FORGET the Premier League title race – Liverpool stars will be focused on a Group 2 in Germany this Sunday.

As, a few hours before Jurgen Klopp’s Reds march out at Anfield against Wolves in their season decider, Mr McCann will be running in the German 2,000 Guineas.

The horse, owned by five Liverpool players and former star Adam Lallana, will be running for an £84,000 pot in Germany.

And he could have much more to offer in his second run under his new trainer Hugo Palmer, who operates at fellow ex-Red Michael Owen’s Manor House stables.

His connections will be hopeful of a good run after a pipe-opener at Chester earlier this month, especially with James Doyle on board. 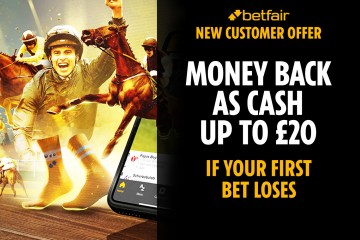 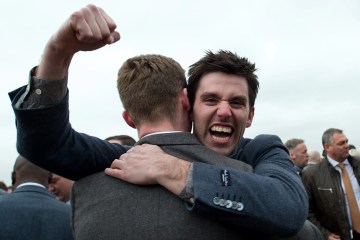 And he could give them the perfect boost ahead of their final battle to pip Manchester City to the title on the final day of the season.

Mr McCann won’t have it easy though as he faces exciting William Haggas two-year-old Maljoom in Cologne.

Maljoom has looked the real deal in two runs, winning by a combined two-and-three-quarter lengths over seven furlongs at Doncaster and a mile at Kempton.

He has formed part of an electric start to the season for Haggas.

At the time of writing the Somerville Lodge chief had banged in 16 winners from 34 runners over the past fortnight for an impressive 47 per cent strike rate.

Tom Marquand was in the saddle for Maljoom’s first two wins, coming at the end of March and last month.

Stevie Donohoe gets the gig this weekend on the Sheikh Ahmed Al Maktoum-owned runner.

Connections will net £84,034 with victory and it looks like Maljoom, who won on good going on debut at Donny, should relish similar conditions in Germany.

OFFERS OF THE DAY

Paddy Power: Bet £20 and get it back as Cash if it Loses – CLAIM HERE

Betfair – Max £/€20 refund on first bet. Bet must be placed in first 7 days of account opening. Only deposits made via Debit Card will be eligible for the promotion. T&Cs apply. 18+ BeGambleAware.Org

Paddy Power: New customers only. Place your FIRST bet on any sportsbook market and if it loses we will refund your stake in CASH. Max refund for this offer is £/€20. Only deposits made using Cards or Apple Pay will qualify for this promotion. T&Cs apply. Paddy’s Rewards Club: Get a £/€10 free bet when you place 5x bets of £/€10+. T&Cs apply. 18+ Begambleaware.org

He spearheads a three-pronged Brit attack on the race, along with Mr McCann and Stan Moore’s The Wizard of Eye, who finished 11th of 15 and nine lengths behind Coroebus in the 2000 Guineas.

The race, open to three-year-old colts and fillies, takes place at 12.23pm on Sunday.