FLAMENGO have made an opening offer of around £8million for Manchester United midfielder Andreas Pereira.

The 26-year-old has been on loan back in his homeland since the summer and the agreement contained the option of a £16m permanent deal at the end of the season.

Flamengo are interested in signing Andreas Pereira from Manchester United on a permanent dealCredit: Getty 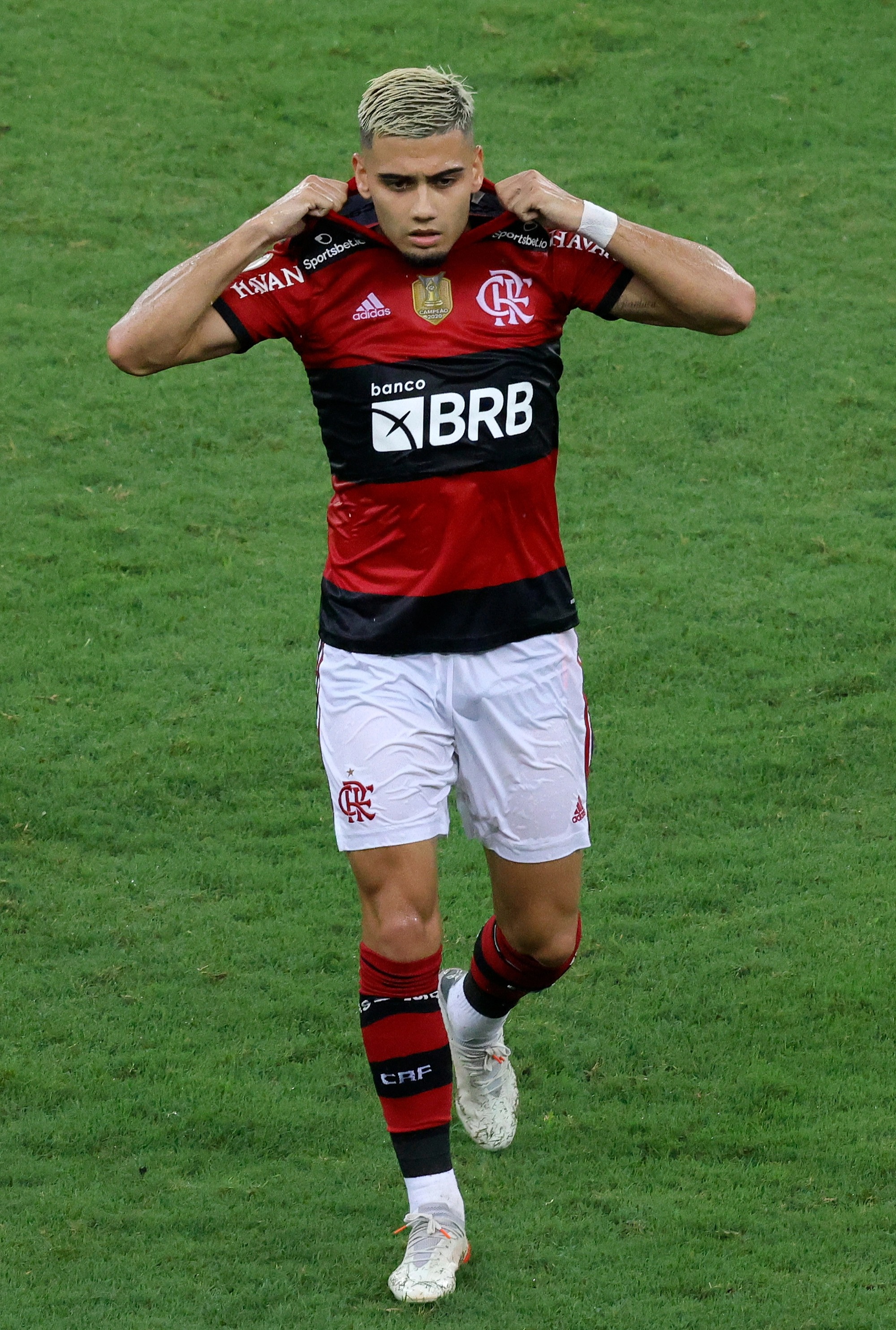 Andreas Pereira is playing on loan at Flamengo from Manchester United his seasonCredit: Getty

So the bid to bring the move forward for a much lower fee is unlikely to be accepted by the United board.

Since arriving at Old Trafford in 2014, he has had loan spells with Granada, Valencia and Lazio – but has started just 36 games for the Red Devils.

All in all, the attacking midfielder has amassed a total of four goals and five assists in 75 appearances with the Manchester giants.

However, the Brazil international is not without suitors as Lazio enquired about signing him on a permanent deal at the end of last season.

But the Romans were told to stump up around £21m for the versatile playmaker, who spent last term on loan at the Olimpico.

Instead, the Serie A giants turned their attentions to Felipe Anderson, who they snapped up from West Ham in a £3m deal.

Fenerbahce were also keeping tabs on the Brazilian during last summer’s transfer window.

Pereira, whose contract at Old Trafford expires in 2023, has been utilised as a deeper-lying midfielder at Flamengo.

But he would still be behind a host of United players in the pecking order if he is to return.

Fred, Nemanja Matic, Scott McTominay and Paul Pogba have all been involved so far this season in the middle of the park.

And interim manager Ralf Rangnick has been linked with a host of midfielders that he could add to the squad after he takes over as a consultant in the summer.