Gareth Bale will NOT return to Tottenham, confirms Nuno.. and Welshman faces not being registered for Real Madrid season

GARETH BALE will not be returning to Tottenham this summer, and faces fight to be registered in Real Madrid’s squad next season thanks to Brexit.

The Welshman won’t be returning to Spurs despite a fruitful return in front on goal during his loan spell last season. 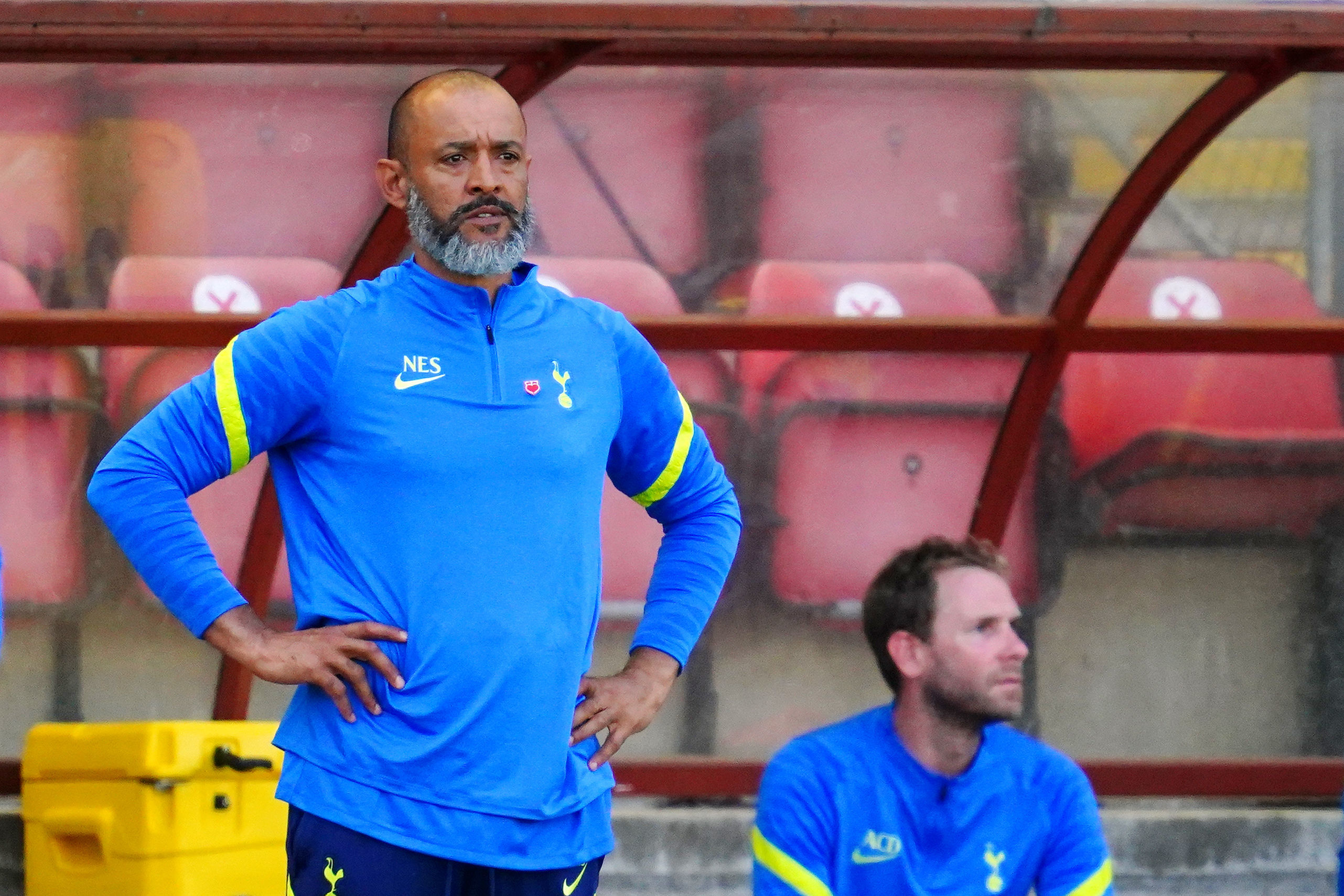 Nuno is taking on his biggest job yet at TottenhamCredit: PA

Bale chipped in with 16 goals and three assists across all competitions for Spurs last season, helping them secure a 7th placed finish.

However, Bale’s goal-scoring exploits won’t earn himself a move back to Tottenham.

BBC Sport reporter Simon Stone has revealed on Twitter that boss Nuno Espirito Santo has squashed any murmurs of a move for the winger.

The new Spurs boss said: “Gareth Bale will not be part of our squad.”

And according to Spanish outlet AS, Bale also faces a dilemma when he returns to Real Madrid.

The Welshman counts as a non-EU player, and LaLiga clubs are only allowed three non-EU players in their squad – thanks to Brexit.

Pressure has been put on both Real and Atletico Madrid, who have a host of South American talent.

Real, in particular, will have a tough decision to make.

One of Bale, Vinicius Jr, Rodrygo or Militao will not be able to be registered as a result of the rule.

AS have revealed one way in which Real could compensate for the returning Bale.

Rodrygo could be sent to Real’s reserve team Castilla, who play in the Spanish third division.

However, it would be incredibly harsh on the Brazilian winger who made 22 appearances for Real last season.

Rodrygo could, however, play for Real in the Champions League despite playing in the third tier for Castilla.

Kieran Trippier is also in the same boat as Bale, but at LaLiga champions Atletico.

Should Atletico hold onto Trippier – despite strong interest from Manchester United – Colombian right-back Santiago Arias could be forced out to compensate for the Englishman in the clubs’ non-EU player quota.