DOMINIC CALVERT-LEWIN ended his seven-game goal drought to put the Everton road warriors back on track.

Stuck on 11 league goals for two months, the England striker bagged the precious winner with a diving header. 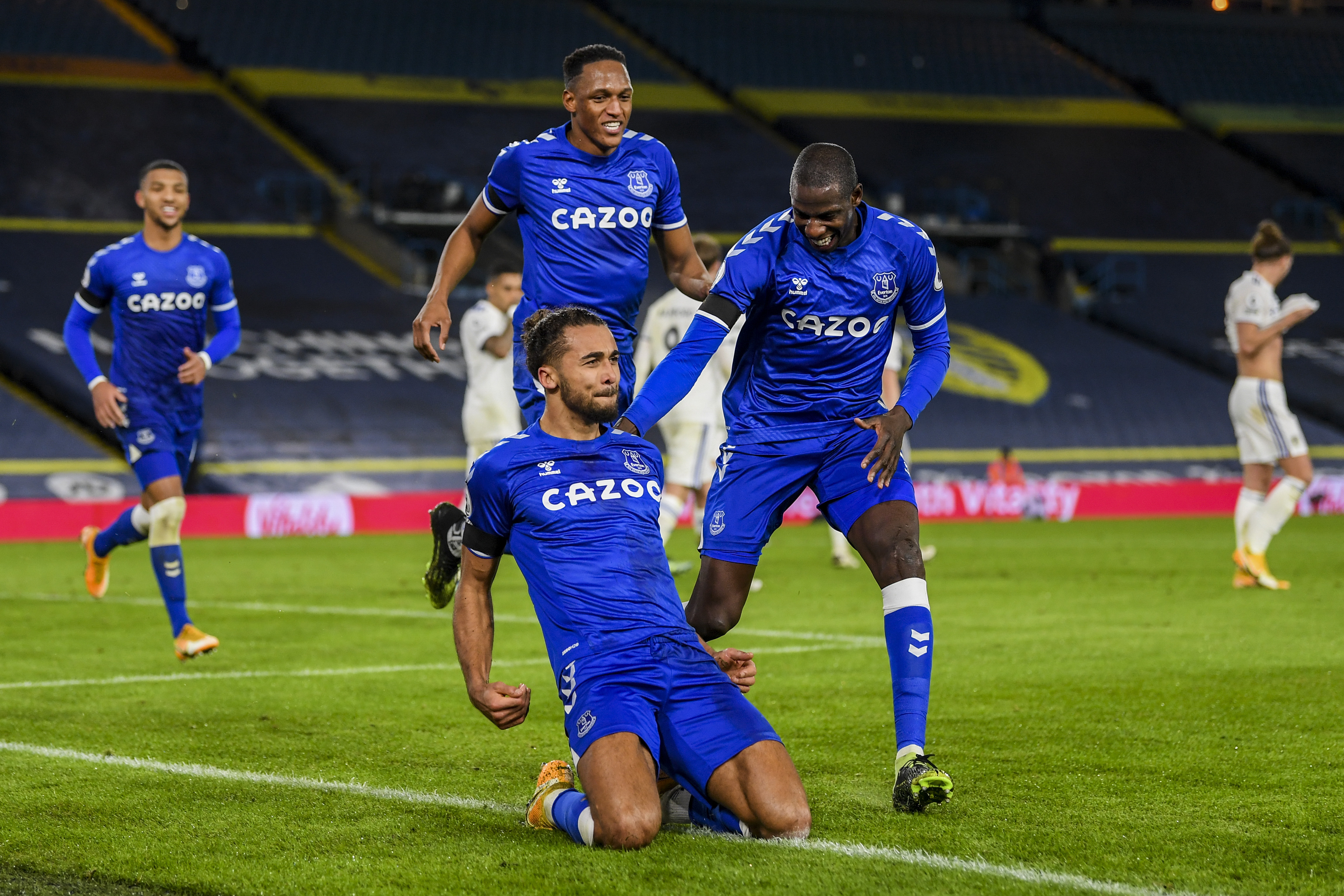 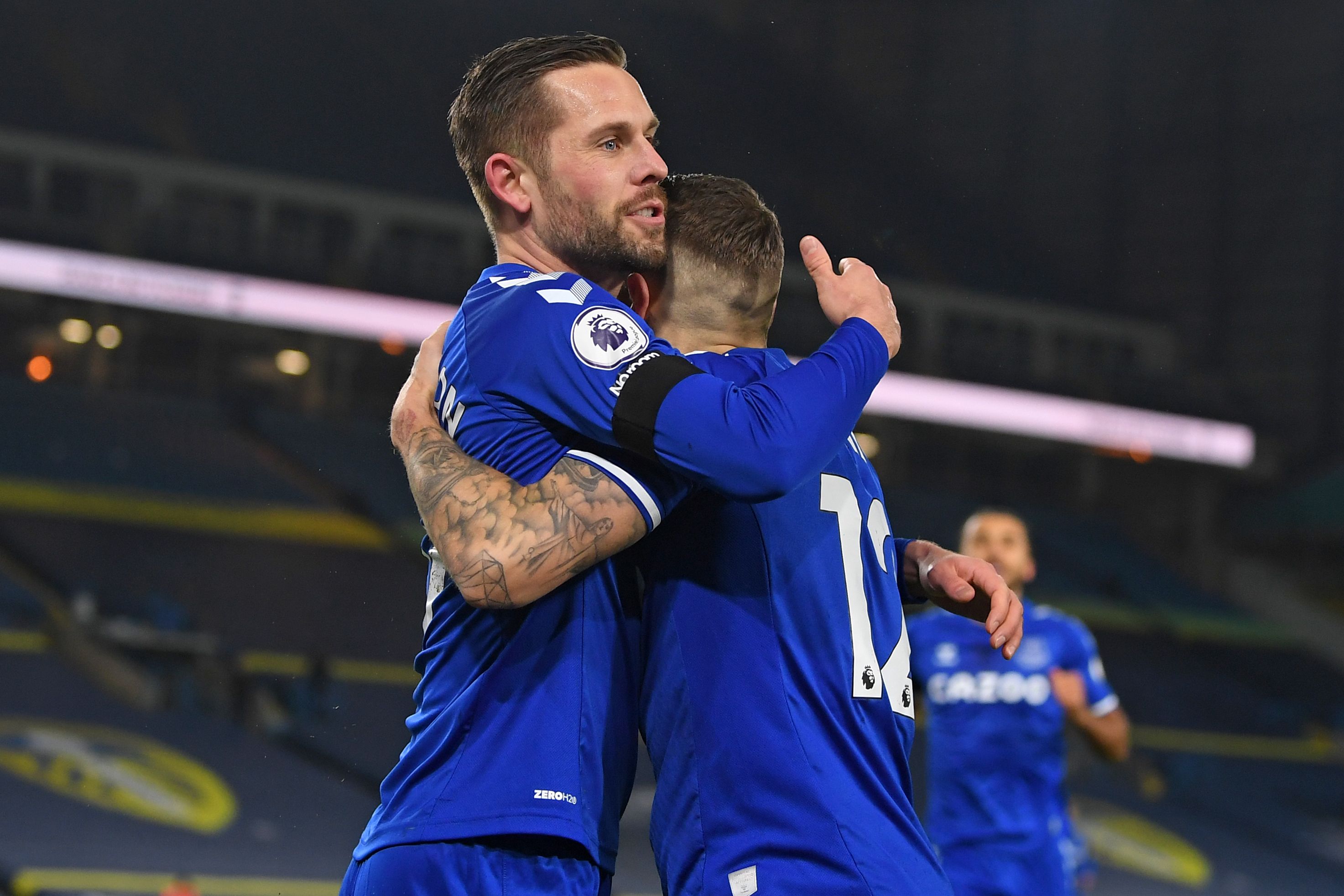 Gylfi Sigurdsson led the way as Everton bounced back from their defeat to NewcastleCredit: AFP

But the Italian will have savoured a glass or two of Chianti back on Merseyside after becoming the first Everton boss to win four consecutive away games since 1985.

Gylfi Sigurdsson got them up and running before Calvert-Lewin’s just before half-time, leaving Ancelotti’s right in the mix for a first top-four finish since 2005.

It was far from straightforward though, with a full-throttle Leeds battering away relentlessly after Raphinha pegged them back.

And Ancelotti will have saved a special toast for keeper Robin Olsen.

In for the injured Jordan Pickford, the Swede had a blinder as Marcelo Bielsa’s marauders smashed on the door.

And their slick new Elland Road surface – bought from Tottenham for £300,000 – hardly had the desired effect, with the visitors ahead nine minutes in. 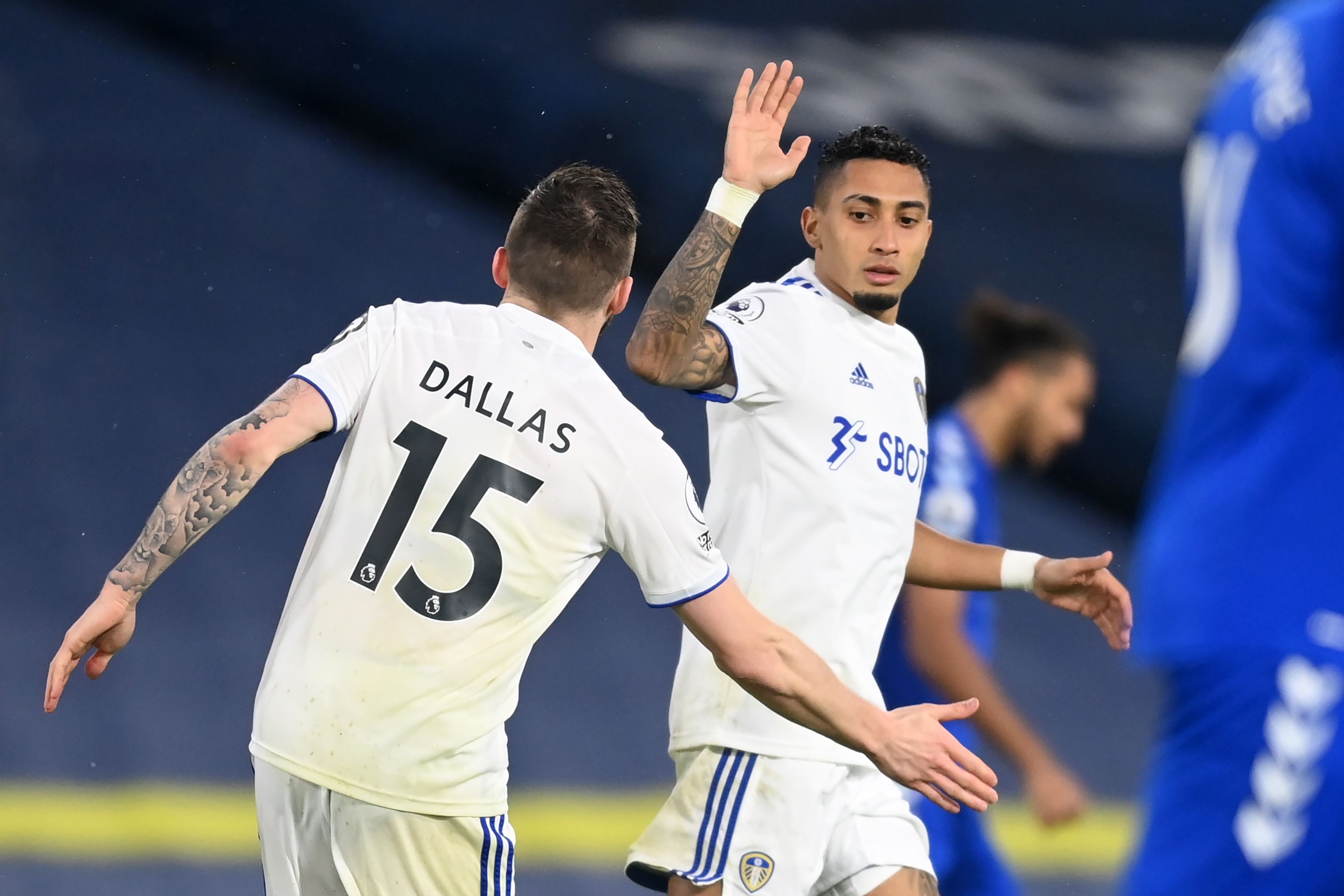 Raphinha pulled one back for Leeds but it was not enoughCredit: AFP 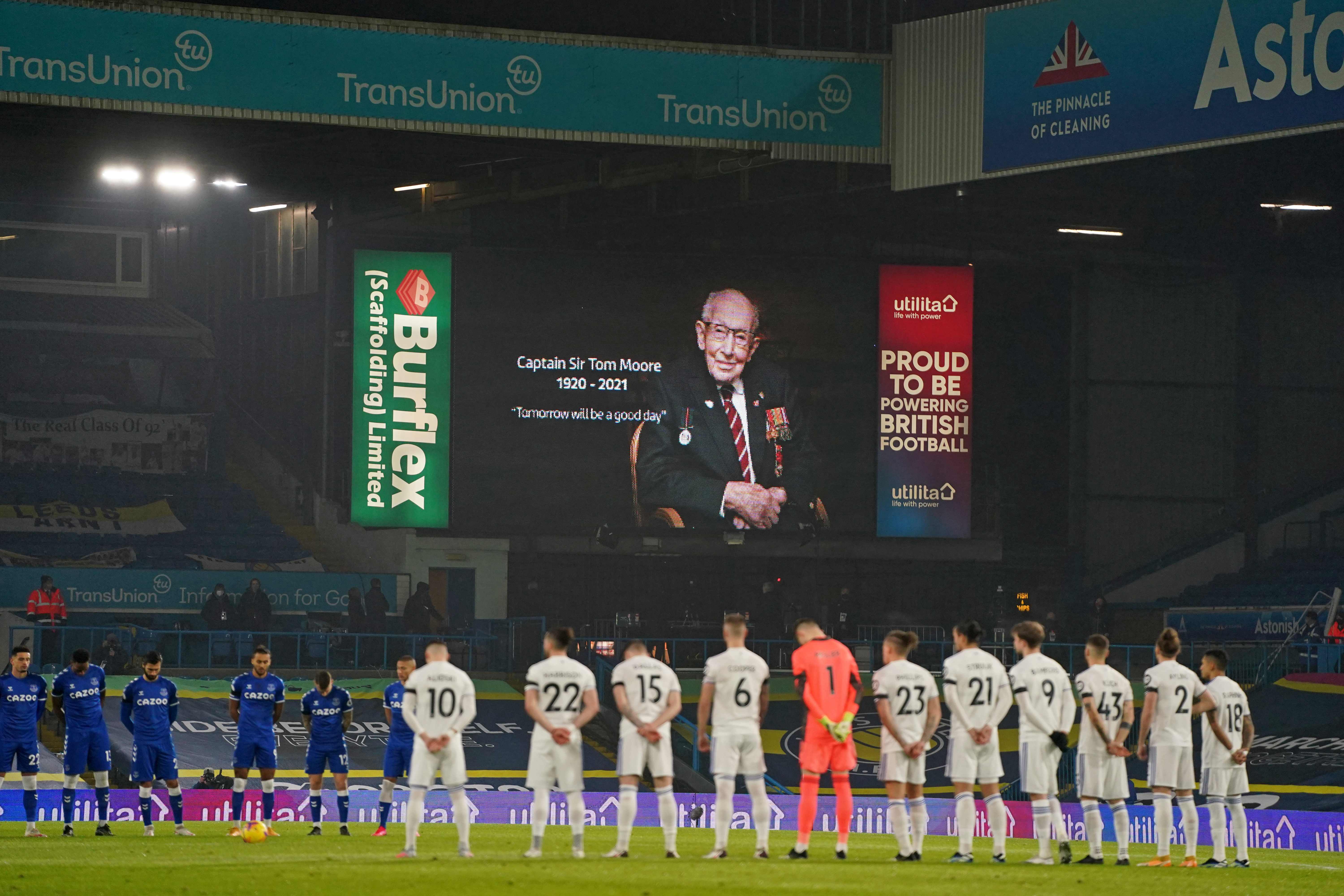 Andre Gomes’ dink down the left found the marauding Lucas Digne, who drilled a low first-time cross into the six-yard box.

Keeper Illan Meslier was nowhere to be seen while nobody spotted Sigurdsson, allowing him to ghost in and prod home his third of the season.

But from the ridiculous came the sublime as Ezgjan Alioski was inches away from a Goal of the Season contender. 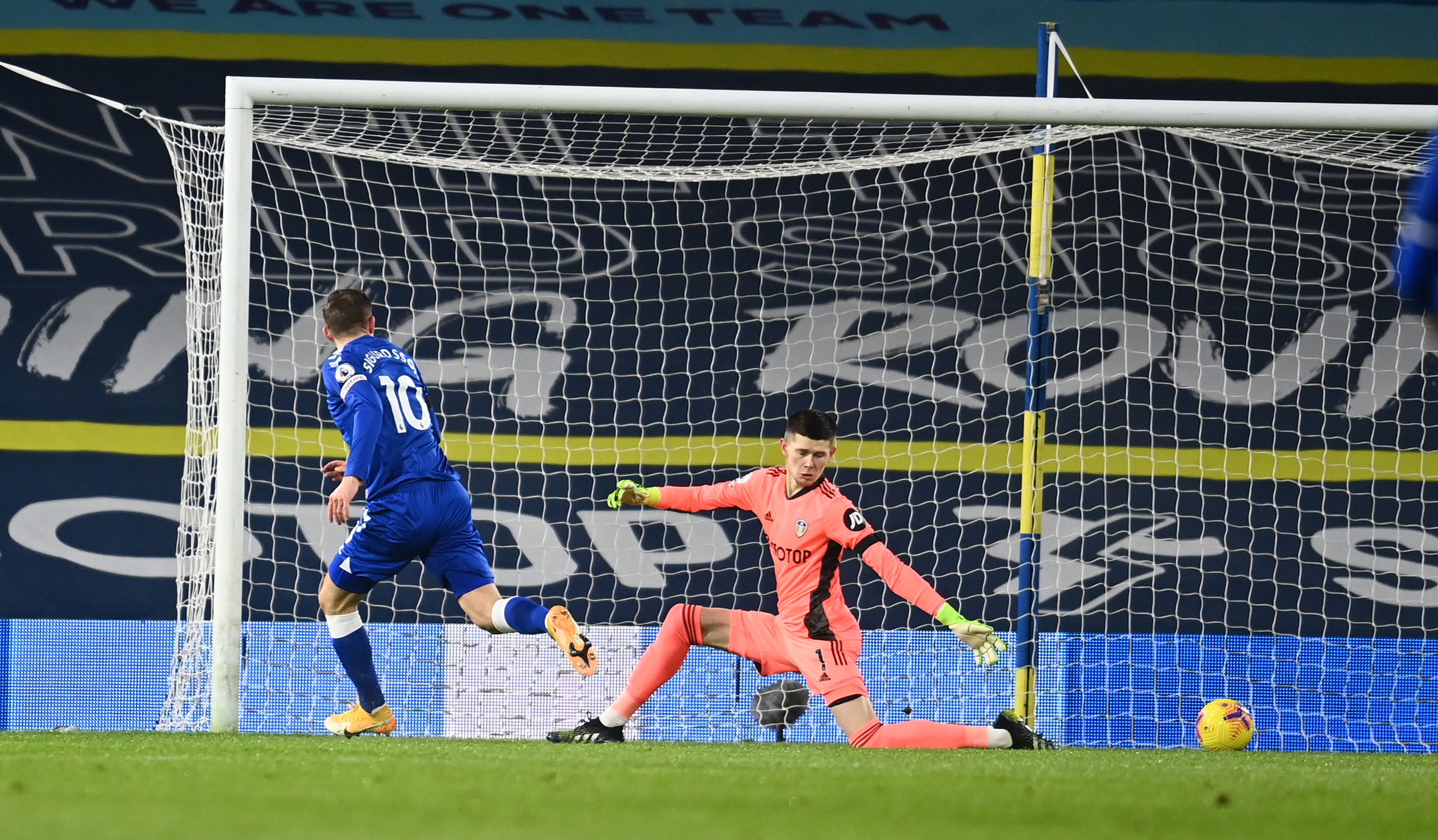 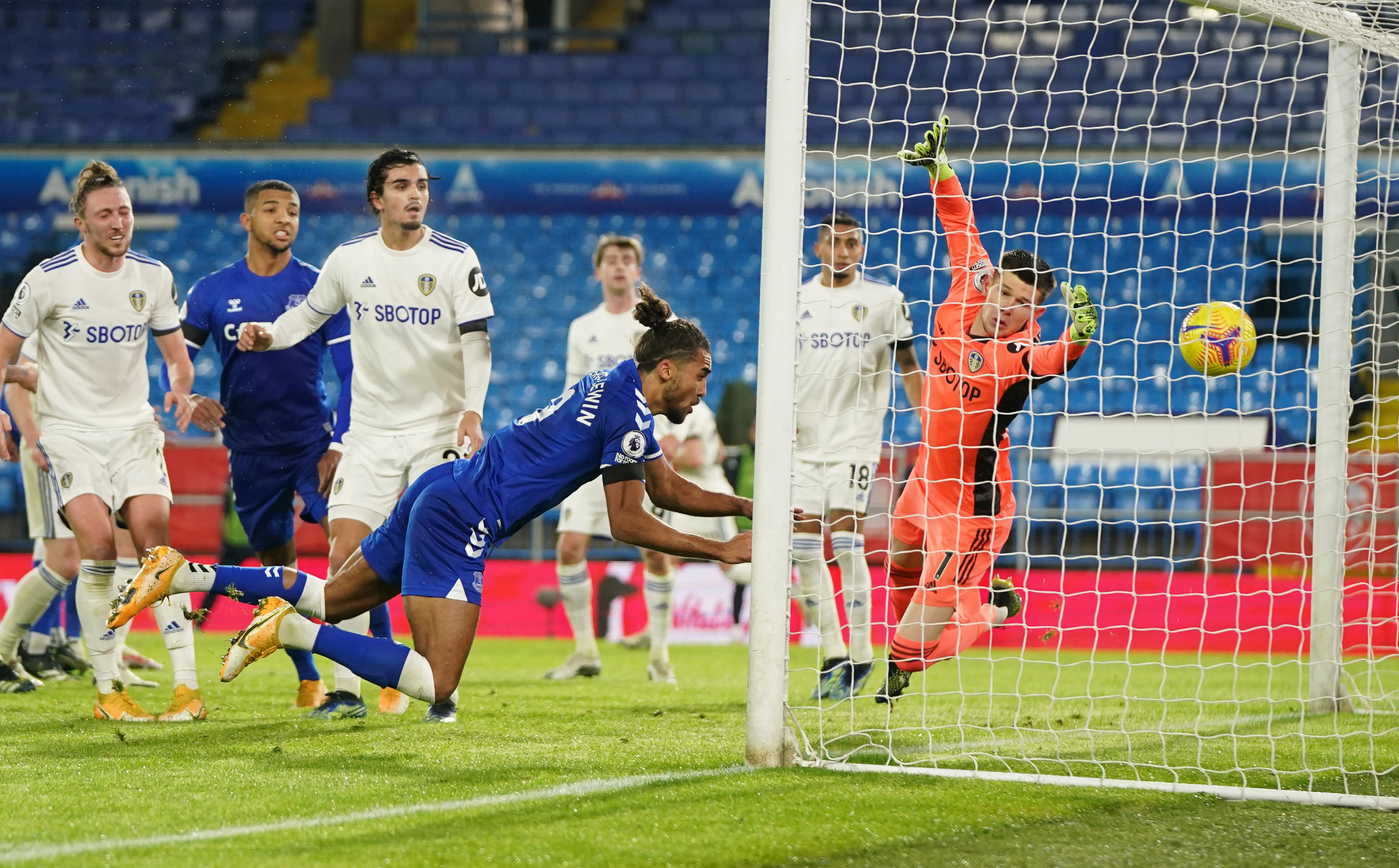 Picked out from a corner on the edge of the box, the left-back’s thunderous volley – think Paul Scholes at Bradford –  beat Olsen all ends up but clattered off the post.

Bielsa’s boys found their groove but were handicapped by their insistence on cheaply giving the ball away.

And four minutes before the break they were two down via Calvert-Lewin. 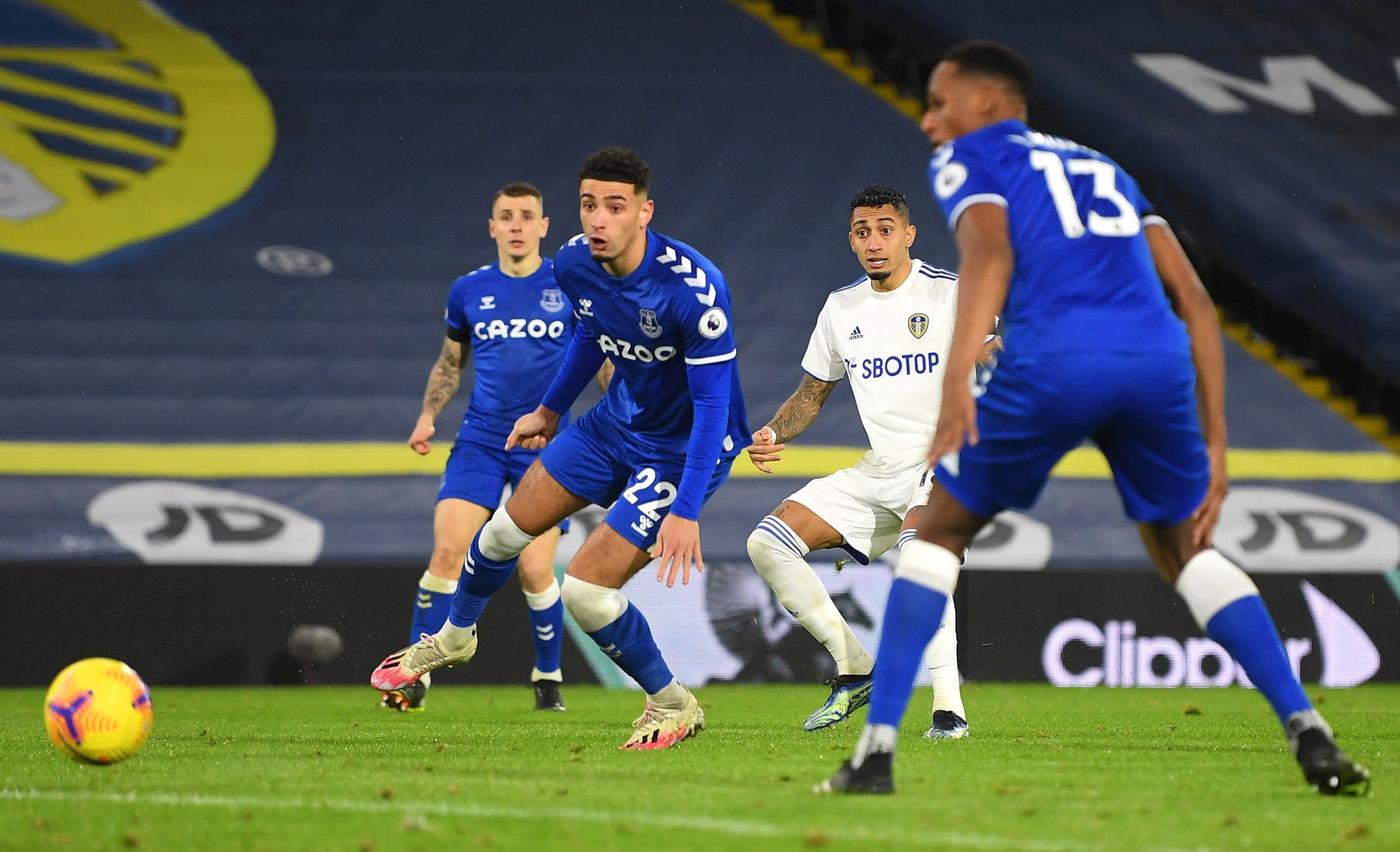 Raphinha made it 2-1 minutes into the second halfCredit: Getty Images – Getty 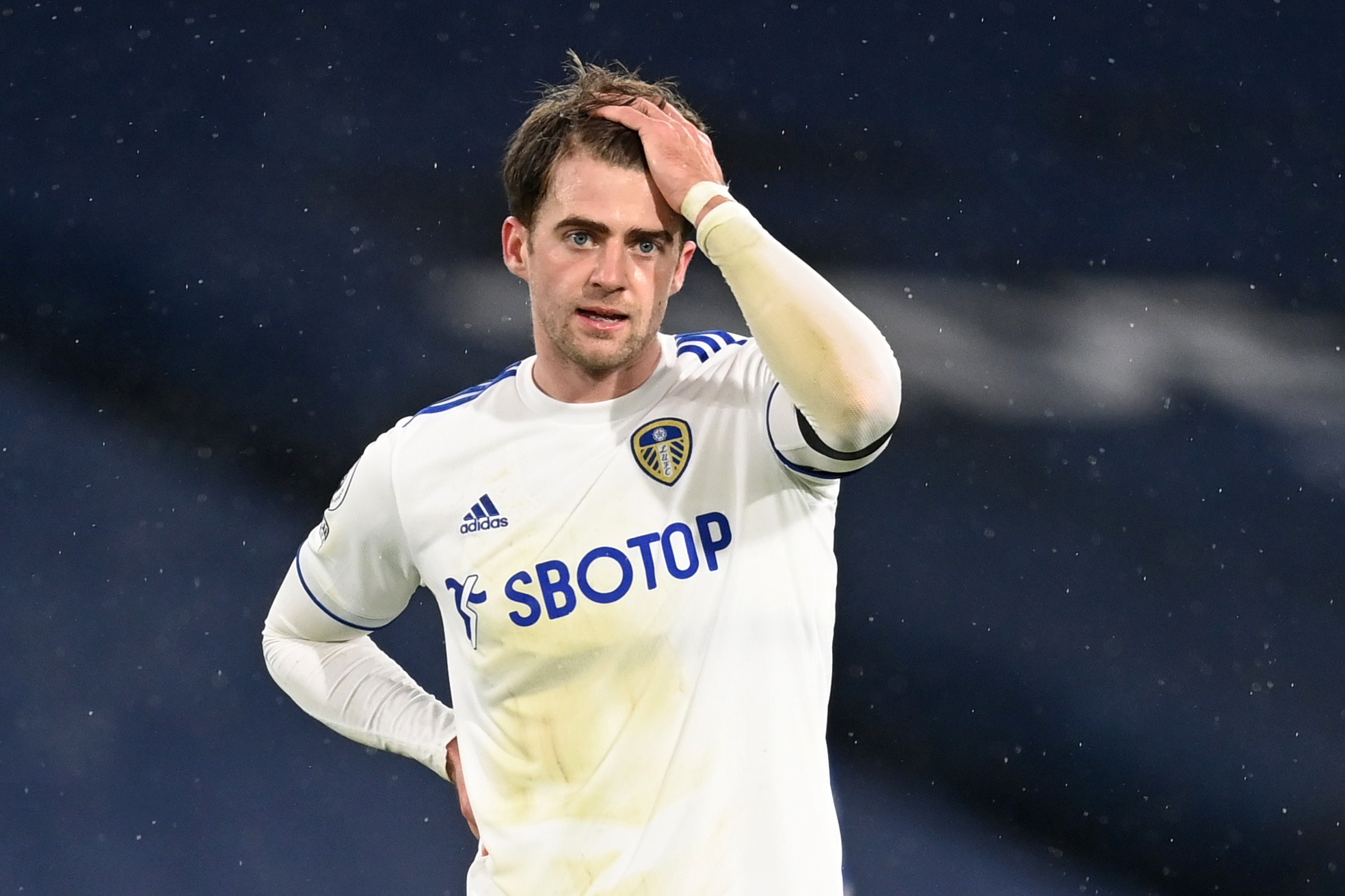 Leeds could not find an equaliser against Everton’s stubborn defenceCredit: Reuters

Sigurdsson’s cross was flicked on by Ben Godfrey, with Euros hopeful pouncing at the back post to nod in from a yard.

But it was game on within three minutes of the restart after Raphinha’s fourth of the campaign.

Everton made a hash of a ball dropping into their box, giving Patrick Bamford a chance to lay it off to the Brazilian, who coolly side-footed into the far corner.

It was all Leeds now, with Everton indebted to Olsen’s heroics in a frantic passage. 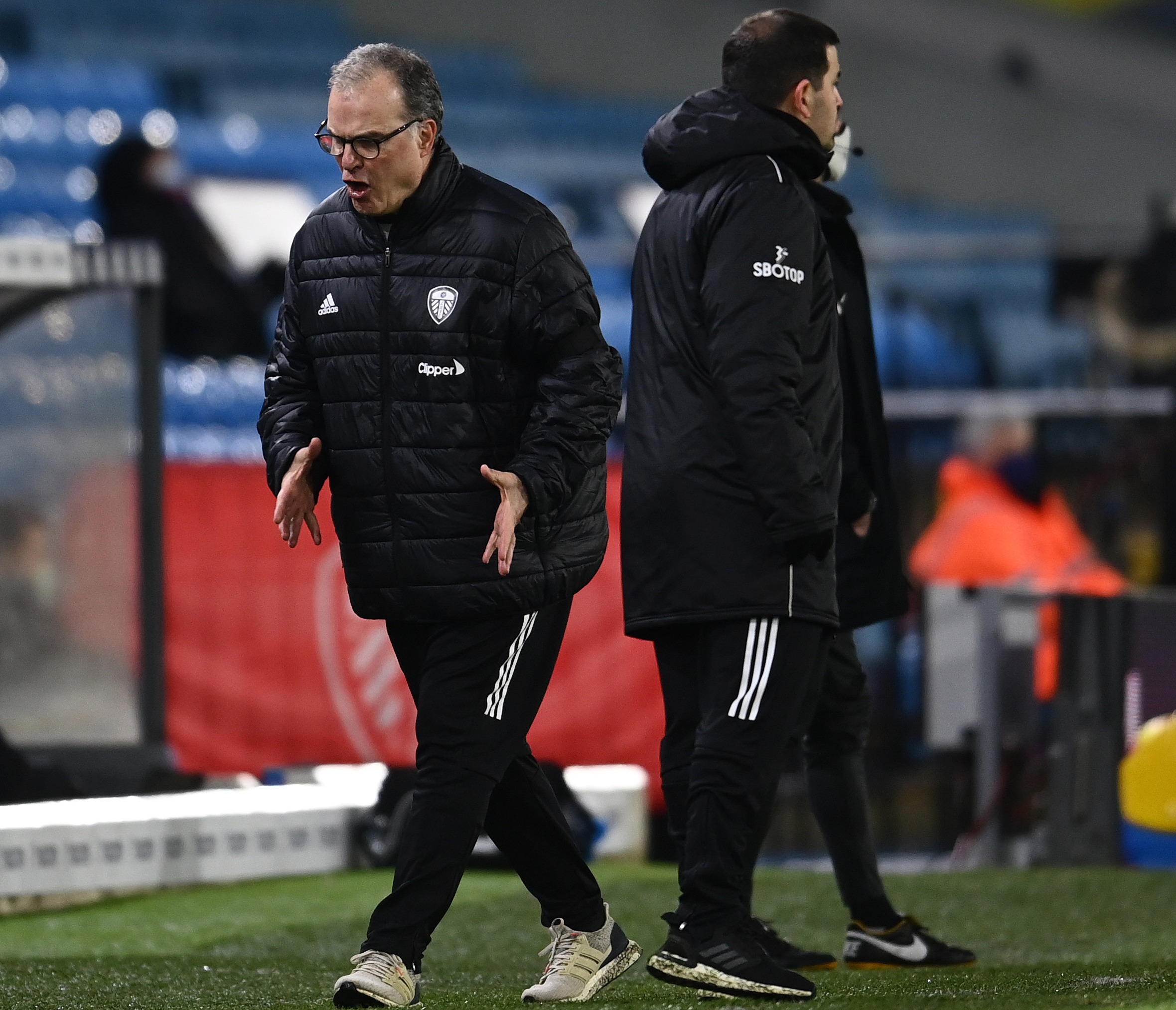 Marcelo Bielsa was his usual animated self on the touchlineCredit: Ryan Browne-The Times 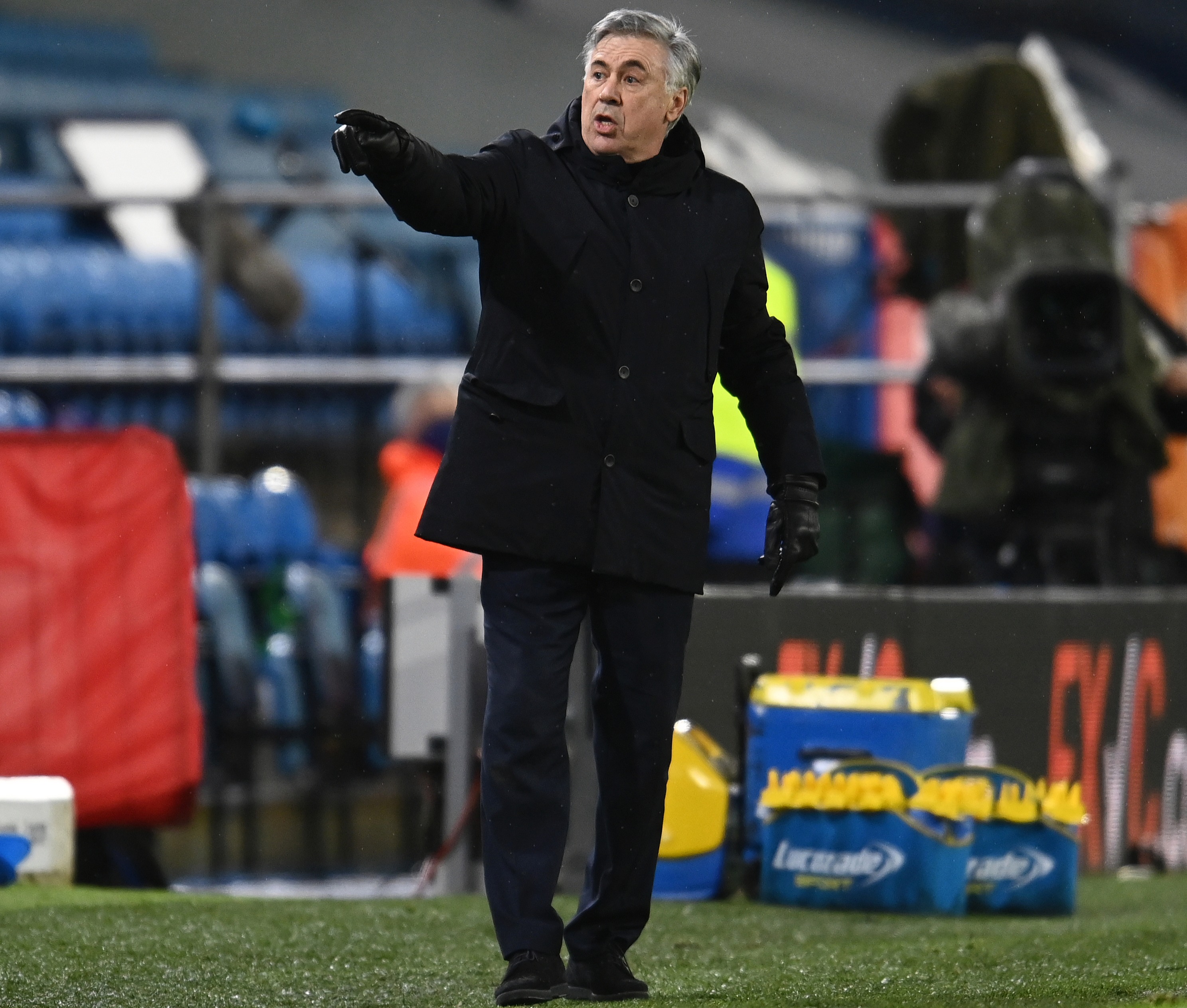 Carlo Ancelotti will have been delighted to pick up the three points away from homeCredit: Ryan Browne-The Times

The Swede somehow changed direction to parry Klich’s deflected shot and smothered Raphinha’s rebound before beating out Jack Harrison’s 20-yard effort to bring up the hat-trick.

The Toffees were hanging on for dear life and Calvert-Lewin should have put the game to bed with four minutes remaining.

But while he fired a one-on-one straight at Meslier, Everton just about clung on for an historic away victory.