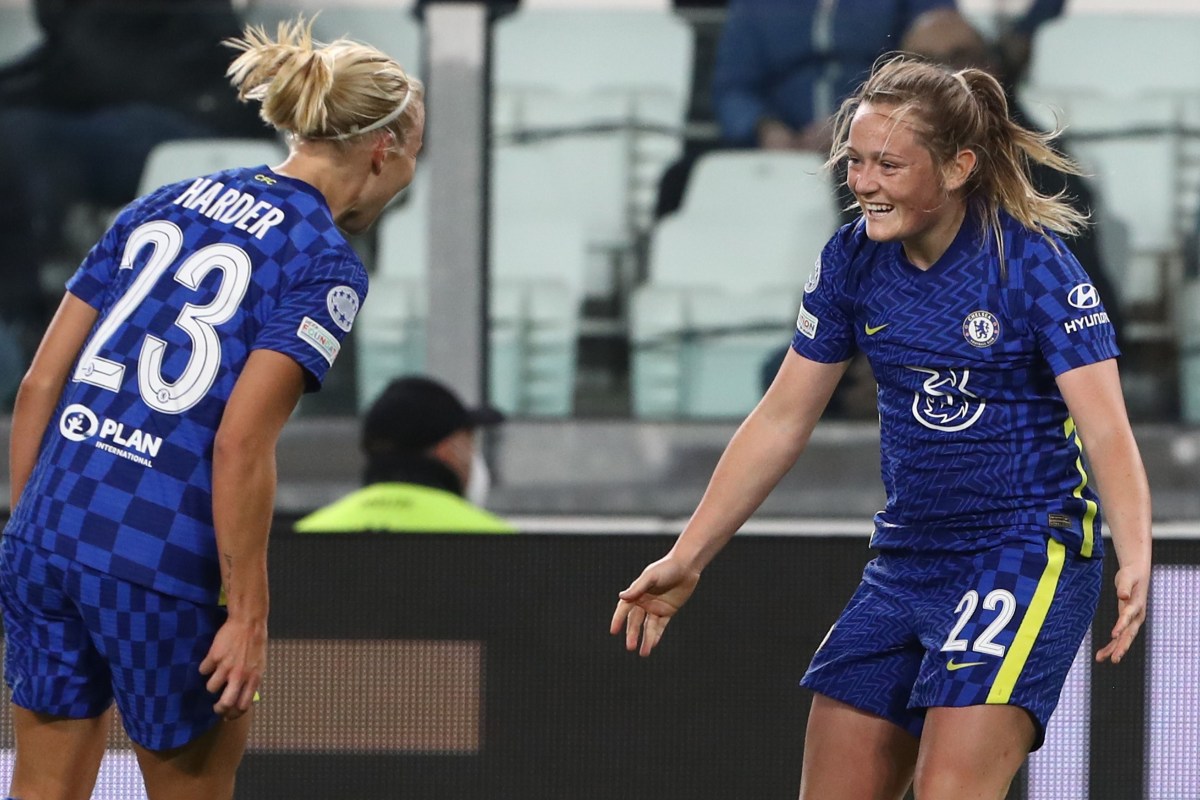 The Denmark captain and Erin Cuthbert were on target as the Blues bounced back with a 2-1 victory to nab their first win in Europe this term.

Pernille Harder and Erin Cuthbert were both on target in Chelsea’s 2-1 win away at JuventusCredit: Getty 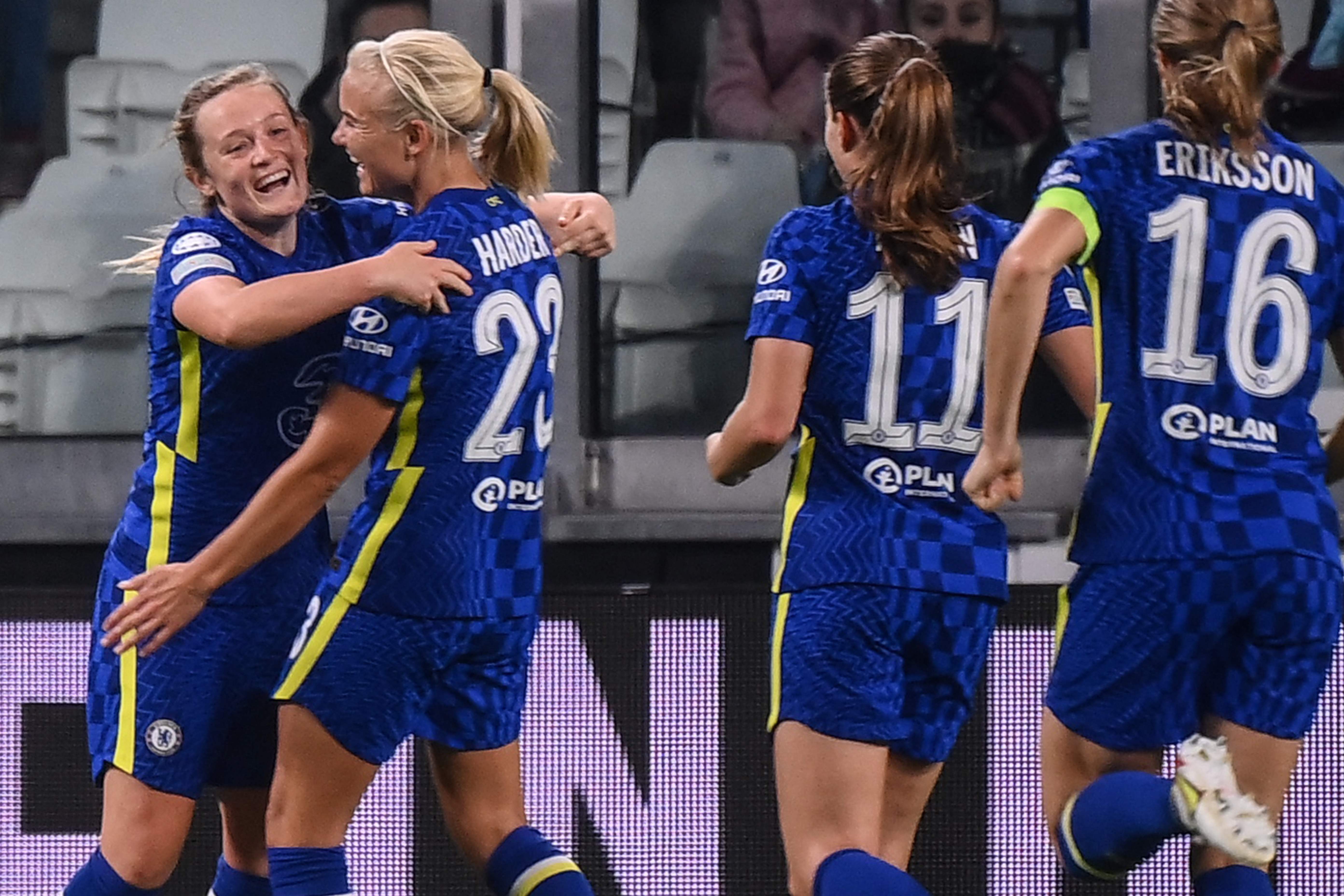 Chelsea have moved to second in Group A behind Wolfsburg ahead of their game against Swiss side ServetteCredit: AFP

On Harder’s efforts, Blues boss Emma Hayes said: “Pernille had an outstanding performance. She’s taken us to an even higher level.

“Her standards day-in, day-out are what every young person should look up to. I’m so glad she’s part of our squad.”

Hayes added: “It was a difficult first half, but Erin drove inside and kept going like we know she’s capable of.

“She’s another player who’s had a good pre-season, and took her chance and at this level, you’re not going to get a lot of chances.”

The match in the atmospheric home of Juve’s Allianz Stadium saw ex-Arsenal boss Joe Montemurro pitting his wits against Hayes for the first time since February.

Coming into this game the Italian side, who are second in Serie A’s Women’s division, had won their first six top-flight encounters including a 2-0 defeat of Napoli.

And while the Turin club began brightly, it was the WSL champs who got on the score sheet first.

They did so through Erin Cuthbert’s surging run into the box from the right with the Scotland ace latching on to a Pernille Harder pass to slot home in the 30th minute.

However, Juve, who looked dangerous through Lina Hurtig’s pace and their lofted passes into the box, refused to be bowed.

And they equalised with a Barbara Bonansea volley moments later prompting a huge roar from the 16,781 strong crowd.

The opening minutes of the second half saw Juve’s Christina Girelli unsuccessfully appealing for a penalty after going down in the box following a challenge from Magda Eriksson. 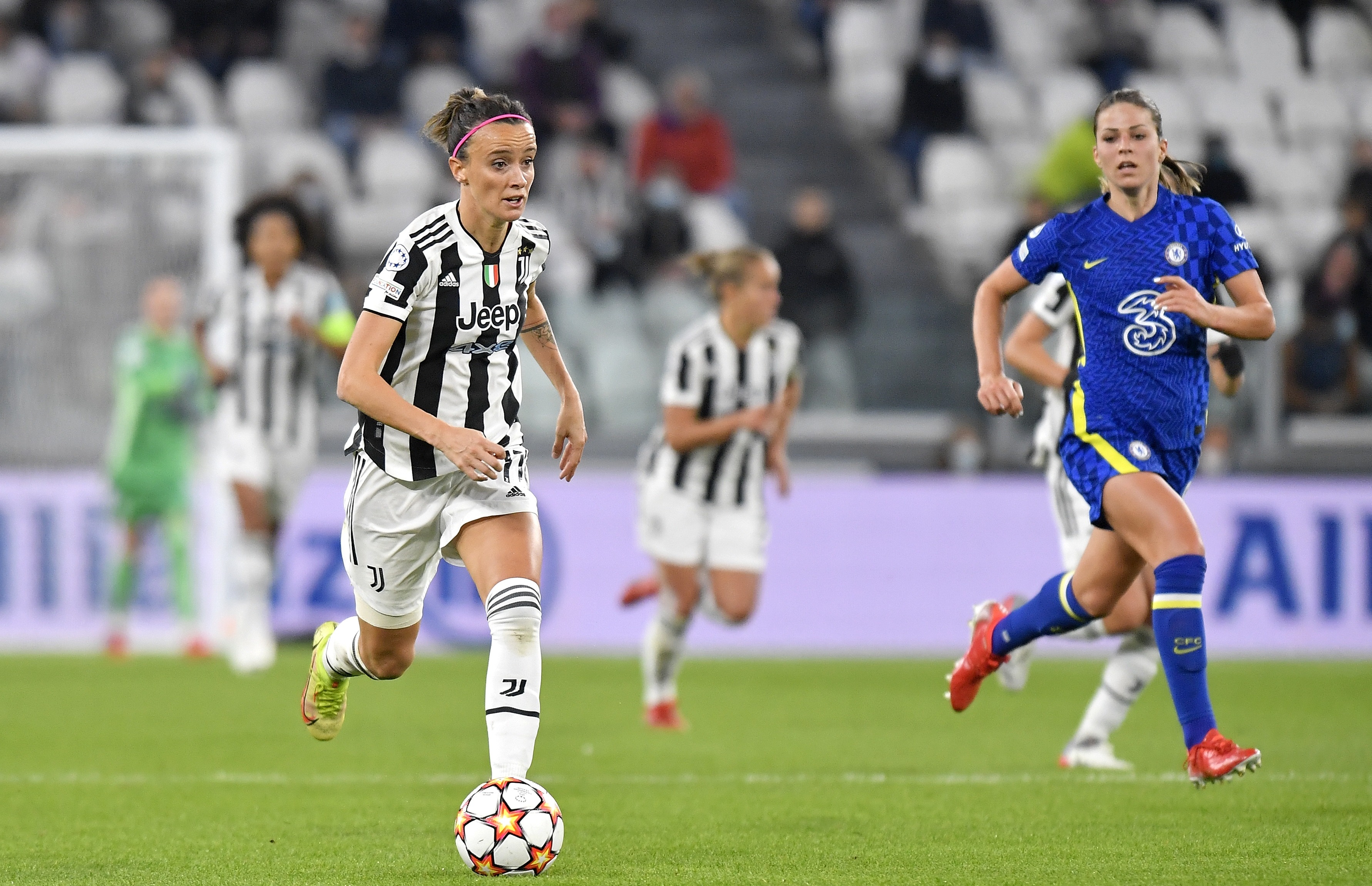 Barbara Bonansea pulled a goal back for Juventus in the first halfCredit: Getty

And the visitors piled on the pressure with Melanie Leupolz blazing a 58th minute shot over the bar and Harder shooting narrowly wide moments later.

However, the Ballon d’Or nominee got her second goal in the tournament.

The midfielder latched on to a loose ball following a one-two between Sam Kerr and Fran Kirby to bury Chelsea’s second.

This came with Sam Kerr’s long-range effort prompting a flying save from Pauline Peyraud-Magnin to keep the ball out of the top-left corner. 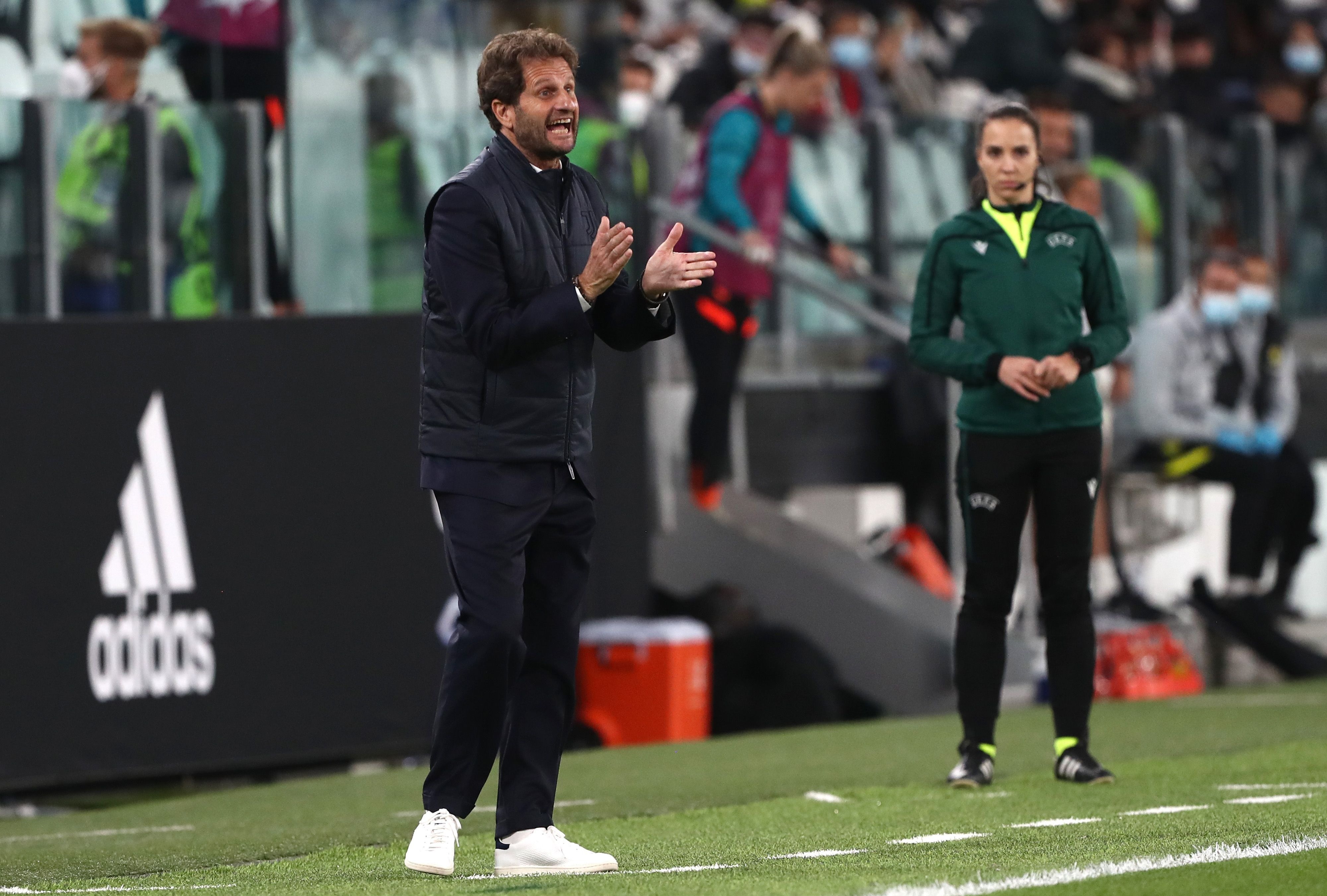 Joe Montemurro said the match was a ‘massive learning curve’ for his playersCredit: Getty

The Blues, who take on Servette next in Europe, saw out the win to move to second in Group A behind Wolfsburg with Juve dropping to third.

Following the result, Montemurro said: “The Champions League is the highest level and the reality is that the top teams find a way.

“Chelsea found a way. We have to learn to make sure these moments don’t happen.”