HARVEY ELLIOTT could be set to return to action this term following a successful operation on his left ankle at a hospital in London.

The Liverpool starlet, 18, sustained a fracture and dislocation after being tackled by Pascal Struijk during Liverpool’s 3-0 win against Leeds at Elland Road.

Harvey Elliott suffered a grim ankle injury after being tackled during Liverpool’s win against LeedsCredit: Rex

The centre-back was sent off for the challenge by referee Craig Dawson with Elliott later refusing to place any blame on the defender.

Reds officials have not given details on timings as to when the Anfield starlet will return to action for his club but are hopeful his injury will not end his season.

The London-born forward was enjoying an impressive beginning to this season, having appeared in Liverpool’s first four Prem games with the team set to play AC Milan in the Champions League later.

And The Athletic claims the player, who is now operating in a new role in midfield, will embark on a long stint of rehabilitation.

Team doctor Jim Moxon who treated Elliott during the match at Leeds along with physio Chris Morgan assisted in putting the player’s ankle joint back in place.

“We were able to reduce the dislocation immediately on the pitch and Harvey had surgery today to repair the fracture and ligaments damaged in the incident. The operation was a success so his comeback starts now.

“We won’t put pressure on him by setting a specific timeframe beyond being able to say with confidence we expect him to feature again later in the season following our rehab programme.”

Reports claim Elliott will undergo six weeks of physiotherapy and rehabilitation without putting pressure on his ankle joint. 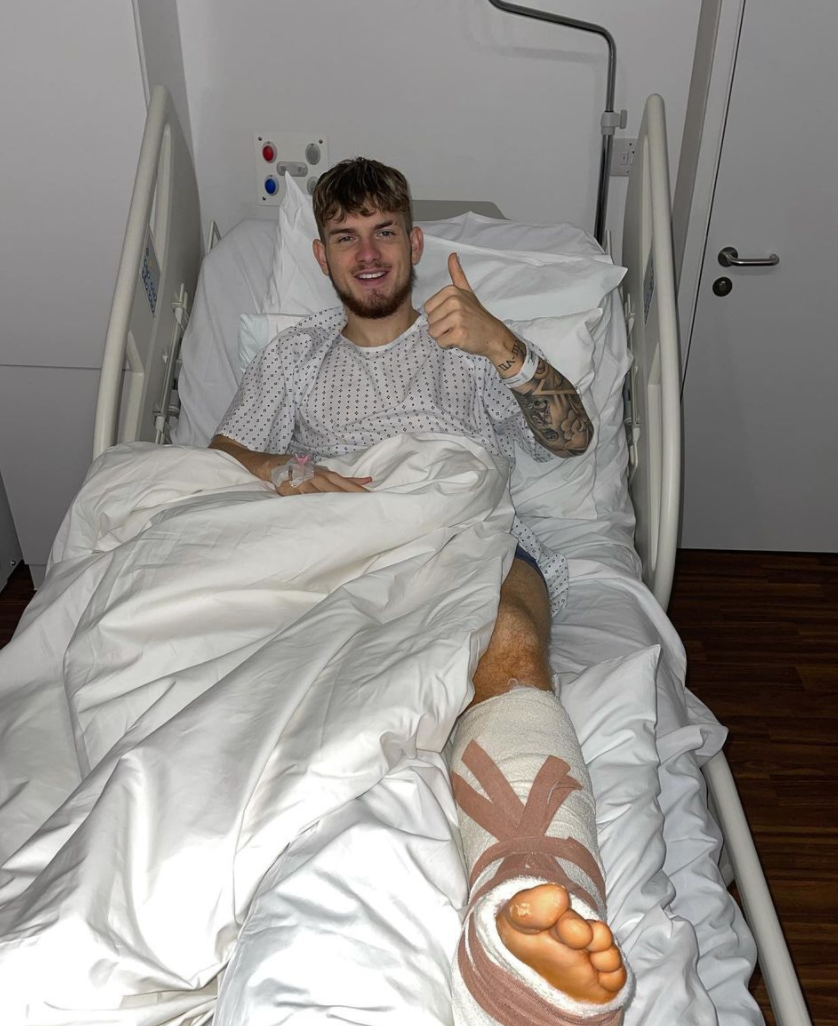 Elliott could potentially return to action this season according to reports

This is expected to be followed by another six weeks of weight-related activity including hydrotherapy.

It is thought treatment may also include light training for three months.

And it is reported footballers who suffer injuries of the kind endured by Elliott can end up out of action for four to six months.