VIRGIL VAN DIJK struck to slay the Red Devils — and Louis van Gaal could not have been happier.

Liverpool legend Van Dijk soared above Belgium defender Zeno Debast, 18, to power home a header from Cody Gakpo’s 73rd-minute corner and kill off the visitors’ hopes of pulling off the miracle they needed to make the finals.

Virgil van Dijk enjoys his winner to seal top group spot and a place in the Nations League finals for Holland at the expense of BelgiumCredit: AFP 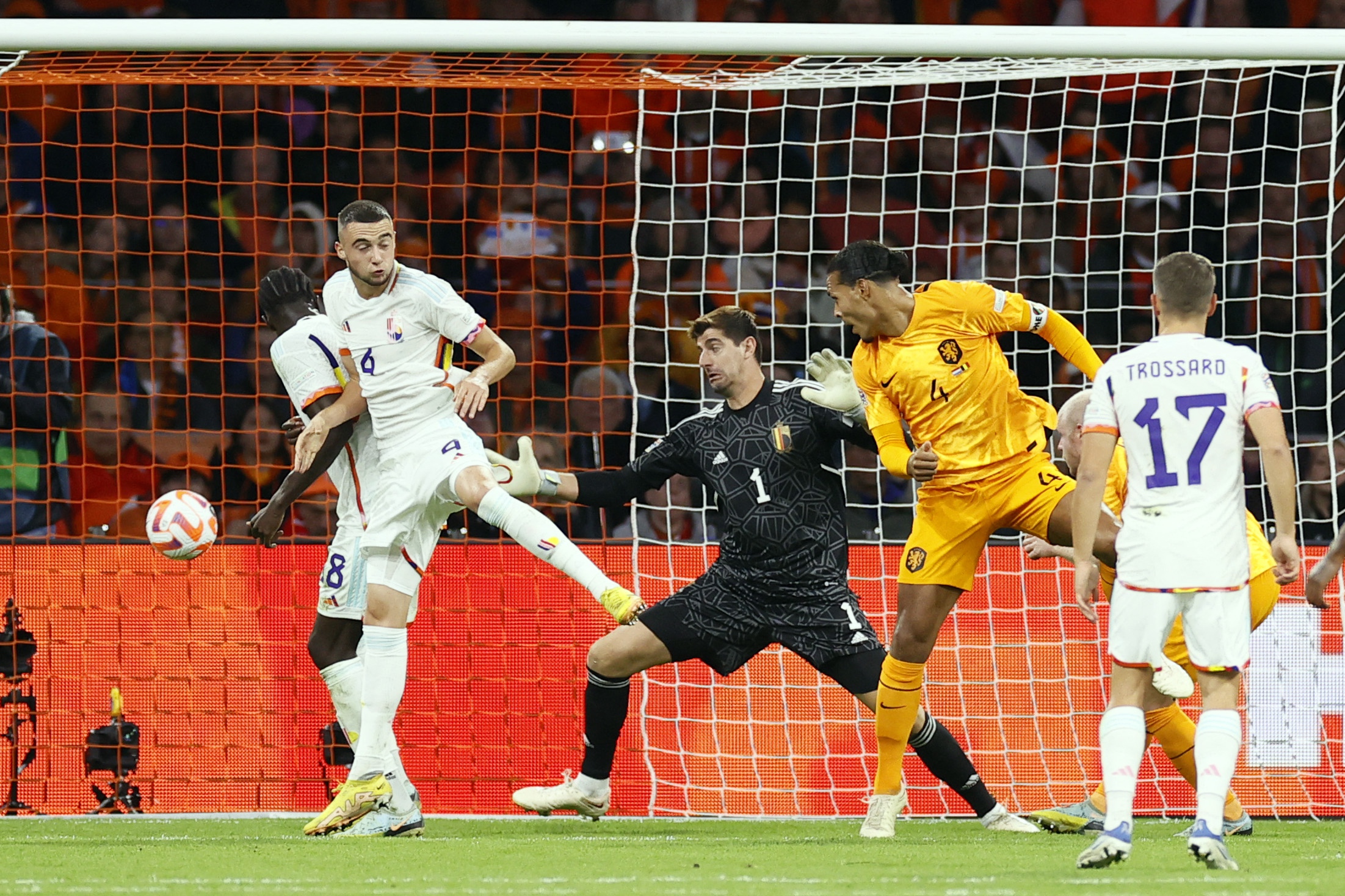 Liverpool’s Virgil van Dijk put aside criticism of his club form with the only goal at the Johan Cruyff ArenA in AmsterdamCredit: AFP

It gave the perfect answer to his critics as the 31-year-old Anfield centre-back bounced back from some indifferent club form to grab his sixth  international goal in a 49th  appearance for his country.

Harry Maguire, the stage is set for you against Germany tonight!

Belgium’s miserable night was summed up with the final kick — sub Dodi Lukebakio smashed a scissor-kick against the post but he could not spoil Van Gaal’s celebrations at reaching the Nations League finals.

The 71-year-old came out of retirement to lead his nation to Qatar following a disappointing Euro 2020 campaign, now he has more glory in his sights. 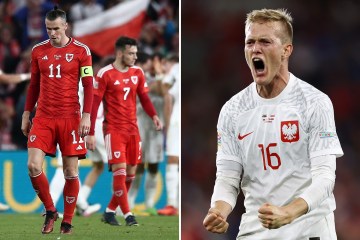 The Dutch had done most of the heavy lifting in June when they thrashed the Belgians 4-1 in Brussels to seize control of Group A4.

That was always a tall order against Van Gaal’s resurgent side, who had not lost in 14 games since the ex-Manchester United manager returned for a third spell in charge a year ago.

That sensational away win meant Roberto Martinez’s team needed to win by at least three goals in the Johan Cruyff ArenA to pull off a miraculous turnaround and leapfrog their very noisy neighbours.

During those three stints Van Gaal has only lost four of his 57 matches in charge.

To put that in context, Gareth Southgate will attempt to avoid his fourth defeat since June at Wembley tonight.

At the other end of the scale Thierry Henry took charge of Belgium for the first time in place of boss Martinez, who was banished to the stand after  copping a red card in his side’s 2-1 win over Wales on Thursday.

How Henry must have wished his players could have finished the way he used to in his prime.

Instead Eden Hazard blazed over from 12 yards, Axel Witsel fluffed his shot following a delightful chip from Kevin De Bruyne and Leicester’s Timothy Castagne sliced wide when they all should have scored.

The Dutch moved up several gears after a slow-burn first half and Thibaut Courtois  produced a fingertip save to deny Denzil Dumfries before Belgium blew their best chance.

De Bruyne picked out  Amadou Onana six yards out but the Everton midfielder’s shot was brilliantly touched away by keeper Remko Pasveer.

And Van Dijk put Belgium out of their misery as the Dutch romped Group A4 by six points.