ARSENAL have been joined by Manchester United, Tottenham and Liverpool in the transfer race for Lyon’s Houssem Aouar.

Aouar has just two years left on his current deal at Lyon, putting the French club in a difficult situation of stick or twist.

Aouar has been linked with a move to the Premier League, with his future at Lyon in doubtCredit: GETTY IMAGES

According to ESPN, the Ligue 1 club would prefer to offload the impressive 23-year-old and cash in.

The report states that Tottenham and Arsenal are leading the race between the Premier League giants.

But after missing out on signing creative midfielder Emiliano Buendia this summer – who joined Aston Villa – Arsenal could return for Aouar, and a deal worth £21.3m could be enough to sign the Frenchman this time around.

North London rivals Tottenham are also keen on Aouar and have a very good relationship with Lyon after their positive dealings with the Ligue 1 club when negotiating a deal for Tanguy Ndombele.

And boss Nuno Espirito Santo could look to reunite Aouar and Ndombele for the upcoming season to fire Spurs back into the top four.

Liverpool are on the hunt for a Georginio Wijnaldum replacement, who left the club in the summer and joined French giants Paris Saint-Germain on a free transfer.

The Reds have been tracking Aouar’s progress for some time and could be tempted to make an offer – seeing him as a long-term replacement for Wijnaldum. 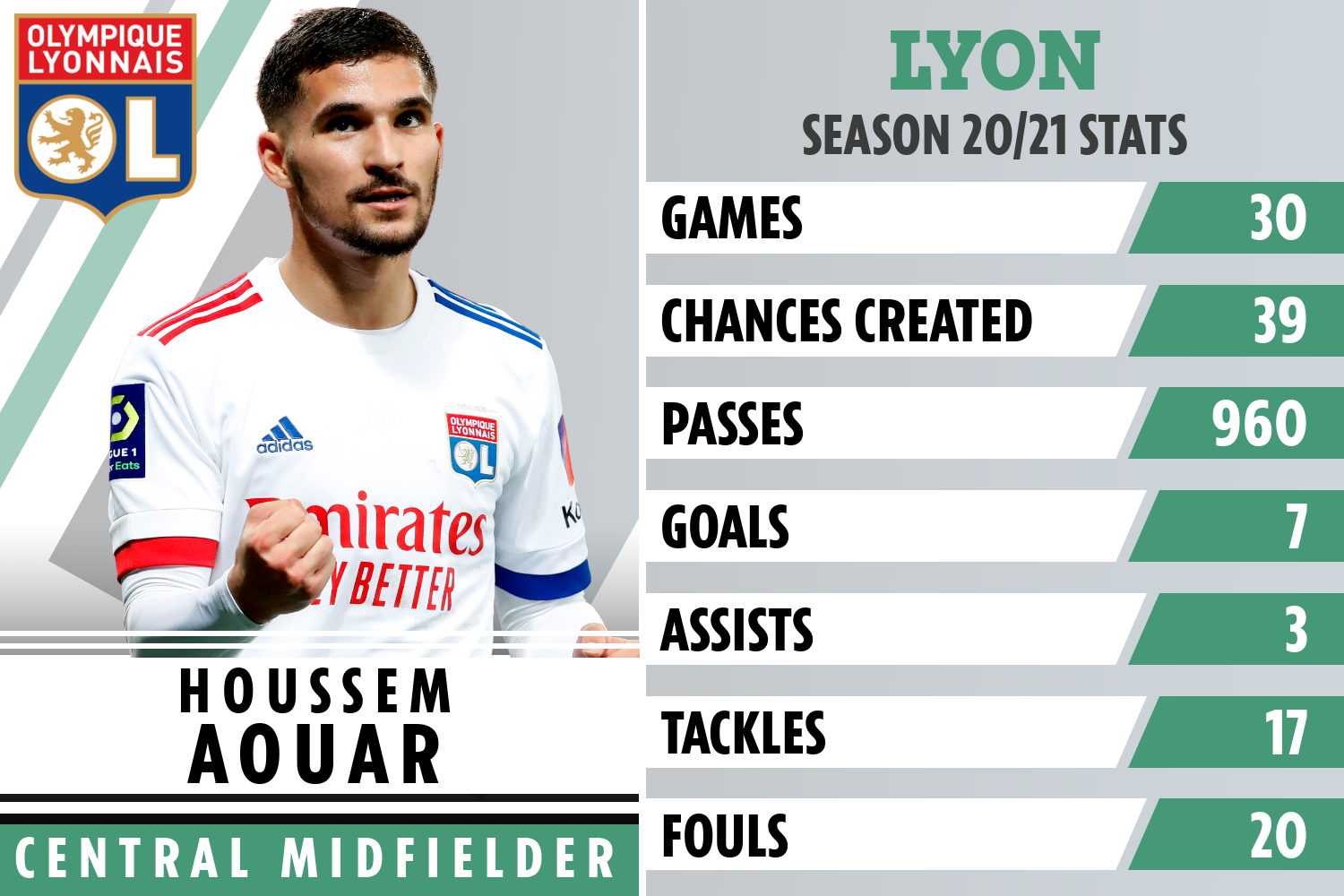 However, Liverpool’s relationship with Lyon turned sour back in 2018 after unsuccessful negotiations for then Lyon ace Nabil Fekir.

Paul Pogba’s uncertain future at Man Utd has forced the Red Devils to keep a watchful eye over Aouar.

Should Pogba decide to quit Old Trafford this summer – with PSG rumoured to be interested – Aouar is a good replacement, and he is five years Pogba’s junior.