ARSENAL could again line up without three of their key players ahead of their trip to Wolves.

The Gunners were held to a 0-0 draw at home to Manchester United on the weekend, but did so without injured pair Bukayo Saka and Kieran Tierney. 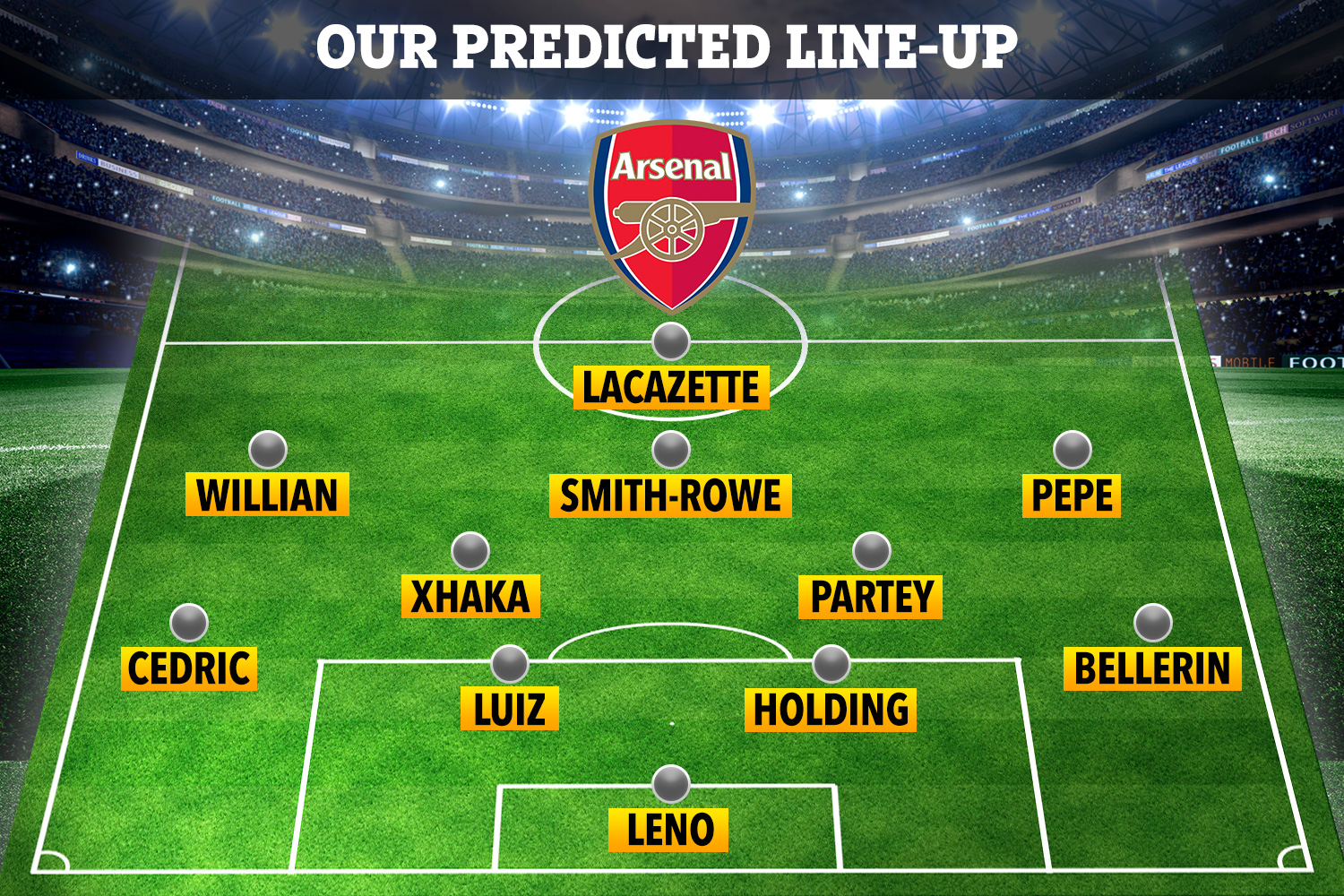 How Arsenal could line up against Wolves

Providing an update on the forward, manager Mikel Arteta said: There’s still some things to clear up.

“Maybe yes, maybe no. We don’t know. We’re still doing some paperwork at the moment.”

And on Saka and Tierney, Arteta revealed: “Today we’ve got a training session and they haven’t been able to train with us yet, so I think it will be really difficult for them.

“But I don’t know, we’re going to try to last-minute see how they are feeling.”

It means Arsenal could start with the same backline of Hector Bellerin, Rob Holding, David Luiz and Cedric Soares with Bernd Leno in goal.

But if Tierney does return at left-back, Arteta will have to choose from Bellerin and Cedric on the right side.

Deploying a 4-2-3-1 of late, Granit Xhaka and Thomas Partey can expect to keep their pairing in the defensive pivot. 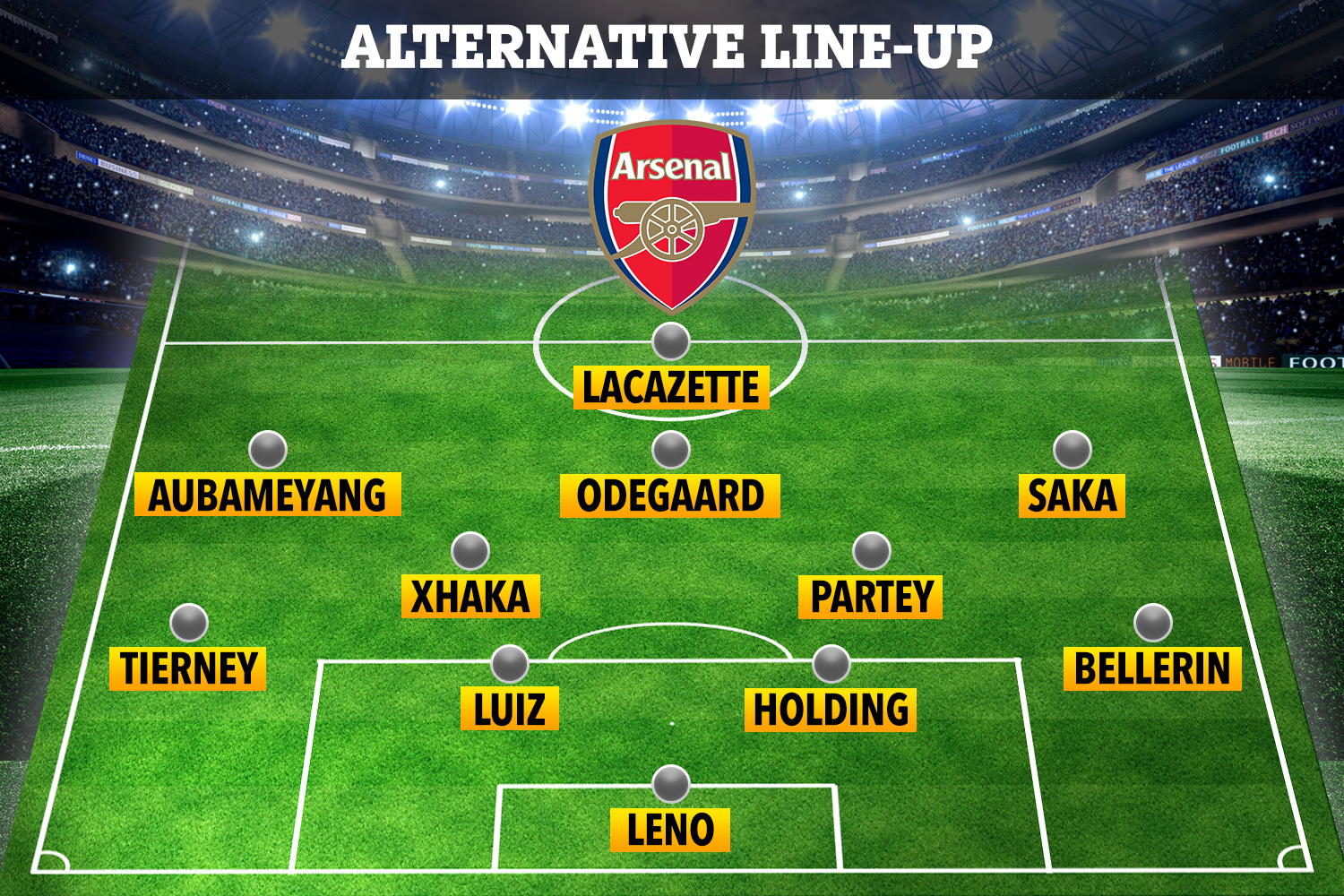 How Arsenal could line up against Wolves

And in-form Emile Smith-Rowe has enjoyed seven consecutive starts in the N10 role.

But, if the starlet is to receive a rest, winter signing Martin Odegaard would be primed to come in as a replacement.

Out wide Nicolas Pepe played the full 90 minutes against United on the right, but Gabriel Martinelli was brought off at half-time.

His replacement Willian could find himself instead chosen from the off against Wolves.

Alexandre Lacazette can expect to keep his place leading the line having scored five goals in his last seven games.

If Aubameyang does make the starting line up, he could come straight back into the left-wing position or alternatively play through the middle.