PATRICK VIEIRA learned a lot from Arsene Wenger as a player – and he’s picked up some handy management tips too, it would seem.

Wenger won three Premier League crowns at the Gunners, the most-famous of which was the 2003-04 ‘Invincibles’ season, for which Vieira was captain. 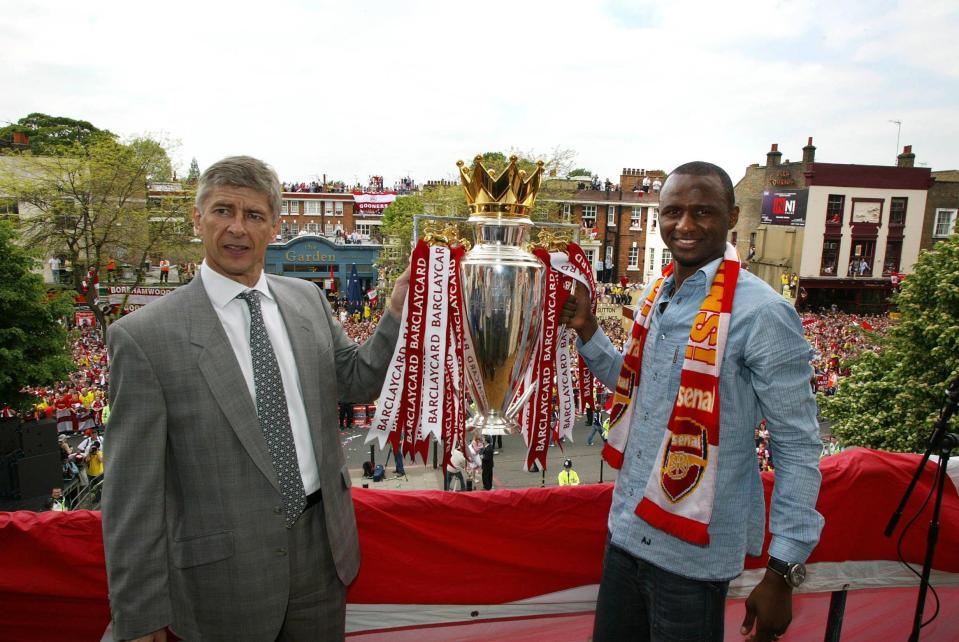 PA:Press AssociationPatrick Vieira clearly learned a lot from Arsene Wenger as player and as a manager[/caption]

Nearly two decades on, the former hard-man midfielder, 45, is back in London, taking charge of Crystal Palace.

And on Monday night, Vieira was back at his old club for the thrilling 2-2 draw at the Emirates.

Vieira was left heartbroken as his team conceded a 95th-minute equaliser through Alexandre Lacazette having earlier fought from a goal down to take the lead in North London.

One of the game’s biggest flash-points was James McArthur’s horrendous kick-out at Bukayo Saka.

The England youngster, 20, was forced off at half-time after the Eagles man took a powerful swipe at his legs.

Fans were quick to liken it to an ‘MMA kick’, while Arsenal boss Mikel Arteta claimed it ‘absolutely’ should have been a red card.

As it was, McArthur only saw yellow.

After the game, Vieira was asked for his take on the sickening kick.

And – reading from page one of the Wenger playbook, word-for-word – Vieira responded: “I’m sorry. I didn’t see it.”

Wenger, 71, was famous during his time in England for somehow missing events that were unfolding in front of his very eyes.

And it seems Vieira has learned well from his mentor as he refused to speak out against his own player.

Arteta was far less tight-lipped about the incident, roaring: “I saw the action and I cannot believe their player stayed on the pitch.

“It’s a clear red card. No intention to play the ball.

“I don’t know how with VAR he hasn’t been sent off.” 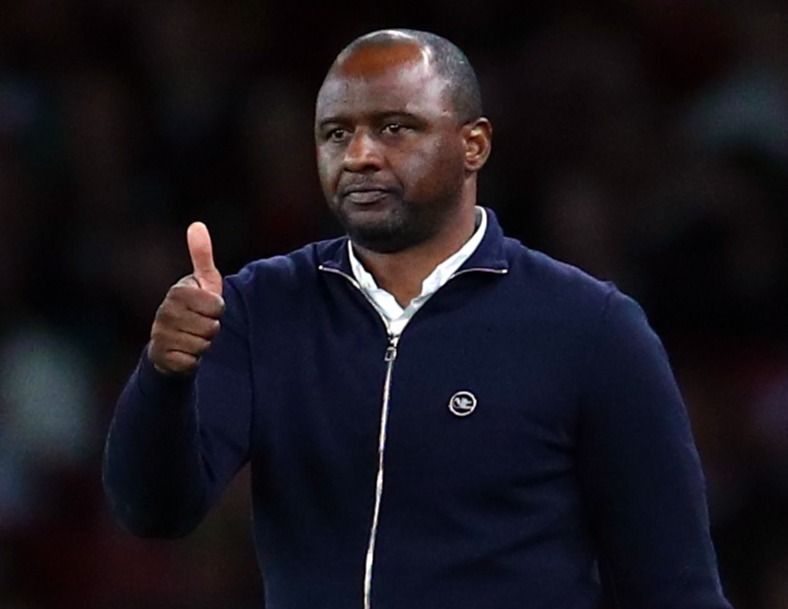 And while Gooners were left raging at the decision – and the attack of Saka – they could be forgiven a wry smile after Vieira’s comments.

After all, Vieira is a potential Arsenal manager of the future.

As the club continue to stall under Arteta, Vieira could be given the job sooner rather than later.