AN incredible mural of Zlatan Ibrahimovic’s bust-up with Romelu Lukaku has been painted outside of the San Siro just days before the Milan derby.

The AC and Inter Milan strikers will renew their rivalry tomorrow afternoon in the third Derby della Madonnina of the season. 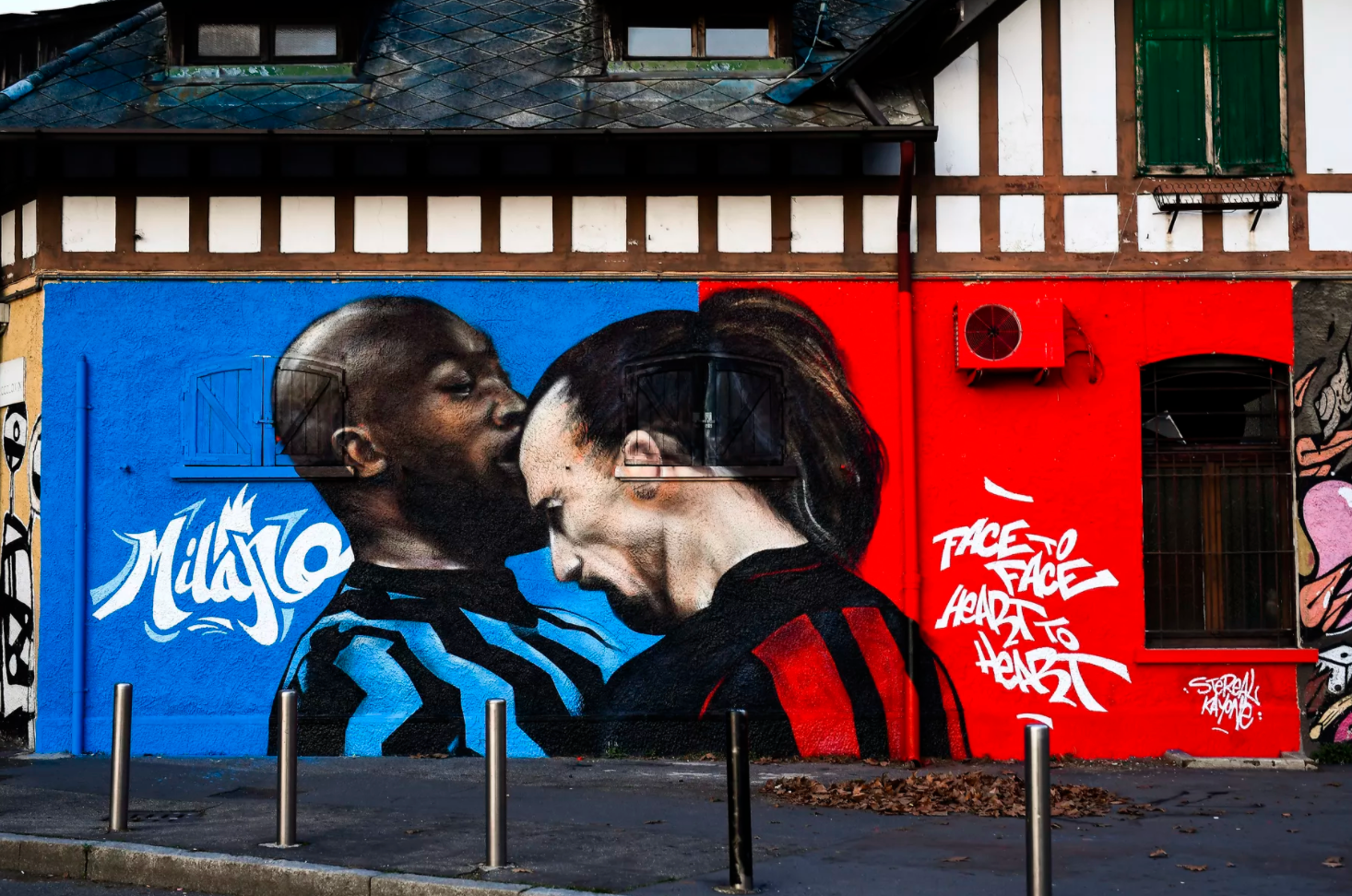 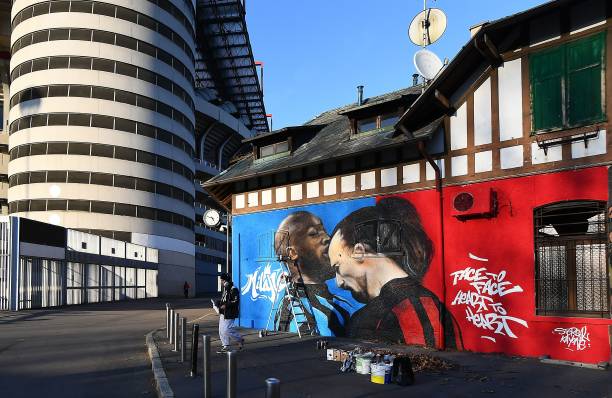 The stunning mural is located right outside of the San SiroCredit: GETTY 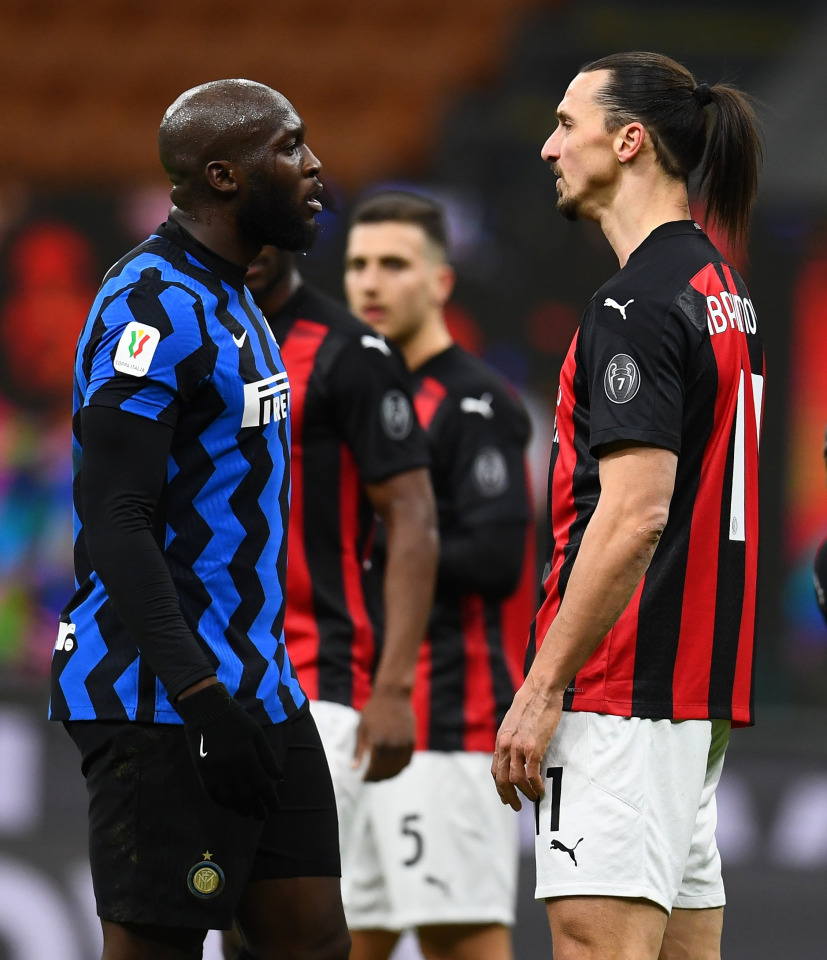 The former Manchester United team-mates, 39 and 27 respectively, were involved a heated bust-up last month in the Coppa Italia quarter-final.

And local artists have painted a stunning mural, which includes the phrase ‘Face to Face, Heart to Heart’, of the pair’s fiery coming together outside of the Giuseppe Meazza.

SteReal and KayOne – real names Stefania Marchetto and Marco Mantovani – created the mural, which shows Ibrahimovic sticking his forehead into Lukaku’s chin, with the aim of encouraging a less volatile derby.

Marchetto told Reuters: “I’m a Milan fan and he’s an Inter fan, so for us it was already a derby doing this mural with four hands belonging to two different teams.

“Our message is definitely a positive one.

“We hope that this mural can also encourage these champions towards a peaceful encounter in front of the mural [on Sunday].”

Mantovani added: “We decided to dedicate this mural to Inter and Milan around Valentine’s Day.

“It was important to make a positive message from it to leave to the city of Milan, reconsidering this iconic image of these two great champions who square off on the pitch, but not in life.

“Face to Face, Heart to Heart, inspired by the 1980’s hit by The Twins, comes from a desire to leave a trace on the city of Milan that is about the desires around sport, the desire to win of these two champions who are clashing with intensity, but also out of loyalty.”

Both Lukaku and Ibrahimovic escaped additional punishment for their respective parts in the unsavoury scenes.

Ibrahimovic was said to have been in danger of being in hot water with the Italian Football Federation after telling the Belgian to go and do his ‘voodoo s**t’. 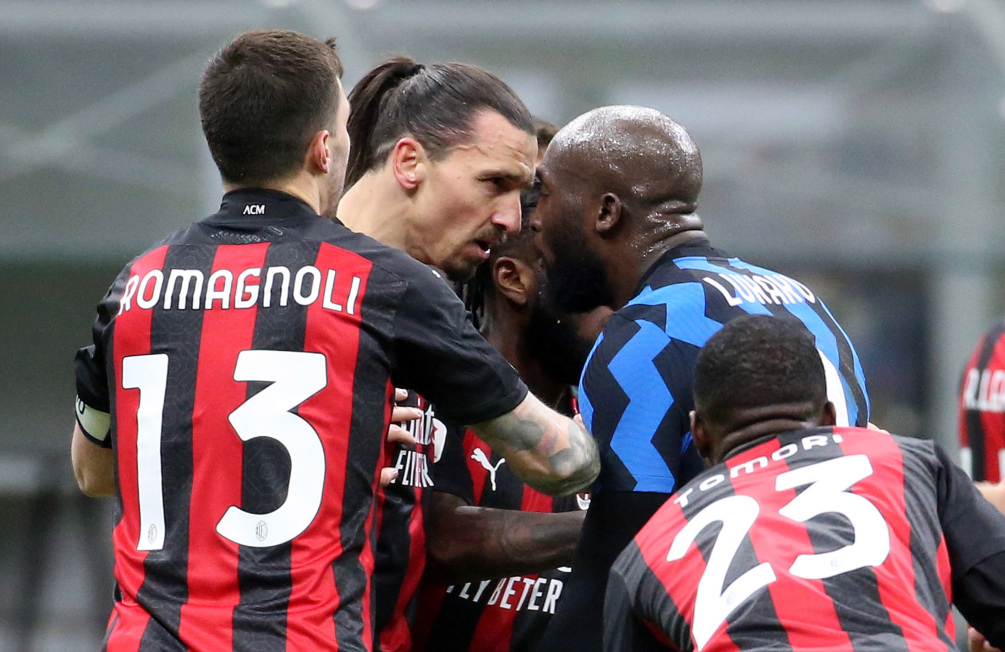 Zlatan Ibrahimovic and Romelu Lukaku avoided any additional punishment for their altercationCredit: EPA

But after conducting thorough investigation, in which both men were interviewed, the FIGC opted against taking the matter any further.

Milan chief Stefano Pioli is relishing the opportunity to get one over the Nerazzuri tomorrow but admits the timing of the fixture is less than ideal.

During his pre-match press conference, Pioli said: “It would have been better if it [Ibrahimovic and Lukaku’s bust-up] hadn’t happened.

‘But tomorrow is another match, there will be duels, clashes, it’s a heartfelt game, but there will also be great respect and professionalism.”