WEST HAM thumped Celtic 6-2 in Glasgow on Saturday with new No 9 Michail Antonio blasting a double.

The Hammers hit-man recently swapped his iconic No 30 shirt to take on the Irons’ somewhat cursed No 9 jersey but he proved he is more than worthy of it so far with two quickfire goals at Celtic Park. 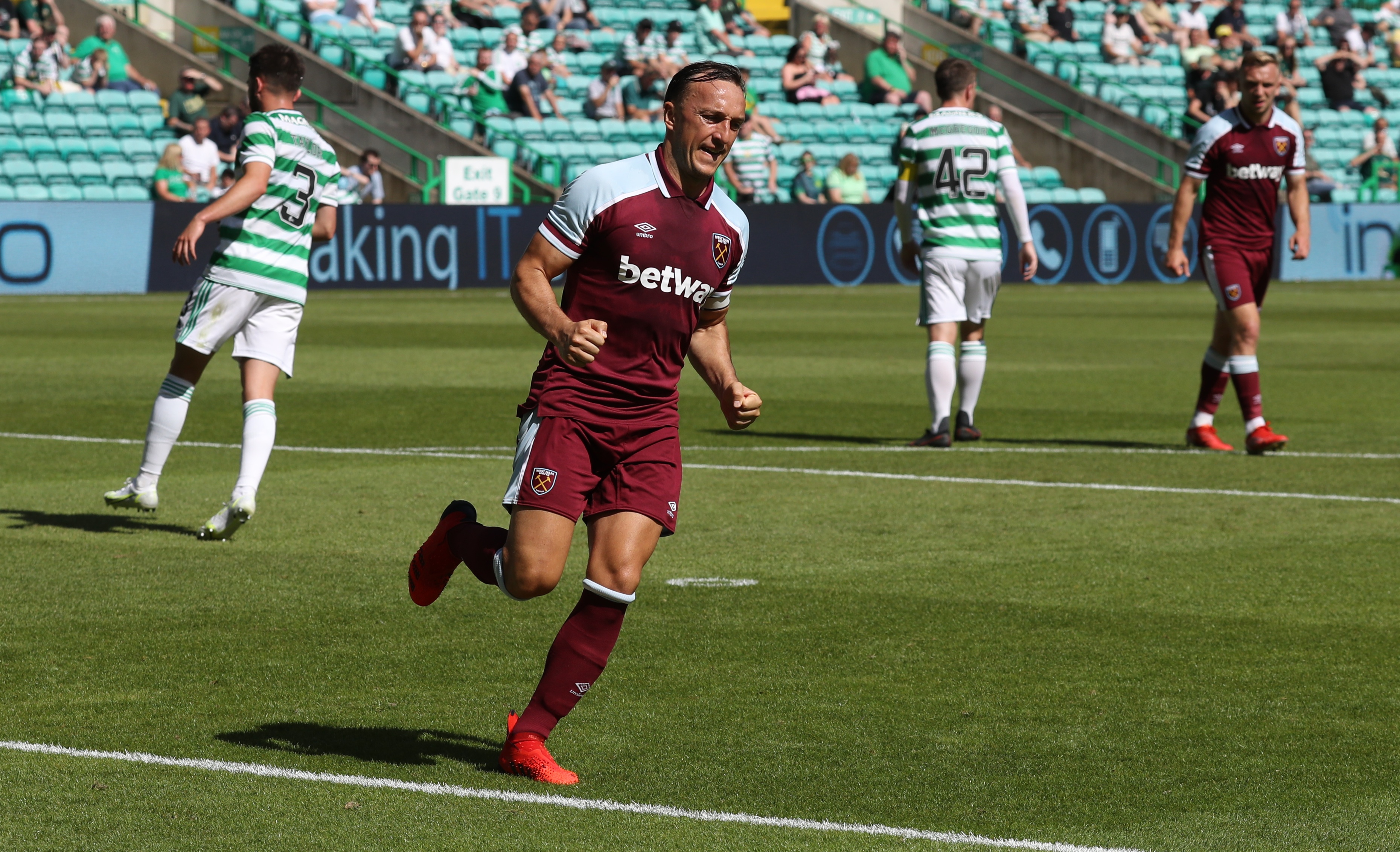 Mark Noble scored a first-half penalty as the Hammers came from behind to lead 3-1 at half-timeCredit: Reuters 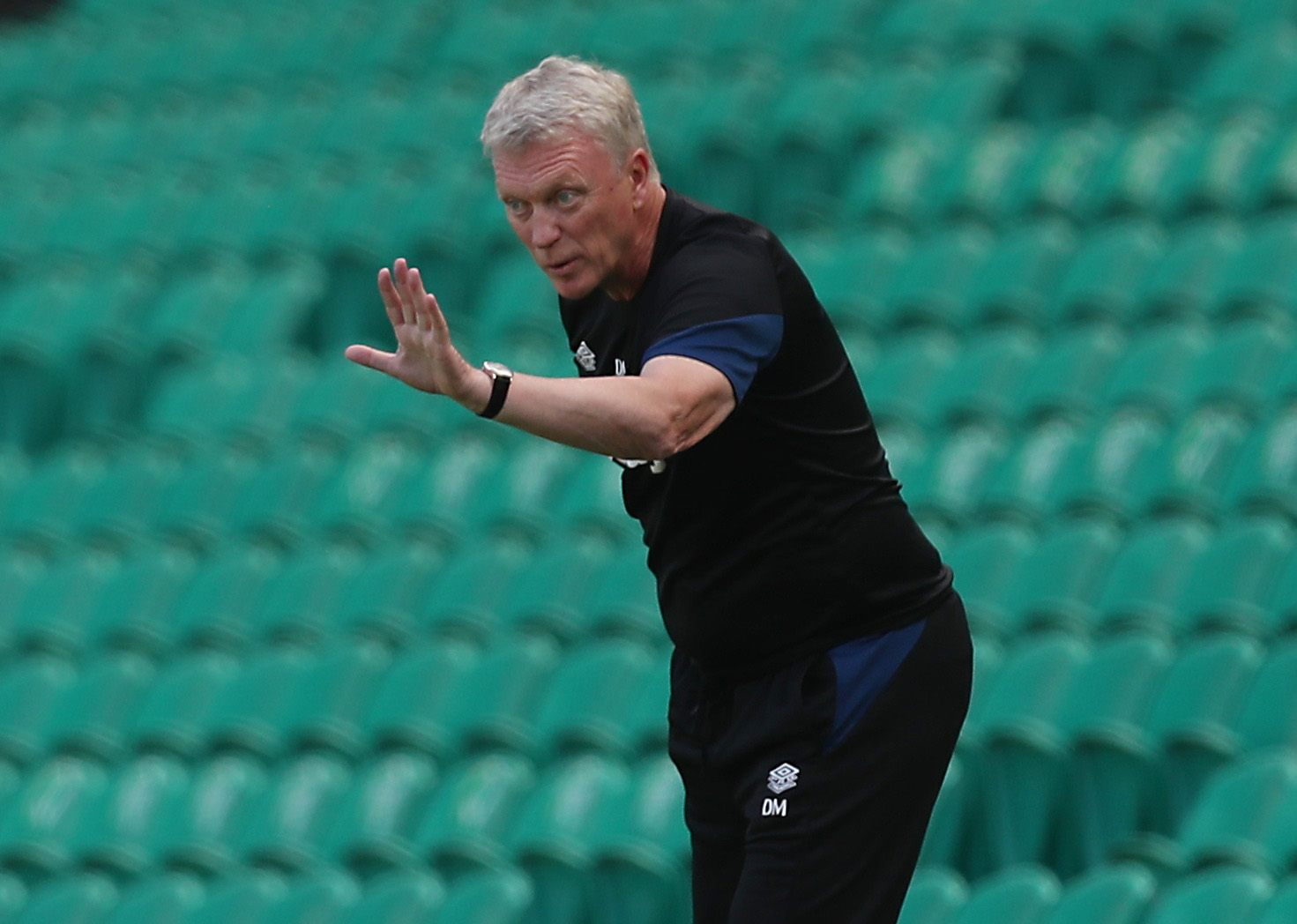 David Moyes returned to his old club and said it was nice for his dad to be able to watch the gameCredit: Reuters 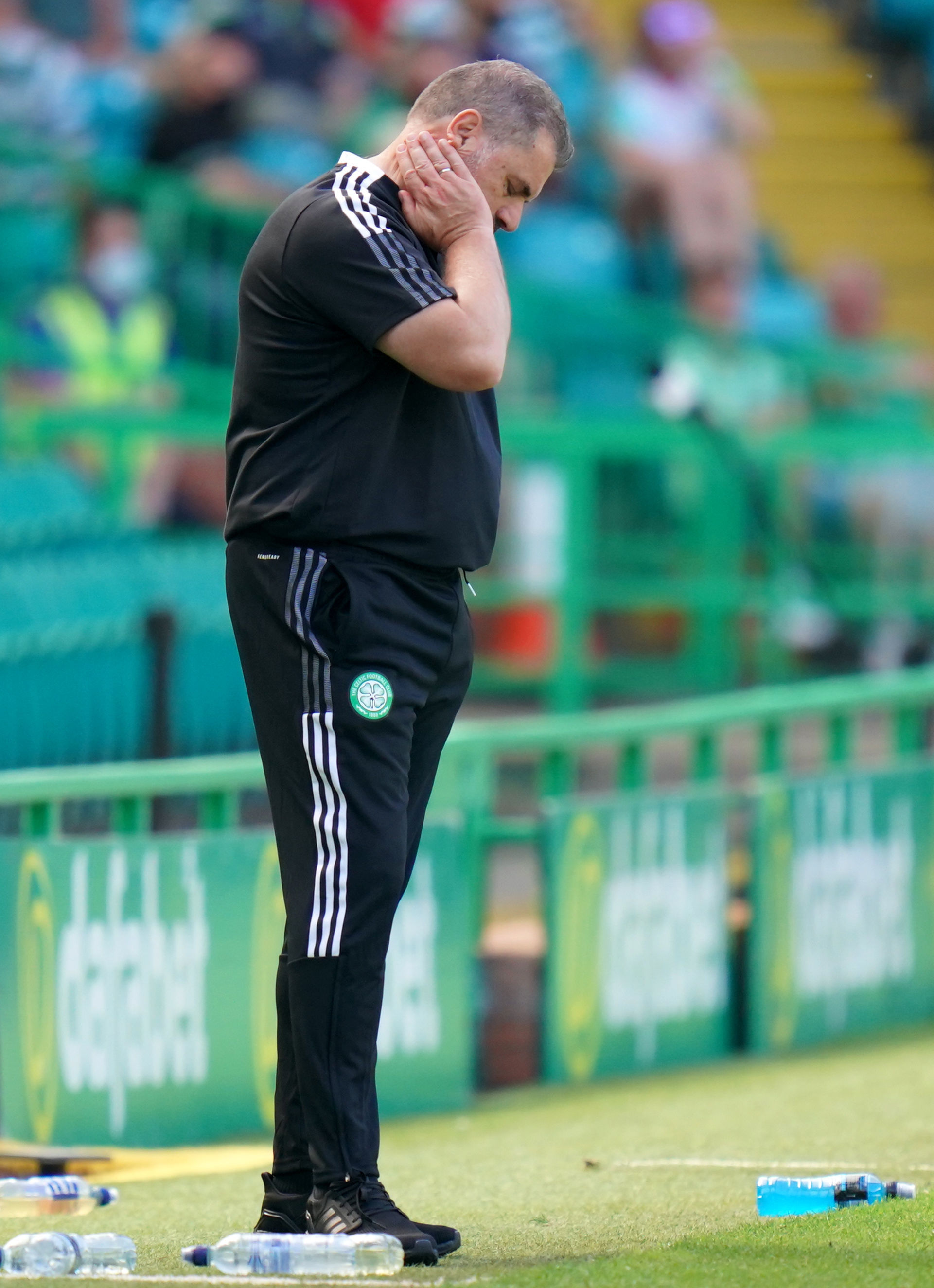 Hoops skipper Callum McGregor curled in an early opener before Antonio’s brace, and a penalty from skipper Mark Noble, saw David Moyes’ men go in 3-1 up at half-time against the Scot’s old club.

Ryan Christie pulled a goal back for Ange Postecoglou’s side five minutes after the break.

Celtic then made 10 substitutions before Jarrod Bowen and substitute Armstrong Oko-Flex – signed from the Hoops this summer – added two more.

Postecoglou now has to get his players ready for the second-leg of their second Champions League qualifier against FC Midtjylland on Wednesday night after a 1-1 draw against the Danish side during the week.

After this showing, the tightening of their defence will be a priority.

The East Londoners are unbeaten in pre-season so far and will carry on their preparations with a trip to Brentford before a Betway Cup clash with Atalanta at the London Stadium.

Their Premier League opener sees them travel to Newcastle on August 15. But it was not a positive start for the Londoners in Glasgow.

Soon after, McGregor easily brushed Manuel Lanzini off the ball and guided a shot from the edge of the box past goalkeeper Lukasz Fabianski.

And at the other end, Celtic keeper Vasilis Barkas foiled Bowen when one-on-one.

But the Hammers eventually levelled when Dane Murray’s pass out from the back was intercepted by Noble who quickly moved the ball on to Antonio.

The 31-year-old skillfully side-stepped defenders Stephen Welsh and Barkas and rolled the ball into an empty net.

Pablo Fornals then sent the striker clear for a breakaway second when he split the Celtic defence with a pass and Antonio steered his shot from 12 yards past Barkas at the near post.

Noble scored a third from the spot in the 38th minute after referee John Beaton felt Antonio had been barged in the box by Celtic midfielder Ismaila Soro.

Both teams changed their goalkeepers at the start of the second half – Scott Bain replaced Barkas and Darren Randolph came on for Fabianski.

He did tip a Christie effort over the crossbar moments later before the visitors countered again and restored their two-goal lead through a composed Benrahma finish. 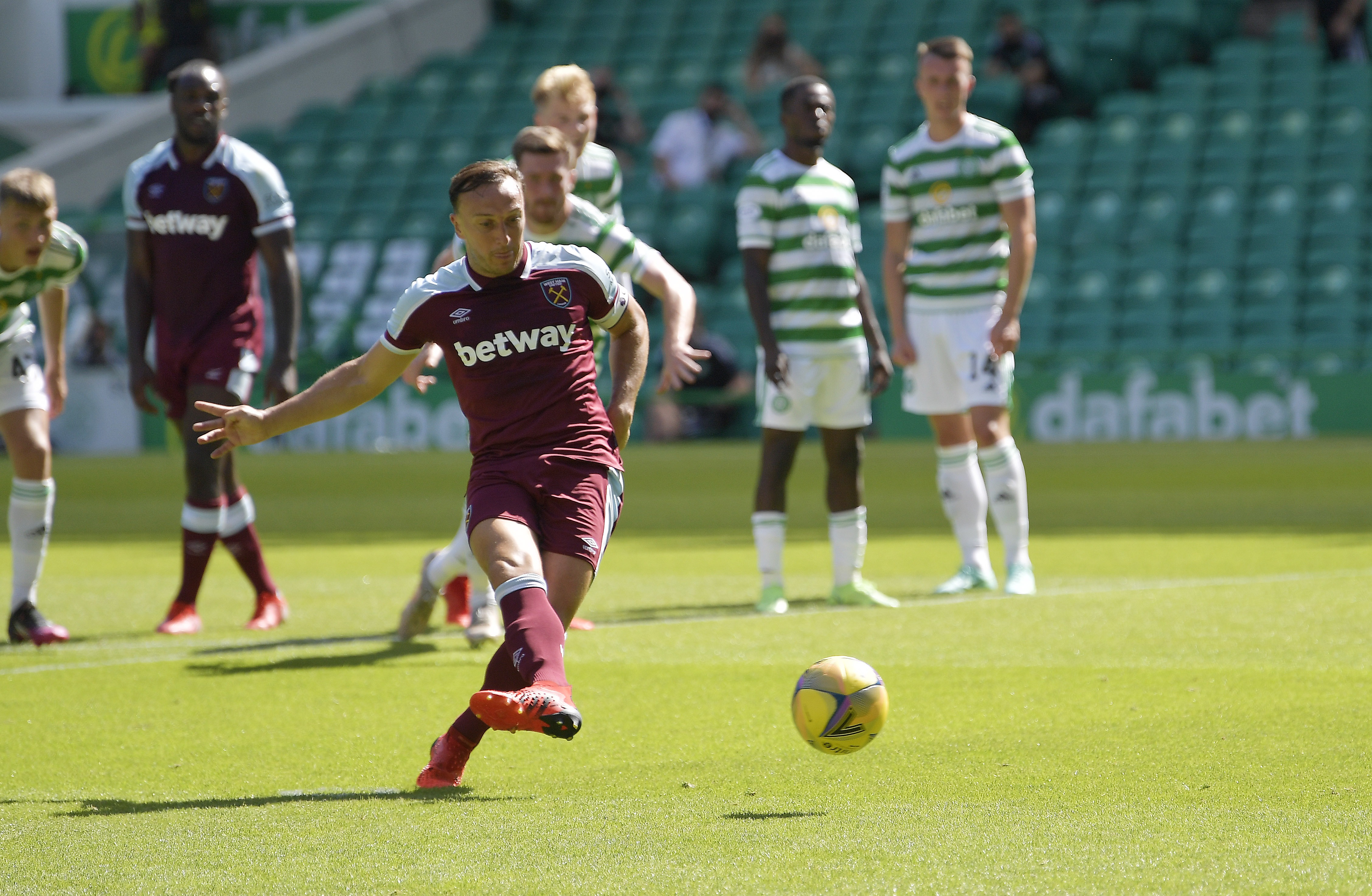 Penalty specialist Noble made no mistake from the spotCredit: Rex 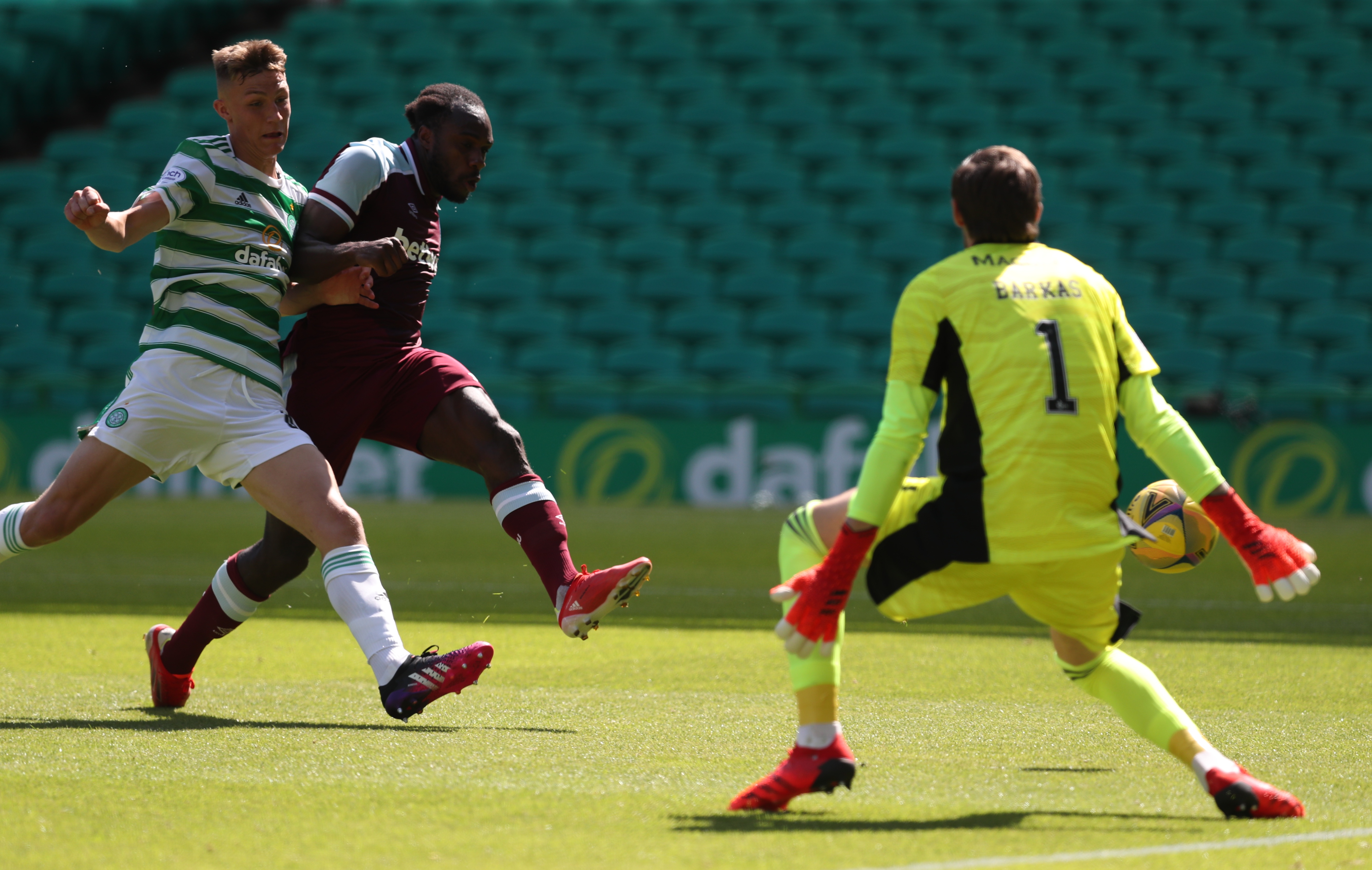 Antonio recently took the No 9 shirt and proved he is capable of leading the line with his two goalsCredit: Reuters 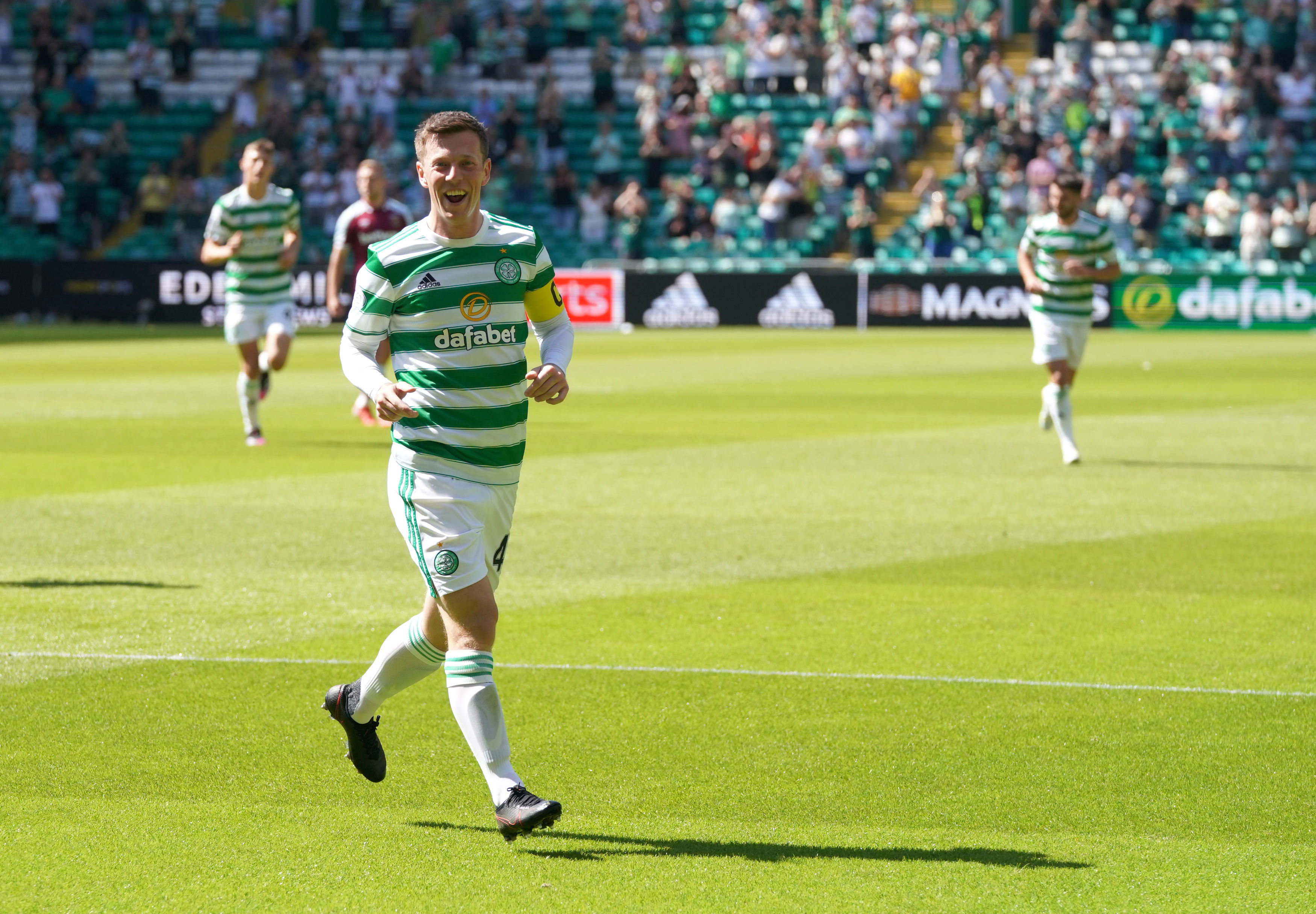 Callum McGregor gave the Hoops an early lead but it didn’t holdCredit: PA

Postecoglou then changed all of his outfield players.

And one of them, Leigh Griffiths – recently cleared by police over allegations of sending inappropriate messages to two schoolgirls – was initially booed by a section of the home support.

Some fans then cheered Griffiths but attention soon turned back to the game and how easily Bowen was able to flick a cross past Bain before Oko-Flex wrapped up the scoring with a low drive into the corner of the net.

Earlier this month, SunSport exclusively revealed West Ham will use freed up wages from Felipe Anderson’s Lazio exit to try and tie England hero Declan Rice down to a bumper new deal. 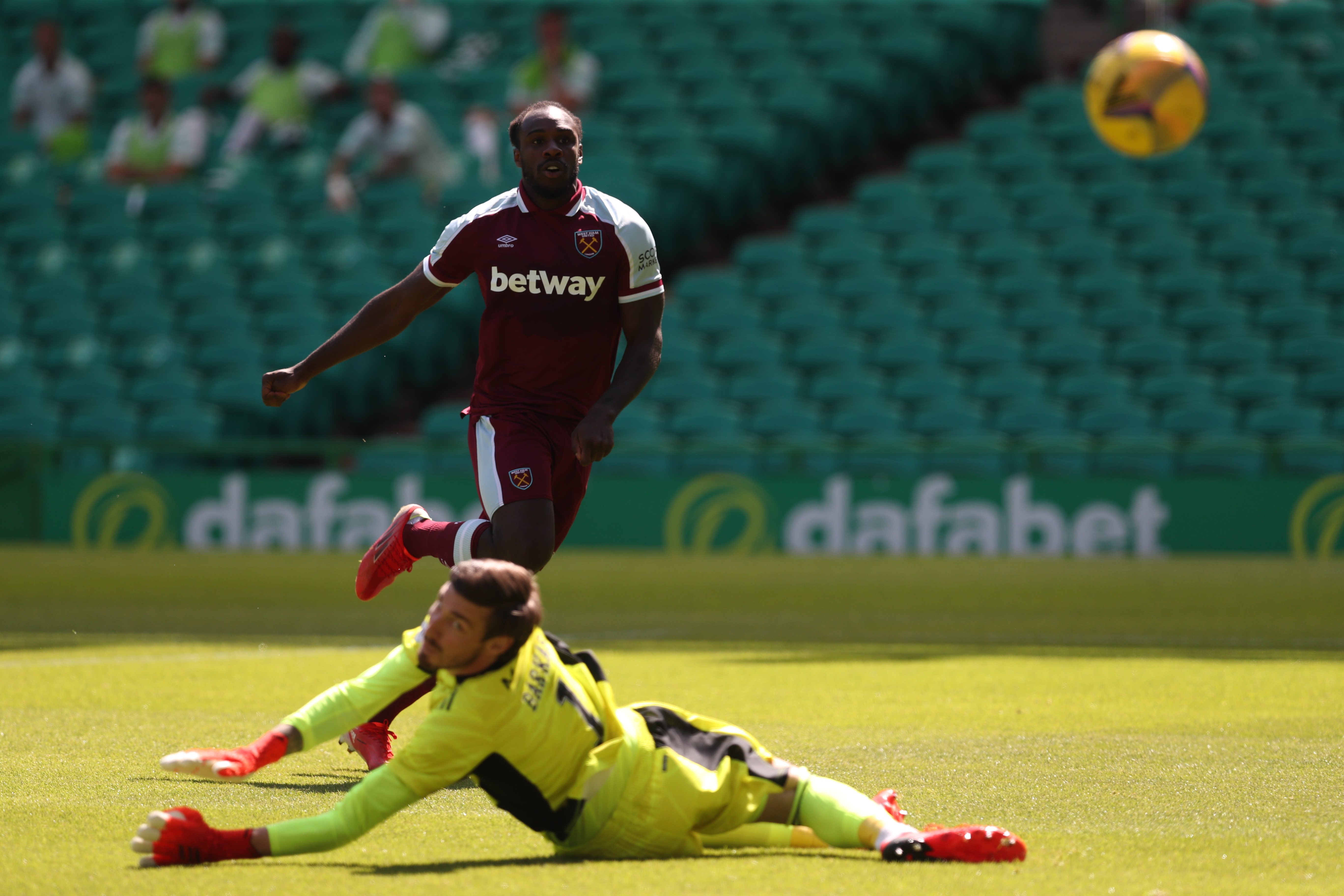 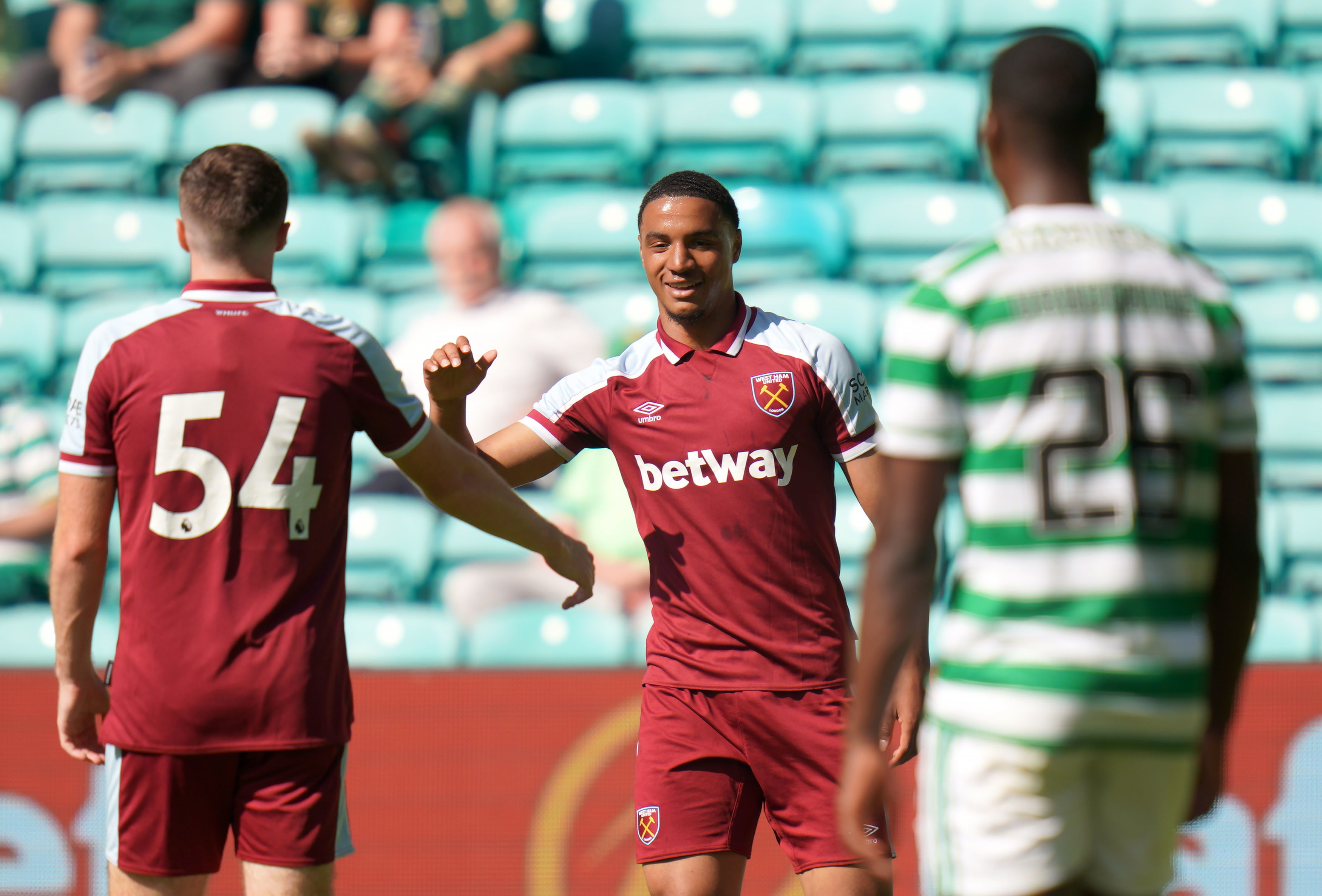