ITALY’s Euro 2020 hero Gianluigi Donnarumma has got a tattoo on his arm to commemorate the Azzurri’s historic win.

The 22-year-old played a key role in Italy’s Euros triumph saving crucial penalty kicks in both the semis and final against Spain and England respectively.

Donnarumma was a man mountain in both penalty shootouts against Spain and EnglandCredit: INSTAGRAM: GIGIODONNA99 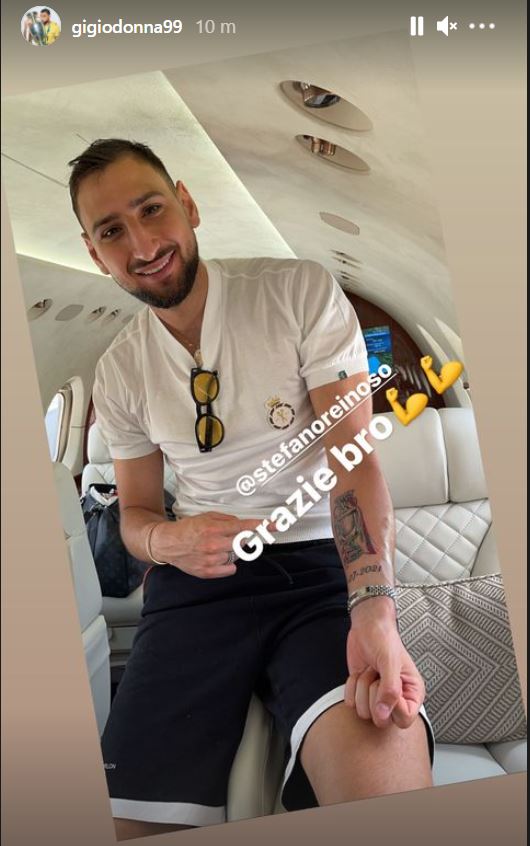 Donnarumma‘s penalty kick heroics saw him named Player of the Tournament – the first goalkeeper to receive the award.

Fellow Italians Jorginho and Federico Chiesa wouldn’t have been too far behind in the running for the individual accolade.

The former AC Milan keeper – who made his professional debut at 16 – wanted some new ink to celebrate his first and most likely not his last international trophy.

The tat of the trophy is located on the shot stoppers left arm.

Donnarumma will now embark on a new journey at club level.

He will now play his trade in the French Capital, Paris, for Ligue 1 powerhouse Paris-Saint Germain – joining on a free transfer.

On the move, he said: “I am delighted to be part of this huge club. I feel ready to take on this new challenge and continue to grow here.

“With Paris, I want to win as much as possible and to bring joy to the supporters.”

And after the move was announced, Donnarumma took to Instagram to post a heartfelt message to his former club and it’s supporters.

In the post, he said: “All the Rossoneri I met, from the first to the last day, will always be in my heart as a fundamental part of that journey through life that made me what I am today.”

He added: “I wish Milan all possible success and I do that with my heart, for the affection that ties me to these colours, a sentiment that distance and time cannot cancel.”