ERIK TEN HAG admits he has a ‘hell of a job’ on his hands after Manchester United slumped to an opening day defeat.

Skipper Harry Maguire blasted a ‘nightmare start’ as Pascal Gross struck twice to give Brighton a first win at Old Trafford in 113 years.

Erik ten Hag knows he has a job on his hands after Man Utd were stunned by BrightonCredit: Reuters 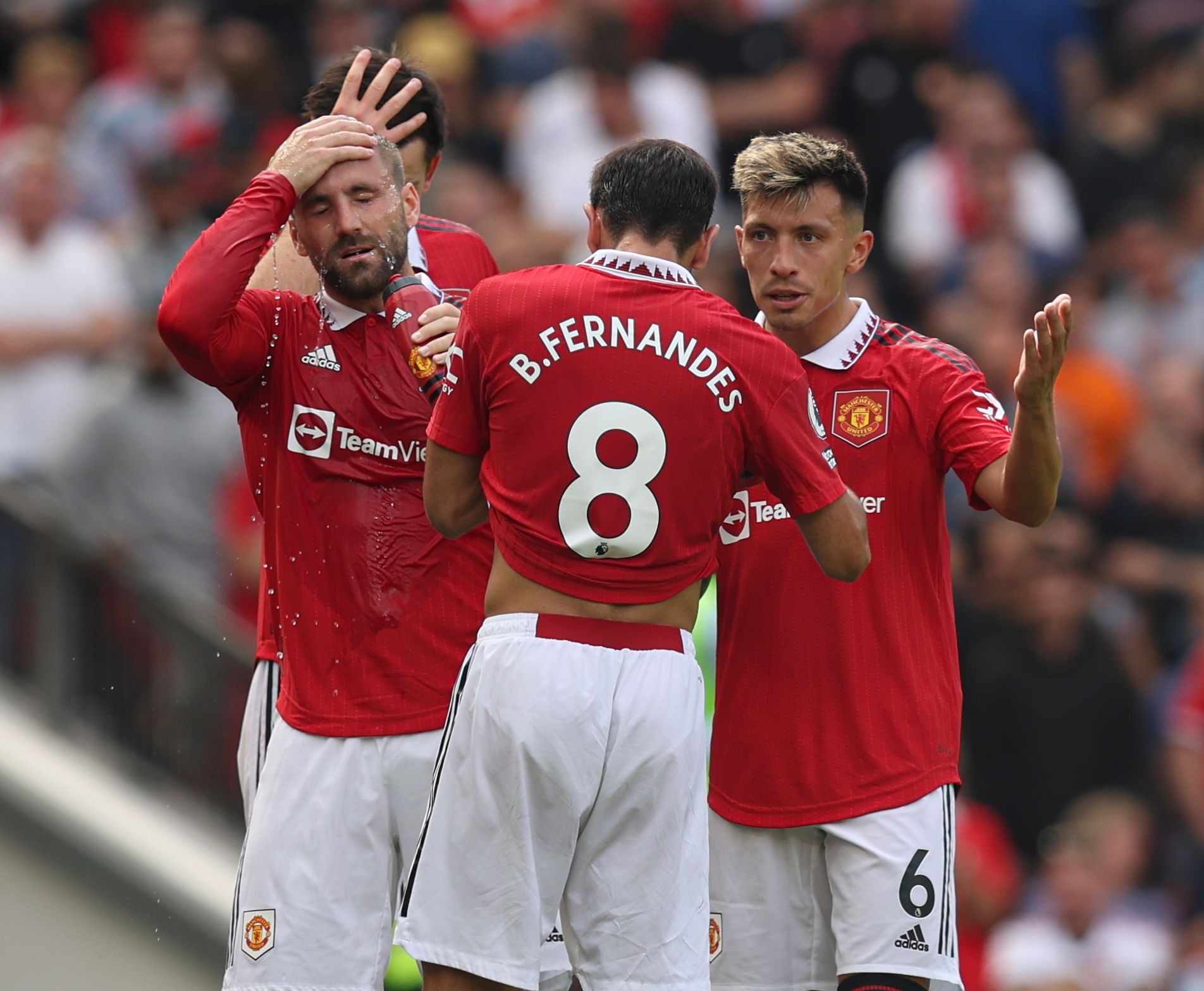 Ten Hag warned fans there will be no quick fix after watching his side flop against BrightonCredit: Rex

The Red Devils were booed off at the interval while there were more jeers at the end despite an improved second half.

“It’s definitely a set-back. It’s a real disappointment and we have to deal with it. 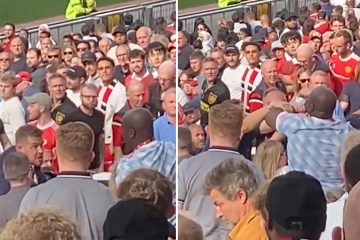 “I am not satisfied, totally, because we lose and it’s not necessary. We should have done things better.

“We gave two easy balls away and the organisation was a big mistake. We made it clear how to deal with situations. It was unnecessary.

“We have to take the lessons and learn quickly from it. We don’t have time and we have to deliver.”

Ten Hag defended his decision not to start with Cristiano Ronaldo, who declared himself ready to start on the eve of the game.

United improved after Ronaldo was introduced in the 52nd minute and they pulled one back through an Alexis MacAllister own goal.

The United boss said: “Cristiano is now maybe ten days in team training and too short for 90 minutes. You can’t force it.”

Maguire said: “It was a nightmare start to be 2-0 down at half-time.

“It’s the worst possible start. It was not good enough.

“It’s definitely a set-back. It’s a real disappointment and we have to deal with it.”

“We huffed and puffed and got one back — but it’s a bad start.

“The first goal knocked us back really badly. They got a lot of control.”

United fans protested outside the stadium before kick-off with a huge banner which read: “Fight greed, fight for United, fight Glazer.”

And frustrations spilled into the stands with a fight breaking out between United fans during the game.

Club icon Gary Neville added: “It was unacceptable to hand Ten Hag that squad for the start to the season. The reality has hit home. 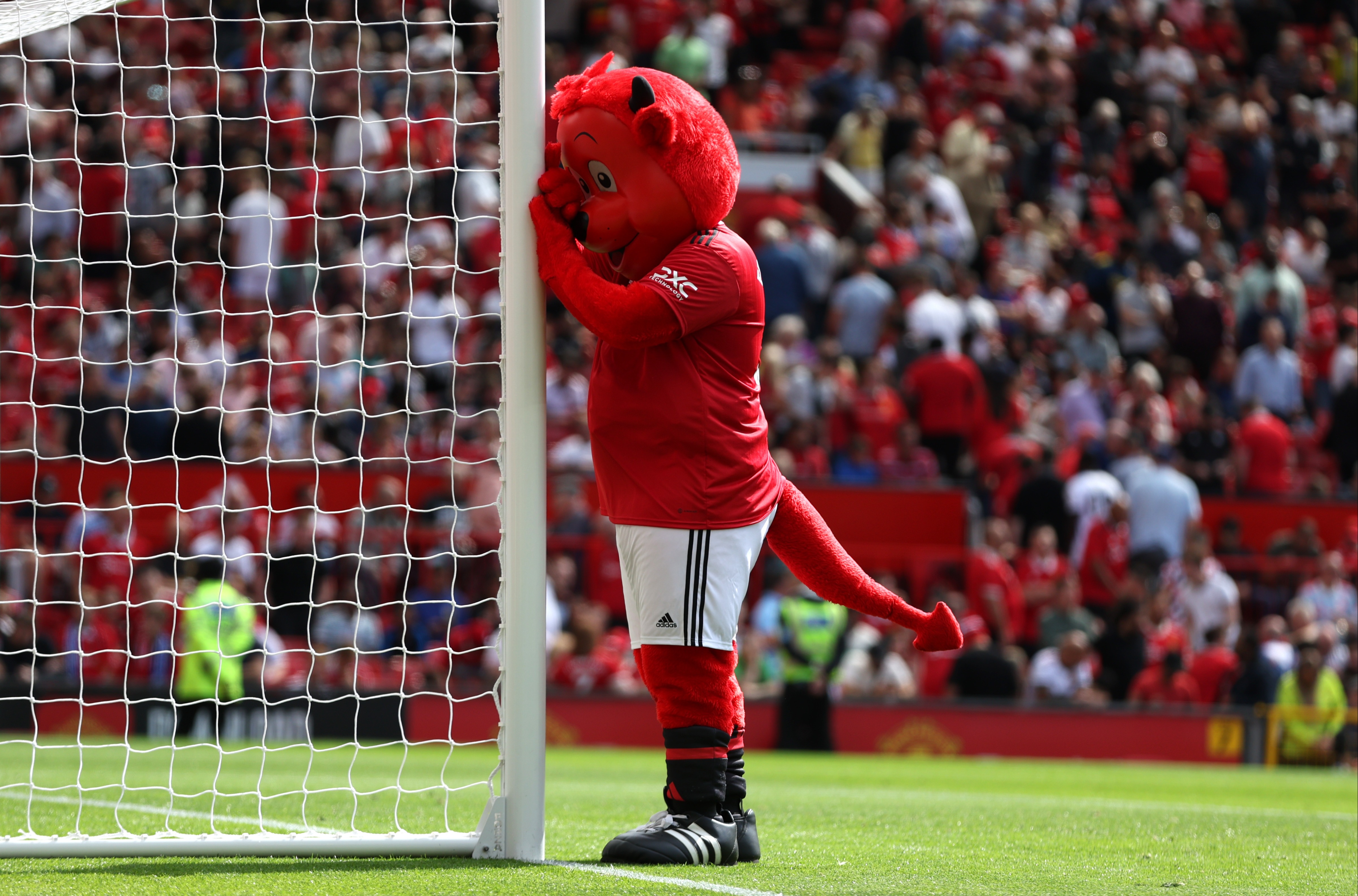 Even Fred the Red could bear to watch at Old TraffordCredit: Getty 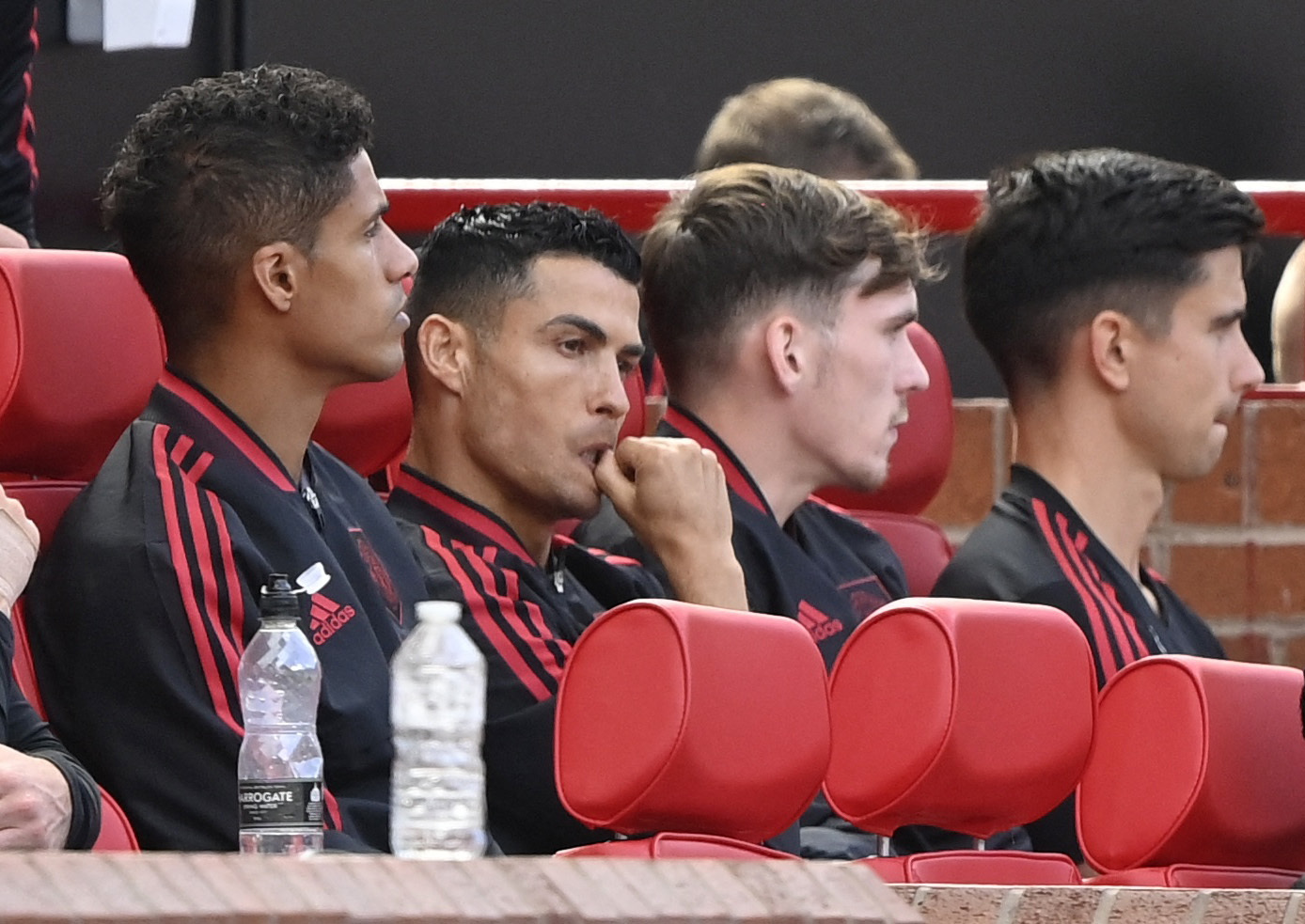 Ten Hag left Cristiano Ronaldo on the bench after the superstar requested a transferCredit: Reuters

“The time has come for the Glazer family to sell the football club.

“Manchester United are the easiest team to play against in the league. For that first goal, Fred and Scott McTominay are chasing back.

“How are they in that position? I was in absolute disbelief. They are ripped through like a knife through butter.”

United legend Paul Scholes blasted: “McTominay running with the ball in attack when he’s got Jadon Sancho, and Marcus Rashford ahead of him is criminal.”

Seagulls boss Graham Potter followed up the 4-0 win over United at the Amex in May by clinching this historic victory at Old Trafford.

He hailed Welbeck who was a doubt for the game with a stomach bug.

Potter said: “He would have strapped the toilet on to his backside to play, it would have slowed him down though. He was amazing.”