JACK GREALISH admitted he teared up like Lionel Messi as he bid farewell to his boyhood club Aston Villa.

Grealish watched Messi break down as he left Barcelona after 20 years at the club.

Jack Grealish was unveiled in front of hundreds of Man City fans on Monday nightCredit: AFP 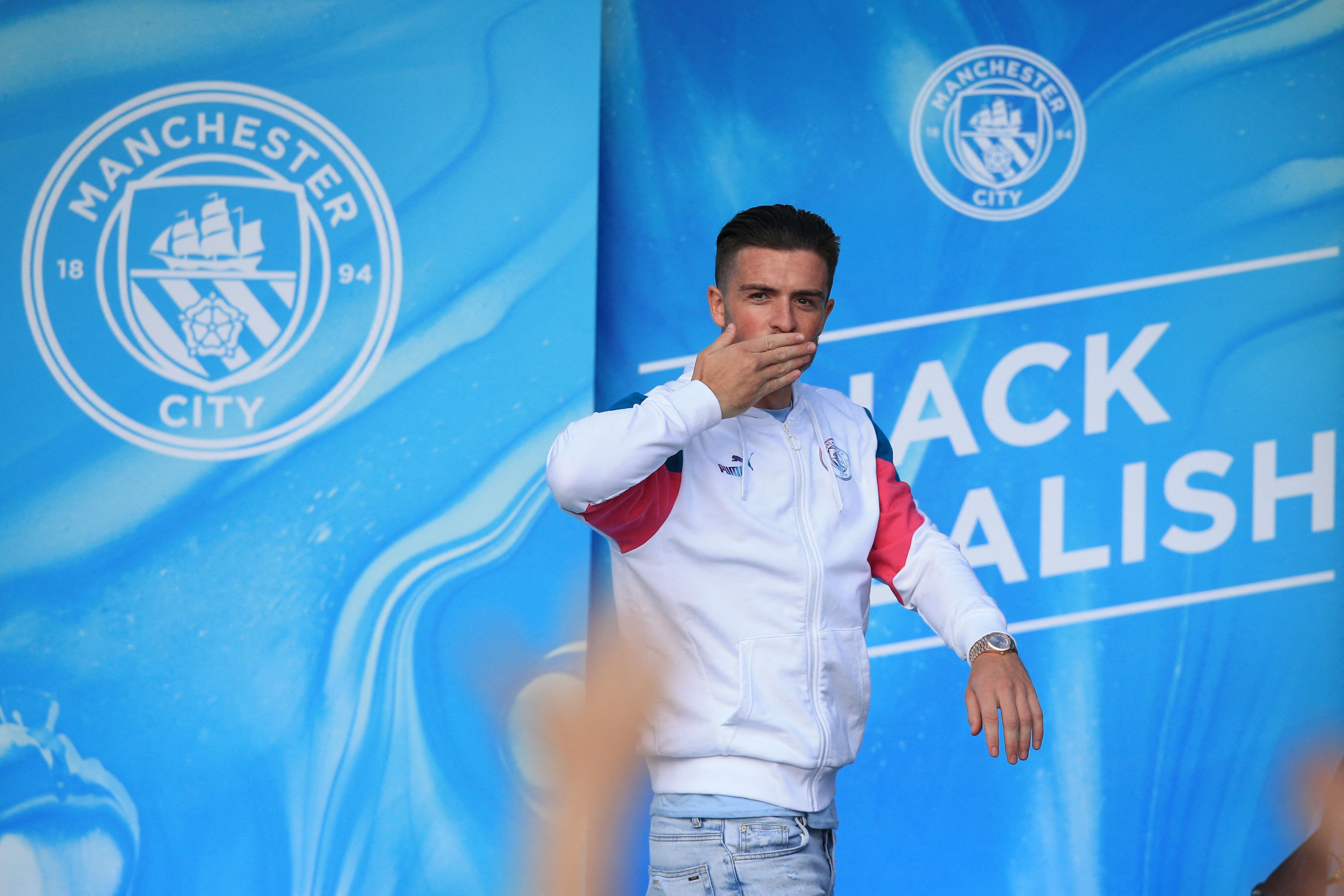 Grealish was publicly unveiled outside the Etihad despite having already played for Manchester City in the Community ShieldCredit: AFP 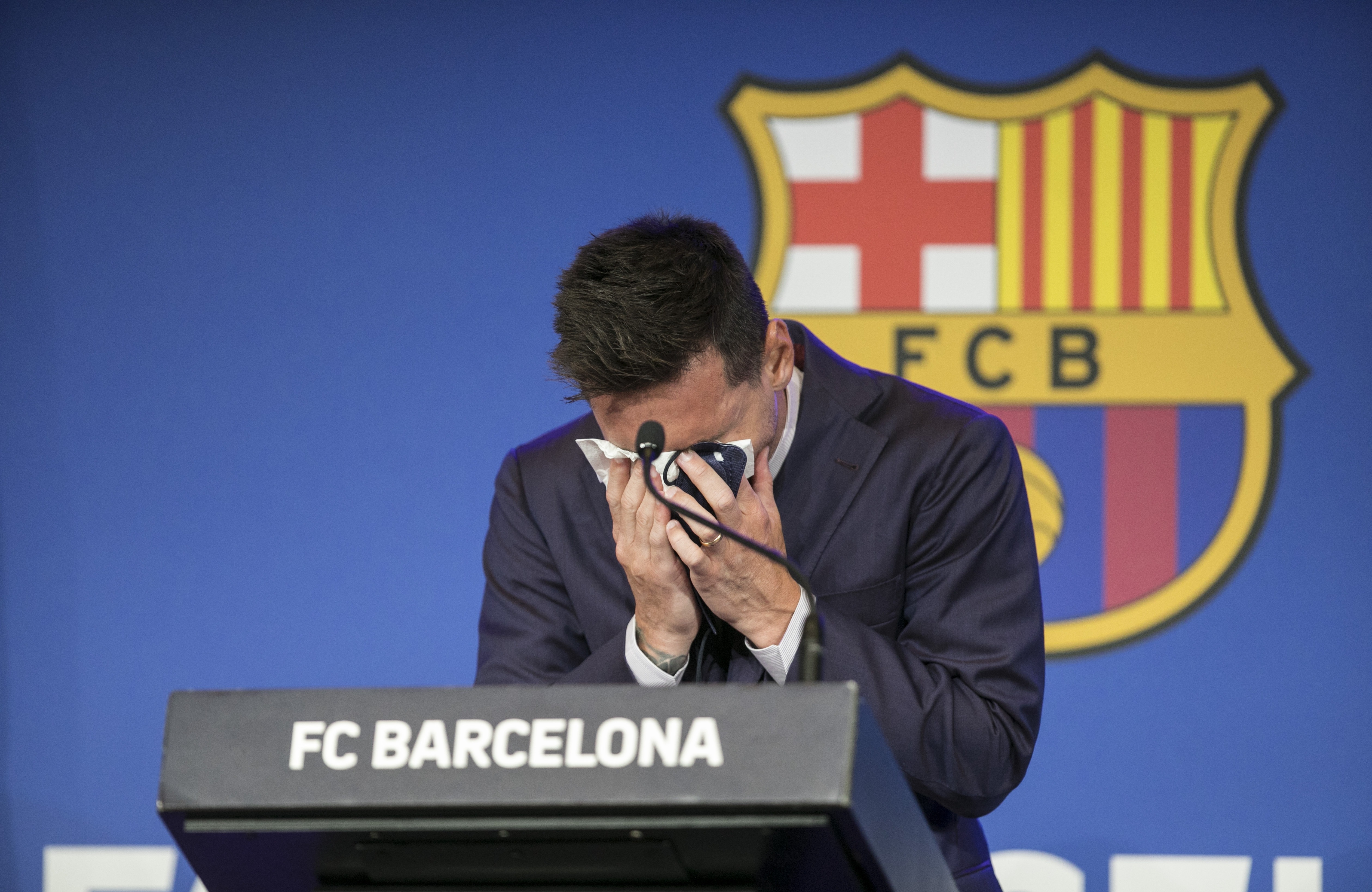 Lionel Messi broke down in tears after announcing he would leave BarcelonaCredit: Getty

And Grealish, 25, said he knew exactly how the Argentine legend felt.

Grealish said: “Everyone has seen the way Messi was at his final press conference and that is the exact way I felt myself. Before I left, I spoke to the team at the hotel and teared up a bit myself but I felt it was time for me to move on.

“I have been an Aston Villa fan since I was four years old, I had a season ticket when I was four, and went to the club when I was six so there will always be links. The big family I have, everyone is Villa fans. It has been a crazy few days.

“Something I haven’t experienced before, I have been at Aston Villa my whole life so this has been different. Going into a new changing room, I have not done that in my career before.

“It was one of the toughest decisions I have ever had to make. It came down to a few things. It was something I just thought I couldn’t turn down – the chance to play Champions League football, to challenge for trophies to play next to Kevin De Bruyne who I have looked up to for the last few years and to play for best manager in the world.

“I have always said I wanted to play Champions League football and I couldn’t do that at Villa this year.

“I am at a club here that has so much potential and is the most successful English side of the last 10 years. They showed so much faith in me and I felt it was the right time.”

It has taken just a couple of training sessions to convince him that Pep Guardiola can take his game to the next level.

Grealish becomes the most expensive British player of all time after his £100m moveCredit: AP 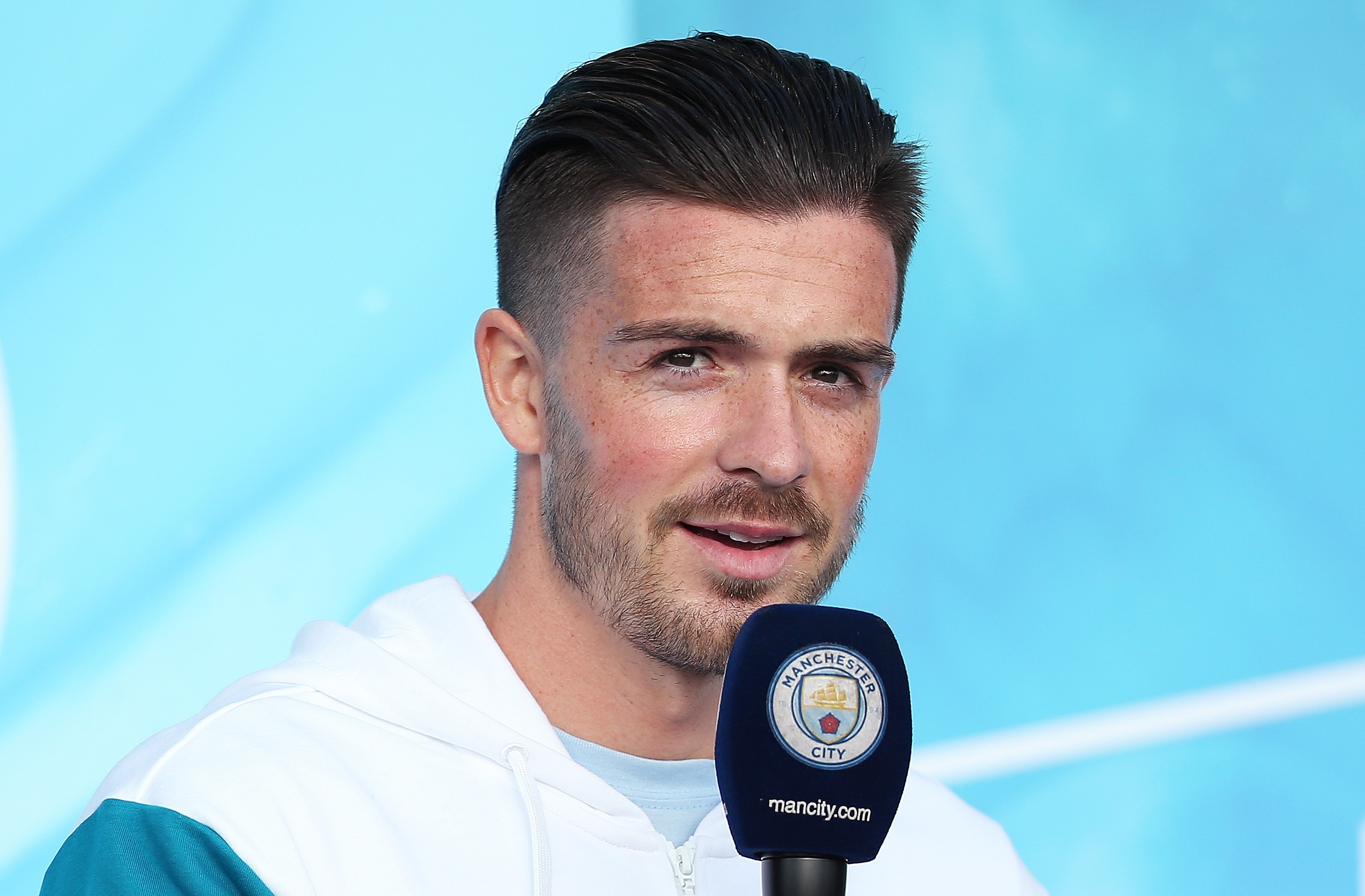 The 25-year-old said hello to his new fans outside the stadiumCredit: Getty

He said: “You see what he has done with players here, the likes of Raheem Sterling and Phil Foden.

“I think I am different to every player in this squad. The manager said I can play as a winger or an eight or number 10 or even a false nine. I feel like I can bring a lot to the team.

“I feel like he can take my game to the next level. I am going to be learning from him every single day. I can’t wait to learn from him. The way he is in training is unbelievable.

“Some of the tactics he has are just out of this world. Everyone here is so desperate to play under him, so Pep was obviously a massive factor in me coming here.”

Grealish believes he will be afforded a new freedom at City which he didn’t have at Villa.

As their main threat opponents would try and mark him out the game, but you can’t do that with so much attacking threat throughout the City team.

He said: “Sometimes at Villa I did get doubled up on. Because there is so much talent in attacking areas it might be harder for teams to double up on me now. That will give me more space and freedom to attack players one-v-one.

“It can take time to find chemistry with these players but I feel after a few weeks I will have it with all the players.”

Of course he already knows some of them from his time with England and their exciting march to the European Championship final. 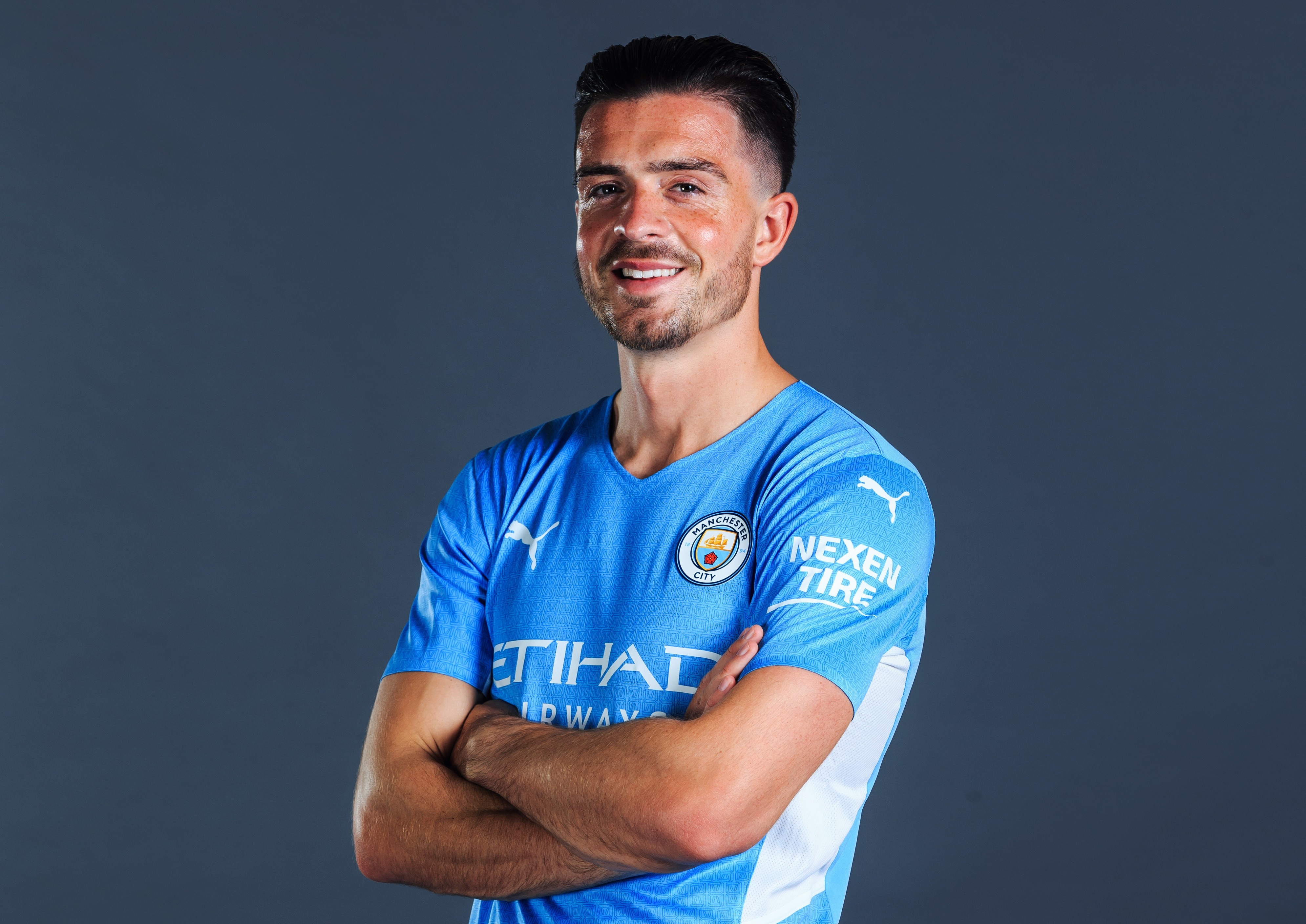 Jack Grealish has signed a six-year deal with City, keeping him at the club until 2027Credit: Getty 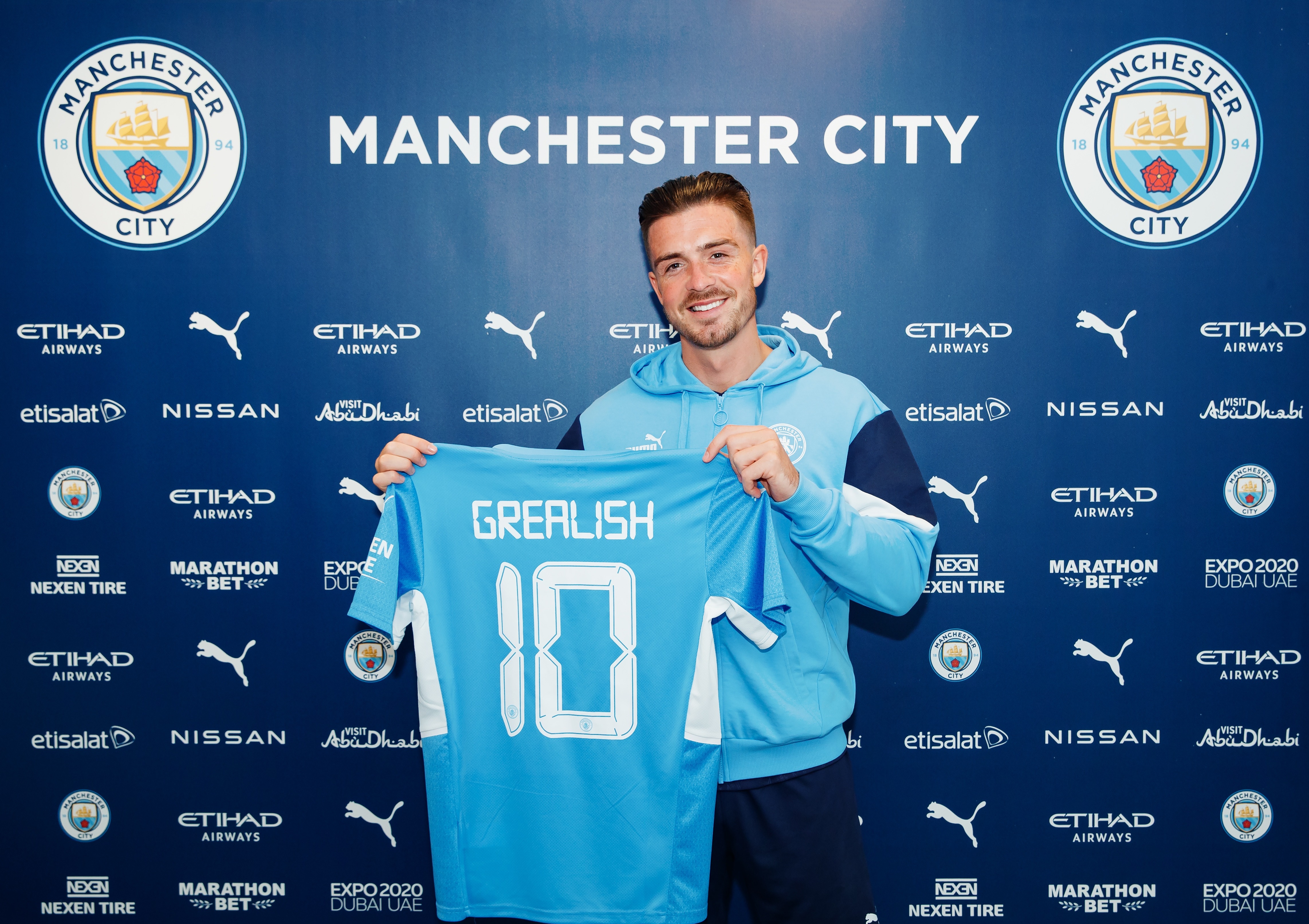 Grealish is also thought to be earning a mind-boggling £200,000+ per-week at the EtihadCredit: Getty

Now they will be in the same team at club level and Grealish believes Three Lions boss Gareth Southgate can only benefit.

He said: “I spoke to these guys at England about Manchester City and they had nothing but good words to say but it takes time to build that chemistry. If you play with them week in week out you build that.

“I think that is something Gareth would probably like. We are all young and ‘Walks’ has the body of a 20-year-old the way he is so fit and fast.

“We are all striving for success with the national team and our clubs. I think that is something the England manager would love.”

Grealish was used as an impact substitute during the Euros but he wants a starting spot in next year’s World Cup and believes top performances for City will get him that.

He said: “I want to be a regular starter for England and I believe I can be. We have so much talent in the national team, people that didn’t even go to the Euros.

“But I feel if I am performing for Manchester City week in week out and playing in the Champions League and performing the way I can I feel it could set me up to have a brilliant future with the national team and try and start in the World Cup and in the qualifiers.”

It is fair to say Grealish is very much ready for the next step. 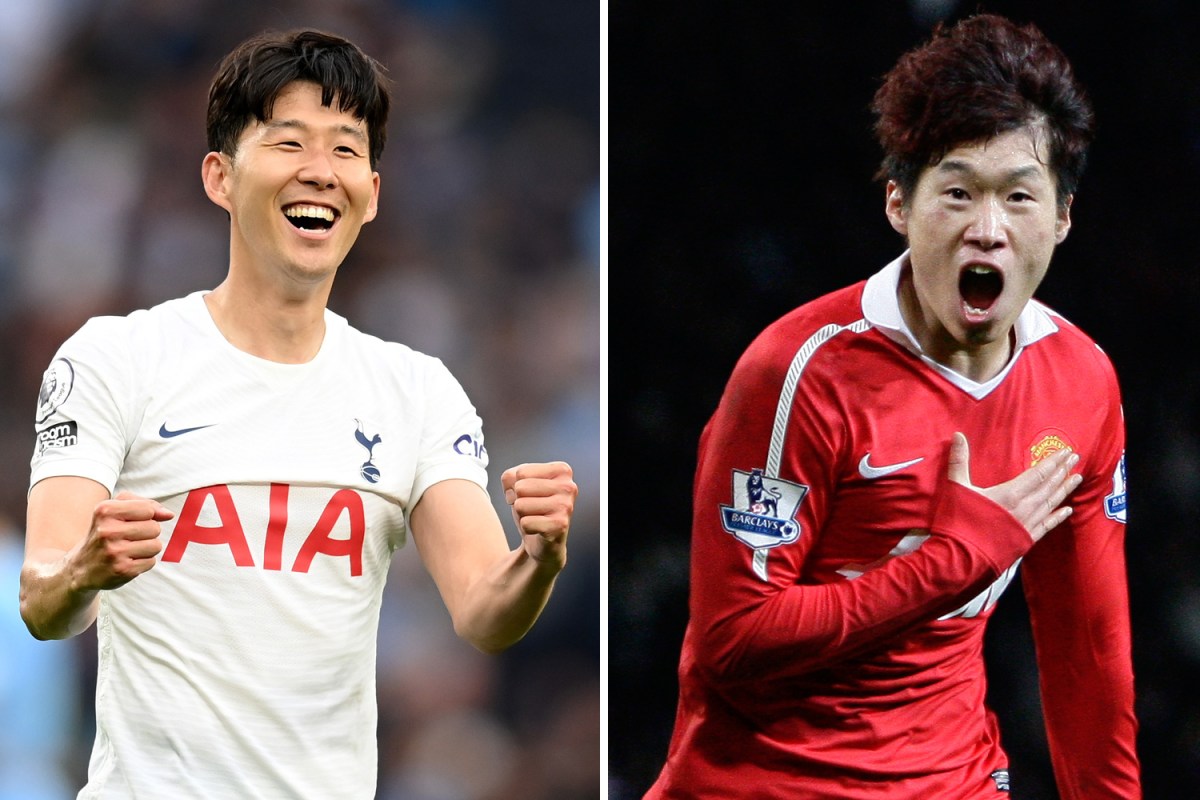