BAYERN MUNICH youngster Jamal Musiala will choose to play for Germany over England, according to reports.

The 17-year-old, who could make his international debut next month, was born in Germany but spent most of his childhood in England. 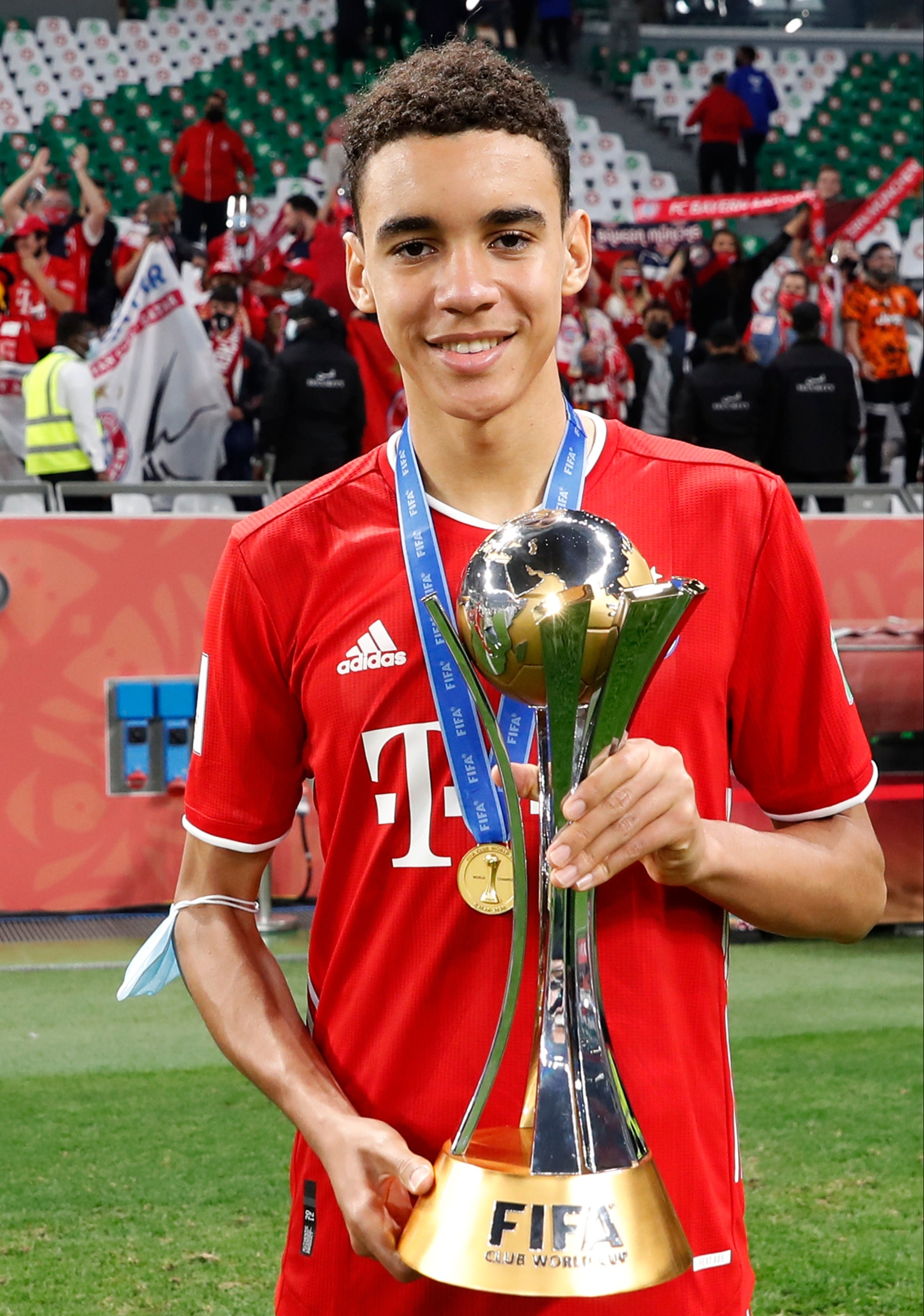 Musiala, 17, is reportedly willing to accept a call up from Germany next monthCredit: Getty Images – Getty

According to the Daily Mail, Musiala is expected to accept an offer from Germany boss Joachim Low to join up with the senior team next month.

And as Germany’s three games are World Cup qualifiers, he will not be able to play for England in the future if he features.

The teenager is also reported to sign a new long-term deal with Bayern, ending any rumours of him joining Manchester United.

The news will disappoint Gareth Southgate as the England manager is said to be a big fan of Musiala.

England have been battling to keep hold of him since his emergence at Bayern.

Musiala was given his U21 debut in November – scoring against Albania in his second appearance – and has previously represented England at U15, U16 and U17 level.

Bayern’s manager Hansi Flick, who was Low’s assistant between 2006 and 2014, is believed to have recommended Musiala to his former boss.

The youngster has enjoyed a rapid rise since leaving Chelsea’s academy in July 2019.

Last June he became Bayern’s youngest Bundesliga player when he made his first team debut against Freiburg, aged 17 and 115 days.

And in September he became their youngest ever scorer in an 8-0 win against Schalke, aged 17 years and 205 days.

Musiala has been a regular for Bayern this season, making 24 appearances in all competitions.

He is also eligible to play for Nigeria through his father.