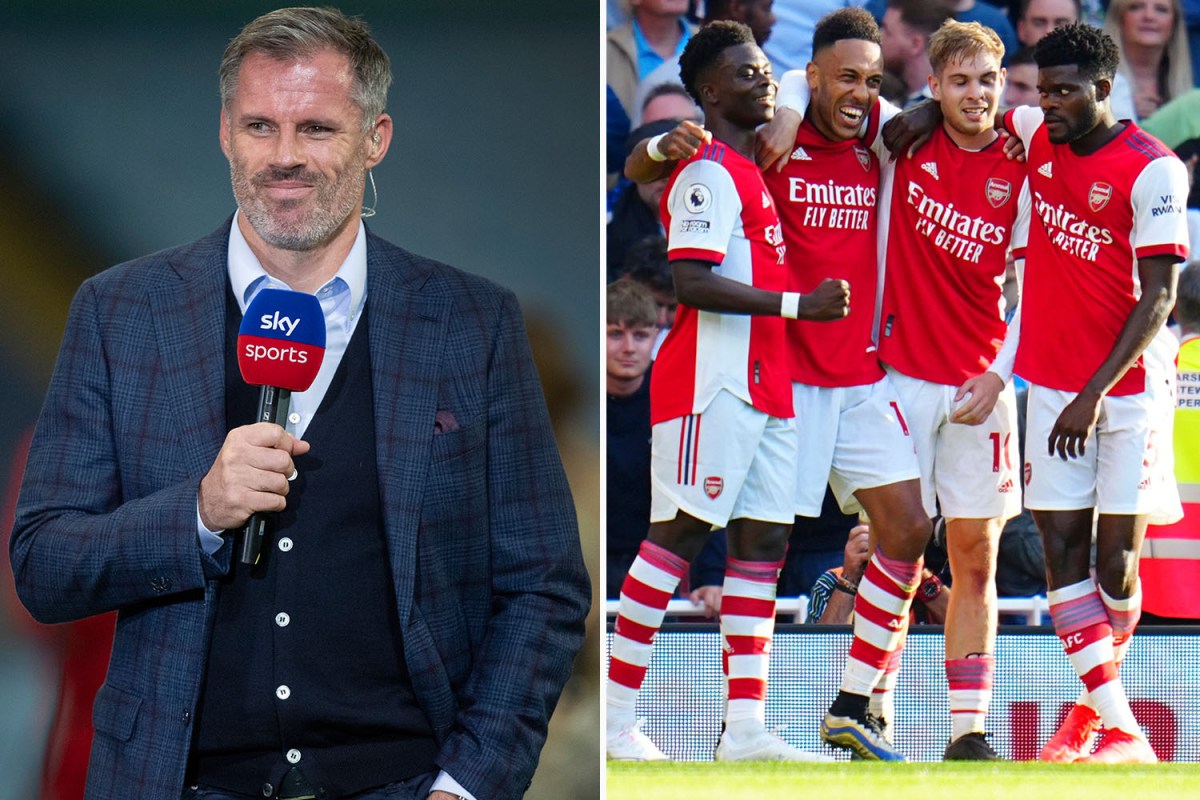 FORMER Premier League defender Jamie Carragher has labelled Arsenal as the ‘team to watch’ this season.

The Gunners are unbeaten in four Premier League games under Mikel Arteta, having been bottom of the table after Matchday Three.

Carragher has tipped the Gunners for successCredit: Reuters 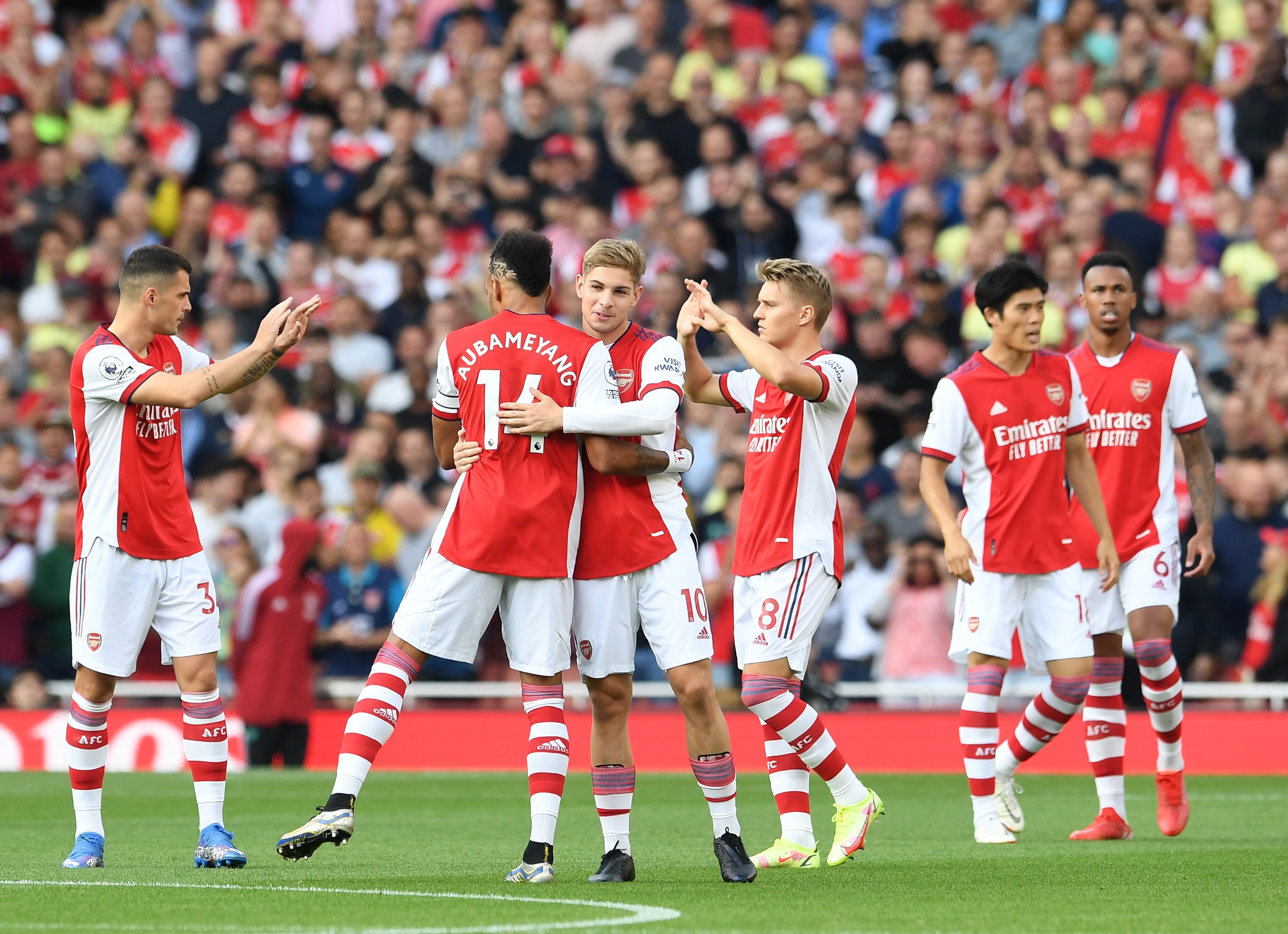 Arteta’s side followed up the 3-1 North London Derby win against Tottenham with a goalless draw away at BrightonCredit: Getty 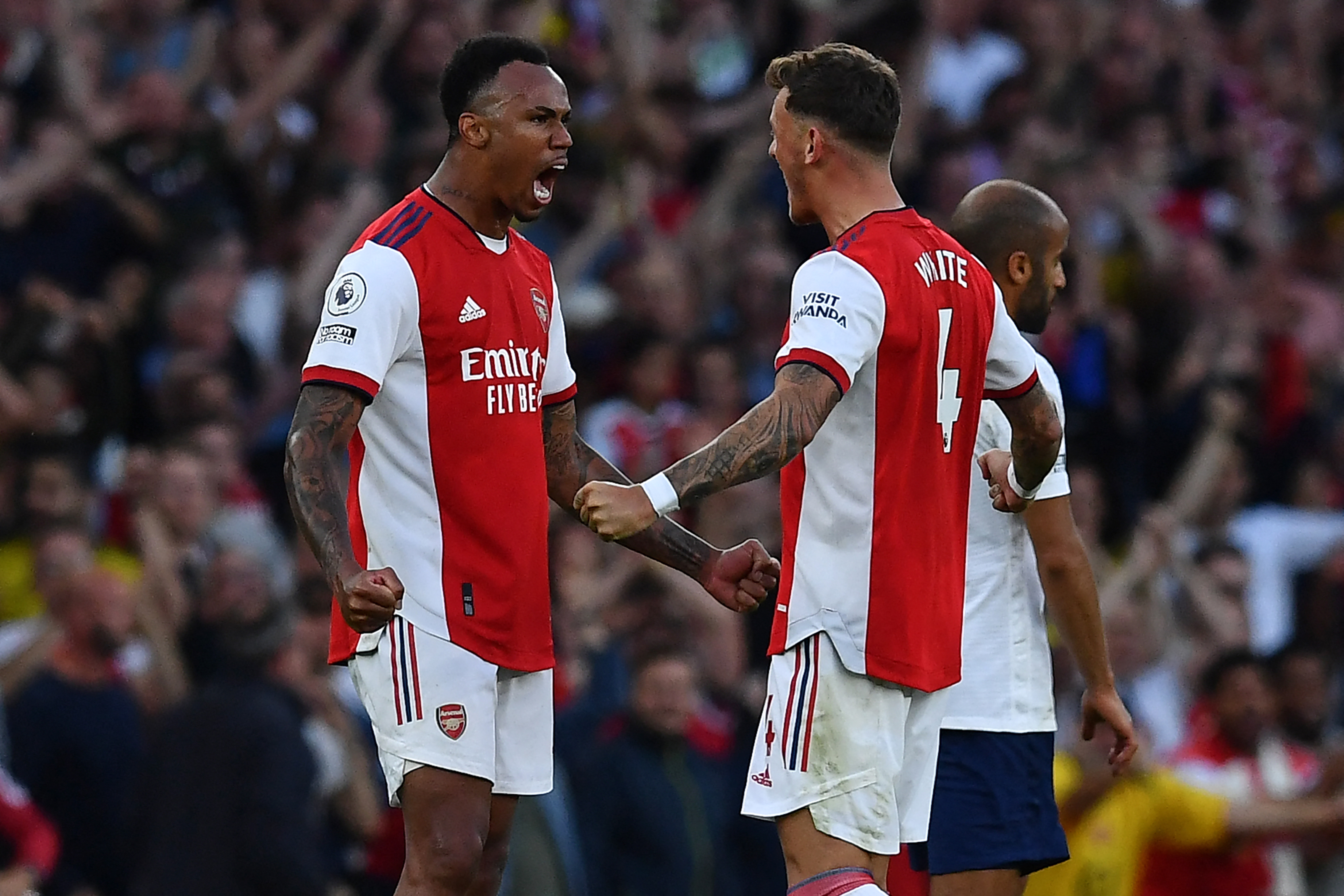 Gabriel and Ben White are starting to form a partnership at the heart of the Arsenal defenceCredit: AFP

And Liverpool legend Carragher thinks Arsenal will provide the biggest challenge to the teams currently in the top four.

Four clean sheets in their last five games in all competitions means Arteta’s side are starting to find some consistency at the back, having originally conceded nine in their opening three Prem games.

But despite the good run of form, Carragher, 43, believes Chelsea, Liverpool, Manchester City and Manchester United will be the top four teams come the end of the season.

Writing for the Telegraph, Carragher said: “We can already see which are the top four strongest Premier League teams.”

But he did go on to say: “The team that I think is worth watching closely as the season evolves is Arsenal.

“If they can get the consistency into their young side, the lack of European football can be a massive help for Mikel Arteta as he spends more time with his players on the training ground.

“I think it is too soon for them to qualify for the Champions League, but of the chasing pack they may prove themselves best equipped to challenge.”

Unlike Chelsea, Liverpool and the two Manchester clubs, Arsenal do not have the fixture congestion that comes with playing European football.

Other potential top four contenders such as Tottenham, Leicester and West Ham are also balancing domestic and European campaigns.

The Gunners return to action after the international break with back-to-back home games in the league, with the eleventh placed side eyeing a charge up the table.

Crystal Palace and Aston Villa are the visitors to North London, before another home game against Leeds in the last-sixteen of the Carabao Cup.

Last season’s dismal eighth placed finish means this season is the first time in 25 years that Arsenal are not competing in Europe.

But Carragher believes the lack of European football could actually benefit the Gunners, with Arteta’s eyes firmly on the domestic campaign.

The FA Cup and Carabao Cup also offer potential avenues for silverware for Arteta and Co. 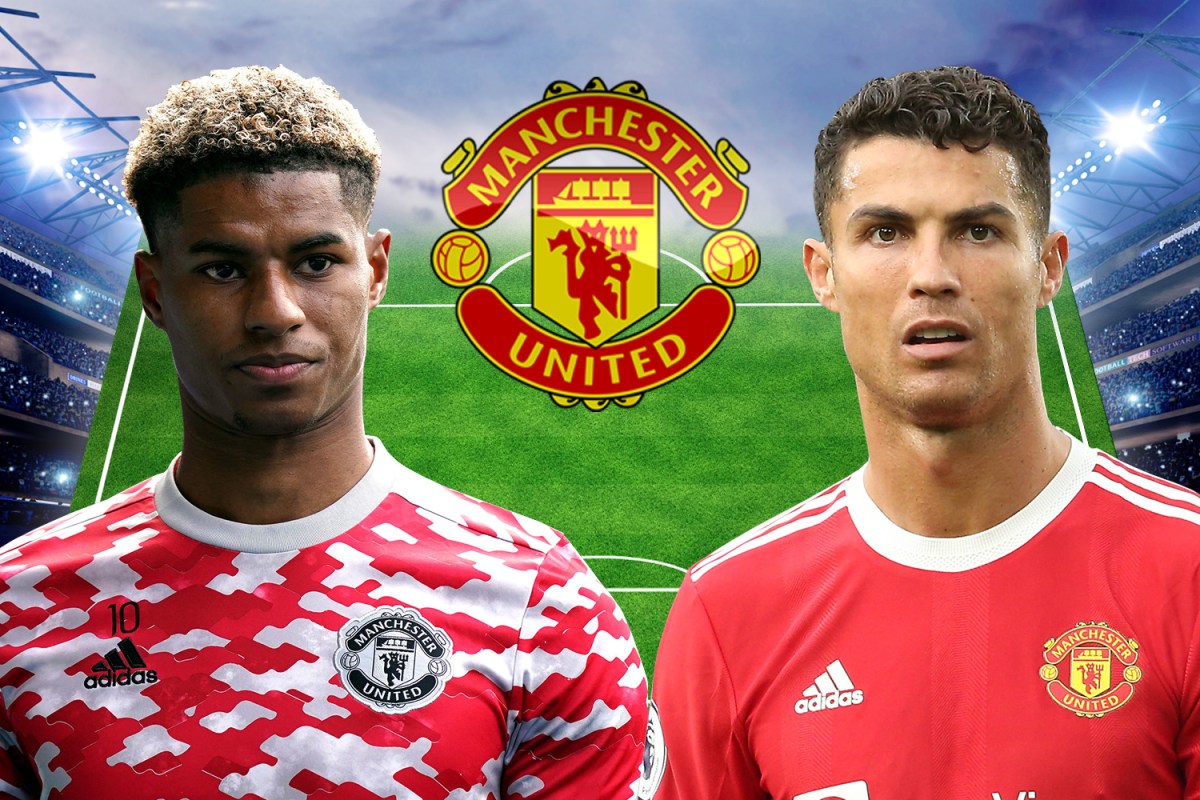