ITALY hero Jorginho enjoyed a deserved break from football by larking around with girlfriend Catherine Harding in the Mediterranean.

The happy couple were pictured soaking up the sun and hopping on a number of gadgets off the coast of Formentera. 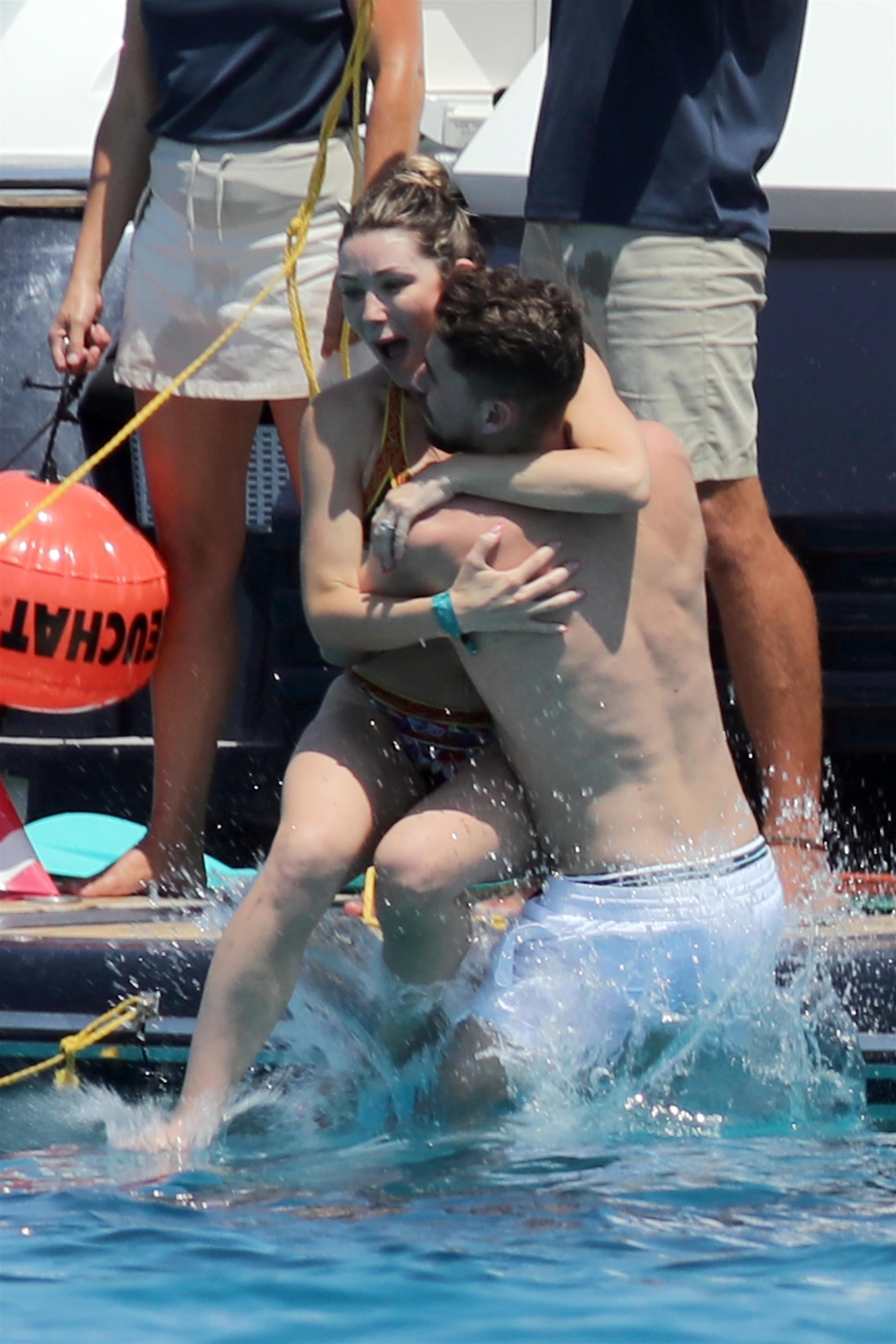 The couple were holidaying off the coast of FormenteraCredit: Splash

At one point, Jorginho embraced his partner, who he has been dating since 2019.

And the cheeky Chelsea midfielder pulled Catherine off their boat and into the water, laughing while going down with her.

It was all smiles on the Spanish island as the couple jumped on paddleboards, jet skis, and a Flyboard.

Jorginho, 29, also showed off his athleticism with a perfect dive off their yacht and into the crystal clear water.

The romantic pair then stole a moment to share a kiss aboard the boat.

She previously dated actor Jude Law and gave birth to their daughter Ada, his fifth child, in 2015.

Voice 2020 contestant Catherine had also been soaking up the sun with her beau in Mykonos earlier this month. 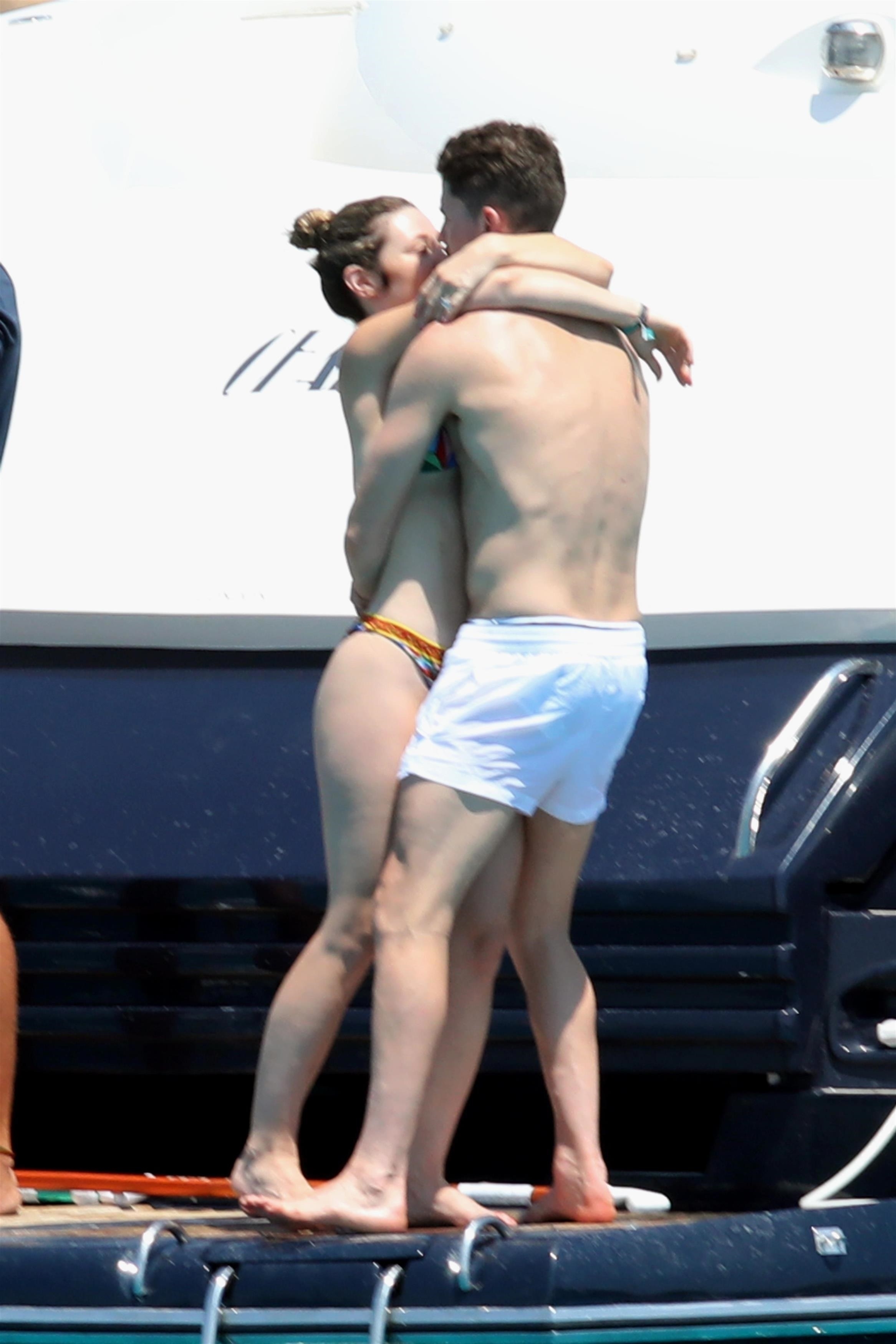 Jorginho and Catherine have been dating since 2019Credit: Splash 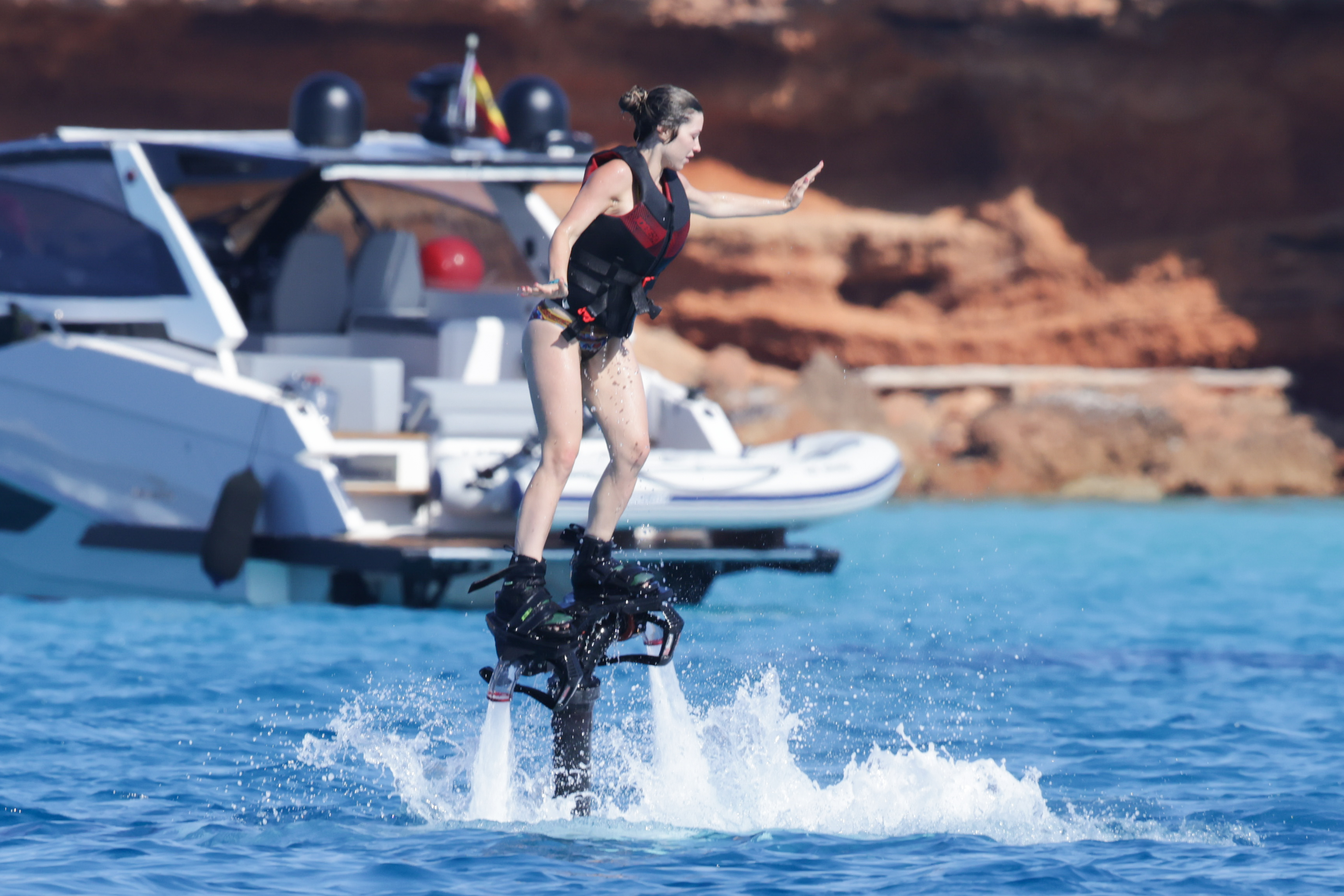 The singer-songwriter took to a Flyboard in the MediterraneanCredit: Splash 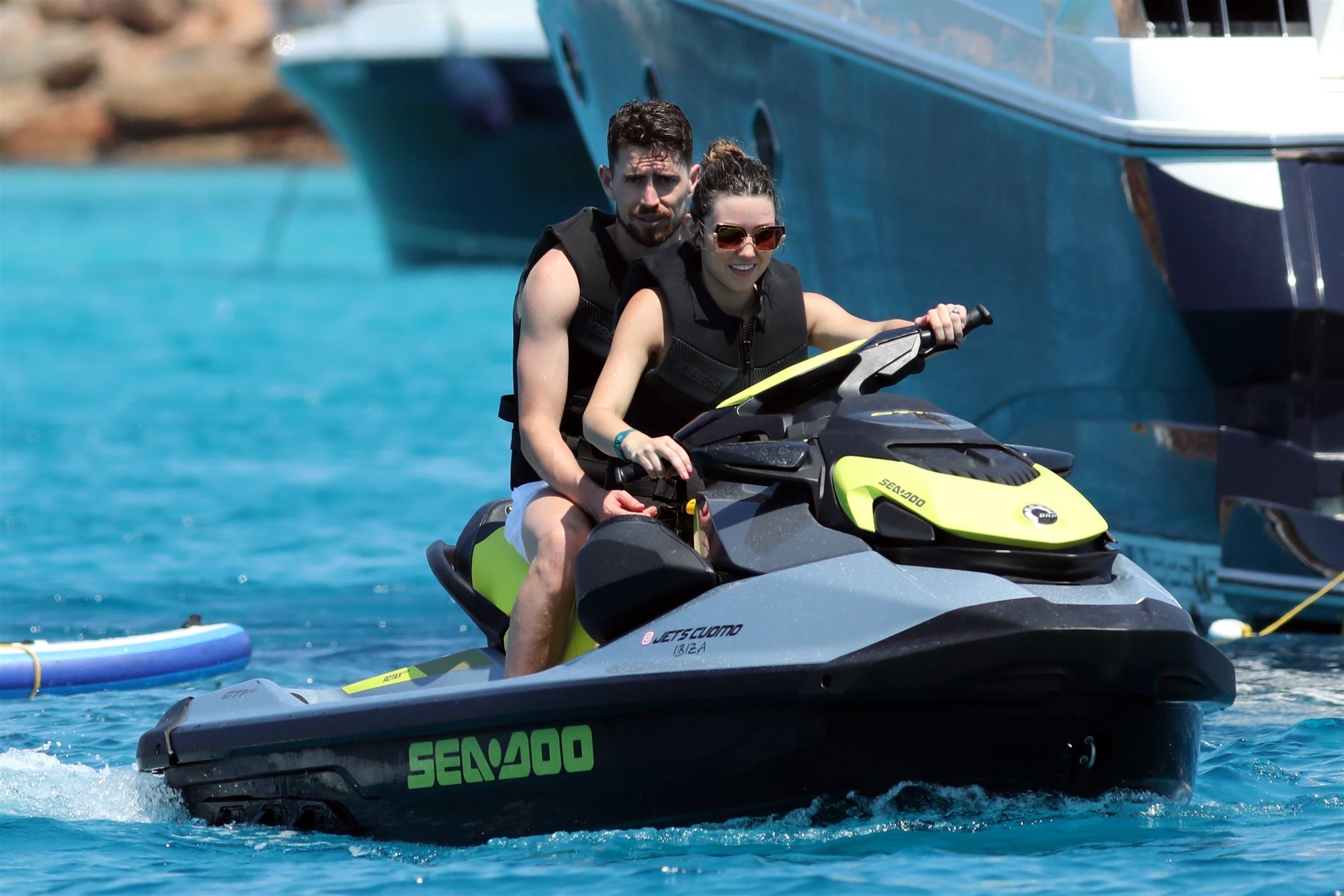 The couple also jumped on a jet skiCredit: Splash 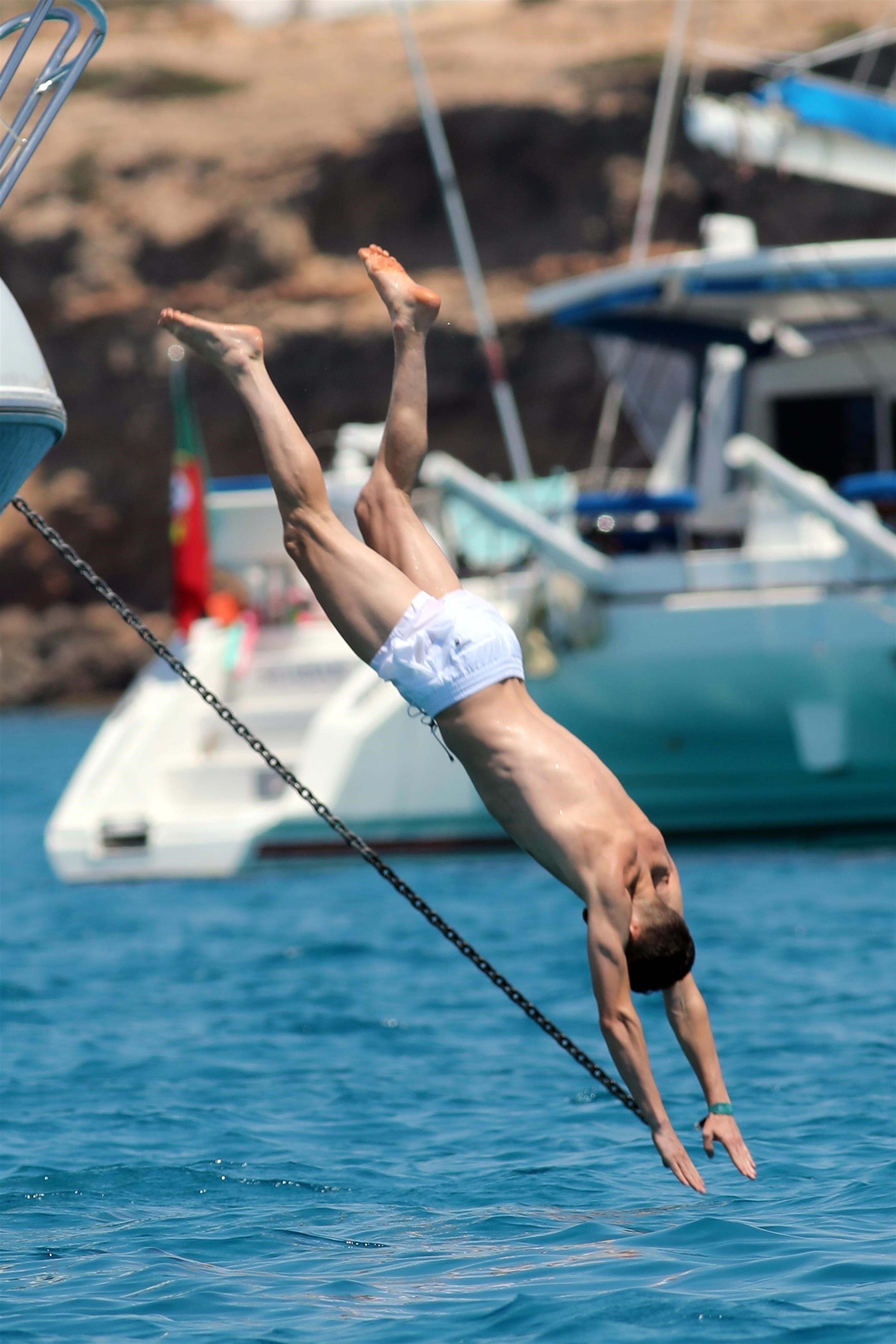 Jorginho hopped off the boat to show off his diving skillsCredit: Splash 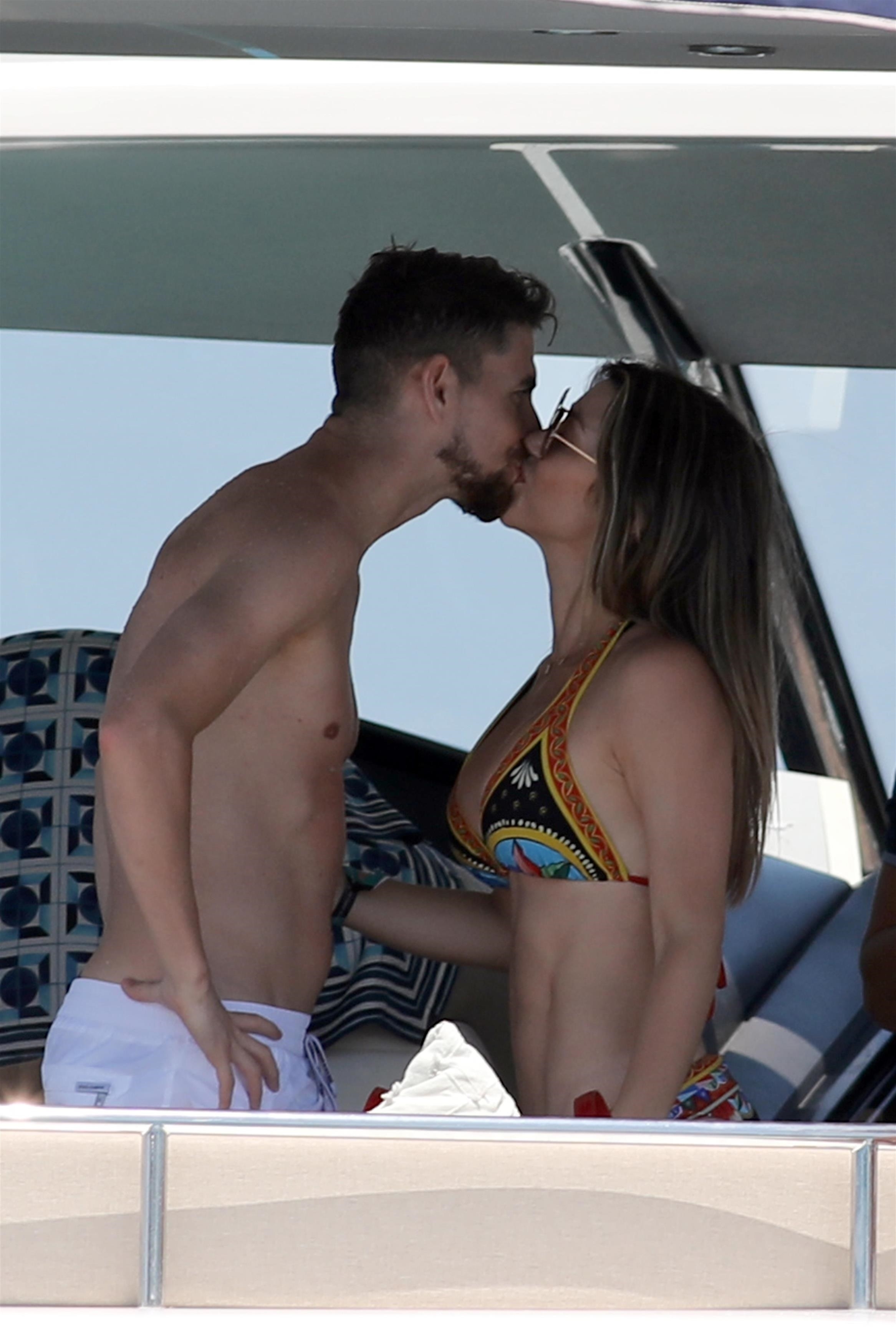 The happy couple stole a kiss aboard the yachtCredit: Splash

Jorginho piloted a quad bike on the Greek island after they relaxed in the sun on a beach.

During Italy’s run to the Euro 2020 title, she traded in her usual loyalties to support the Azzurri as they downed England at Wembley.

With Chelsea’s pre-season already underway, Jorginho will return from his extended break before the Uefa Super Cup against Villarreal on August 11. 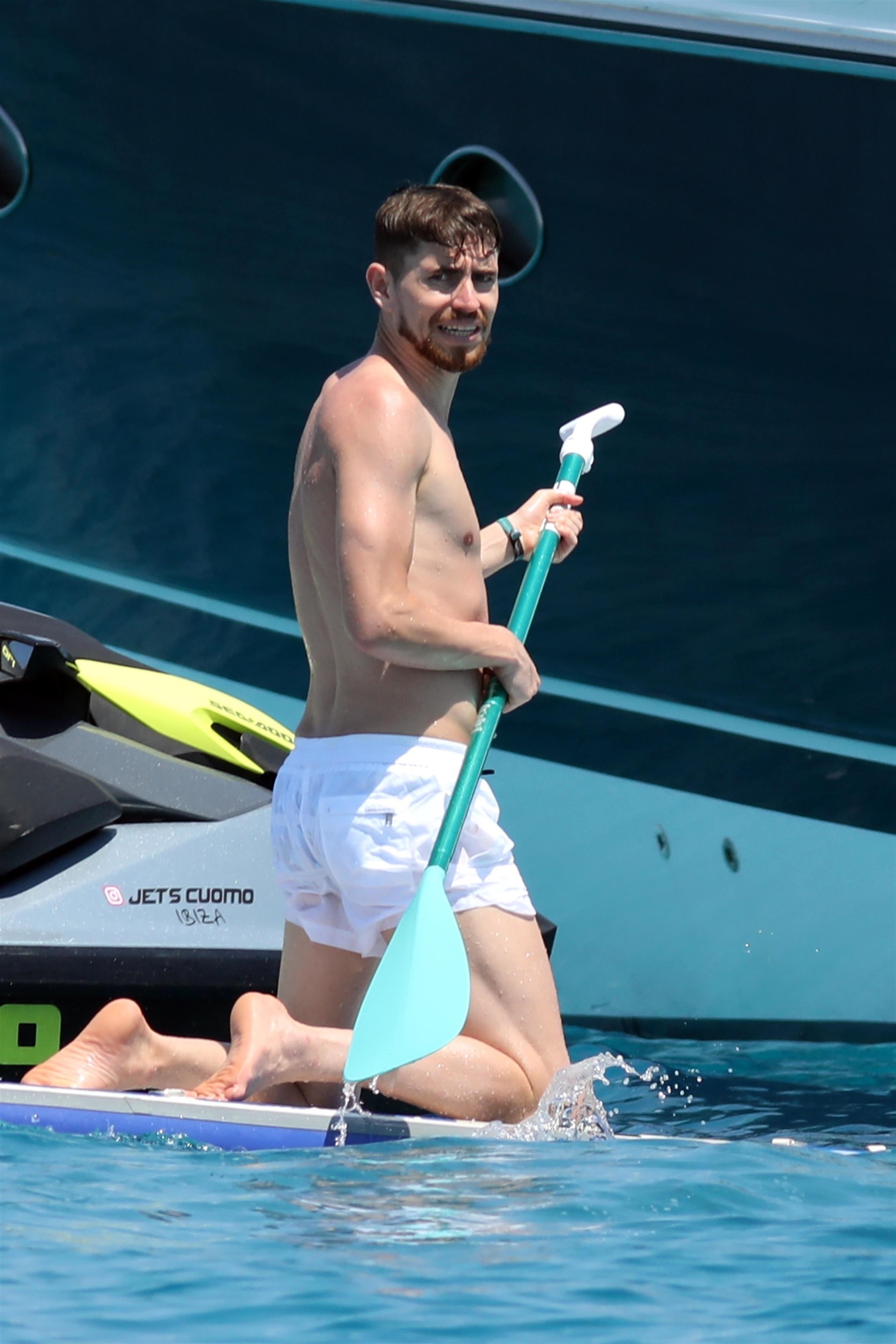 Jorginho enjoyed a go on a paddleboard in the MedCredit: Splash 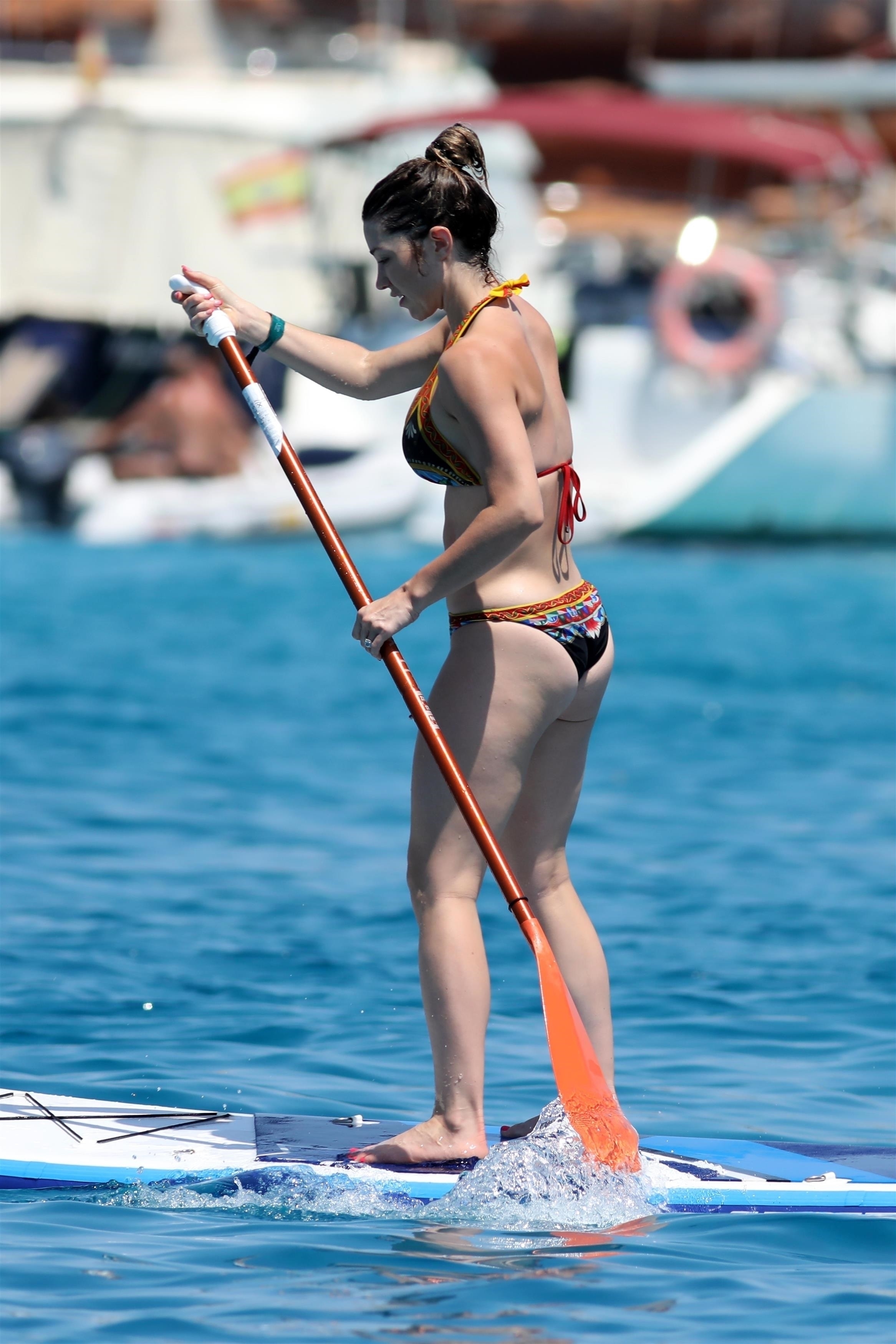 Catherine was a natural riding the wavesCredit: Splash 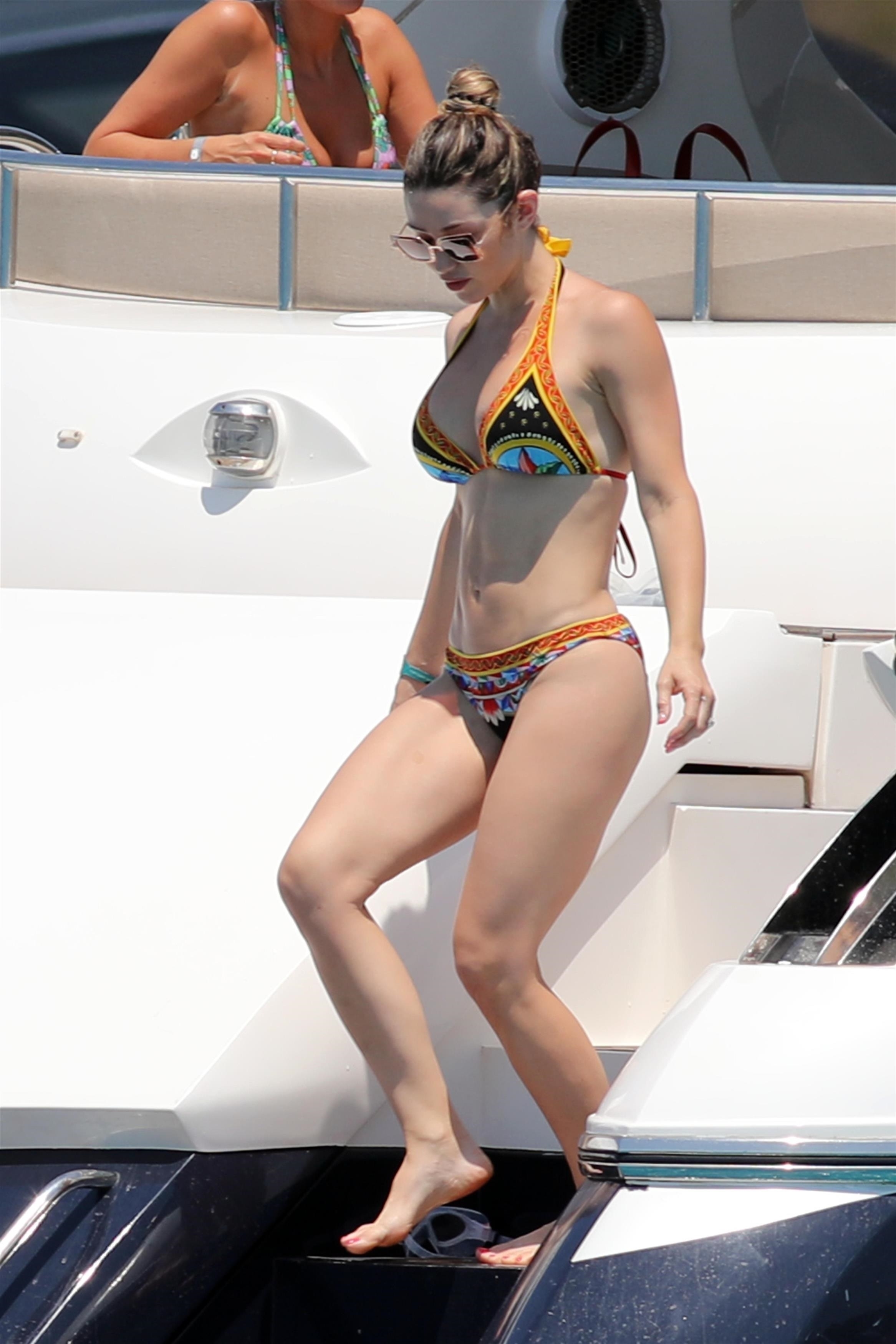 The couple are holidaying off the coast of the Spanish islandCredit: Splash 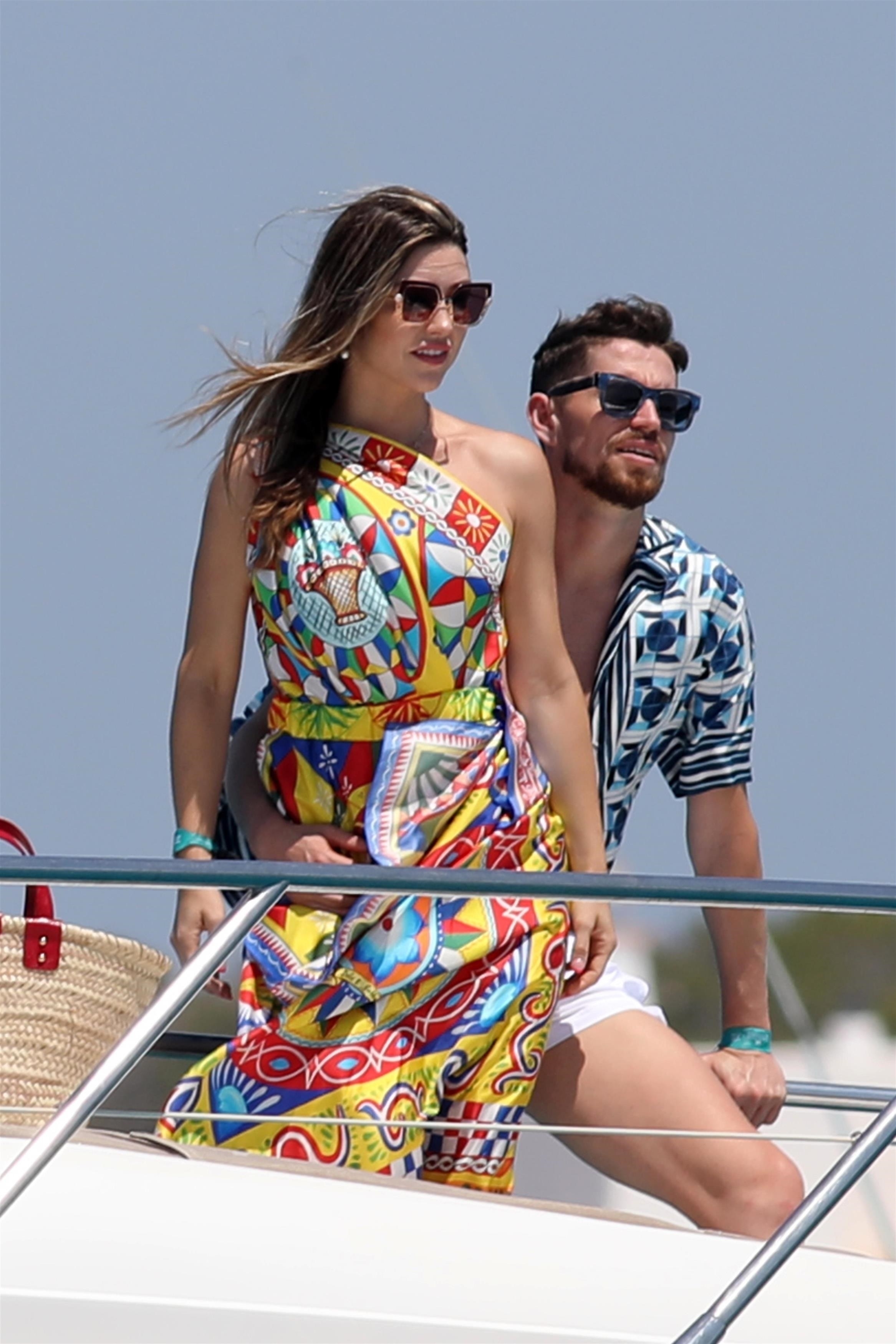 Jorginho and Catherine soaked up the sun after a busy seasonCredit: Splash 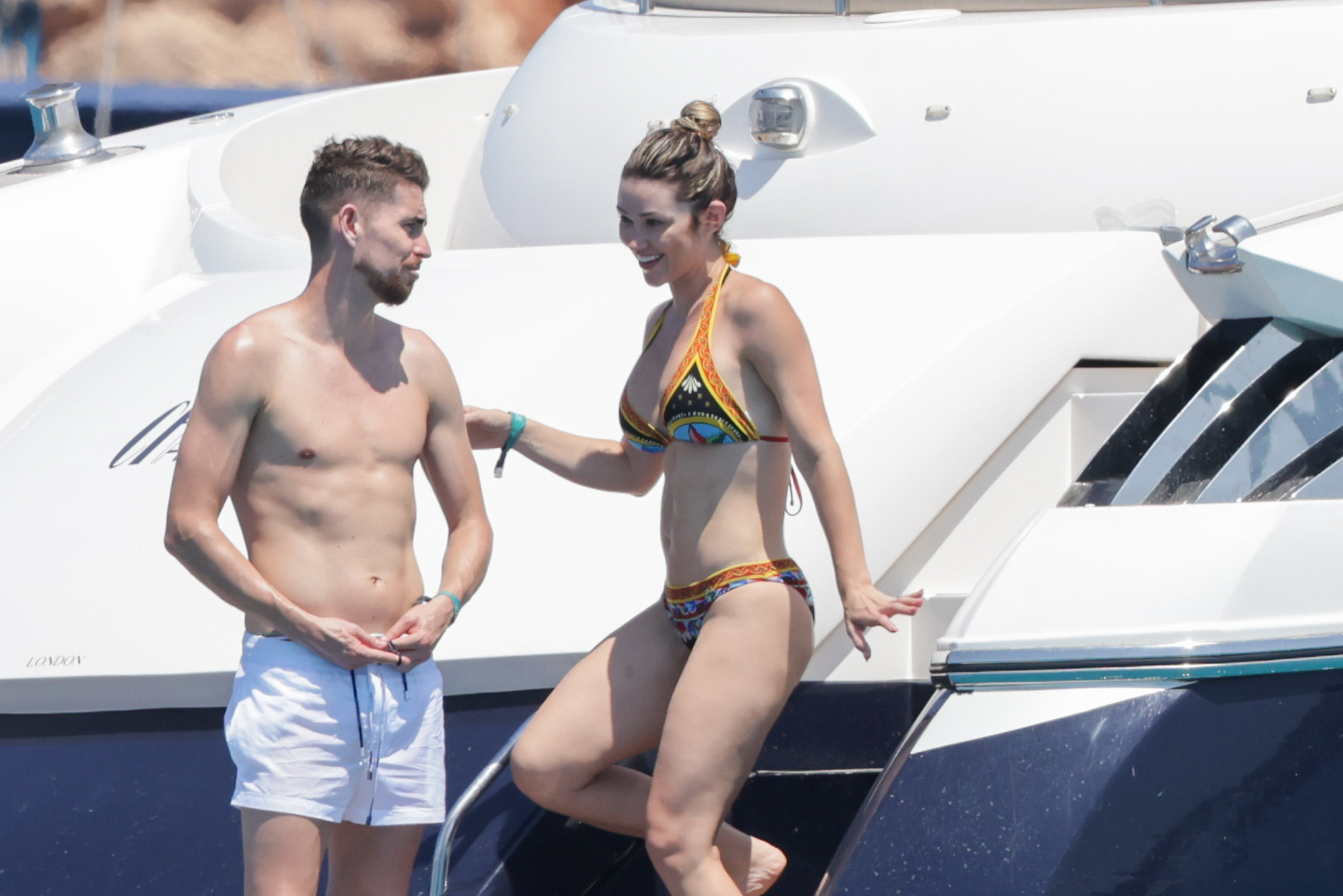 The Chelsea star will soon be due back in training for the new campaignCredit: Splash