JORGINHO returned from injury to drag Chelsea out of the doldrums.

The midfielder tucked away two second half penalties to cap a rousing fightback and re-ignite his team’s battle for the Premier League title.

Just as well with top two Manchester City and Liverpool winning as well.

And good news on a personal level too for the Italian as his cool double forced recent costly errors against West Ham and Manchester United out of his system.

There are still issues for Chelsea to iron out but this was a much-needed win which also showed the spirit within the camp is there to overcome injury and confidence problems.

For they were trailing after 28 minutes when a clumsy challenge by Marcos Alonso led to Raphinha also scoring from the spot.

Keeper Edouard Mendy was also painfully slow to react to the cheeky spot kick as he continues to struggle for form having made an awful blunder at West Ham last week.

Chelsea and Leeds enjoy a particularly spiky rivalry dating back to some bloody scraps in the 1970s on mudbath pitches. 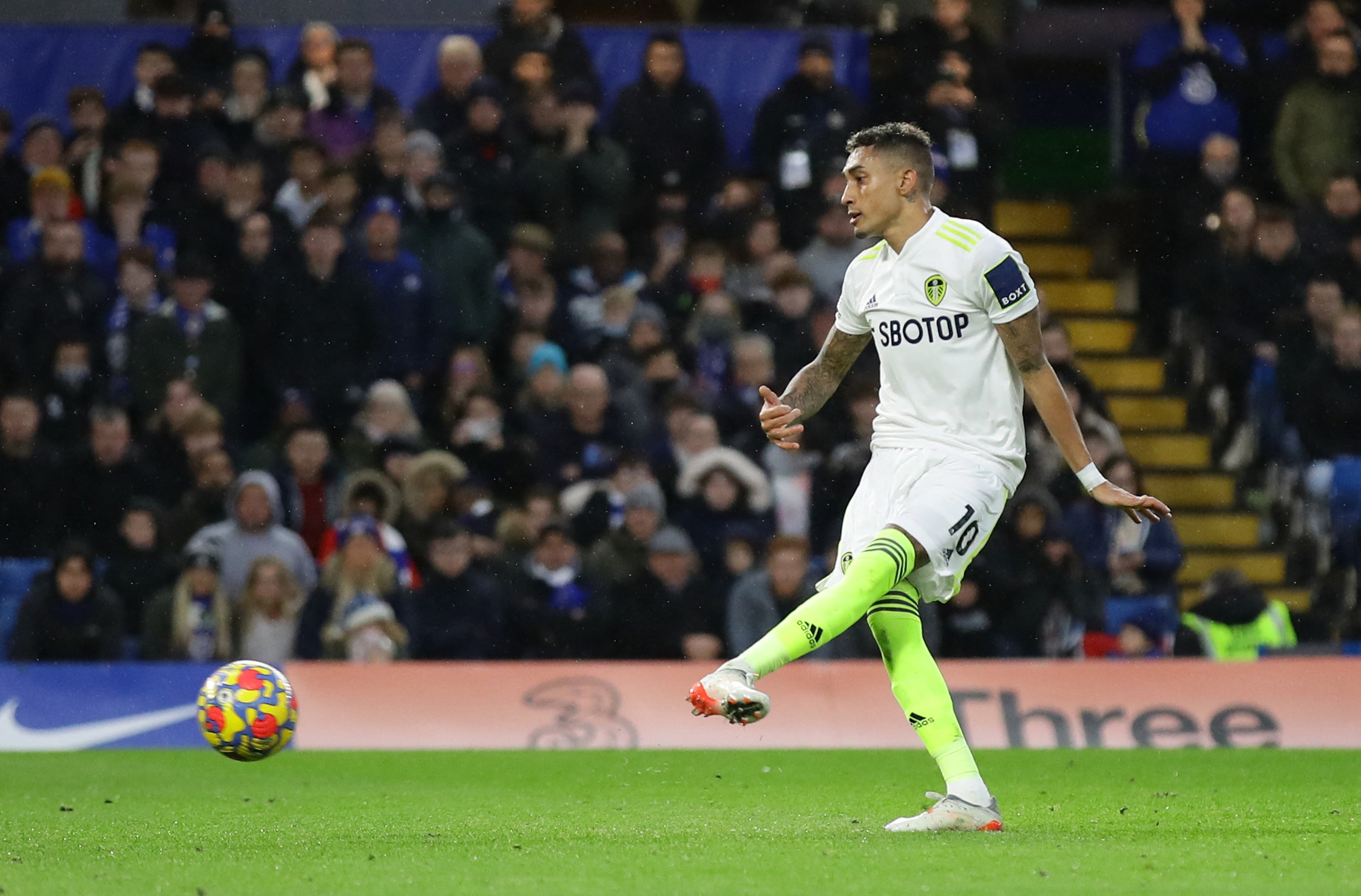 Raphinha put Leeds ahead with a penaltyCredit: Reuters 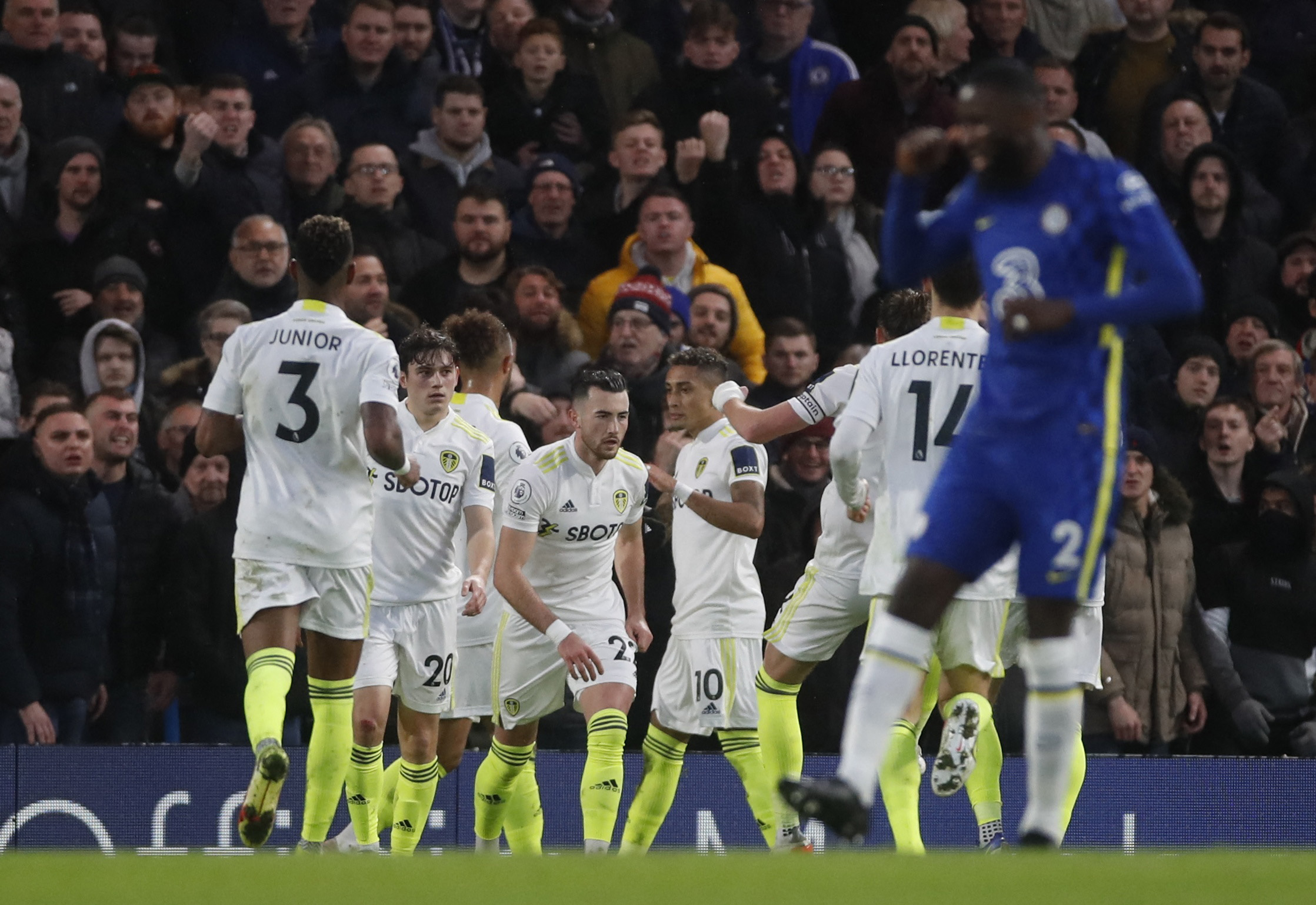 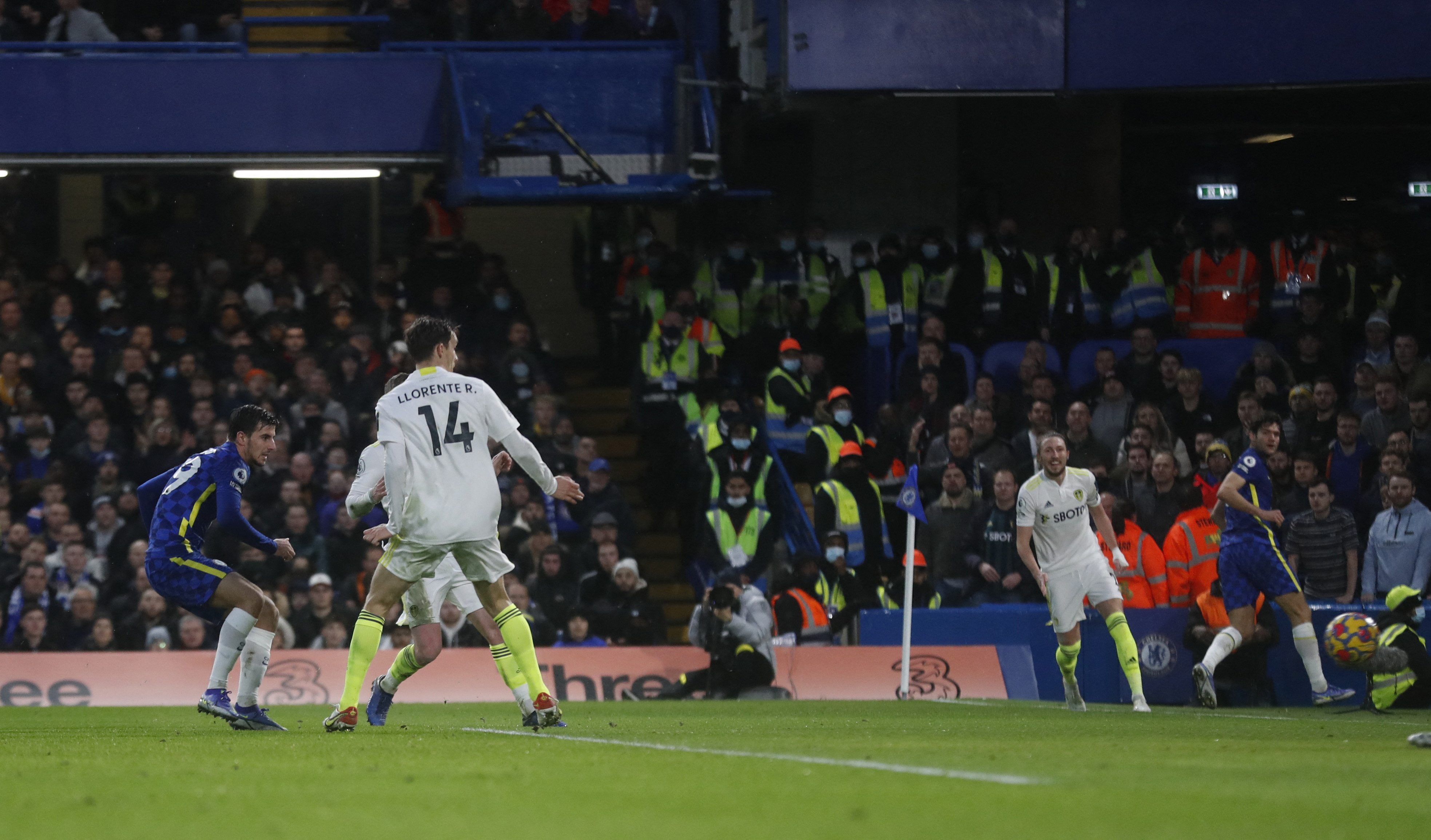 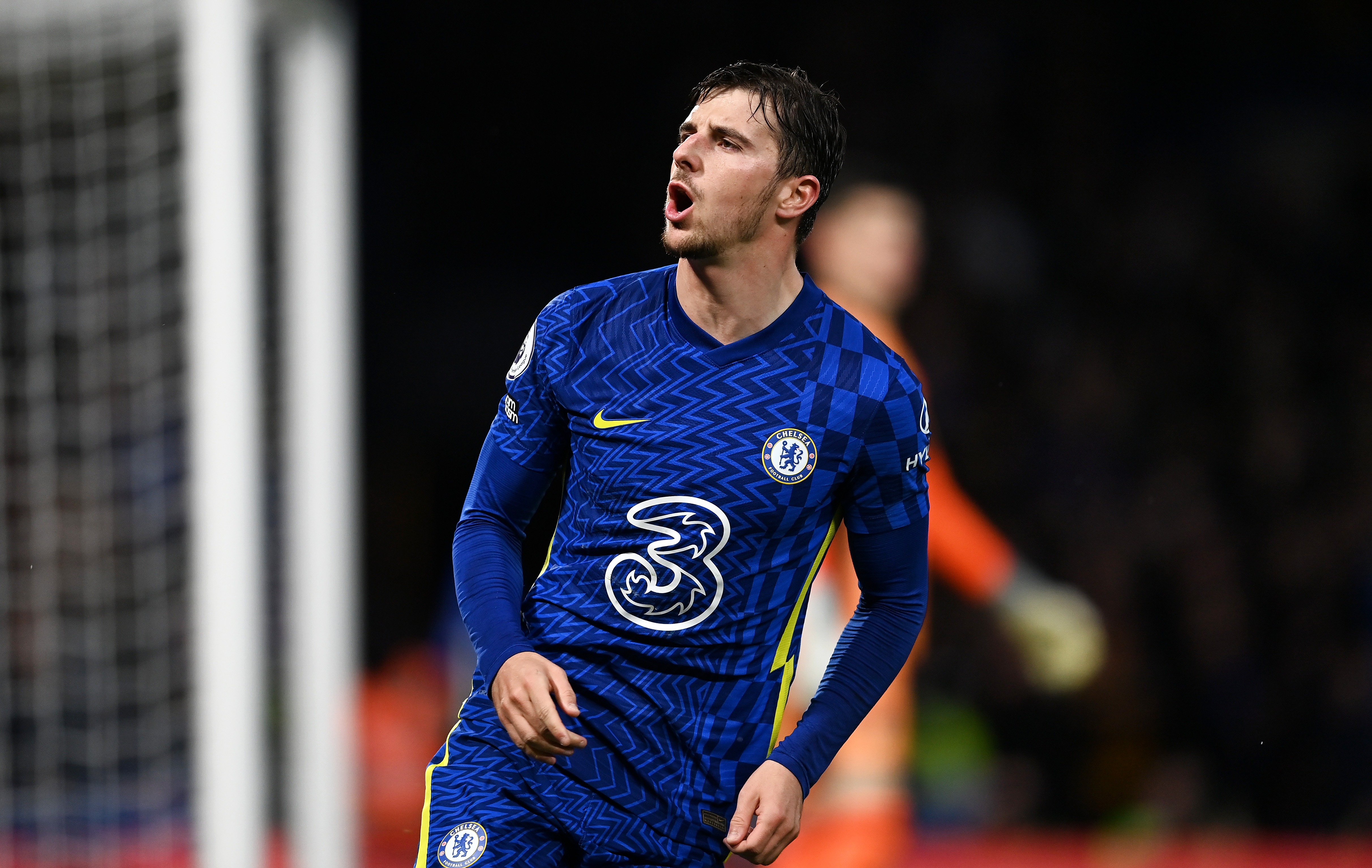 This was the 21st century version with cosmopolitan names, VAR and a snooker table surface with technology playing its part in settling a pulsating game.

But with old-fashioned chanting, an old-fashioned atmosphere in a modern day setting it’s about as close as we can get to a full-blooded clash from yesteryear.

Left back Alonso responded to constant taunting from the visiting fans by setting up the equaliser for Mount to bury from inside the box three minutes before half time.

The Spaniard’s animated celebrations in front of the away end a clear signal of his pent up emotion.

Jorginho, returning after missing the midweek Champions League disappointment with a back and hip problem, then made it 2-1 after Alonso was fouled by Leeds’ Brazilian penalty taker in the 58th minute.

But as in recent games, Chelsea’s habit of switching off came back to haunt them and sub Joe Gerhardt levelled for the visitors with a cushioned strike when Thiago Silva dropped off in defence. 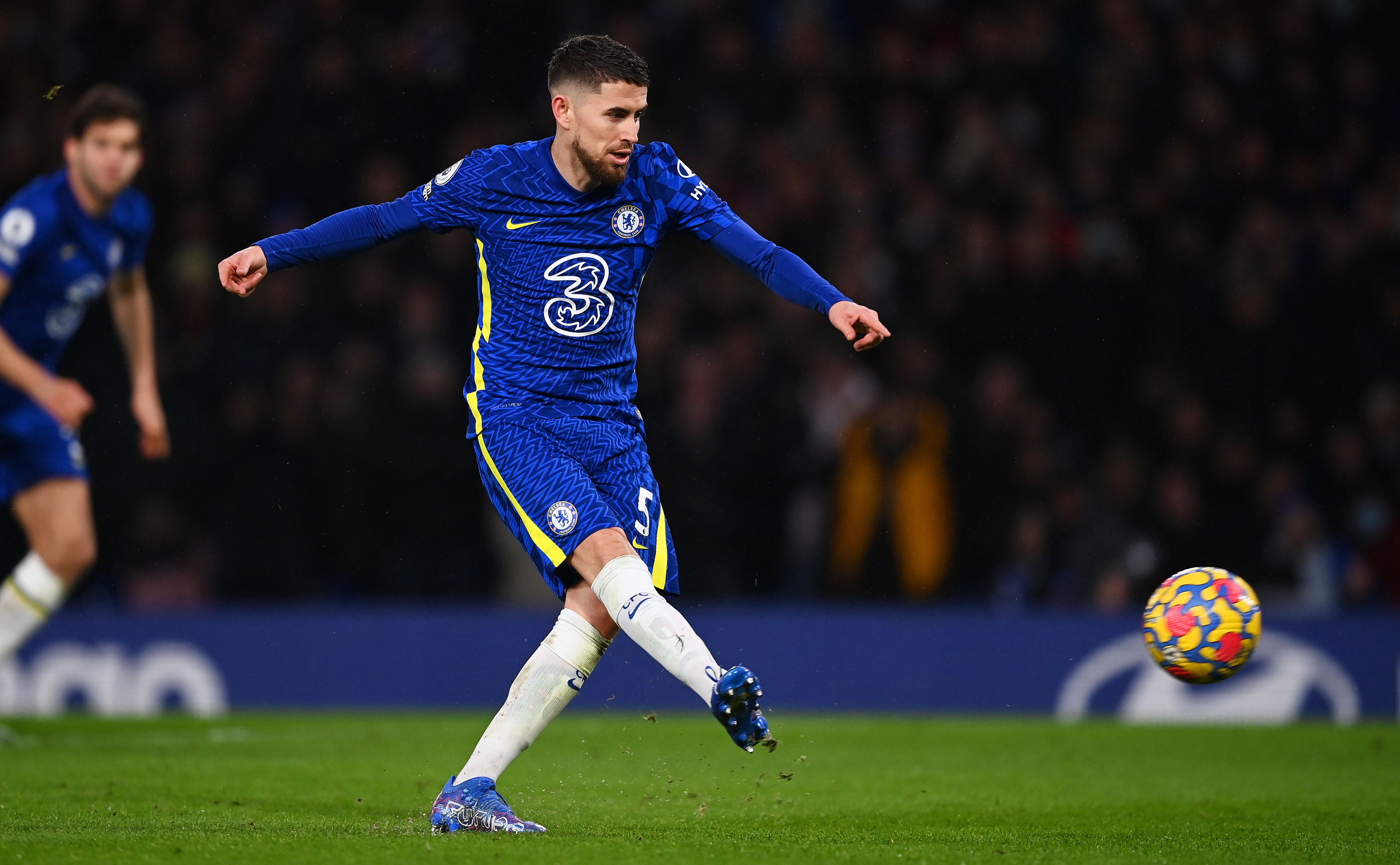 Jorginho put Chelsea ahead with a penaltyCredit: Getty 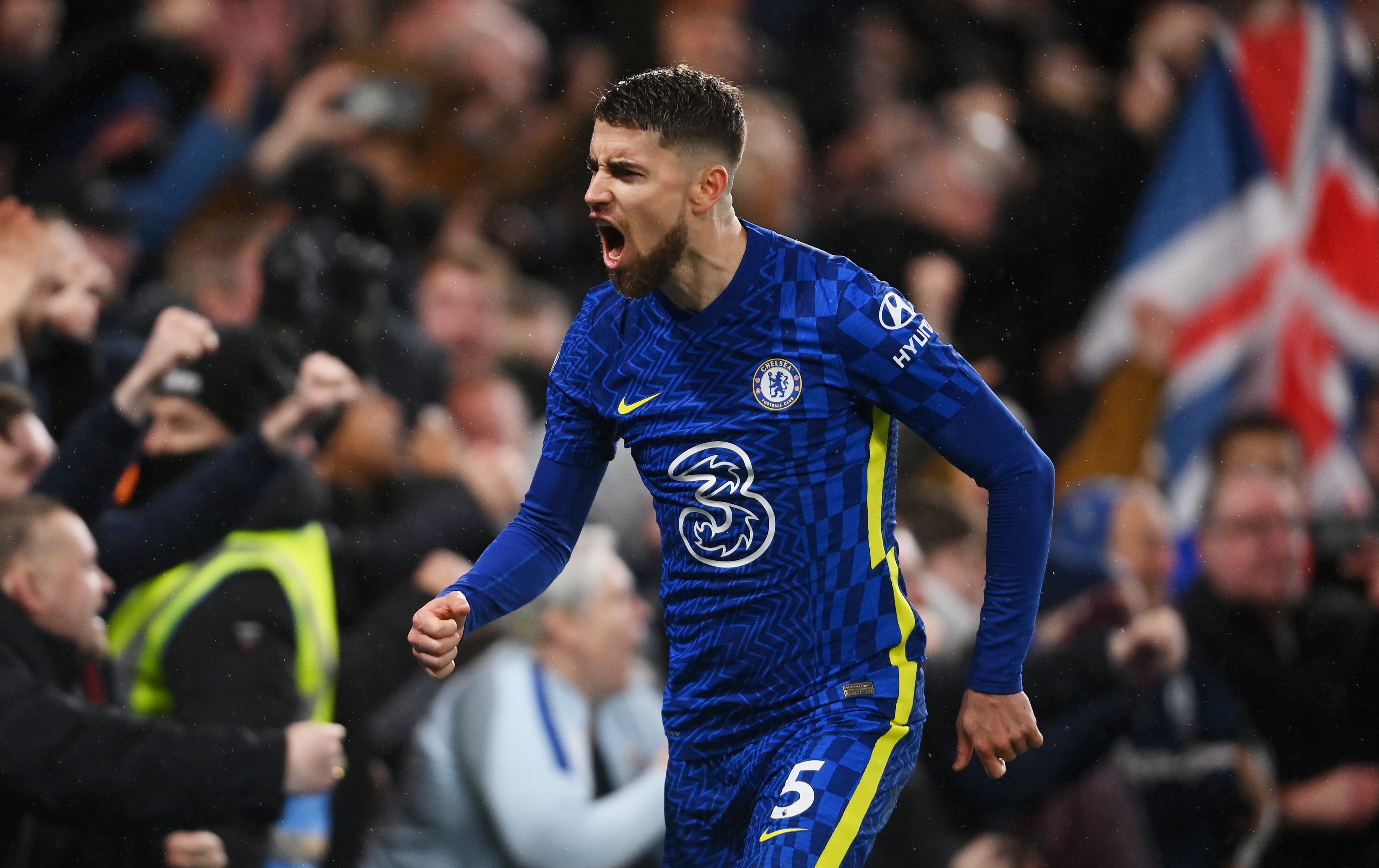 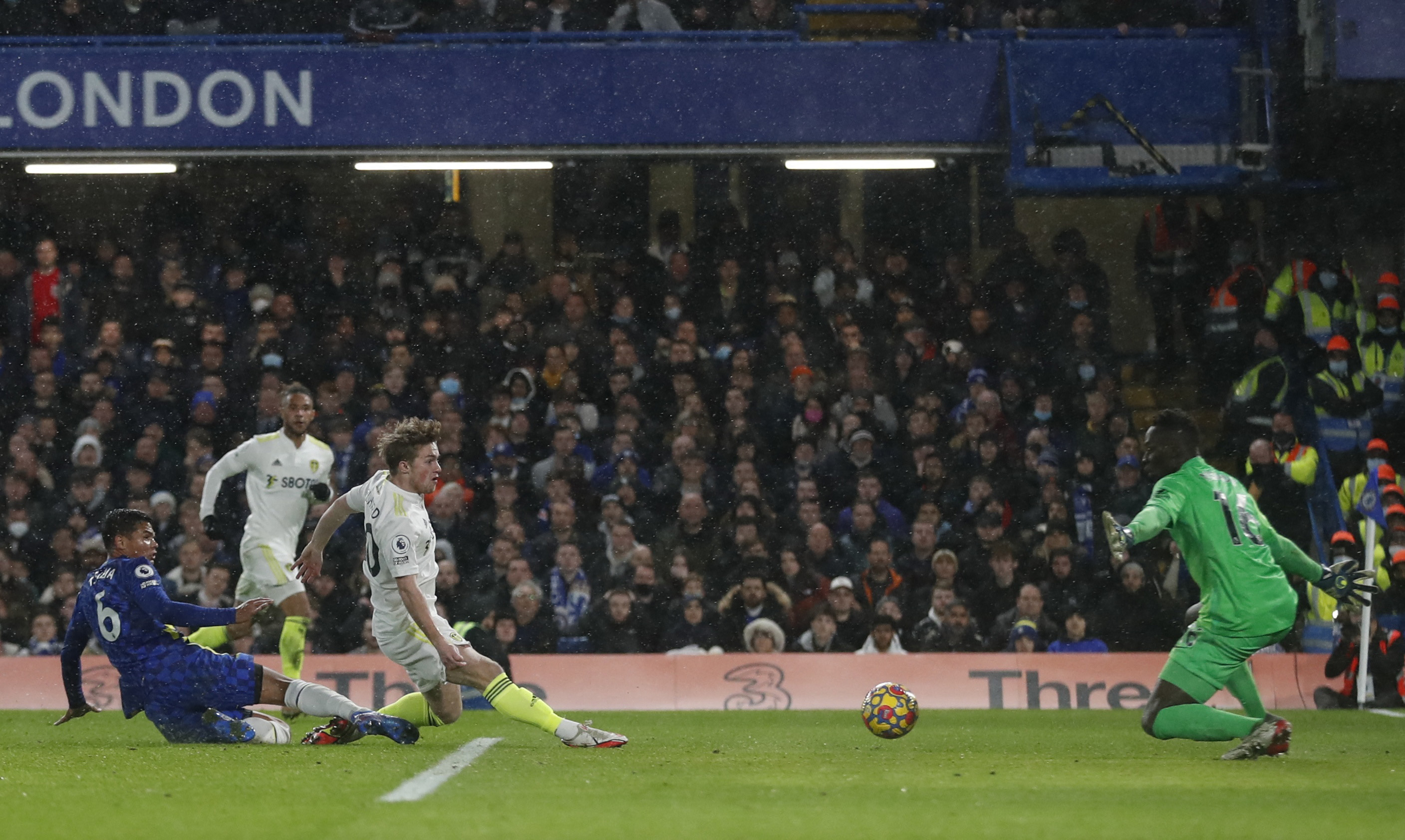 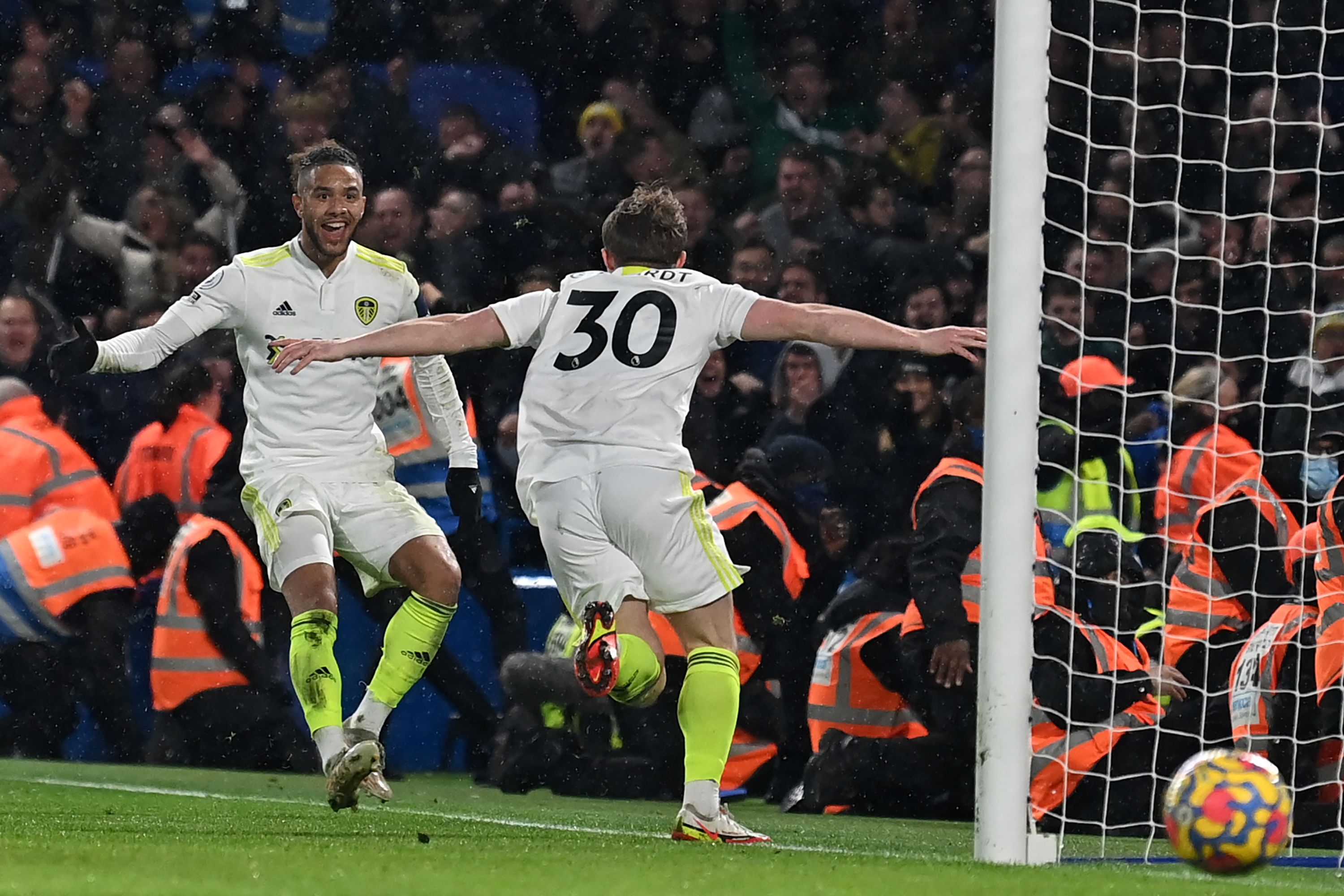 But a fitting climax to a breathless game came in the form of a second goal for Jorginho after Rudiger went down again, this time to a soft tap on his foot from Mateusz Klich.

Jorginho slammed home his shot to seal the points for Chelsea. Rudgier then got involved in an ugly spat at the death, wading in to defend team-mate Kai Havertz who has clashed with Junior Firpo on the touchline.

Chelsea’s fiery German could find himself in bother with the FA for his loss of cool. 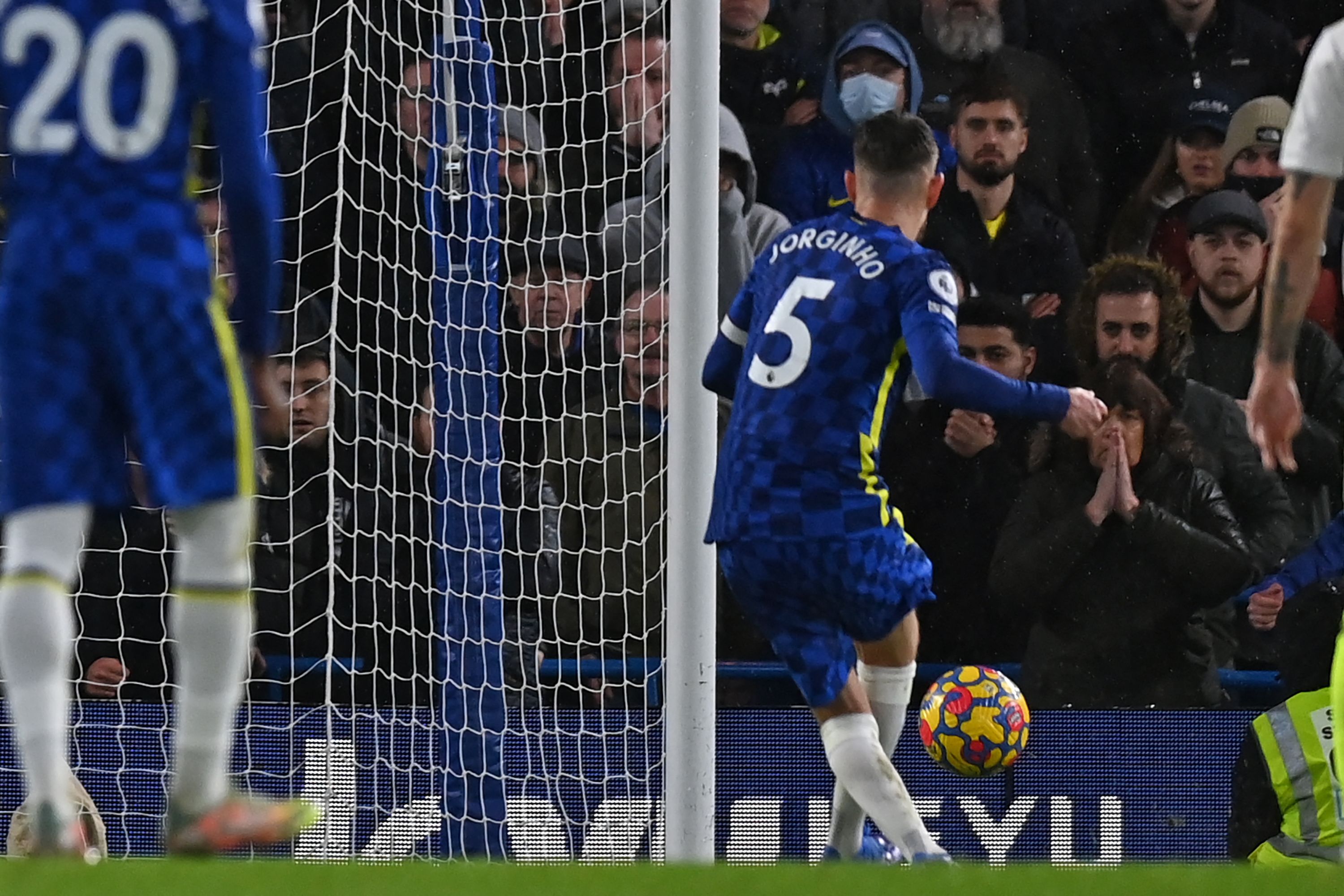 Jorginho converts for a second time from the spotCredit: AFP 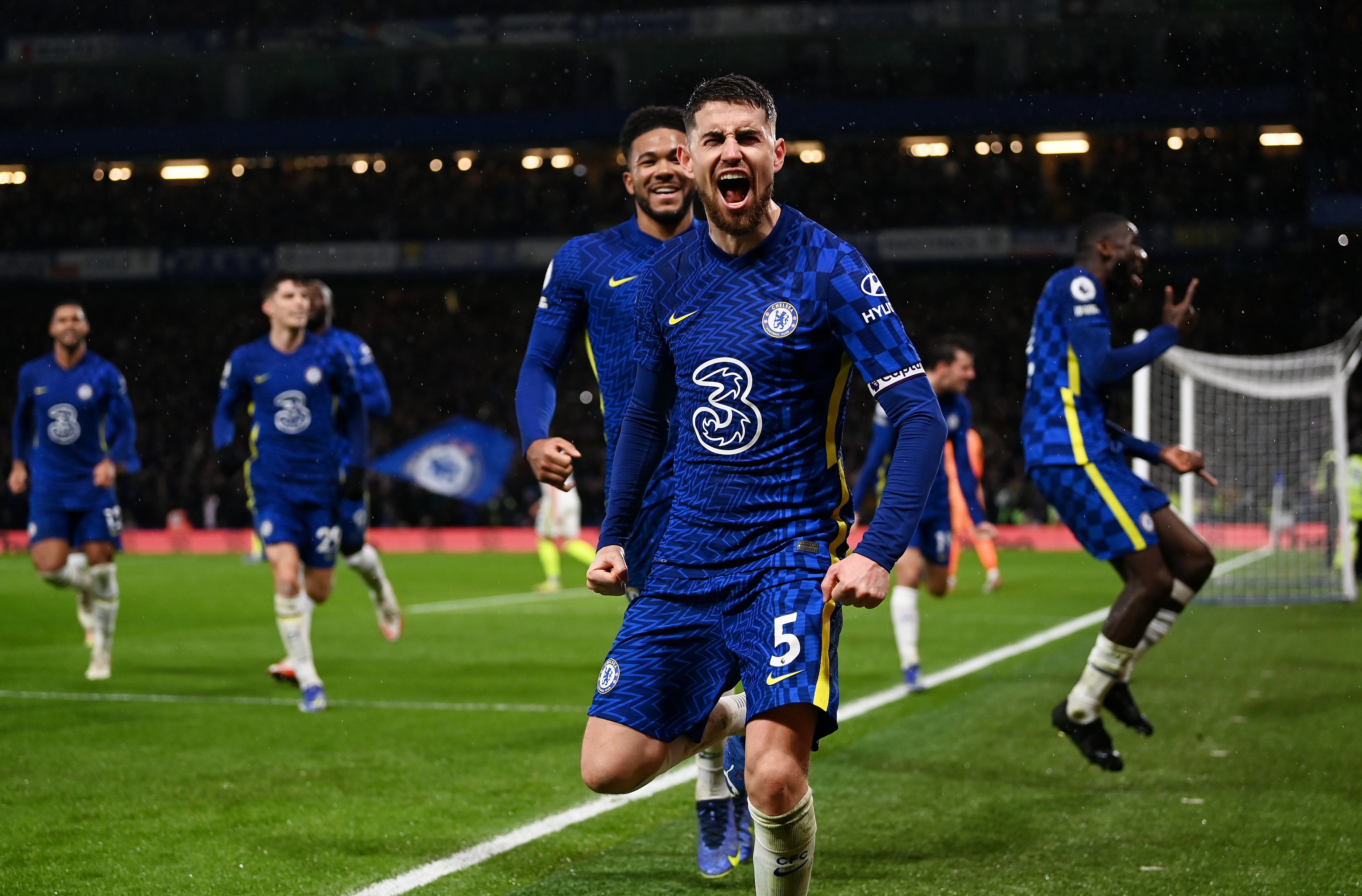