Chelsea axed Lampard on Monday after 18 months in charge and his old manager Mourinho expressed sympathy and called him ‘an important person in my career’. 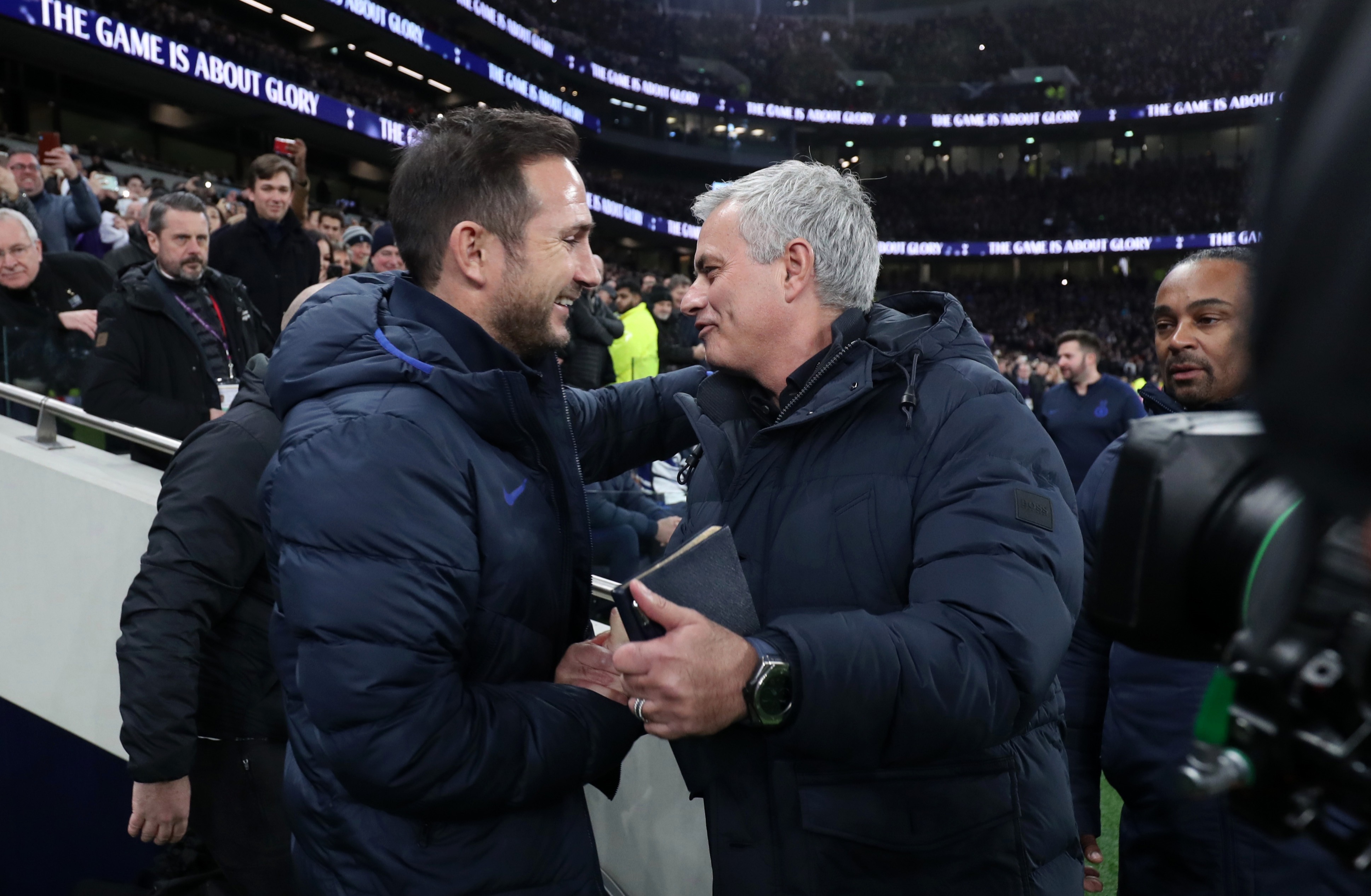 Speaking after Tottenham’s FA Cup win at Wycombe, Mourinho said: “I am always sad when a colleague loses his job.

“Frank is not just a colleague, he is an important person in my career, so I feel sorry.

“But it is the brutality of football, especially modern football.

“So when you become a manager you know that sooner or later it is going to happen to you.”

Lampard managed 57 Premier League matches with a record of 1.67 points per game, the worst of any Stamford Bridge boss during Abramovich’s 18-year era.

Lamps departed with the club five points off the top four and still in both the Champions League and FA Cup, beating Luton in his final game in charge.

But the owner had seen enough and pulled the trigger – with Thomas Tuchel set to replace him in the dugout.

Chelsea fans rarely hear directly from Abramovich, let alone regarding sackings, but he released a public comment after Lampard’s departure.

The Russian said: “This was a very difficult decision for the club, not least because I have an excellent personal relationship with Frank and I have the utmost respect for him.

“He is a man of great integrity and has the highest of work ethics. However, under current circumstances we believe it is best to change managers.

“On behalf of everyone at the club, the board and personally, I would like to thank Frank for his work as head coach and wish him every success in the future.

“He is an important icon of this great club and his status here remains undiminished. He will always be warmly welcomed back at Stamford Bridge.”

Lampard also spoke out and said: “Firstly, I would like to thank the fans for the incredible support that I have received over the last 18 months. I hope they know what that means to me.

“They are the future of the club.

“I want to thank Mr Abramovich, the board, players, my coaching team and everyone at the club for their hard work and dedication, especially in these unprecedented and challenging times.

“I wish the team and the club every success for the future.”

Elsewhere, Manchester City boss Pep Guardiola also echoed Mourinho’s sentiments and said: “You have to win. The people talk about projects and ideas, but it doesn’t exist.

But Leicester boss Brendan Rodgers criticised the West Londoners for not giving the 42-year-old more time.

He said: “I’m really sad for Frank, I know how much the club means for him.

“Looking at the squad, and how young they are, it’s a team and squad that needs time.

“Unfortunately he hasn’t been given that time. I really, really feel for him.”