JOSH DASILVA sent jubilant Brentford through to their first ever Cup semi-final – while it was another night of misery for Newcastle.

The former Arsenal midfielder scored a cracking 66th minute volley for the Championship side who had already polished off three Premier League teams in the Carabao Cup. 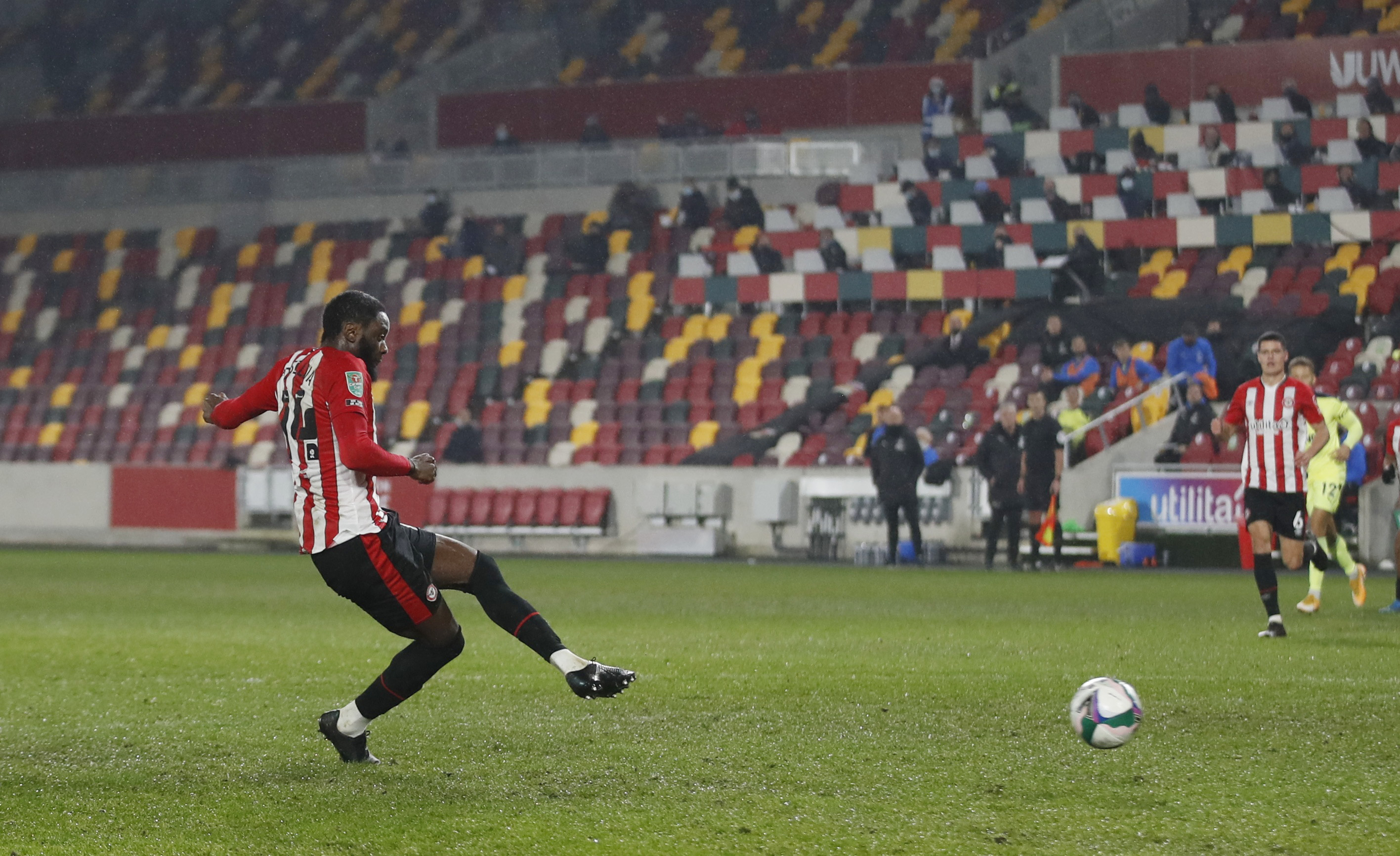 The midfielder swept home with his left foot in the 66th minuteCredit: Reuters

But Steve Bruce’s side can have few arguments about going the same way as Southampton, West Brom and Fulham as their overall performance was poor.

And it was fitting that Dasilva proved to be the matchwinner as he was outstanding throughout.

The England Under-21 international delivered a neat finish from just inside the box meaning Newcastle have not reached the last four of the League Cup for 45 years.

Brentford are unbeaten in 14 matches and you would fancy their chances whoever they meet in the last four.

They were the better team despite top scorer and former Newcastle man Ivan Toney not being introduced until after the goal.

Newcastle had a few chances but were not able to control the game.

Callum Wilson managed the first decent shot but home keeper Luke Daniels saved. Wilson then delivered an air shot as he failed to connect to a terrific cross from Ryan Fraser.

Yet it was Brentford playing the more enterprising football and they should have taken the lead. 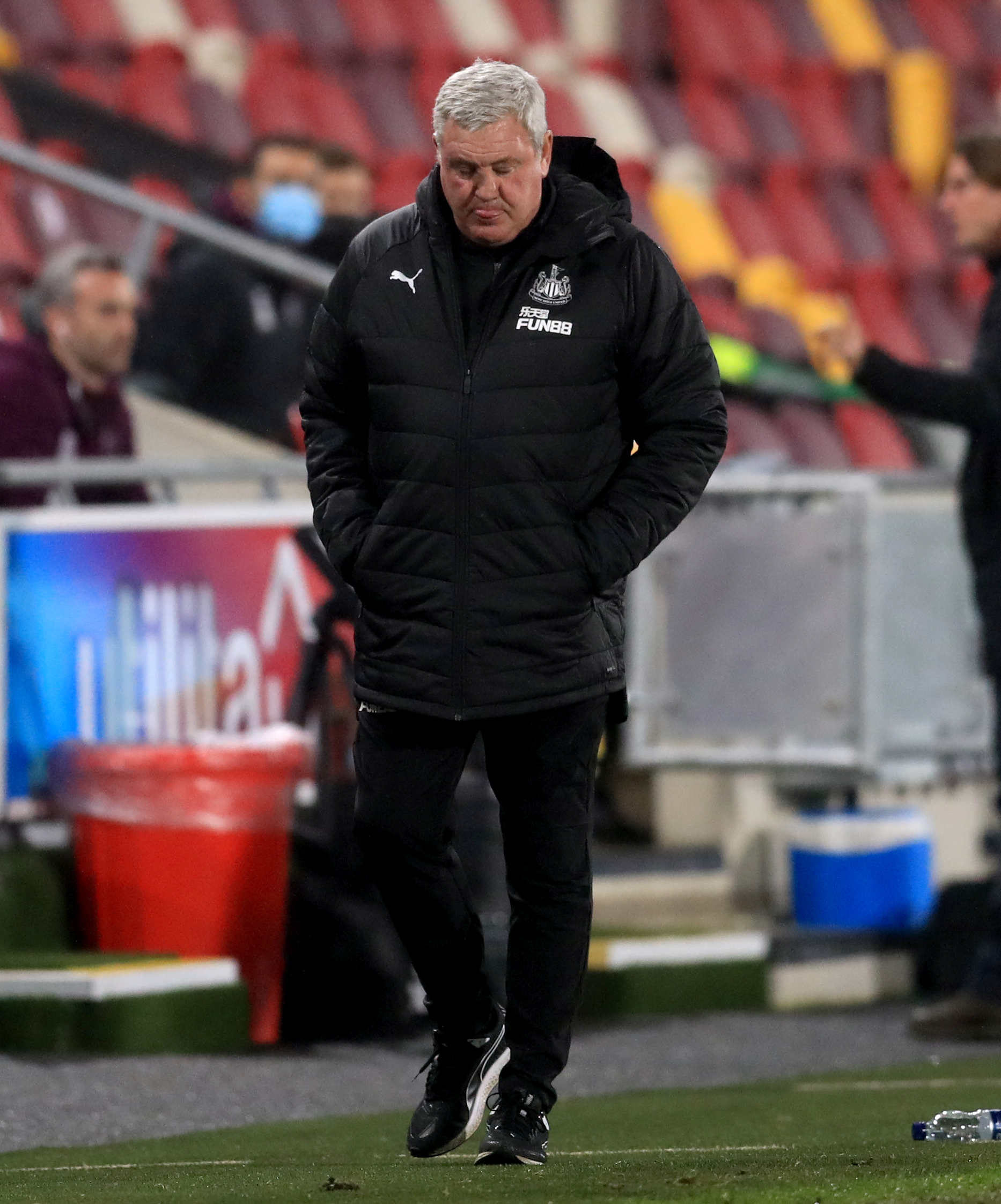 Steve Bruce cut a forlorn figure as his side crashed out of the quarter-finalsCredit: PA:Press Association 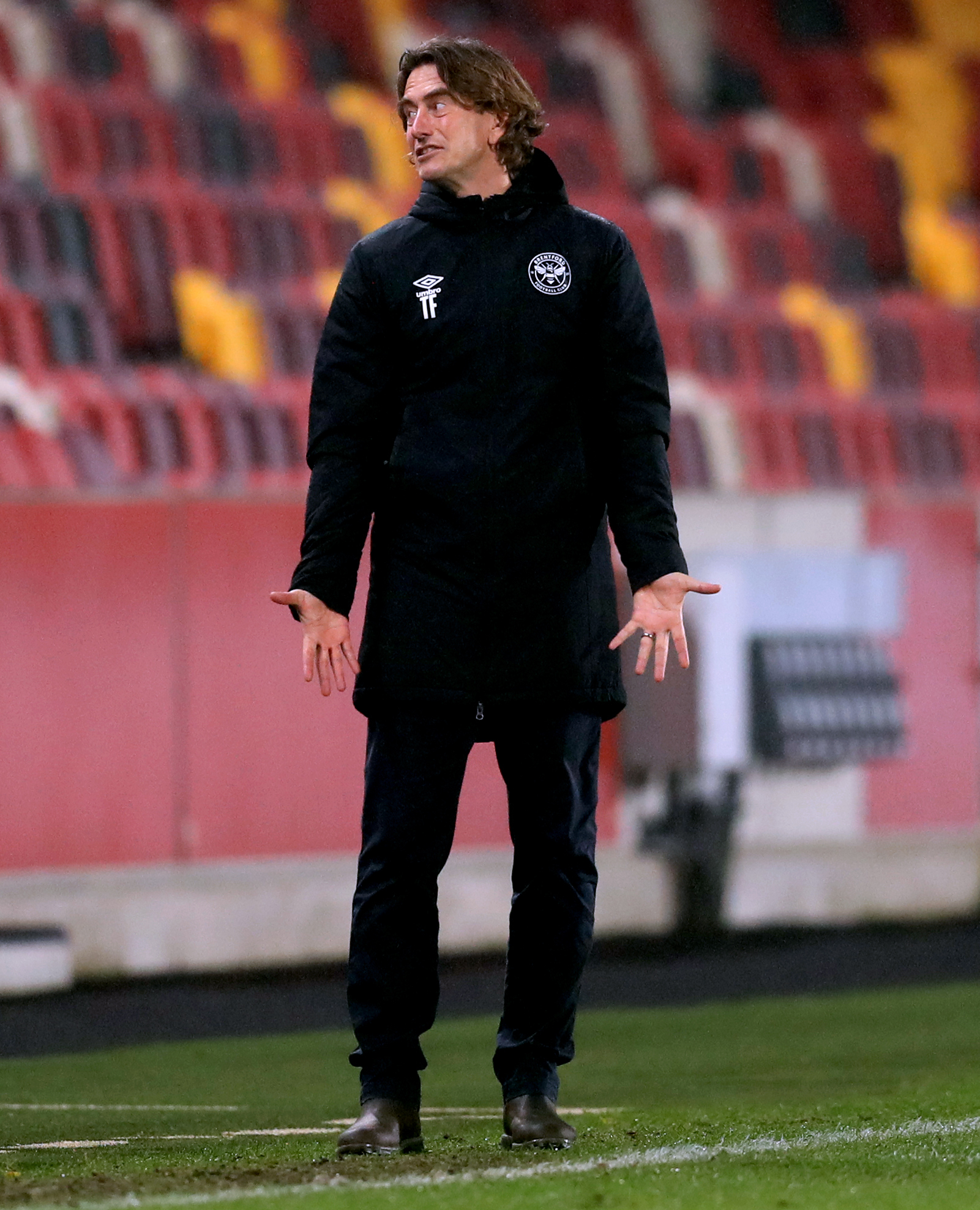 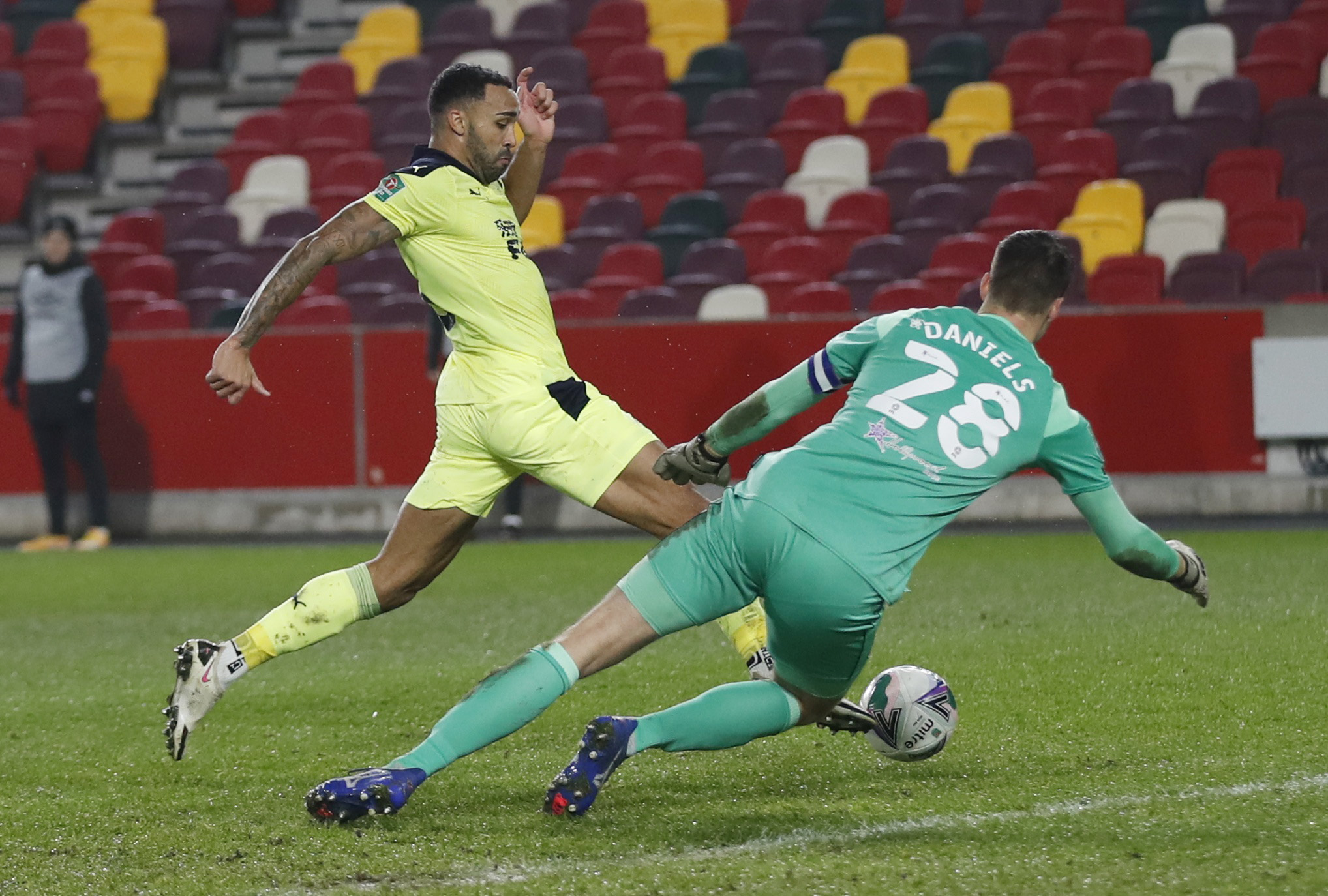 Callum Wilson looked dangerous for Newcastle in the first-halfCredit: Reuters

Although Saman Ghoddos’ scuffed shot hit the bar, unmarked Sergi Canos somehow failed to score with a free header and instead managed to nod the ball wide.

It was hardly a surprise that he held his head in his hands with embarrassment.

Newcastle shifted up a gear before half-time and Fraser forced Daniels to tip a half volley over the bar.

Brentford’s new stadium is certainly impressive but the pitch – which is now being used for rugby by London Irish – is already in a bit of a state.

Throw in some heavy rain, and both sets of players struggled to keep their feet and moving the ball at speed also proved difficult. 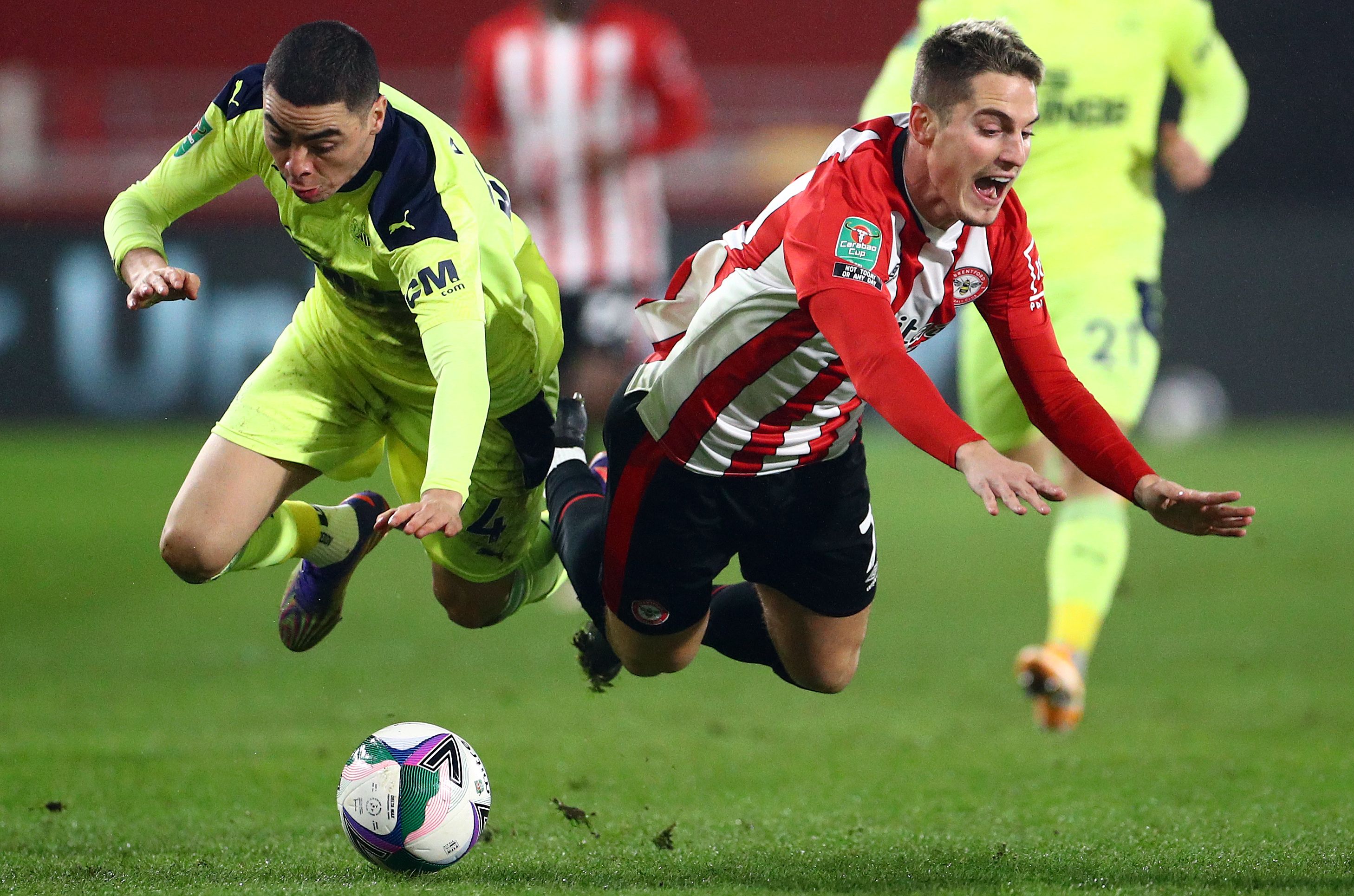 It was fairly even before the breakCredit: AFP

Dasilva looked comfortable on the ball throughout for the home sideCredit: Getty Images – Getty

As a result, the game was pretty scrappy and the second half was not much better.

There were strong Brentford claims for a penalty after the ball hit the arm of Isaac Hayden and Newcastle were thankful there was no VAR.

Ciaran Clarke delivered blocks from Canos and Christian Norgaard within about three seconds of each other to save Newcastle.

But there was no stopping Brentford and they took the lead through Dasilva for his fourth goal of the season.

He was completely unmarked to meet a clever cross from Canos but still did well to control the volley which he sent underneath Karl Darlow.

Former Newcastle man Ivan Toney then replaced Canos and while Bruce threw on Andy Carroll, he could not stop another Cup flop for the north-east club. 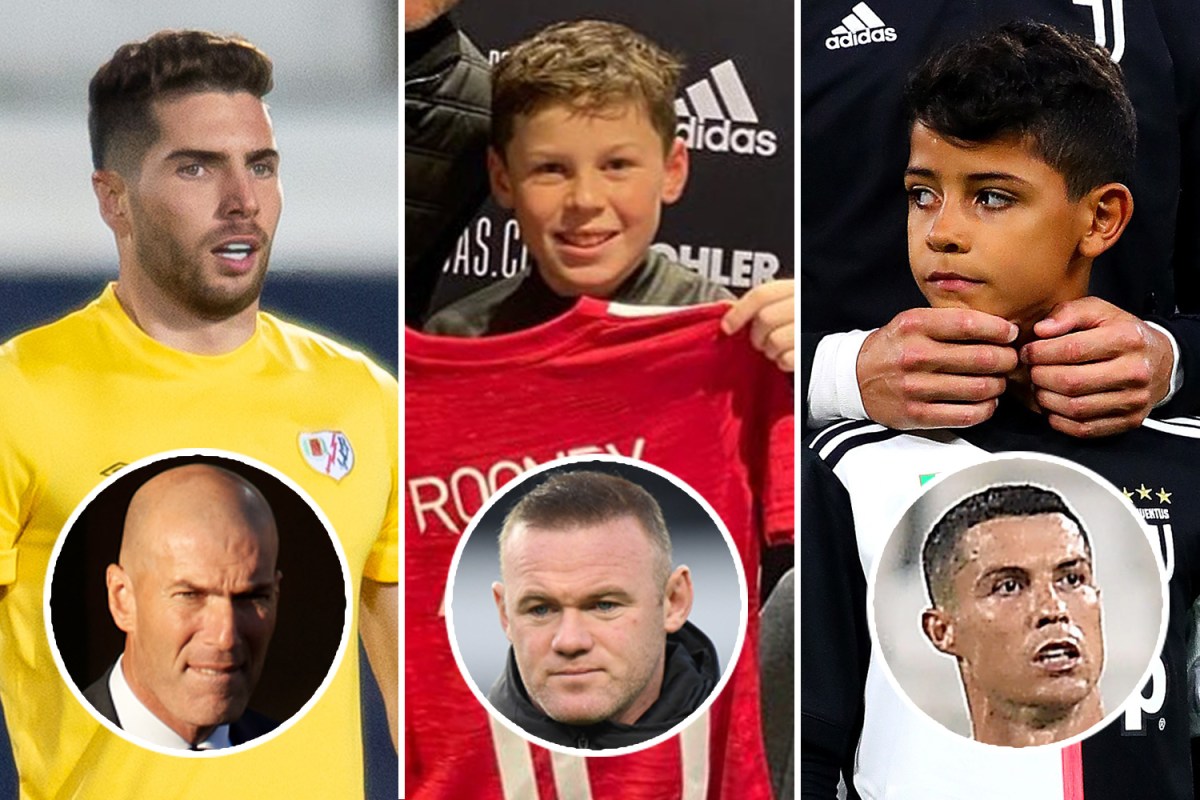 EMOTIONAL Robbie Savage had the honour of announcing his son's arrival on the pitch as Charlie Savage made his Manchester...