Junior Messias, 30, scores on CL debut for Milan four years after being a fridge delivery driver in Italian 4th division

JUNIOR MESSIAS has had a whirlwind four years – having gone from being a fridge delivery driver to scoring for AC Milan in the Champions League.

The Brazilian forward had a fairy-tale evening after heading home the winner to seal victory against Atletico Madrid in his Champions League debut last night. 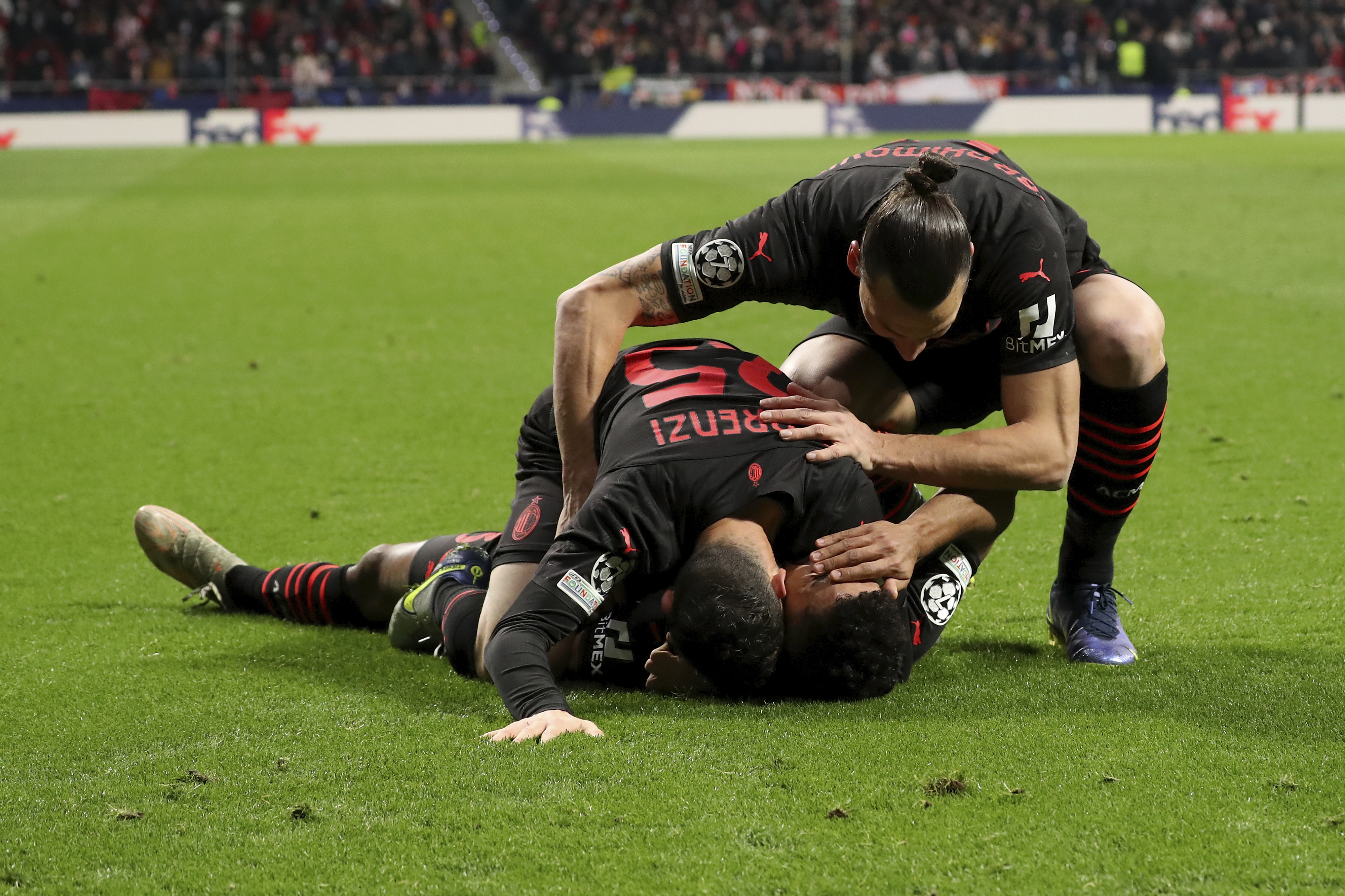 Messias looked in disbelief after his goal and was mobbed by his teammates as they celebratedCredit: Getty

The late winner kept Milan in with a shout of qualifying for the last 16 by putting them ahead of Atletico in third on goal difference, with both sides on four points.

Porto are a point ahead, with Liverpool – who Milan play in their final group game – already qualified as group winners.

Messias came on after the hour mark to join the likes of Zlatan Ibrahimovic, Luis Suarez and Antoine Griezmann on the pitch in a highly competitive European tie.

But Stefano Poli’s Milan eventually came out on top thanks to Messias’ 87th minute headed goal, having been much the better side on the night.

The biggest moment of his career came when he leapt to meet Franck Kessie‘s cross and he rose to the occasion by heading past Atletico’s Jan Oblak.

Oblak had just made a world-class save to keep out Ibrahimovic, but could do nothing to keep out Messias’ bullet header to earn Milan the three points.

RISE TO THE TOP

Messias moved to Italy at the age of 20 in 2011 with his wife and son, joining his brother in Turin and playing for an amateur team in his free time.

He started playing professional football at the age of 24 for Italian fifth tier side Casale and made a name for himself by scoring 21 goals in 32 games.

After excelling in the Eccelenza, the Italian equivalent of the National League, Messias earned himself a move to Chieri to play in Serie D.

And the now 30-year-old Brazilian once again proved himself at the next level, bagging 15 goals in 34 games in the Italian fourth tier.

He then left to join Gozzano and was promoted with them to Serie C, where he was still playing as recently as 2019, before joining Crotone in Serie B.

Before becoming a professional footballer, Messias reportedly earned a living by working on building sites polishing bricks, as well as delivering refrigerators.

But just a couple of years later, the Belo Horizonte native was instrumental in Crotone’s historic 2019-20 Serie B promotion to the Italian top flight.

And after only reaching the highest level of Italian football at the age of 28, he went on to make a big impression on Italian giants AC Milan.

Messias joined the Rossoneri this summer on a one year loan deal with an option to buy and made his debut as a substitute in a 3-2 win over Atalanta last month.

Junior Messias on his goal against Atletico

But last night’s winner is no doubt the crowning moment of what has so far been an incredible rise to the top for Messias, and he dedicated the goal to his family.

Messias told Amazon Prime Video Italia: “I am very happy with the performance and the victory, it means we are still alive, but there’s a lot of work still to be done.

“It was all instinct, I just followed the move and kept calm as the ball came my way. When you are calm, you can do great things.

“What happened is the most important moment of my career, but humility is still so important. I mustn’t get downbeat with criticism, nor elated by compliments.”

“I dedicate this goal to my family and all those who believed in me.”

His rise is comparable to that of Leicester striker Jamie Vardy, who went from playing for Fleetwood Town in the National League to the Prem in just two years.