LEEDS have beaten Liverpool to Lewis Bate as the £1.5million midfielder sent an emotional goodbye message to Chelsea.

The England youth star, 18, is Marcelo Bielsa‘s fifth summer recruit on a three-year deal, despite West Ham and Southampton also being keen.

Talks with Chelsea over a new contract broke down but Bate posted he would be “forever grateful” for his decade at Stamford Bridge.

The Londoner still had one year left on his Blues’ contract but was reportedly his first-team opportunities would be limited.

And Leeds finally pounced after agreeing the fee plus add-ons.

Chelsea had a sell-on clause inserted but they do not have a right to buy him back.

Bate posted two pictures of himself signing for Leeds and holding a shirt, adding: “Delighted to have joined this club. Can’t wait to get started.”

And he also tweeted a lengthy salute to his time at Stamford Bridge.

He said: “Ten years ago I walked through the doors at Cobham for the first time. 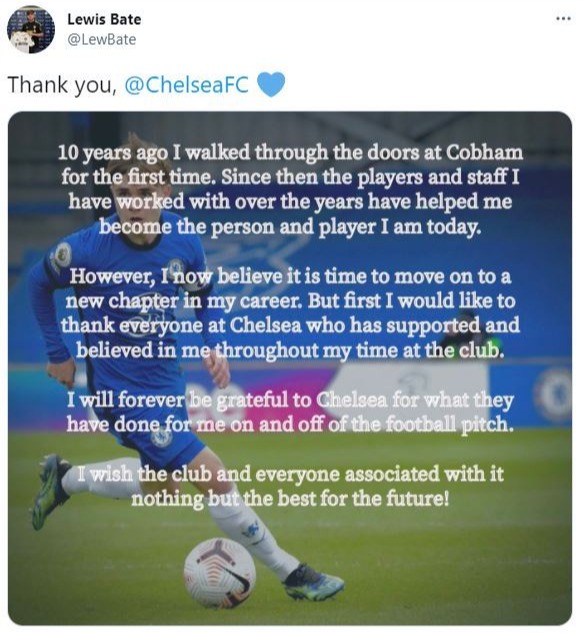 “Since then the players and staff I have worked with over the years have helped me become the person and player I am now.

“However, I now believe it’s time to move on to a new chapter in my career.

“But first I would like to thank everyone at Chelsea who has supported and believed in me throughout my time at the club.

“I will forever be grateful for Chelsea for what they have done for me on and off the football pitch.

“I wish the club and everyone associated with it nothing but the best for the future.”

Leeds announced Bate’s arrival on Thursday after he had a medical the previous day.

Raphinha Belloli shows off his moves in training with Leeds