LIONEL MESSI ushered in the New Year with a passionate kiss with stunning wife Antonela Roccuzzo which she showed off to her 13 million Instagram followers.

The 32-year-old used the racy photo of their romantic moment to wish fans the best for 2021. 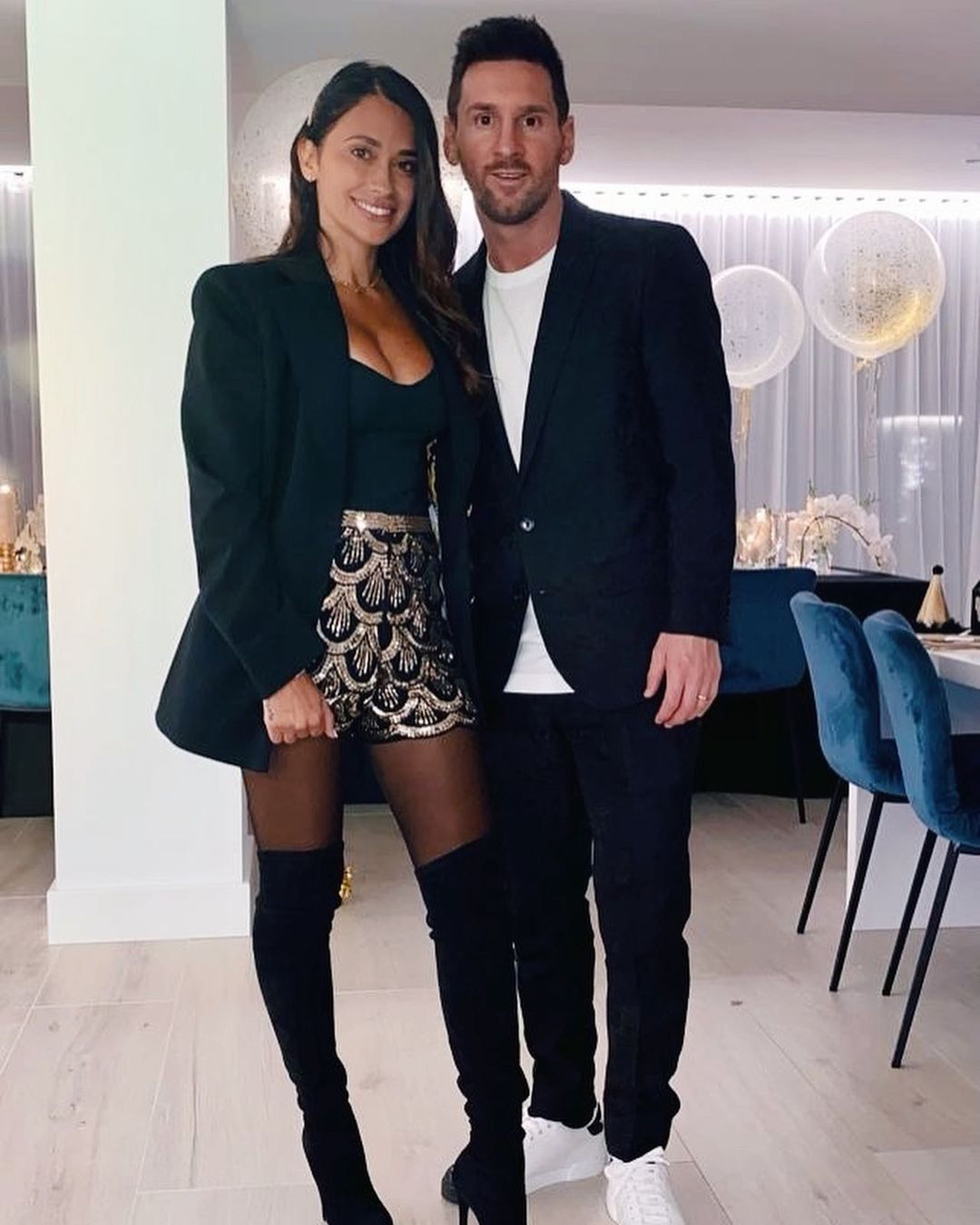 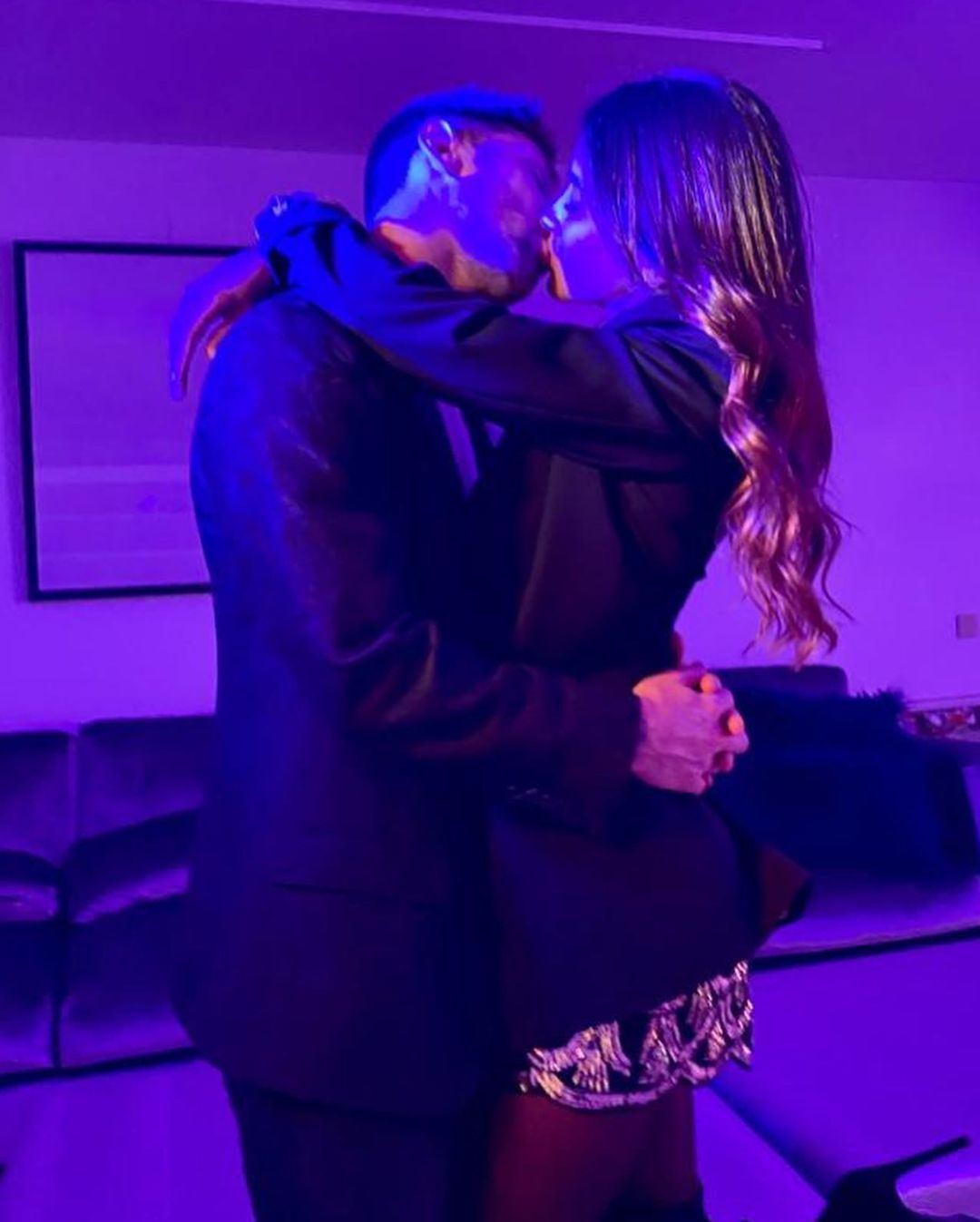 Lionel Messi and Antonela Roccuzzo kiss as they bring in the New YearCredit: https://www.instagram.com/antonelaroccuzzo/

She said in a message alongside the snap, showing her in over-the-knee heeled boots, sequin shorts and a low-cut top under a black jacket: “We wish you a Happy 2021 full of health and lots of love.”

She also posted a picture of her with her husband by their balloon-decked dinner table before their kiss and a cute family snap showing them sat on a sofa with sons Thiago, eight, Mateo, five, and Ciro, two.

Sofi Balbi, the wife of former Barcelona striker Luis Suarez, was also quick off the mark by replying: “Tan lindosssss” – ‘So beautiful’ in Spanish.

The footballer and his family saw in the New Year in their native Rosario, the city where the childhood sweethearts became man and wife in June 2017.

The photos emerged as Messi’s footballing future continued to be the subject of intense speculation with the arrival of the New Year meaning he is now free to negotiate a contract with any club outside of Spain.

The Argentinian, now back in Barcelona, said in a recent TV interview he would wait until the end of the year to decide his future.

PSG and Man City look prime contenders to sign him if he ends up leaving his boyhood club, although he has revealed he would like to play in the States.

Miami has been signalled as a possible destination, with Spanish radio station Cadena Ser saying he would like to move there in 2023 so his children can go to school in the city before entering university.

He has reportedly bought a £7.25million luxury apartment in a condominium at Sunny Isles Beach a half-hour drive from Miami in preparation for the move. 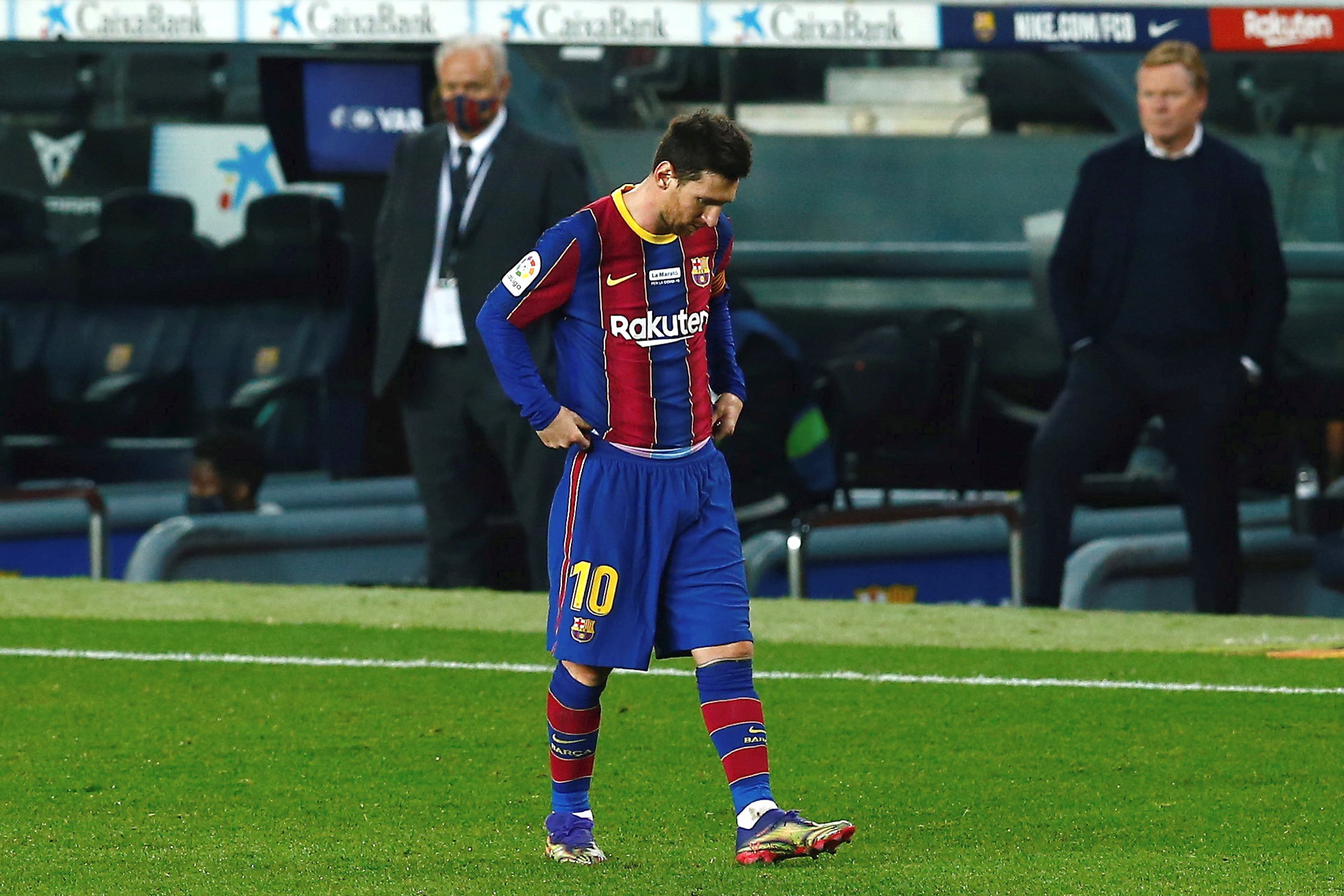 Lionel Messi’s Barcelona future is up in the air and the star can sign for a new club this yearCredit: EPA