AFTER Lionel Messi captained Argentina to Copa America glory, the first person he called to show off his gold winners medal was his family.

The 34-year-old video called his wife and children after Argentina’s 1-0 win over rivals Brazil in the Copa America final at the Maracana.

Messi shared his video call via WhatsApp to his social media accounts as part of a paid promotionCredit: GETTY IMAGES 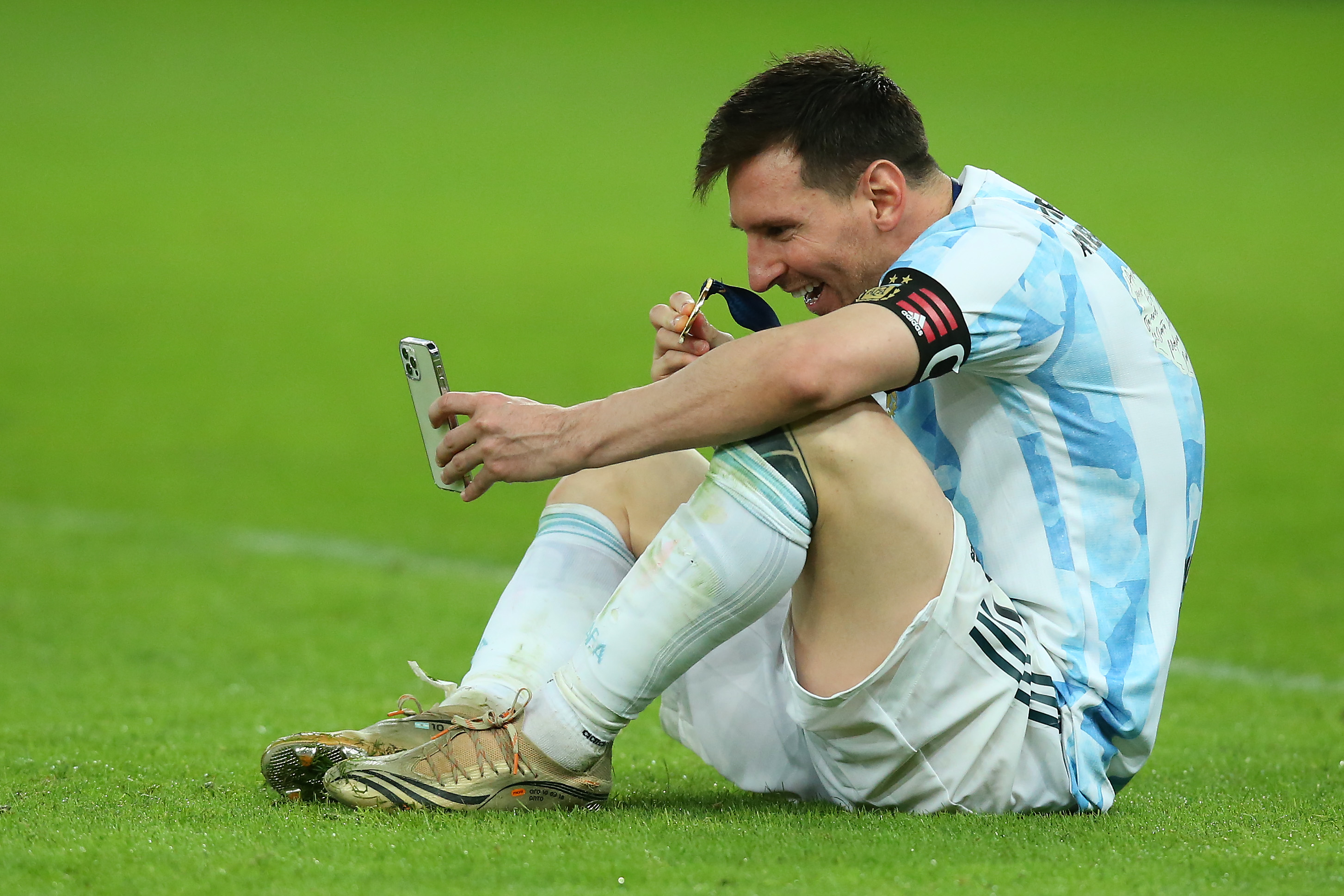 Messi shows off his gold winners medal to his familyCredit: GETTY IMAGES

And as part of a paid promotion with WhatsApp, Messi shared the heartwarming exchange with his family on his social media platforms.

“This was just after the final when I was celebrating the Copa America win with my family in a WhatsApp video call.”

The post has received an eye watering 16.8million views. The perfect promotion.

Football fans have picked up on Messi’s recent activity on social media platforms.

And believe the star has stepped up his social media game.

One fan on Twitter said: “From showing off Antonella a little too closely yesterday to doing a sponsored post promoting WhatsApp today, Messi’s Instagram game seems to be picking up.”

Whilst another suggested the star is trying to make up money elsewhere as he’s reportedly set to take 50 per cent wage cut to stay at Barcelona.

One Twitter user said: “Doing paid promos to make up for the wage cut. True club legend in my books.”

Messi arrived back in Barcelona on Wednesday after enjoying some time away with his family.

And he is not set to return to training until August 2.

He will remain a free agent for the time being, but there is increased hope that Barca and Messi’s party can strike a deal despite the club being in a difficult spot financially.