The trio of forwards – dubbed MSN – enjoyed massive success while they led the line together at the Nou Camp from 2014 to 2017. 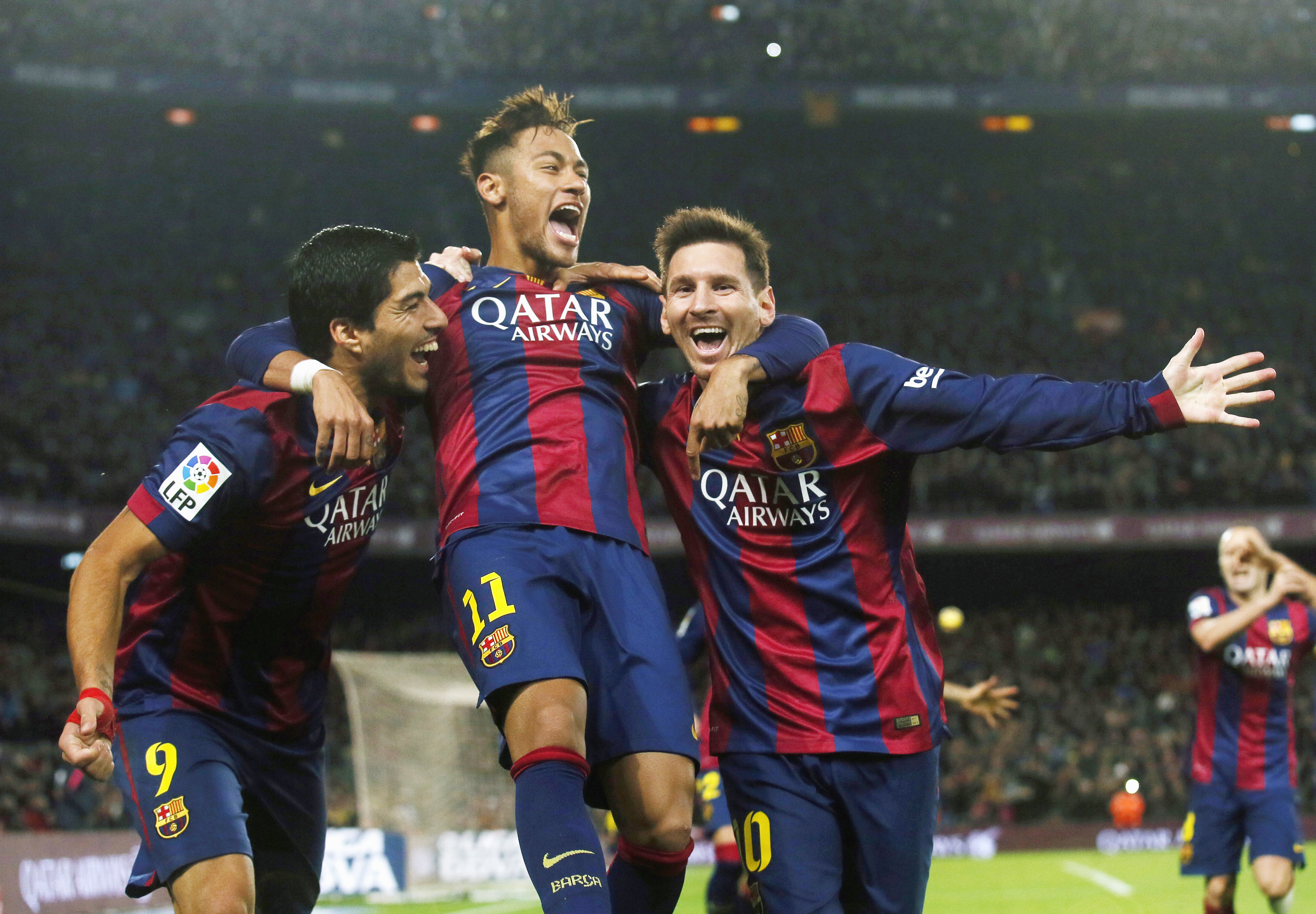 Neymar left to join PSG in 2017 while Suarez moved to Atletico Madrid this summer after being axed by Barca.

But Messi admitted the three are still in contact and communicate in a chat.

He told Spanish TV station La Sexta: “Neymar should be asked why he said we were going to play together.

“We have a WhatsApp group with him and Luis Suarez.”

Messi’s comments come after Neymar said he was desperate to play with the Argentine legend again.

Both the superstars have uncertain futures, with Neymar linked to a move back to Barca and Messi having tried to leave in the summer.

But the Nou Camp icon insisted they have not discussed transfers together – only their Champions League last 16 clash in February.

Messi, 33, said: “The last message with Neymar was about the Champions League draw. I did not want to face him now.”

Neymar, 28, joined PSG in a record £198million deal, but Barca have already tried to prize him back to LaLiga.

However, with the club in £443m debut, even Messi is doubting how they could land the Brazilian.

He said: “It is not easy either because there is no money and you have to sign players to achieve great titles.

“It will be a very difficult situation for the new president.”

Another transfer Messi is scratching his head over is Suarez, after Barca let his best friend leave for nothing just to get him out of the club.

He said: “What they did seemed crazy to me, because of how he left.

“He left for free, paying him his contract and a team that fights for the same thing as us.”