ENGLAND heroes Luke Shaw and Jack Grealish have been relaxing in Mykonos as they enjoy a well-earned holiday after Euro 2020.

The Three Lions pair were pictured sipping drinks and chilling by the pool at the exclusive SantAnna beach club on Wednesday.

England heroes Luke Shaw and Jack Grealish have been enjoying a short break together in MykonosCredit: BackGrid 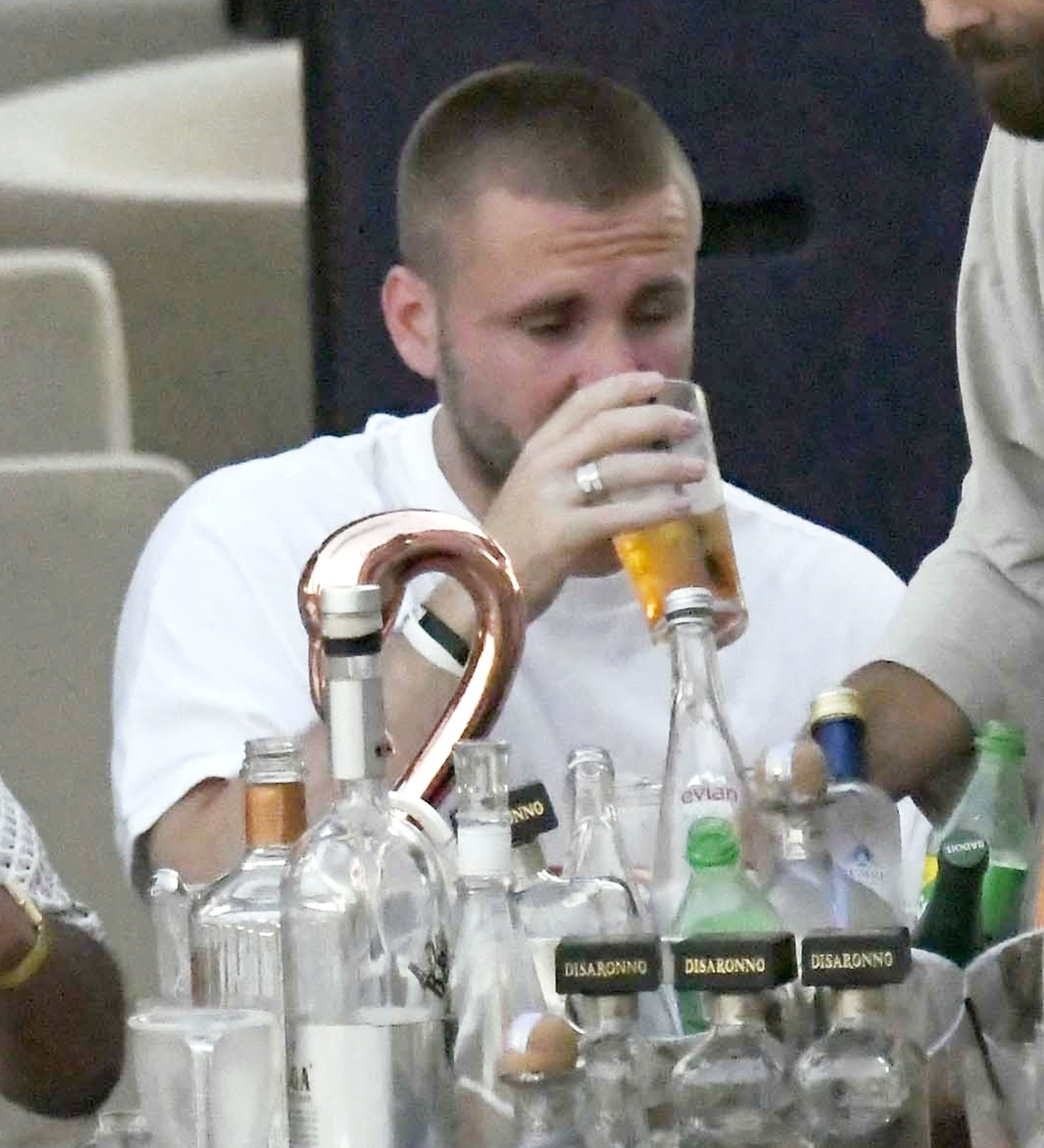 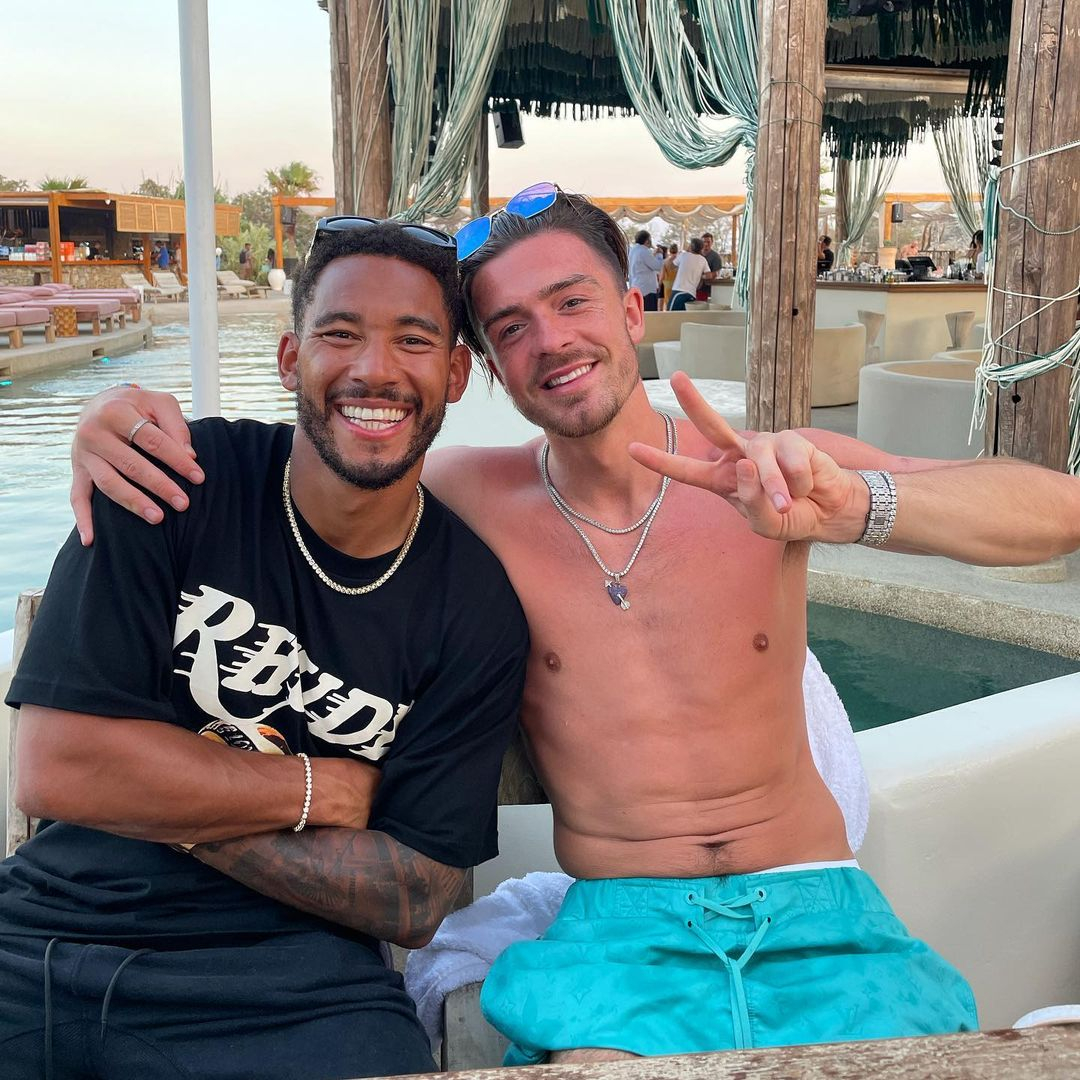 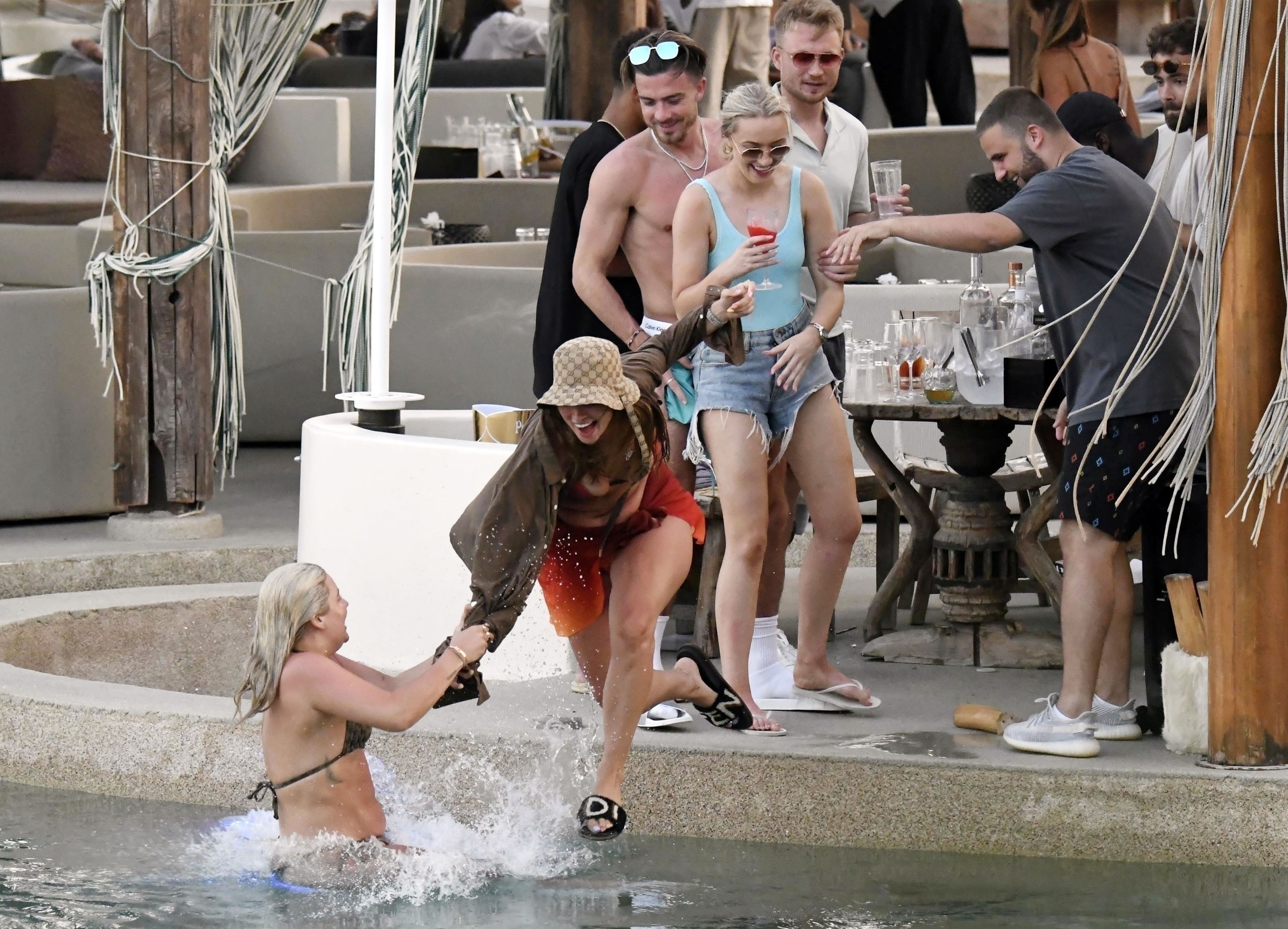 The group were having a laugh as some members of their party messed around in the poolCredit: BackGrid

The mood appeared lighthearted as two female revellers were seen messing around in the pool.

At one stage a laughing woman in a bucket hat – who Grealish had been chatting to earlier in the day – was tugged into the water.

The group were seen gasping at the stunt before chuckling as she emerged from the pool.

Aston Villa ace Grealish was dressed in blue swim shorts and had his sunglasses perched on top of his trademark hair for most of the day.

Meanwhile Shaw was covered up in a casual white t-shirt.

Walker’s performances were near-perfect during Euro 2020 and he was seen letting off some steam by belting out Sweet Caroline as the group had lunch together.

Rice and Mount were seen leaping off a yacht with the West Ham man nearly bottling it after looking petrified.

And White and Phillips were seen chilling on another luxury liner surrounded by glamorous looking pals. 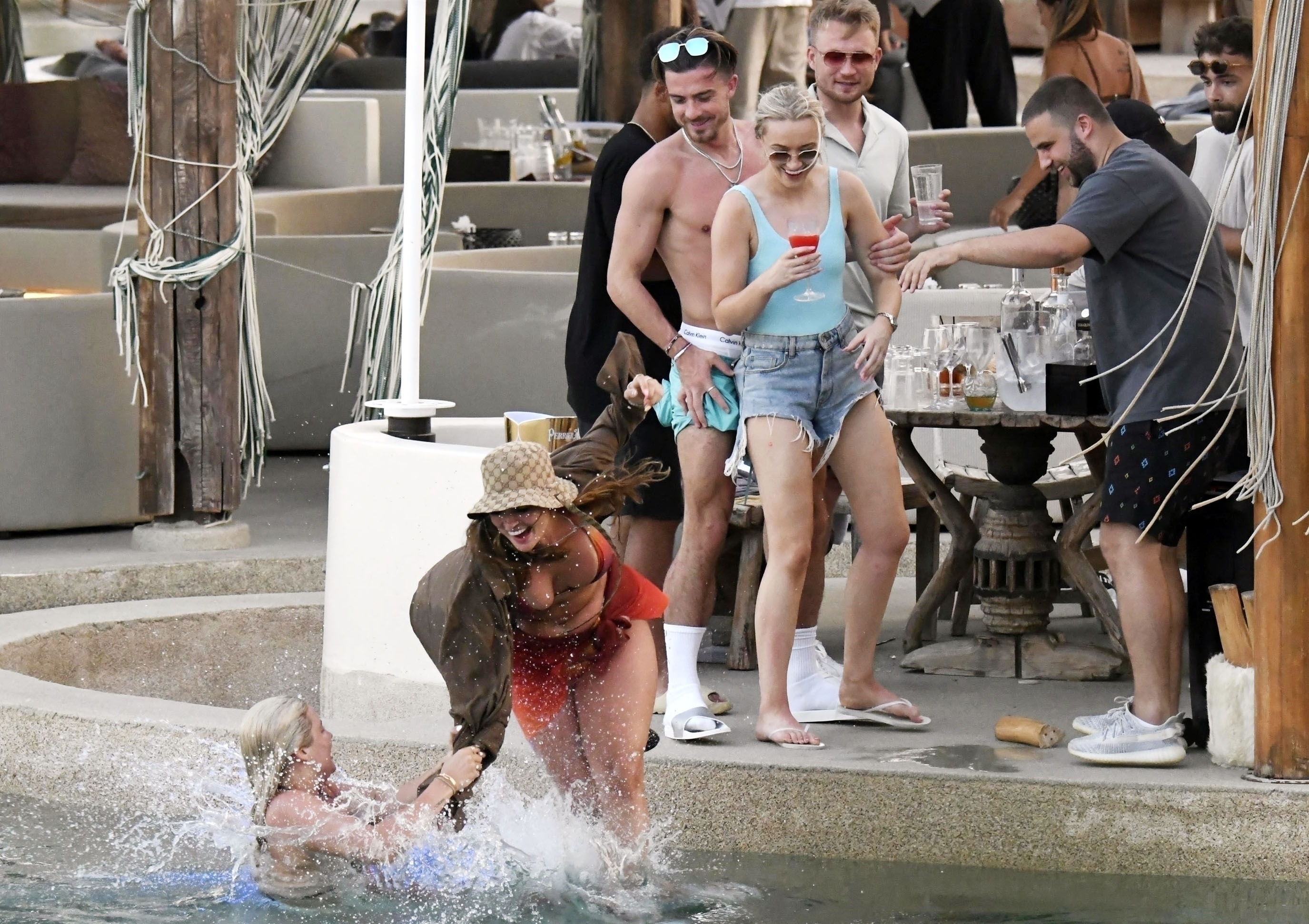 The Three Lions stars spent the day at the SantAnna beach clubCredit: BackGrid 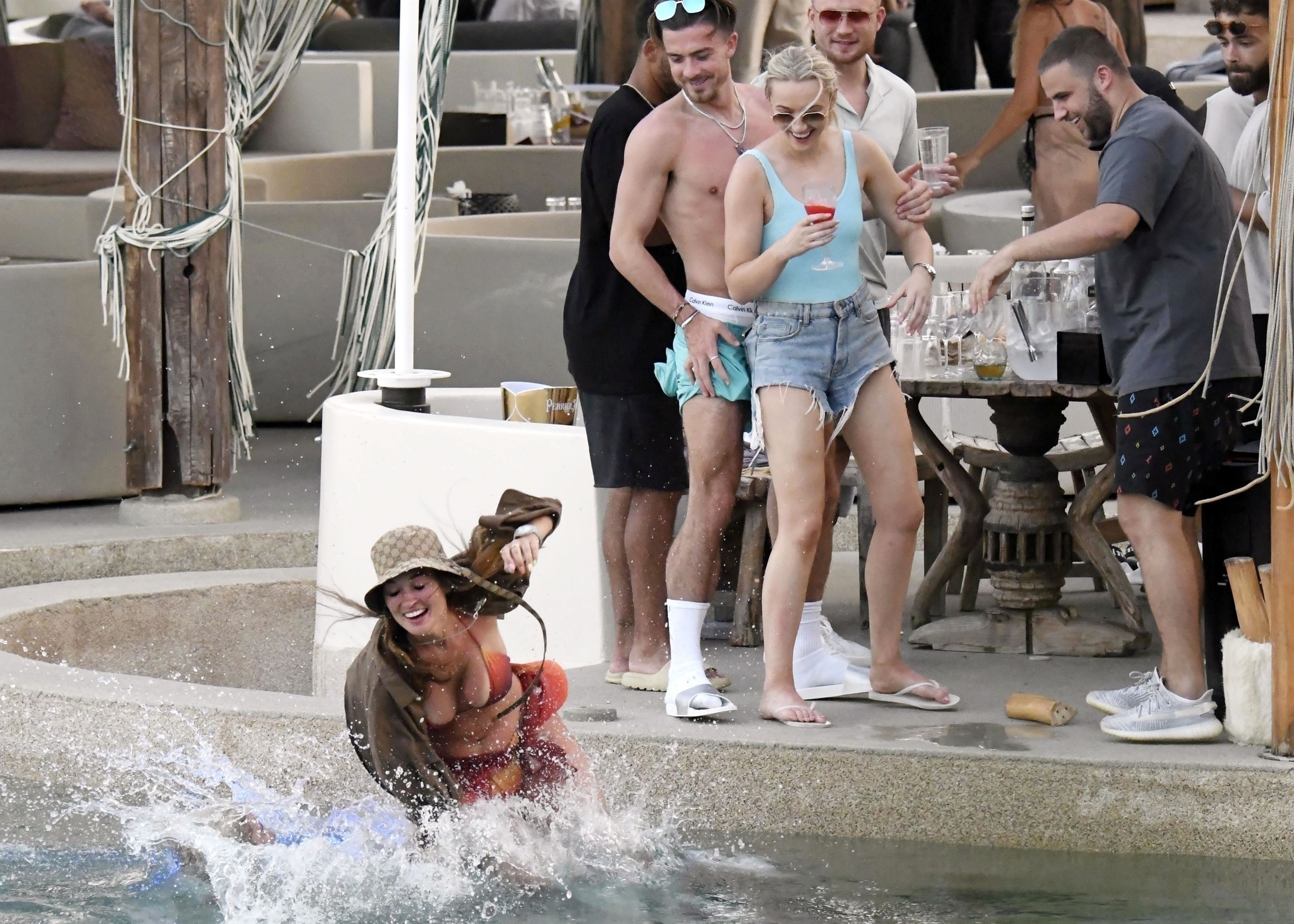 Grealish was dressed in blue swim shorts and white socks and slidersCredit: BackGrid 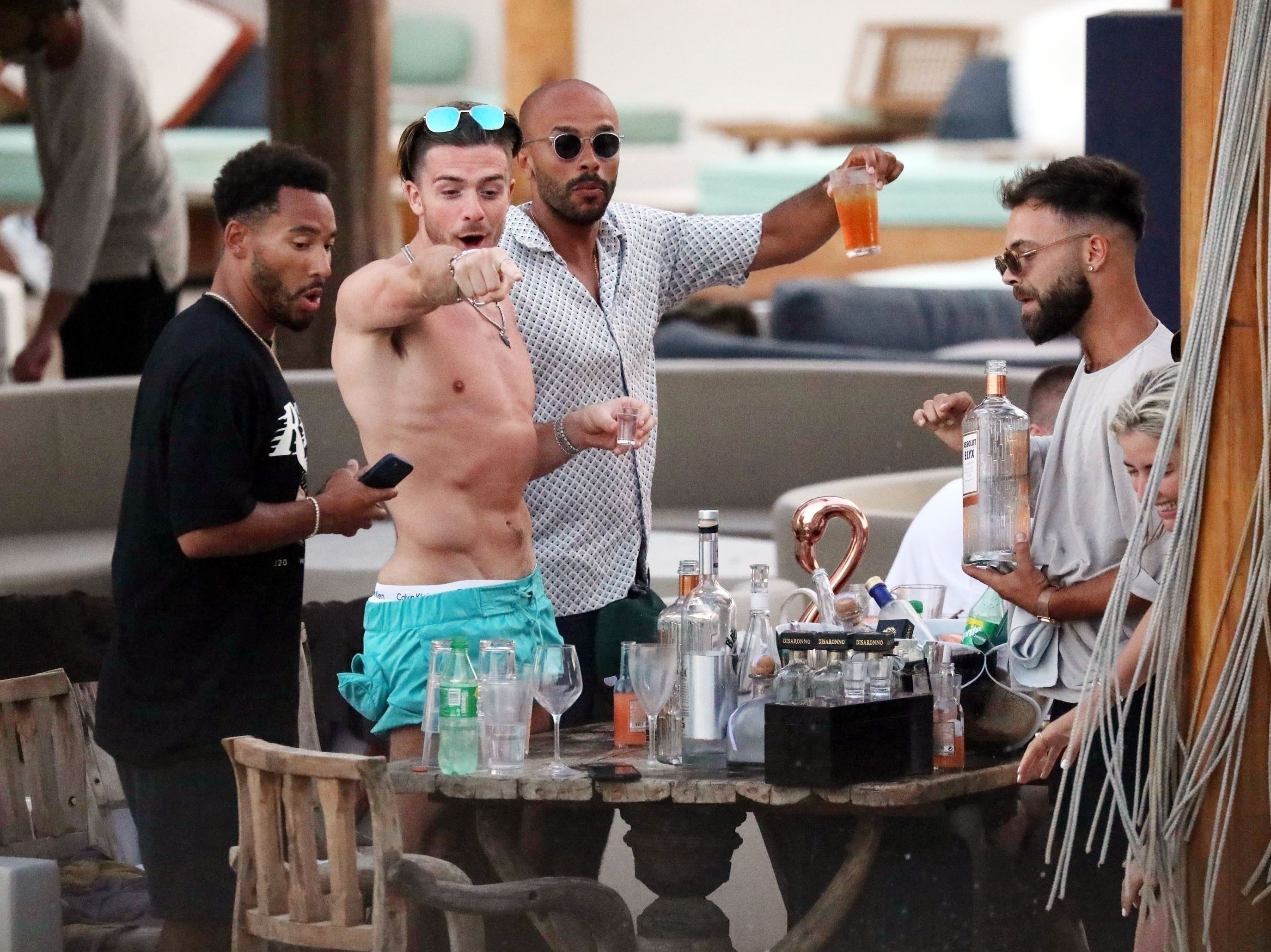 The group enjoyed a few drinks alongside fellow revellersCredit: BackGrid 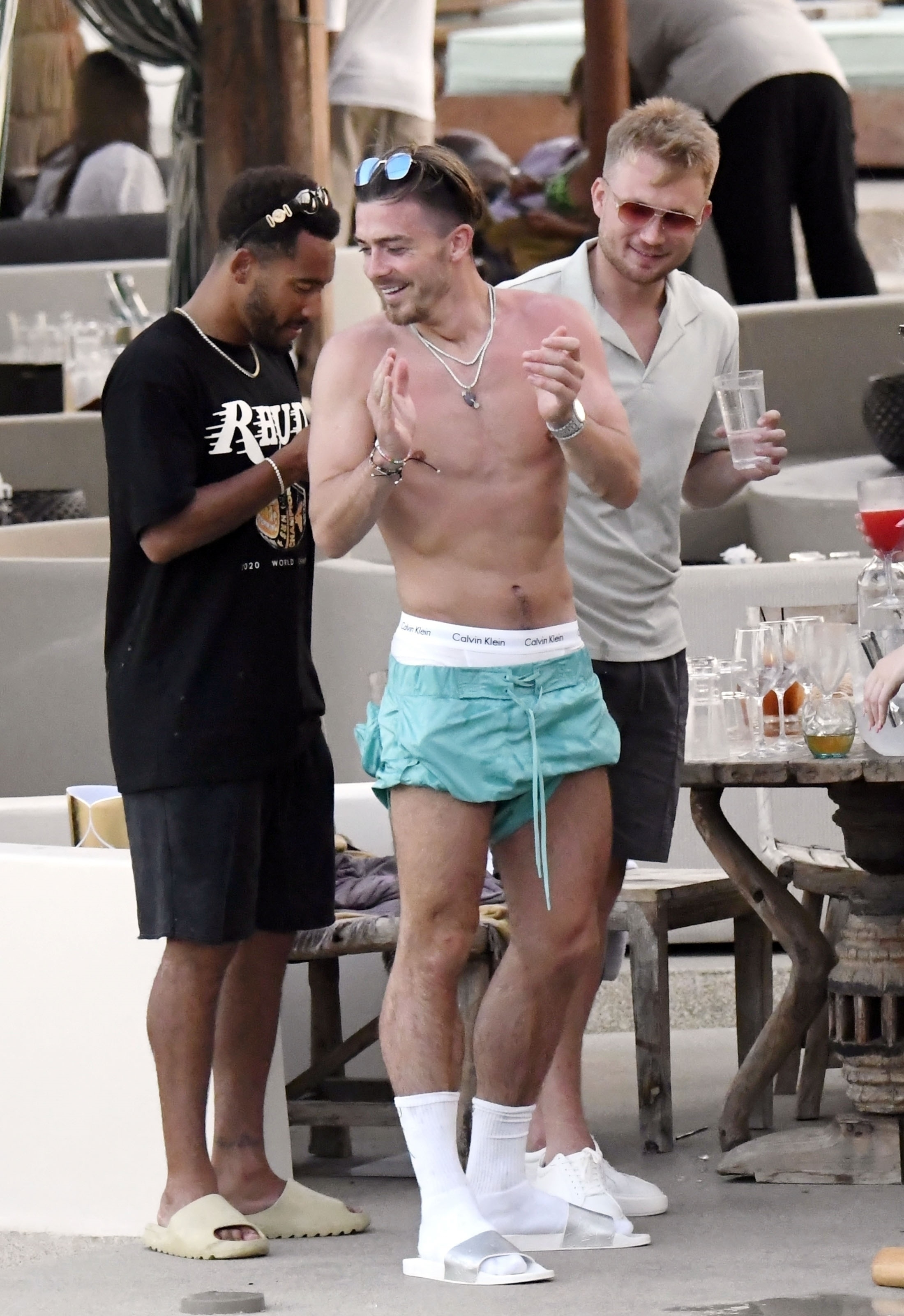 Grealish looked like he was having a great time after shining for England at Euro 2020Credit: BackGrid 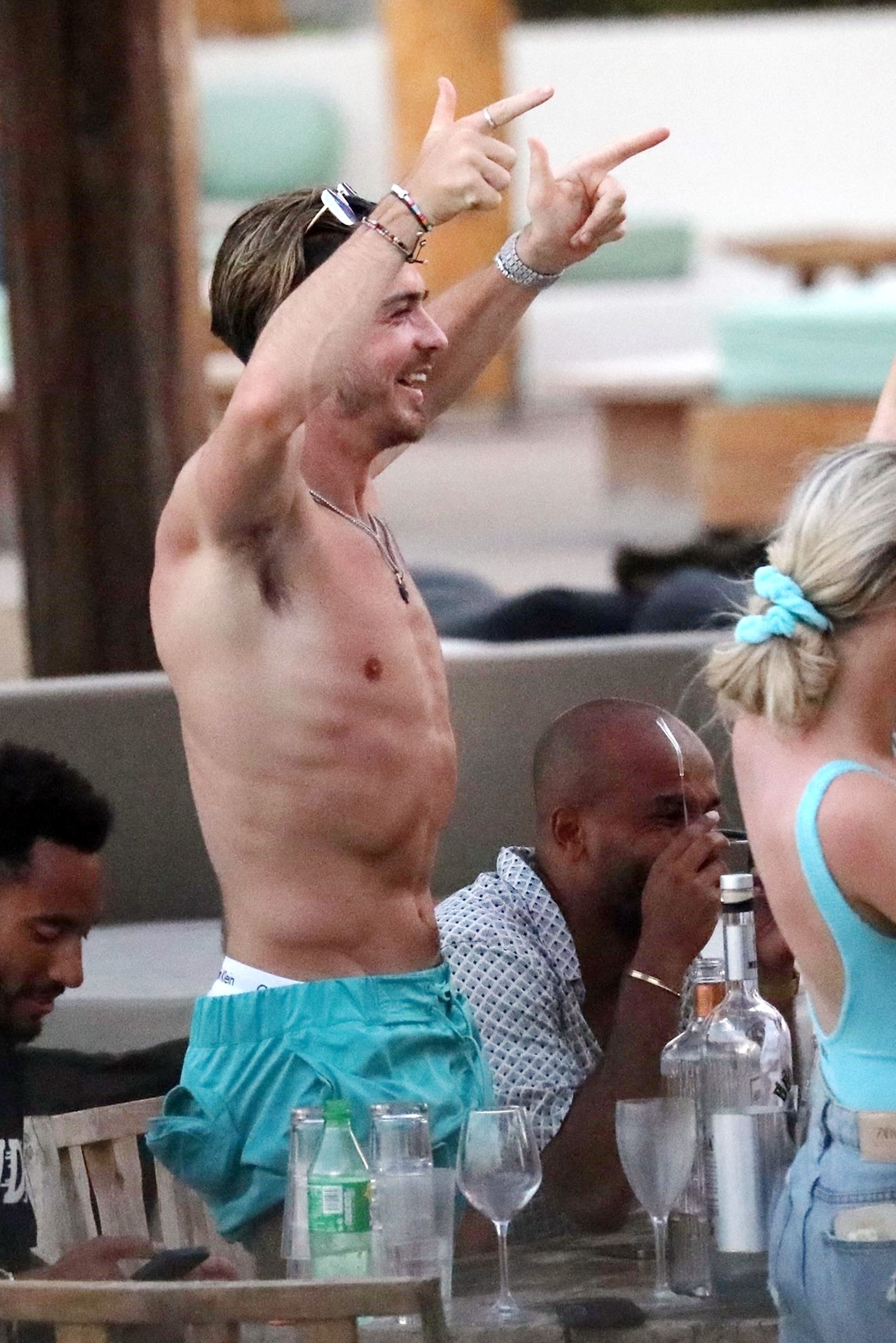 The Aston Villa man is taking a break ahead of the new Premier League seasonCredit: BackGrid

The Three Lions enjoyed a well-earned Euros after-party following their penalties defeat against Italy in the final, reuniting with their loved ones after weeks apart. 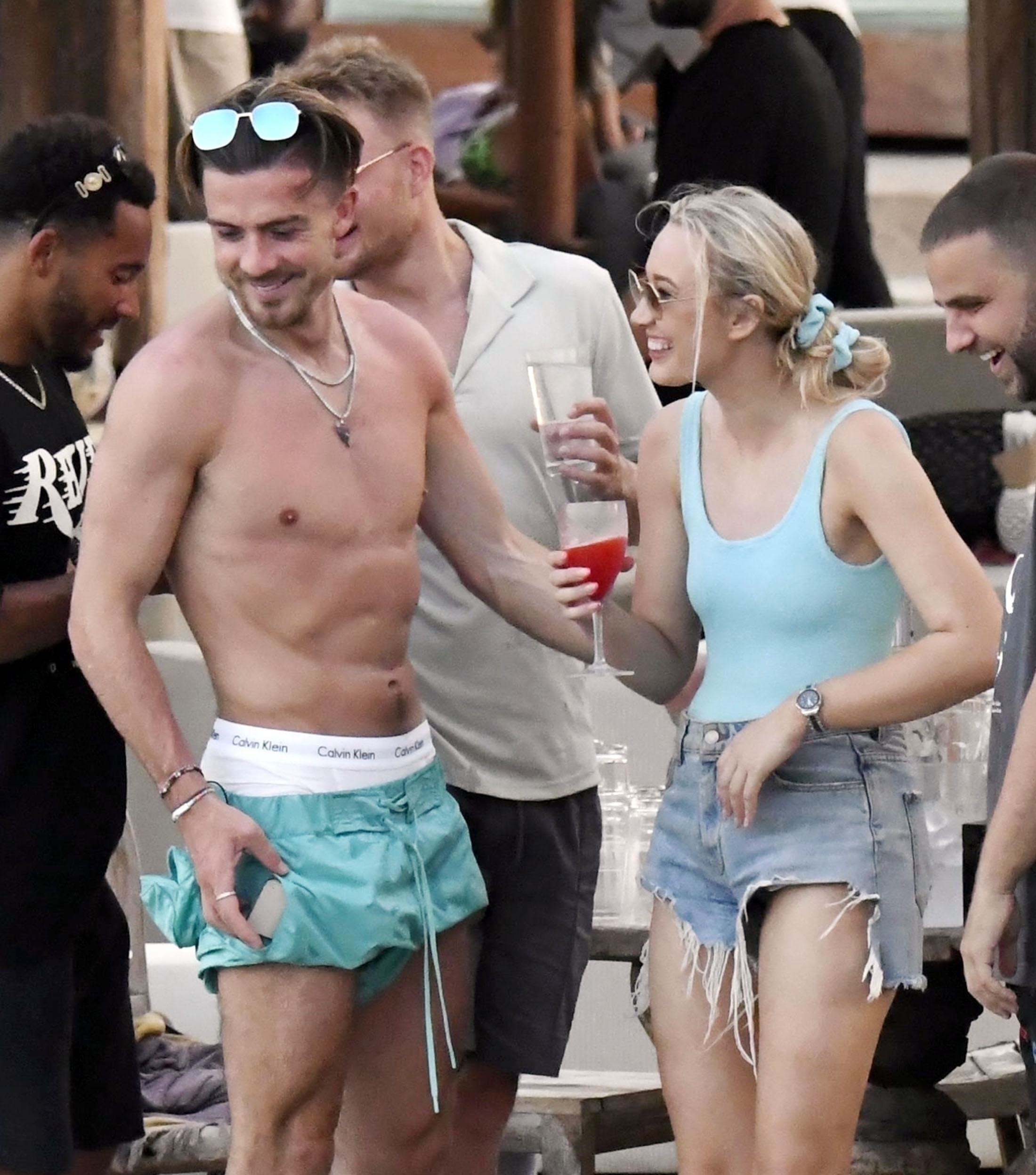 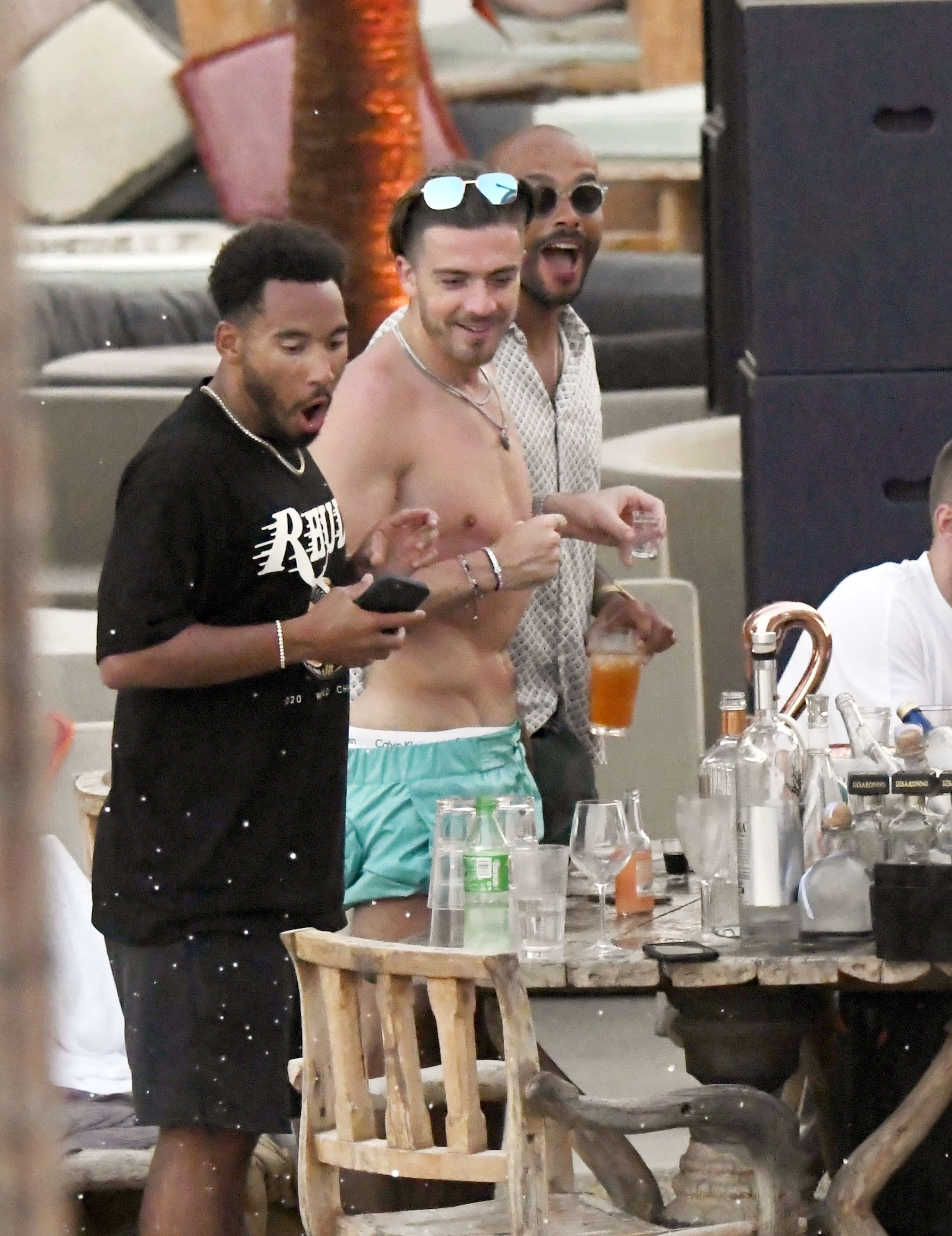 Several England stars have been on holiday on the Greek islandCredit: BackGrid 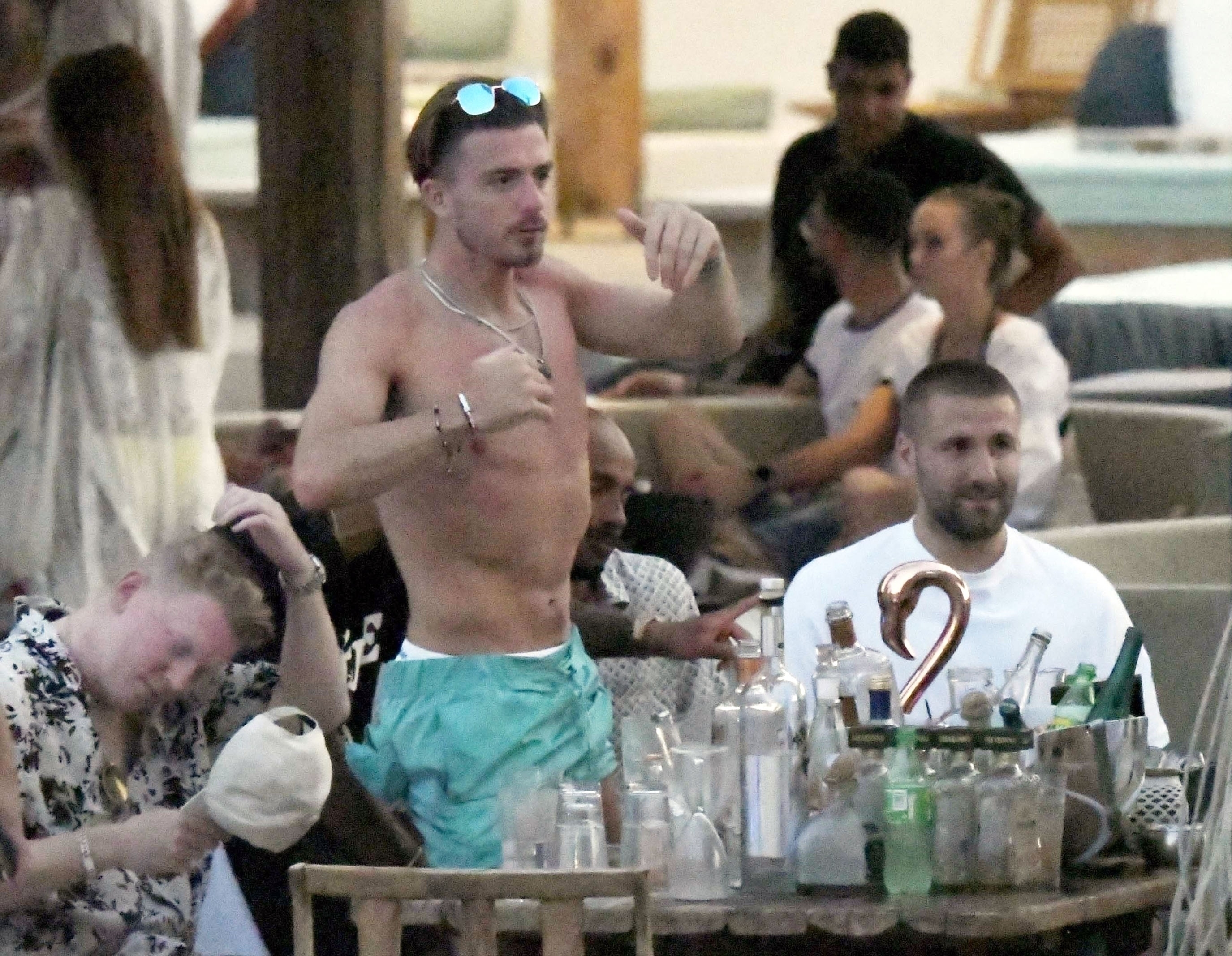 Grealish had his sunglasses perched on top of his trademark hairCredit: BackGrid 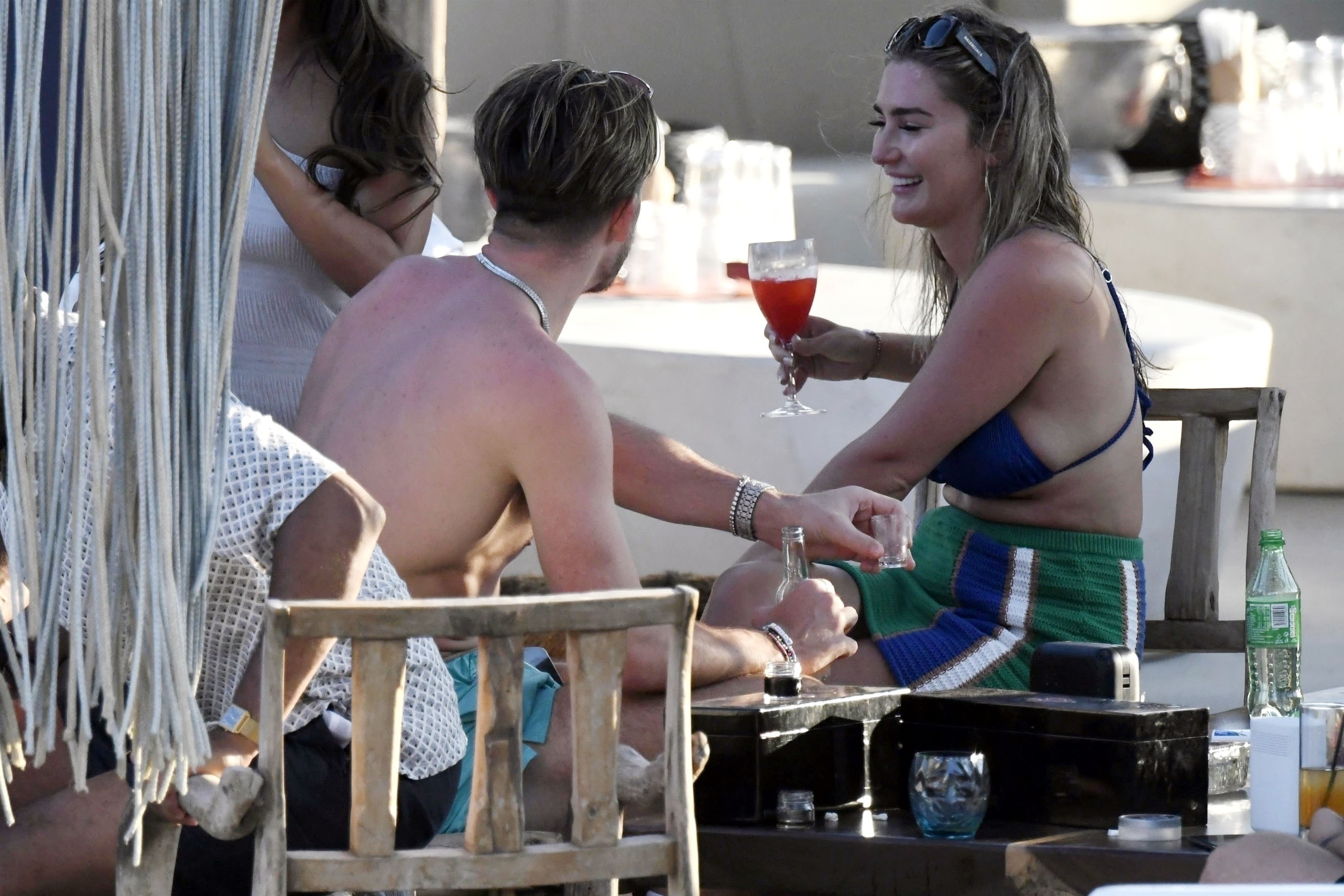 The midfielder was seen chatting to several different party-goersCredit: BackGrid