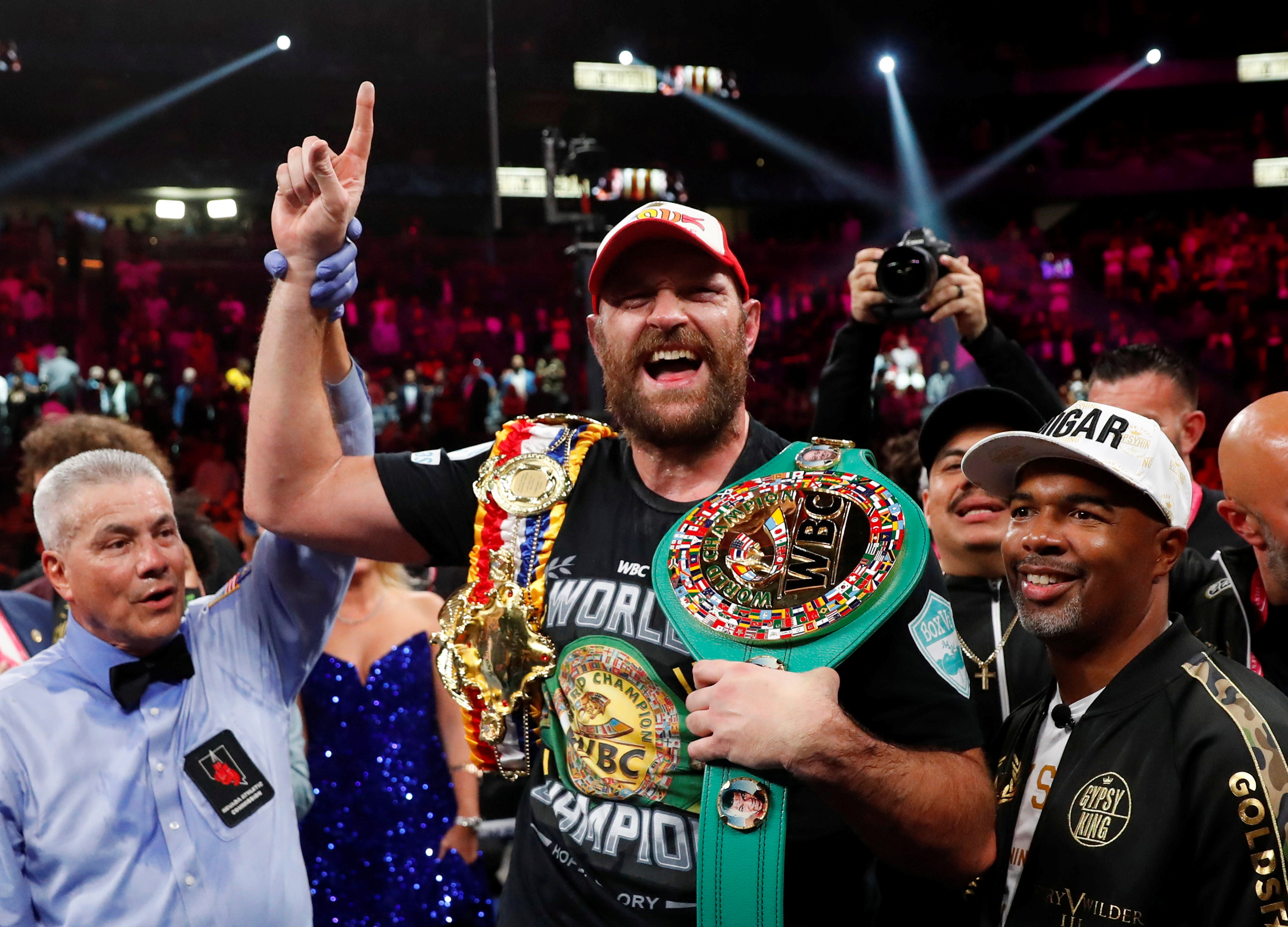 Fury retained his WBC heavyweight champ belt by knocking Wilder out in the 11th round on October 9 – just two weeks after Joshua lost all his to Usyk on points.

But the Brit heaped praise on Fury and his corner and told iFL TV: “Fury done really well for a man in his first title defence as a champion.

“It shows just how tough it is being champion at the moment.

“But he did very well to come through the storm, but SugarHill deserves a round of applause in the corner.

“That helped him a lot having that trust and wisdom in his corner, a great corner set-up.

“Well done to him WBC champion of the world and two-time champion it is lovely for his wife and family particularly his old man [John Fury] who deserves it and is his biggest f****** supporter.

“And Sugar Hill Steward and Andy Lee have done a superb job with Tyson.”

Joshua has triggered his Usyk rematch clause and Eddie Hearn is targeting a March or April battle.

He will hope to face Fury in a mega-money fight soon after but it remains unclear whether Wilder will ever fight again.

However, AJ reckons the American could still achive big things if he uses his second defeat to Fury as ‘fuel’.

Joshua added: “I would have iced half the mother f****** he has in his fights.

“And then you come up against one or two good fighters and it shows how difficult it is at the top level.

“And he is trying to learn now because he has realised ’s*** Fury is a decent fighter’ and if he uses his ability to learn as fuel he could go far in the next three or four years.

“Whereas I have learned from my experiences such as taking punches, trying not to get hit.

“But it just shows to up and coming fighters it is good to be protected but don’t do any cherry picking with your opponents, go out and test your mettle.

“I would take these fights with the fighters like Wilder in a heartbeat, and I want people to know that I would fight anyone in their prime or anytime.