A MAN has been arrested on suspicion of a hate crime after West Ham condemned fans who chanted vile anti-Semitic songs to a Jewish man on a flight to Belgium.

The shocking clip, which went viral on social media, shows supporters shouting racial abuse at a fellow passenger as he walks down the aisle of the plane. 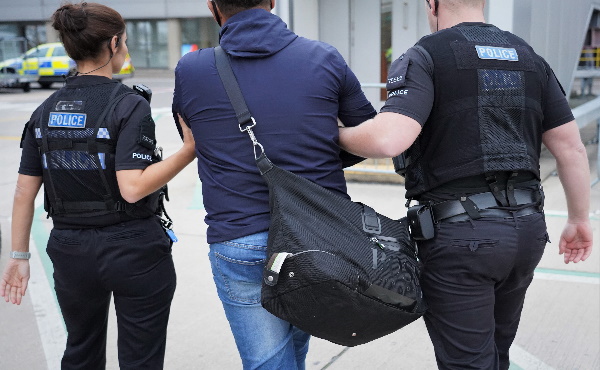 Police arrested a 55-year-old man as he stepped off a flight from BelgiumCredit: Essex Police

Cops arrested a 55-year-old man on suspicion of a hate crime as he stepped off a flight from Belgium.

He has been taken to a police station in Essex, where he will be questioned.

Essex Police Chief Superintendent Tom Simons, who is leading the investigation, said: “Essex Police will not tolerate racism or discrimination of any kind.

“Having been made aware of the incident this morning, officers worked quickly to secure an arrest at the earliest possible opportunity.”

Cops immediately launched an investigation after being made aware of a video on social media of a man being subjected to harassment while taking his seat on board a plane before it departed from Stansted Airport on Thursday.

Meanwhile, West Ham has vowed to dish out lifetime bans to anyone identified in the video.

A spokesperson for the club said: “West Ham United is appalled by contents of the video circulating on social media and condemn the behaviour of the individuals involved.

“The club is liaising with the airline and relevant authorities to identify the individuals.

“We continue to be unequivocal in our stance – zero-tolerance approach to any form of discrimination. Any individuals identified will be issued with indefinite ban.

“Equality, diversity and inclusion are at heart of the club. We do not welcome any individuals who do not share those values.”

The video sparked fury, with calls for the fans to be arrested and for the Prem club to punish them.

“The poor guy. It’s racist abuse. Why weren’t they kicked off the flight?”

And Board of Deputies of British Jews President Marie van der Zyl said: “This is a particularly horrible example of a Jewish man being subjected to abuse and humiliation.

“Thankfully, the culprits have been captured on social media.

“West Ham have set exactly the right example – hate will only be tackled in our society when we all take responsibility, as West Ham have done in promising to impose lifetime bans.

“We also call on the police to investigate this clear instance of inciting racial hatred.”

A West Ham fan later lost a finger while celebrating a Saed Benrahma goal, with a gruesome clip circulating online.

The enquiry into the video is ongoing.

Anyone who has information or who may have phone footage of the incident is asked to call police on 101. 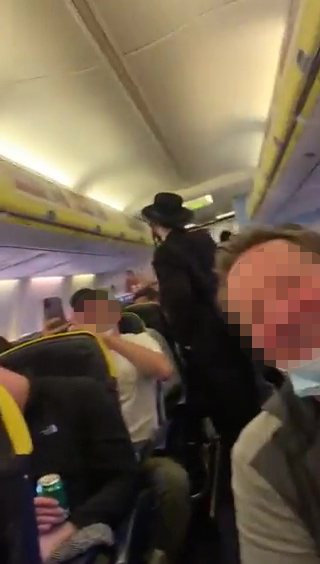 West Ham have vowed to give lifetime bans to anyone identified in the clipCredit: Twitter 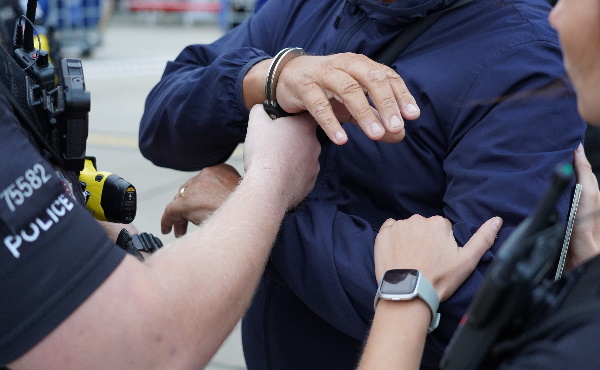 The man has been taken to a police station in Essex for questioningCredit: Essex Police