MANCHESTER CITY goalkeeper Zack Steffen picked up a back-pass in an early blunder against Chelsea.

But it mattered not as Chelsea barely had another sniff as the visitors cruised to a dominant win at Stamford Bridge. 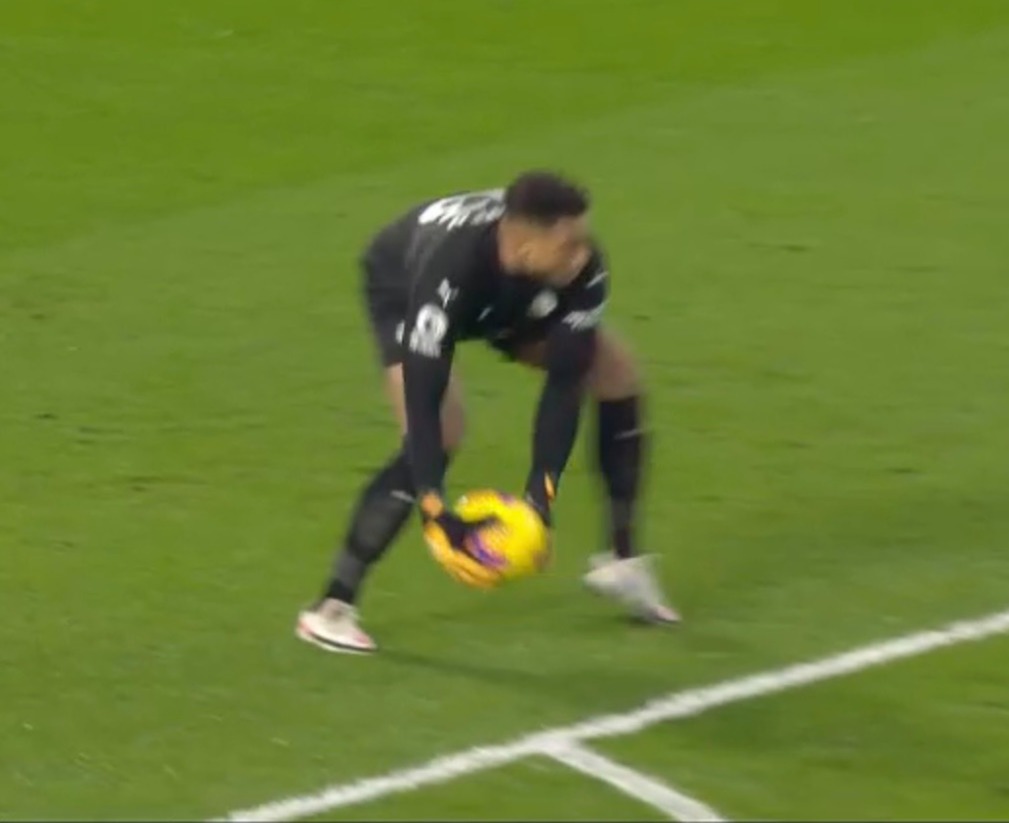 Zack Steffen was penalised for picking up Rodri’s back-pass in the fourth minuteCredit: Sky Sports

The American international, 25, came in to replace Ederson who was ruled out as he self-isolated.

And just four minutes into his Premier League debut, he had given away an indirect free-kick with his lapse in concentration.

Rodri battled for possession close to the halfway line and got his toe on the ball to send it back towards his own goal.

It bypassed centre-backs John Stones and Rubes Dias to roll into the penalty area, where Steffen collected with his hands.

After a moment to get his head around the situation, referee Anthony Taylor blew his whistle and awarded the indirect free-kick.

Bizarrely, though, Chelsea were allowed to take it from just OUTSIDE the 18-yard box.

That is despite the Ifab Law 13 stating: “All free-kicks are taken from the place where the offence occurred,” except for a few limited circumstances.

In the end, after a long conversation, Mason Mount teed up Hakim Ziyech who saw his strike deflect off the charging Ilkay Gundogan as Steffen’s blushes were spared. 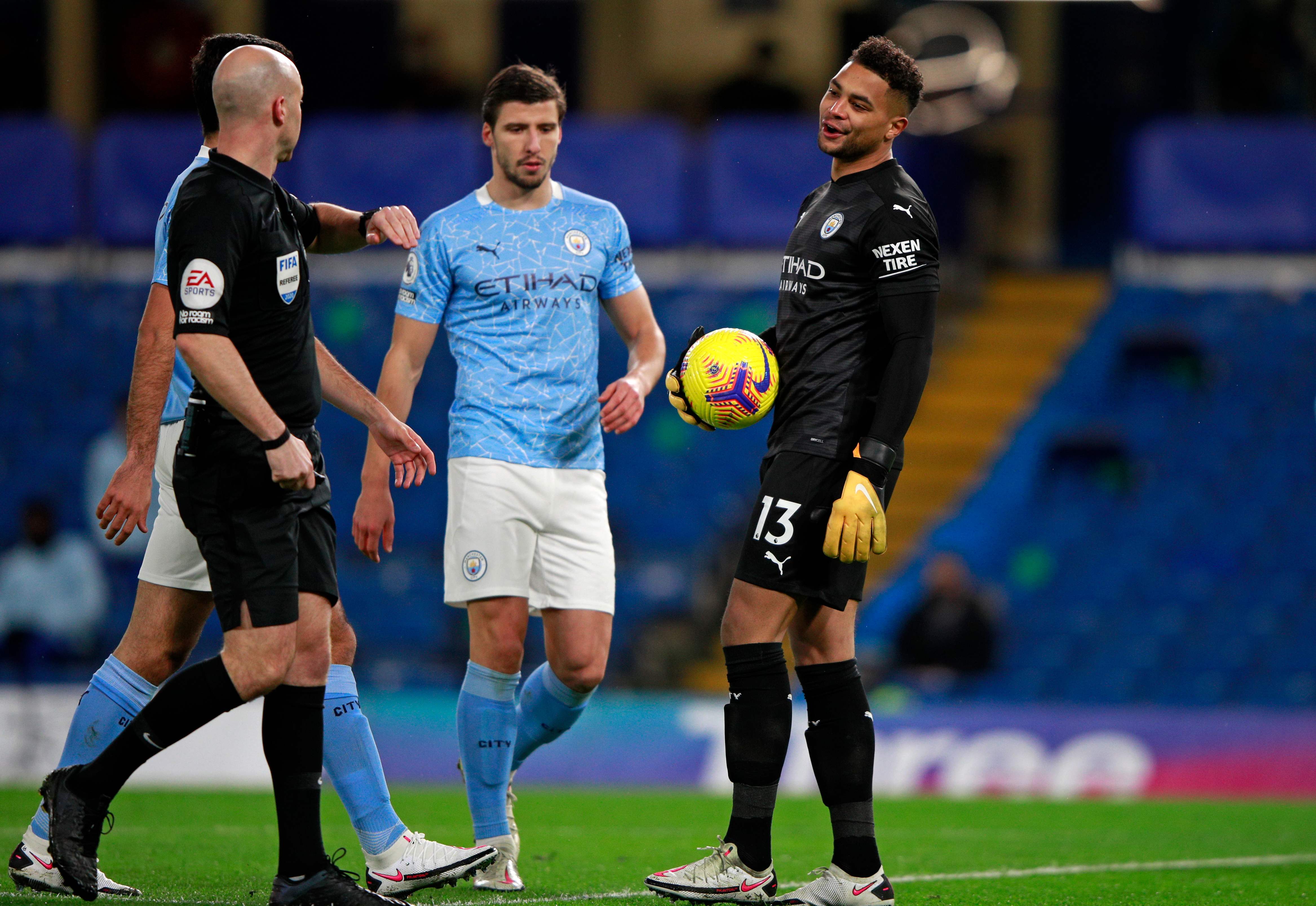 It was a nervy start for the American on his Premier League debut at ChelseaCredit: AFP

And the unusual events were quickly a hot topic of conversation on Twitter – especially the position from where the kick was taken.

One viewer said: “Chelsea have just taken an indirect free kick for a back pass from outside the box. If that isn’t the height of refereeing incompetence, I don’t know what is.”

Another wrote: “How can you take an indirect free kick for a back-pass outside of the penalty area? I’m fuming.”

And a third user added: “It’s been so long since a goalkeeper picked up a back-pass that officials have forgotten the free-kick should probably be taken inside the penalty area.”

Steffen got the nod in the league for the first time since joining City in 2019 from Columbus Crew as Ederson stayed at home.

The Brazilian revealed on Instagram he is currently in quarantine as the Etihad club were hit with a Covid-19 outbreak within the camp.

Kyle Walker and Gabriel Jesus were among those to test positive on Christmas Day before the game against Everton was postponed.

Steffen had little else to do in the game as City cruised to a dominant win.

Ilkay Gundogan, Phil Foden and Kevin De Bruyne all scored within 35 minutes as City sent Chelsea crashing to another defeat.

Callum Hudson-Odoi scored late for Chelsea in the 3-1 defeat, with deputy Steffen facing just one other shot on target. 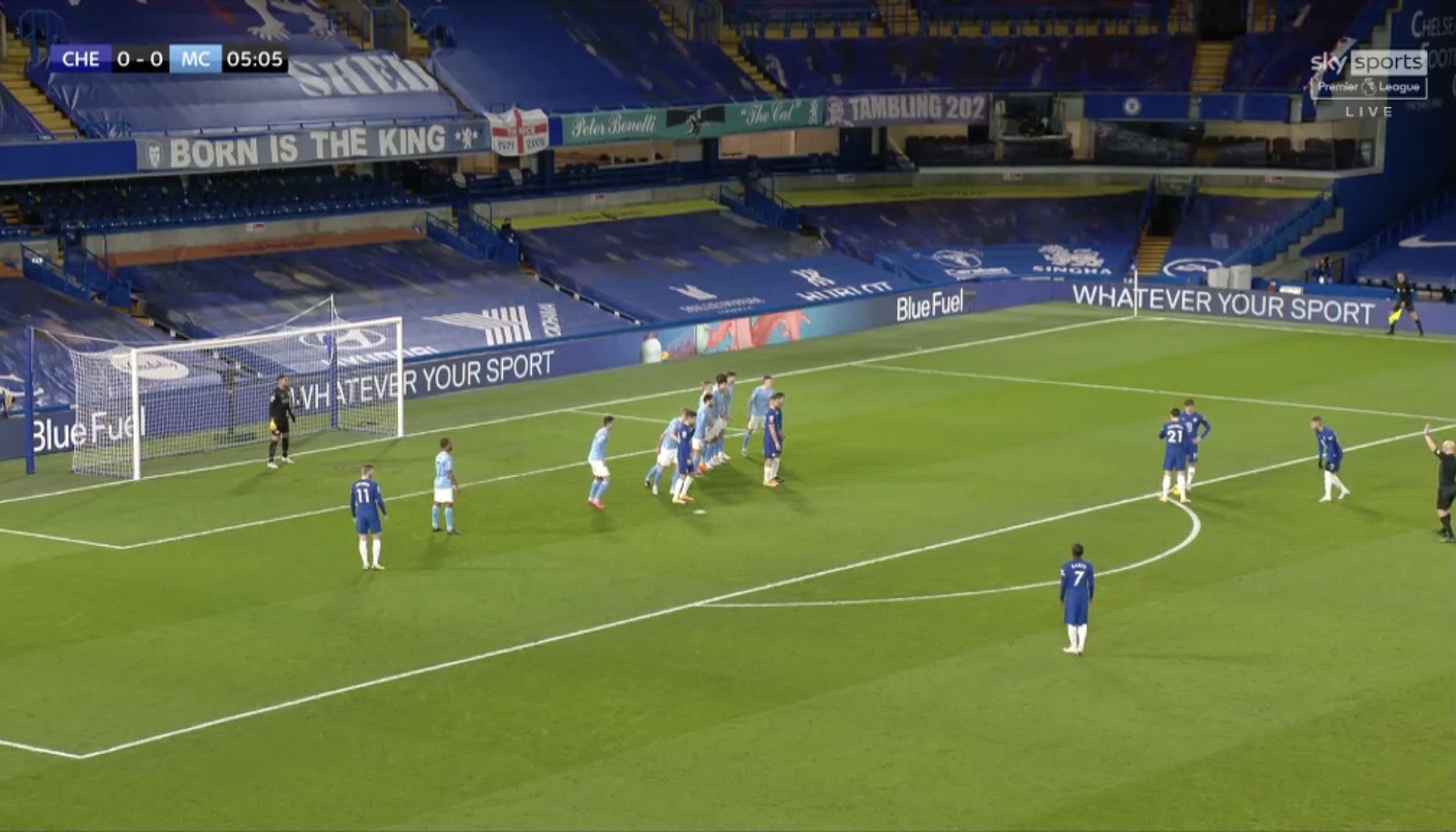 Viewers were left baffled by the position of the indirect free-kick which was outside the boxCredit: Sky Sports 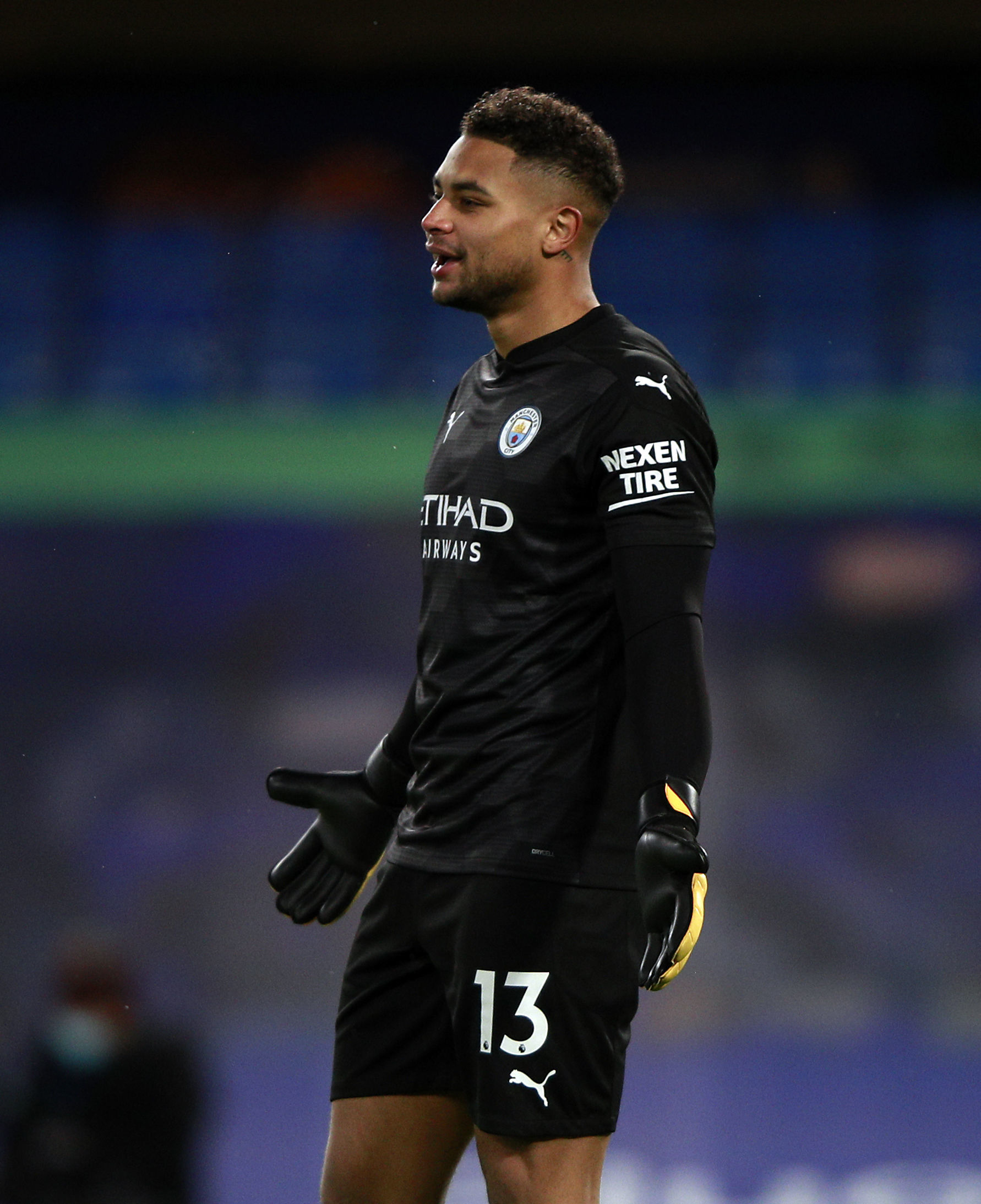 Steffen came in to replace regular No1 Ederson who is self-isolatingCredit: PA:Press Association

Chelsea have just taken an indirect free kick for a back pass from outside the box. If that isn’t the height of refereeing incompetence, I don’t know what is. pic.twitter.com/yL46ooe5B5