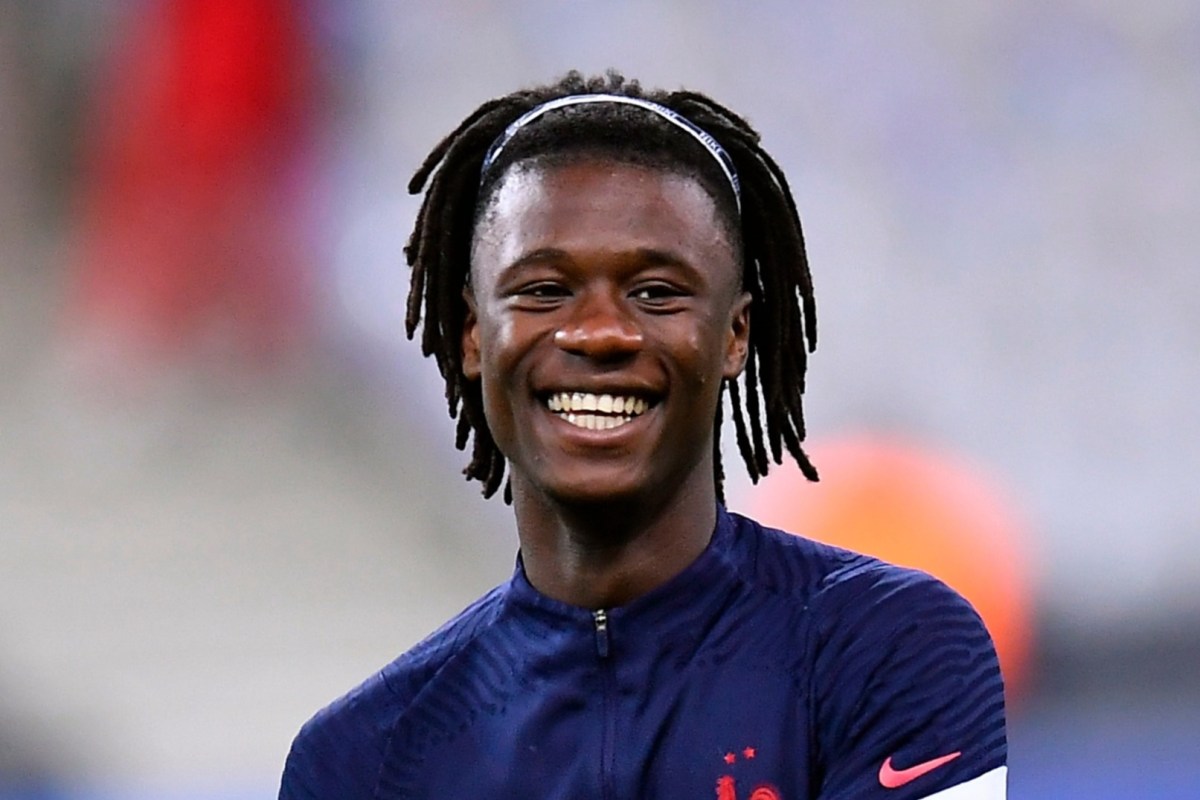 RENNES president Nicolas Holveck has not ruled out the possibility of youngster Eduardo Camavinga leaving the club this summer.

Manchester United and Chelsea are among the clubs reportedly interested in signing the 18-year-old midfielder.

“Everything is open, either for a departure during this transfer window – if an offer satisfies everyone – or to extend [his contract].

“He won’t leave for cheap, we’ve had a lot of discussions but nothing is complete one way or another.”

The Rennes midfielder made 35 Ligue 1 appearances last term and is part of France’s squad for this summer’s Olympics in Tokyo.

Camavinga’s existing Rennes deal expires in 2022 and it’s believed he will NOT sign an extension, putting several top European sides on red alert.

Manchester United have been linked with the talent and rumours suggest he could be available for just £26million because of his contract situation.

Chelsea are also thought to have made contact with Rennes to discuss Camavinga’s future.

And other reports claim Arsenal have made signing the player one of their top priorities this summer.

Another rumour suggests Camavinga will snub Premier League interest and join either Real Madrid or Barcelona as a free agent next summer.

Both LaLiga clubs are struggling financially and are not expected to compete with their English competitors in the current transfer window.

Camavinga is one of several players linked with a move to Old Trafford this summer, including Lyon midfielder Houssem Aouar, 23.

England defender Kieran Trippier, 30 is reportedly close to joining United, although his current side Altetico Madrid are yet to accept an offer.

A deal for Real Madrid defender Raphael Varane, 28, is also thought to be close – despite manager Ole Gunnar Solskjaer playing down rumours.

Eduardo Camavinga shows of his keepie uppie skills in training