Etihad chiefs inserted a 15 per cent sell-on clause when Borussia Dortmund signed him in 2017. 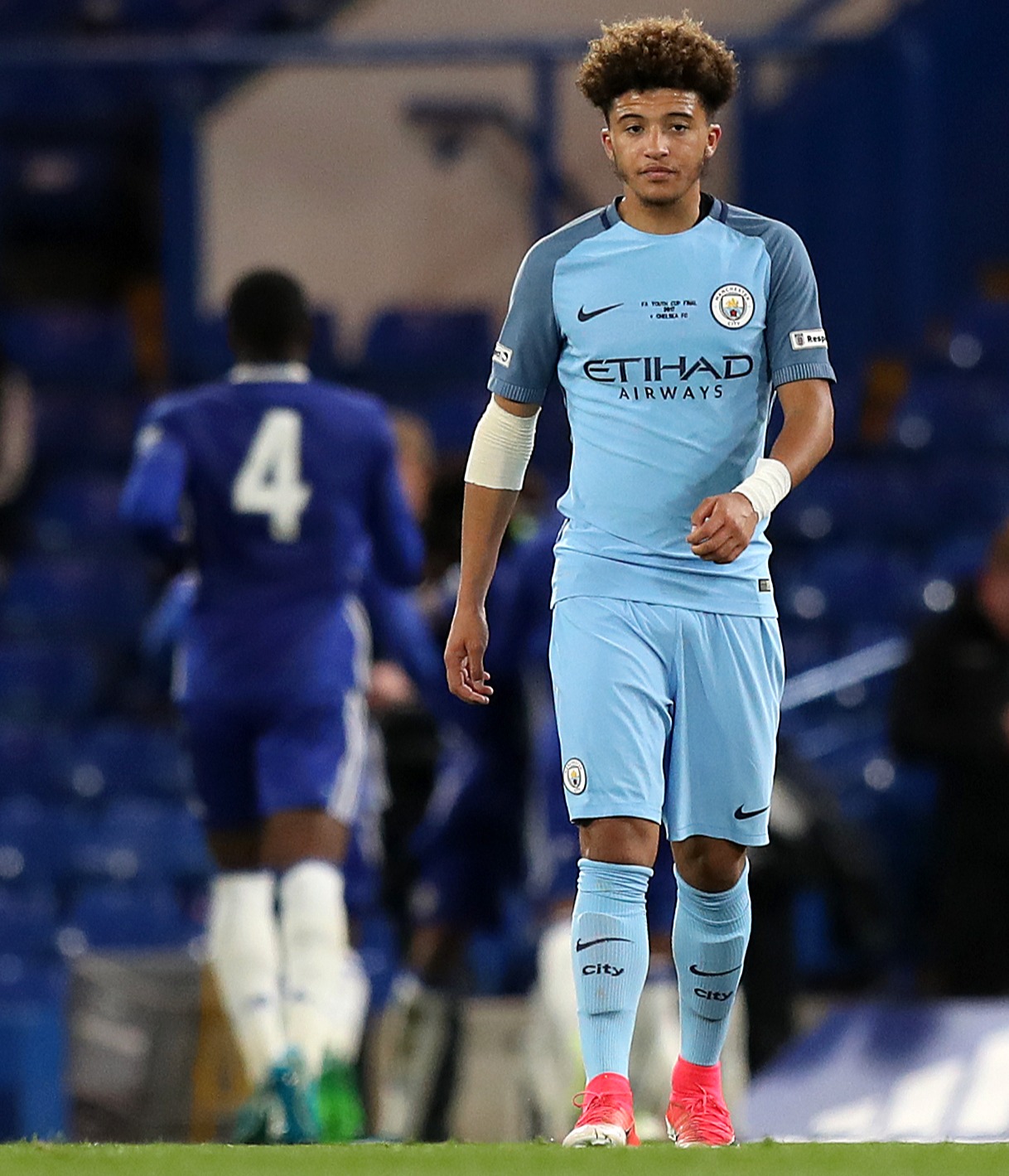 Man City will scoop 15 per cent of the £73m that neighbours United are paying Borussia Dortmund for the former Etihad youngsterCredit: Getty – Contributor

And although City were hoping the Bundesliga giants would hold on for nearer their original £120m asking price, Sancho’s valuation has steadily dipped over the past 12 months.

After a long saga the deal was finally completed last week, the England winger signing a five-year contract at Old Trafford, with the option of a further year.

Sancho told United’s official website: “I’ll always be grateful to Dortmund for giving me the opportunity to play first team football, although I always knew that I would return to England one day.

“The chance to join Manchester United is a dream come true and I just cannot wait to perform in the Premier League.

“This is a young and exciting squad and I know, together, we can develop into something special to bring the success that the fans deserve.

“I am looking forward to working with the Manager and his coaching team to further develop my game.”

United boss Ole Gunnar Solskjaer is delighted to finally bring Sancho to Old Trafford after spending most of last summer pursuing the talent.

The 48-year-old coach added: “Jadon epitomises the type of player I want to bring to the club, he is a forward player in the best traditions of Manchester United.

“He will form an integral part of my squad for years to come and we look forward to seeing him blossom.

“His goals and assists records speak for themselves and he will also bring tremendous pace, flair and creativity to the team.

“Old Trafford will give him the platform he needs to release his untapped talent and perform at the highest level.

“For a player of his age, Jadon has already achieved a great deal and showed the courage to go and prove himself abroad.

“We all look forward to welcoming Jadon to the squad as we prepare for the new campaign.”

Sancho joins Solskjaer’s side after an excellent four-year spell at Dortmund, where he scored 50 goals in all competitions.

He also became the first player in Bundesliga history to provide 50 assists inside 100 appearances in February.

The former Manchester City youth prospect won the German Cup and broke into the England senior team during his time abroad.

Sancho’s £73m move to Old Trafford was confirmed on July 1 and it makes him the second most expensive England player of all time.

It’s understood the deal has taken more than three weeks to be finalised due to paperwork and the player’s involvement at Euro 2020.

Sancho’s medical was completed on July 13 and it’s believed he will earn £350,000-a-week at the Premier League side.

He will wear the No 25 shirt with Edinson Cavani in his preferred No 7.