The English defender and Argentine keeper could be flogged to fund United’s desire to land a new centre-back, according to The Mirror. 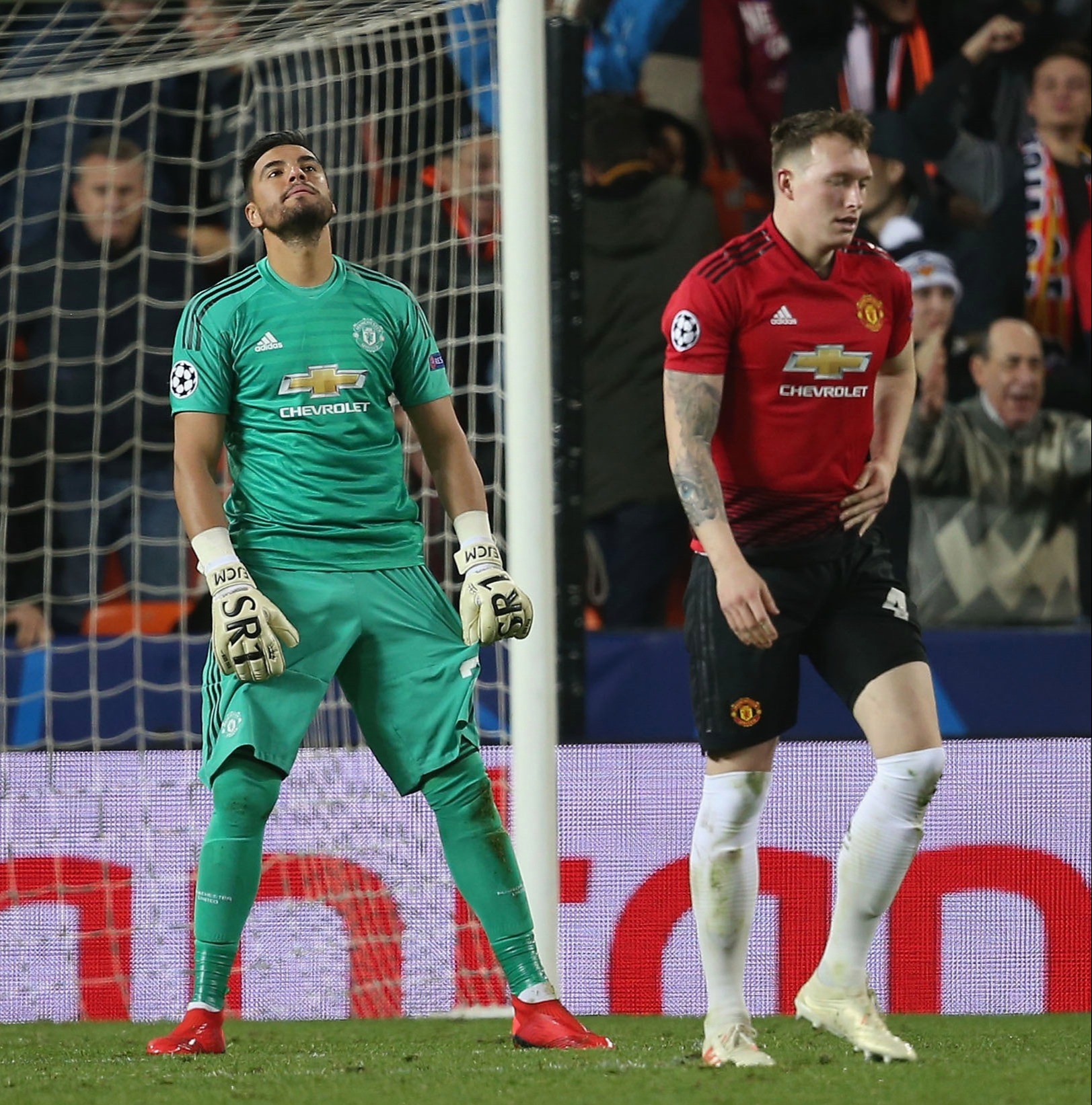 The report states the rarely-seen duo plus Marcos Rojo – whose personal trainer let slip his move to Boca Juniors before United agreed to terminate his contract – were identified as makeweight for an expensive new defender.

The Red Devils have made no secret of their search for a long-term partner for skipper Harry Maguire but need to raise funds first.

RB Leipzig’s Dayot Upamecano and Sevilla’s £60million-rated star Jules Kounde have both been linked with a move to Old Trafford.

Jones has been a peripheral figure at United – failing to play a single game this season due to a knee injury.

He had slipped well down the pecking order before his fitness blow despite penning a new deal two years ago that is due to keep him at the club until June 2023.

The 28-year-old has been linked with a move to fellow Prem sides Burnley and West Ham.

But boss Ole Gunnar Solskjaer appeared to confirm he is likely to remain a United player.

On Monday, Solskjaer said: “Phil has been recovering from an injury, a knee operation he had and he’s working hard to be available again.

“So, he will be included on the list and hopefully, he’ll get his fitness back sooner rather than later and be able to play.”

Romero, 33, is set to join Rojo in moving back to Argentina – but may have to wait until the summer – after Solskjaer confirmed the defender was due to head home.

The Norwegian said: “Likely that Marcos goes back to Argentina, a little bit of paperwork left to be done, I think.

“Sergio, I’ve not heard anything there apart from that he’ll be with us for the rest of his contract.”

Solskjaer had confirmed at the beginning of January that neither Rojo or Romero would have their contracts extended.

Romero was demoted to third choice shot-stopper after Dean Henderson was recalled from his loan spell at Sheffield United with David de Gea still No1.