MANCHESTER UNITED had more shots on their OWN goal than at City’s in the derby – as the stats made for grim reading.

And their first-half positioning was compared to a ‘rugby team’ with the way they bunched up in a line.

Manchester United were totally undone by their rivals City at Old TraffordCredit: AFP

An Eric Bailly own goal and Bernardo Silva poking in at the back post bookended the opening 45 minutes.

But although they were the only goals for City, it was a completely dominant performance from Pep Guardiola’s men.

Here are the worst of the facts and figures from Ole Gunnar Solskjaer’s perspective, thanks to Opta…

Bailly skewed into his own net before the Spanish goalkeeper had to react quickly to block Victor Lindelof’s sidefoot which was also going in.

They managed just one shot on target at the other end in the full 90 minutes, Cristiano Ronaldo with a rasping left-foot volley.

Rio Ferdinand was clearly not impressed and tweeted: “United have had more shots against De Gea than against Ederson… This can’t be real!”

Bailly tried his best to swipe Joao Cancelo’s away to safety – not helped by Bruno Fernandes’ lazy pressing – but the Ivorian only succeeded in flashing the ball past De Gea.

With it, he became the first Manchester United player to score an own goal in the Manchester derby in the Premier League.

As Solskjaer ditched the back three at half-time, it was Bailly sacrificed with Jadon Sancho replacing him.

Average position maps can be a helpful indicator to the way a manager has set a team up in terms of formation.

But there was no such insight from the opening 45 minutes today – because the outfield ten were basically in a line.

Aaron Wan-Bissaka, Bailly and Lindelof were dropped deeper but then Fernandes, Mason Greenwood, Ronaldo, Scott McTominay, Fred, Harry Maguire and Luke Shaw were spread across the midfield, with the No7 at the tip.

One Twitter account joked: “This is Man United’s average positions in the first half. Unfortunately for them, they’re competing in the Premier League, and not the Six Nations.”

With 67.7 per cent of the possession, it was no wonder City racked up plenty of passes.

But their tally of a whopping 753 is the most any team has completed in a Premier League match against the Red Devils since the 2003-04 season (when Opta began recording pass data).

Manchester City have enjoyed their fair share of memorable days at Old Trafford – none more so than the 6-1 mauling in October 2011.

But ten years on they secured another key three points across town.

United’s defensive woes have been well documented this season.

And in a game where they knew they needed to be secure at the back, their resolve was broken with seven minutes gone.

The goal ensured the Red Devils are now without a clean sheet in their last 14 home games in all competitions.

They have only had one longer run in their entire history without a home clean sheet, a 21-game stretch between April 1958 and March 1959. 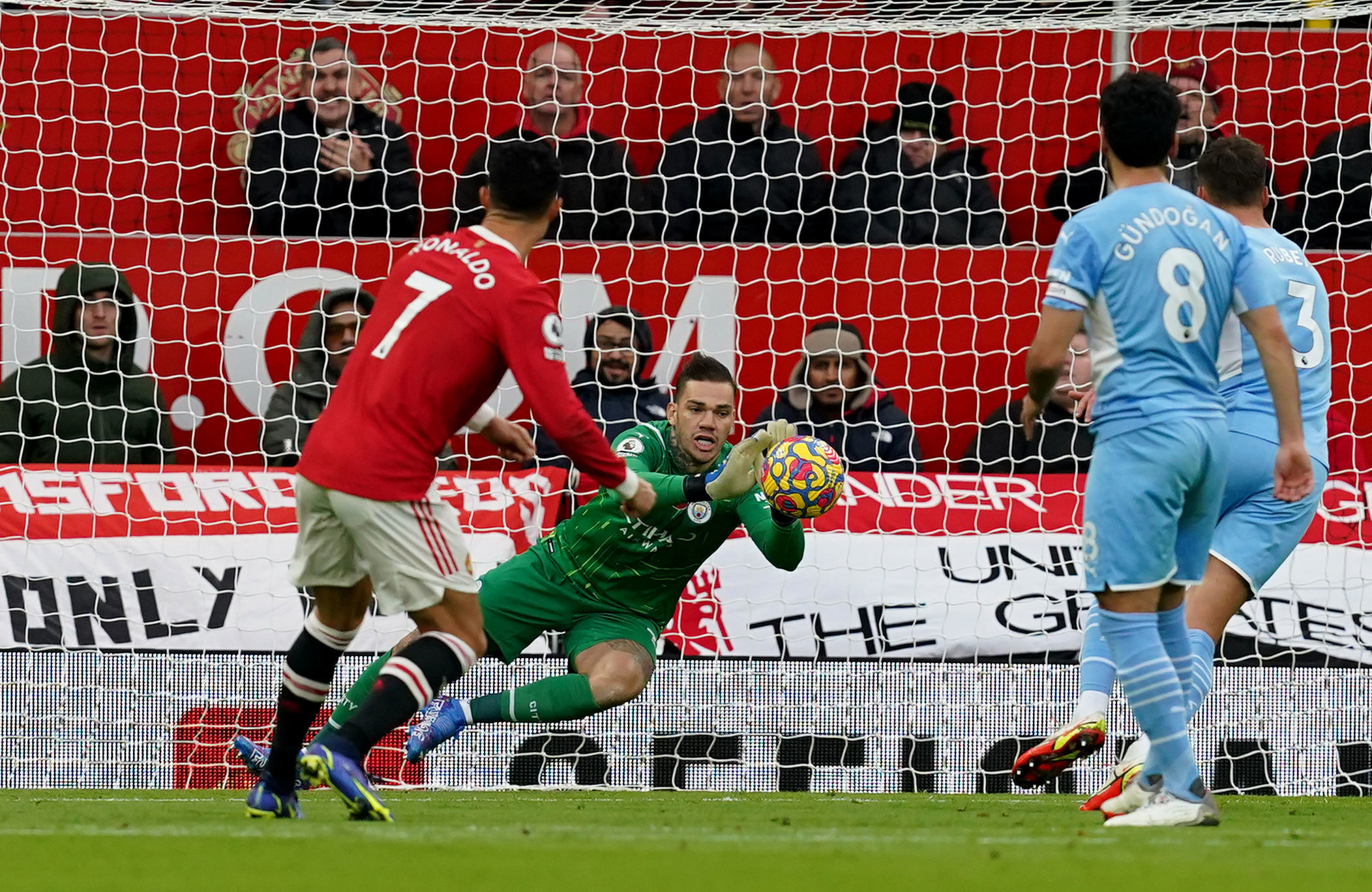 Cristiano Ronaldo had the only shot on target for United with a left-foot volleyCredit: PA 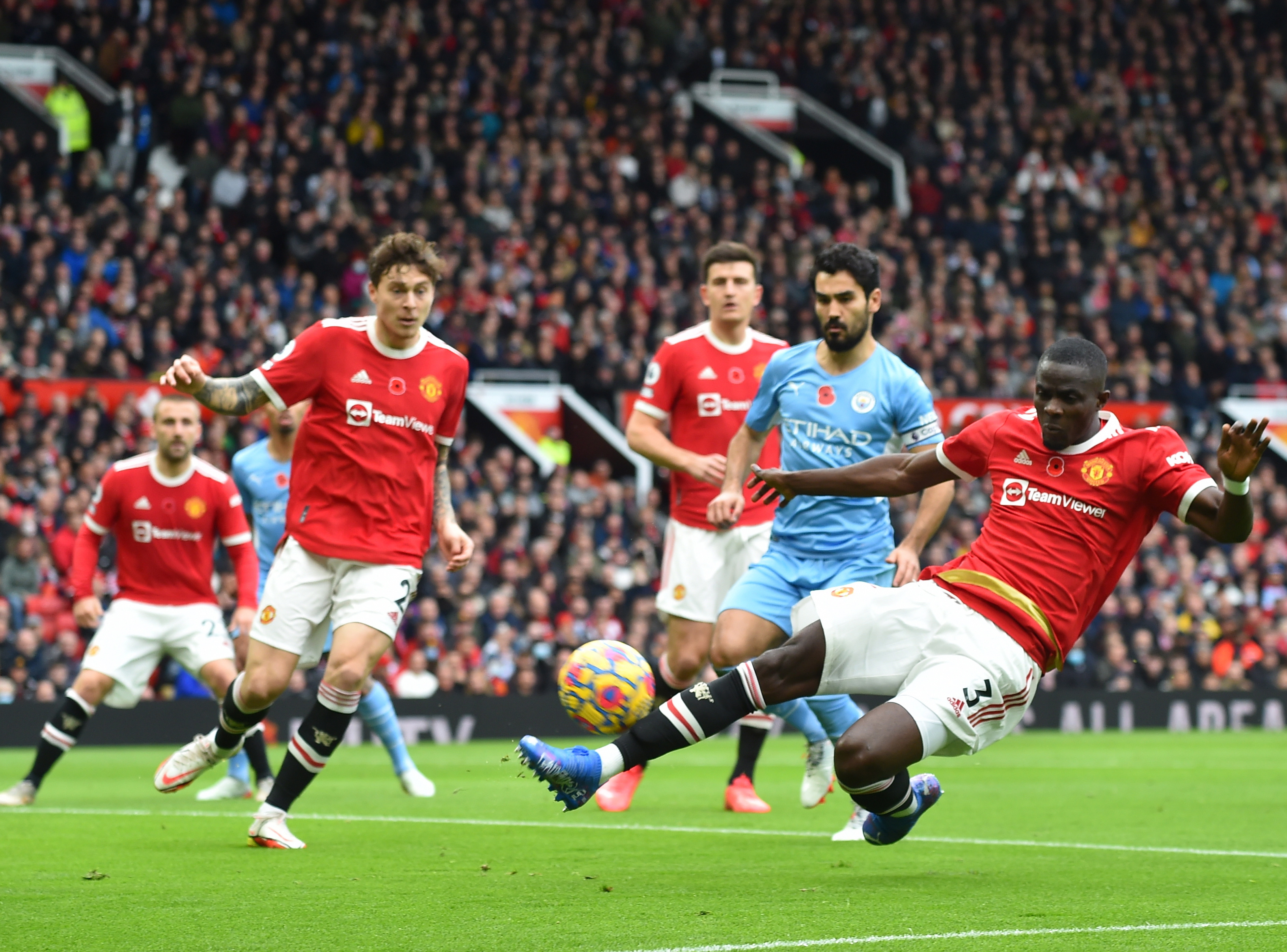 Eric Bailly was the unfortunate man who deflected into his own goal after seven minutesCredit: EPA 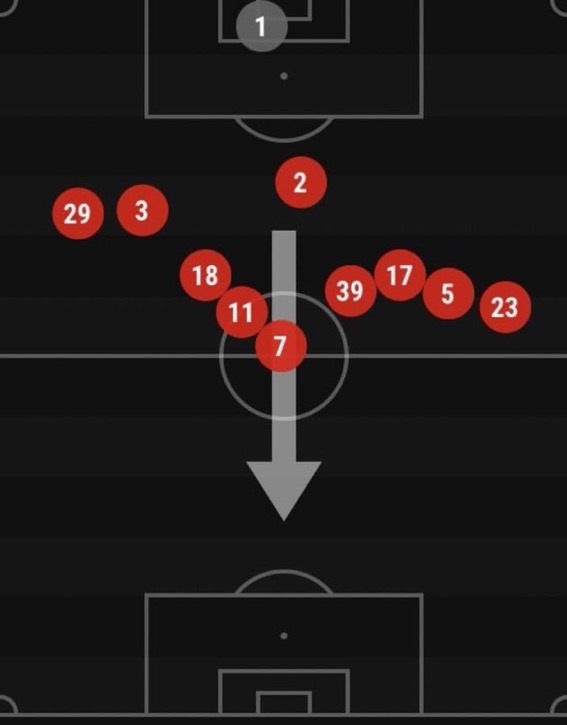 The average positions from the first half did not make good viewing for Ole Gunnar SolskjaerCredit: Twitter / @FootballJOE