MANCHESTER UNITED goalkeeper David de Gea’s penalty save against West Ham on Sunday afternoon was his first for 41 MATCHES.

The Spanish stopper denied Mark Noble in the last few seconds of the Premier League clash to earn his side a 2-1 win at the London Stadium. 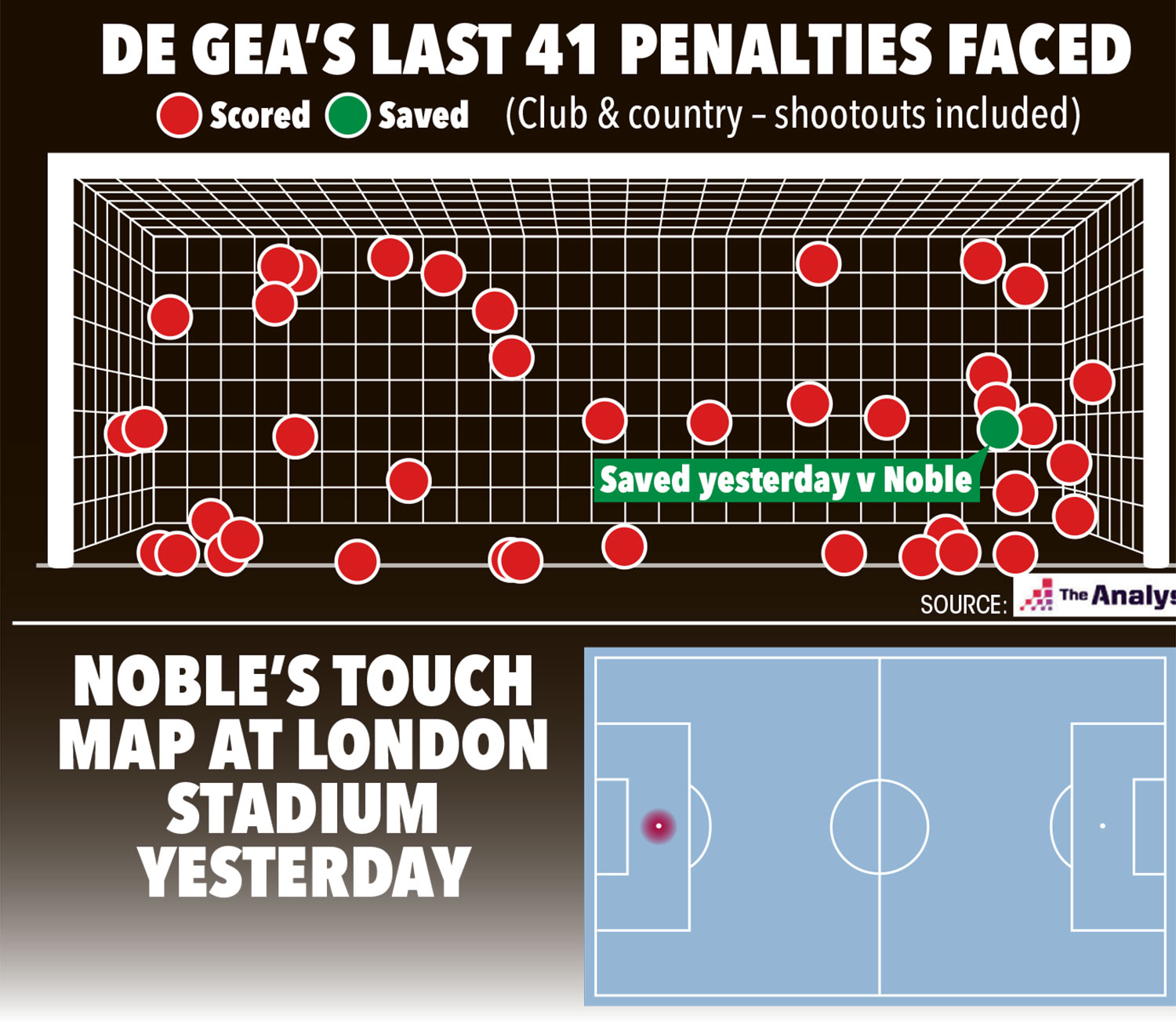 The Hammers thought they’d picked up a point against Man Utd when referee Martin Atkinson awarded a penalty in added time.

Manager David Moyes brought club captain Mark Noble off the bench to take the spot kick – but he was denied by De Gea.

And many were surprised by the save as Noble has a good record from 12 yards and De Gea hadn’t stopped a penalty for a long time.

Noble had scored 27 of his 31 Prem penalties before Sunday afternoon – boasting an impressive 87 per cent success rate.

And De Gea had failed to save any of his last 40 PENALTIES – including those in shootouts – for club and country.

He famously failed to stop a penalty in Man Utd’s shootout defeat to Villarreal in last season’s Europa League final before missing his effort.

The goalkeeper’s last save from the spot was in April 2016 when he denied then Everton striker Romelu Lukaku.

Since then, Lukaku has joined Man Utd, left Man Utd, won Serie A with Inter Milan and returned to former side Chelsea.

And De Gea has waited nearly SEVEN YEARS for a penalty stop in the Prem, denying Everton’s Leighton Baines in October 2014.

Discussing his save after the match, De Gea said: “I saw Rice with the ball so I was expecting him to take the penalty but then I saw Noble.

“Last minute in the game and I make the save. It is a massive three points for us.”

Moyes, meanwhile, defended his decision to bring on Noble, telling the press: “Look at his record. His record is very good.

“I had time to think about it. I think I would have been more disappointed if I hadn’t made the decision.

“You make them and it just didn’t quite work today. “