And United’s recent results and some members of the team’s individual performances suggest the Irishman was right. 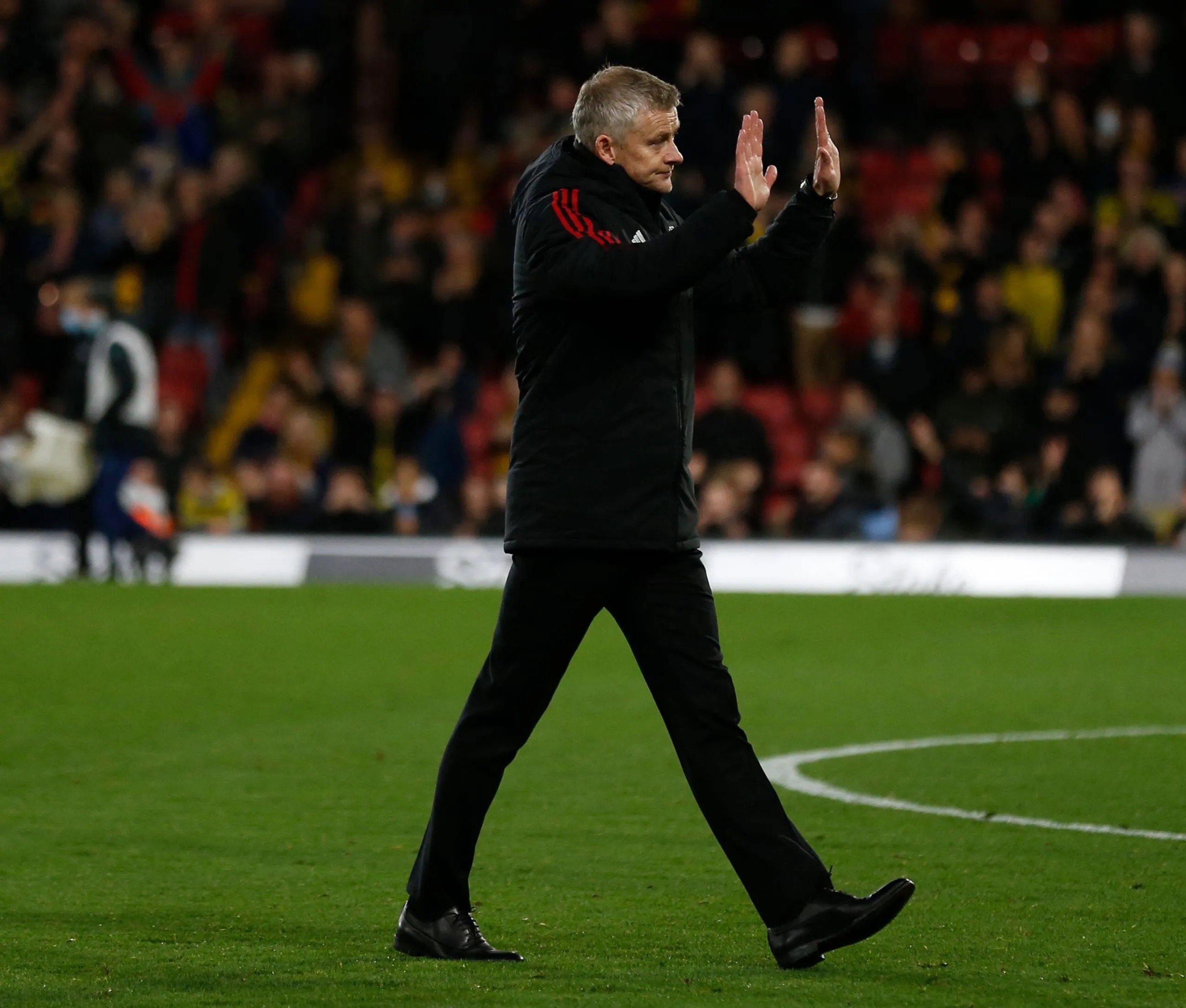 Solskjaer was booed by the travelling away fansCredit: GETTY IMAGES

“I’m always intrigued after games when managers say: ‘they will be up for the next game’. You have to be up for every game. I don’t care whether its Man United or Altrincham.

“I don’t fall for the things said that they will now play well. These are the same players who threw Mourinho under the boss and they will do the same to Ole.

“There are too many bluffers at this club to get United back to the very top.

“The fact we are saying United are going for fourth shows how the standards have dropped and they are in free fall, on and off the pitch.”

Club captain Harry Maguire is one of United’s players under fire for below par performances.

Maguire was sent off in the embarrassing 4-1 loss to Watford on Saturday.

The red card came after Donny van de Beek pulled a goal back to make the game 2-1 with plenty of time left to turn it around.

Watford went on to score two in added time and sealed Solskjaer’s fate.

The Portugal international has just four goals and three assists this term, which falls considerably short of his 30-goal contributions last term.

He said on Sky Sports: “I think Mauricio Pochettino – although he’d never say it – he’d leave to come to Man United on a five-year deal tomorrow.

“He’d look at that group of players, he’d look at the club and he’d realise he’d probably be able to achieve more than he wants at Man United in terms of a project.

“At PSG you are on season by season. ‘You’ve got to win the Champions League or you’re out’ type of model. I don’t think that suits Pochettino.

“I think he would absolutely come to Man Utd on a five-year deal, with backing behind him. How he’d fit in with the current coaches who are still there and left, I’m not sure.

“Manchester United have to make sure they get the next one right. Even if that means being patient for six months to wait for managers to become available at the end of the season.”

But whoever takes over might suffer the same fate Solskjaer did in being thrown under the bus, and the three who came before him.