SIR Alex Ferguson is set to be immortalised with a ‘larger than life’ bronze statue outside Aberdeen’s stadium in tribute to him ‘putting them on the football map’.

News of the honour was confirmed by The Dons chairman Dave Cormack ahead of their Europa Conference League second leg tie against BK Hacken tonight in Gothenberg.

Sir Alex celebrates victory for Aberdeen, having won eleven trophies in the space of seven years at the clubCredit: PA:Empics Sport

Fittingly, this was the same city where Sir Alex and his team famously beat Real Madrid in Cup Winners’ Cup final of 1983, which remains the greatest achievement in the club’s history to this day.

Fergie also led the Scottish side to three league titles, four Scottish Cups and a Scottish League Cup, as well as the European Super Cup, as Aberdeen overcame Hamburg SV over two legs in 1983.

Cormack said: “[His] contribution to the club was immense and it’s fitting that we honour him in this way.

“His arrival at Pittodrie heralded the start of the most successful period in the club’s history and put Aberdeen firmly on the football map of Europe.

“The year after next marks the 40th anniversary of our European Cup Winners’ Cup triumph in Gothenburg, along with winning the European Super Cup, so while this honour is long overdue, it comes at a fitting time.

“We began exploring the idea of a series of statues to recognise those legends who have made a lasting impact on the club, over 18 months ago, but the process stalled due to the pandemic.

Sir Alex’s contribution to the club was immense and it’s fitting that we honour him in this way.

“It’s now very much back on our agenda and, when it came to deciding the subject of the first one, there was of course only one option, Sir Alex Ferguson.”

Sir Alex himself commented: “I am thrilled and honoured by this recognition from Aberdeen Football Club, where I spent a fantastic and memorable part of my managerial career.

“I am particularly pleased with the image the club has chosen to base the statue on and with the choice of sculptor whose recent work is incredibly lifelike. I can’t wait to see it!”

The statue is due to be completed by the end of the year by sculptor Andy Edwards and will be located outside the Richard Donald Stand at Pittodrie. 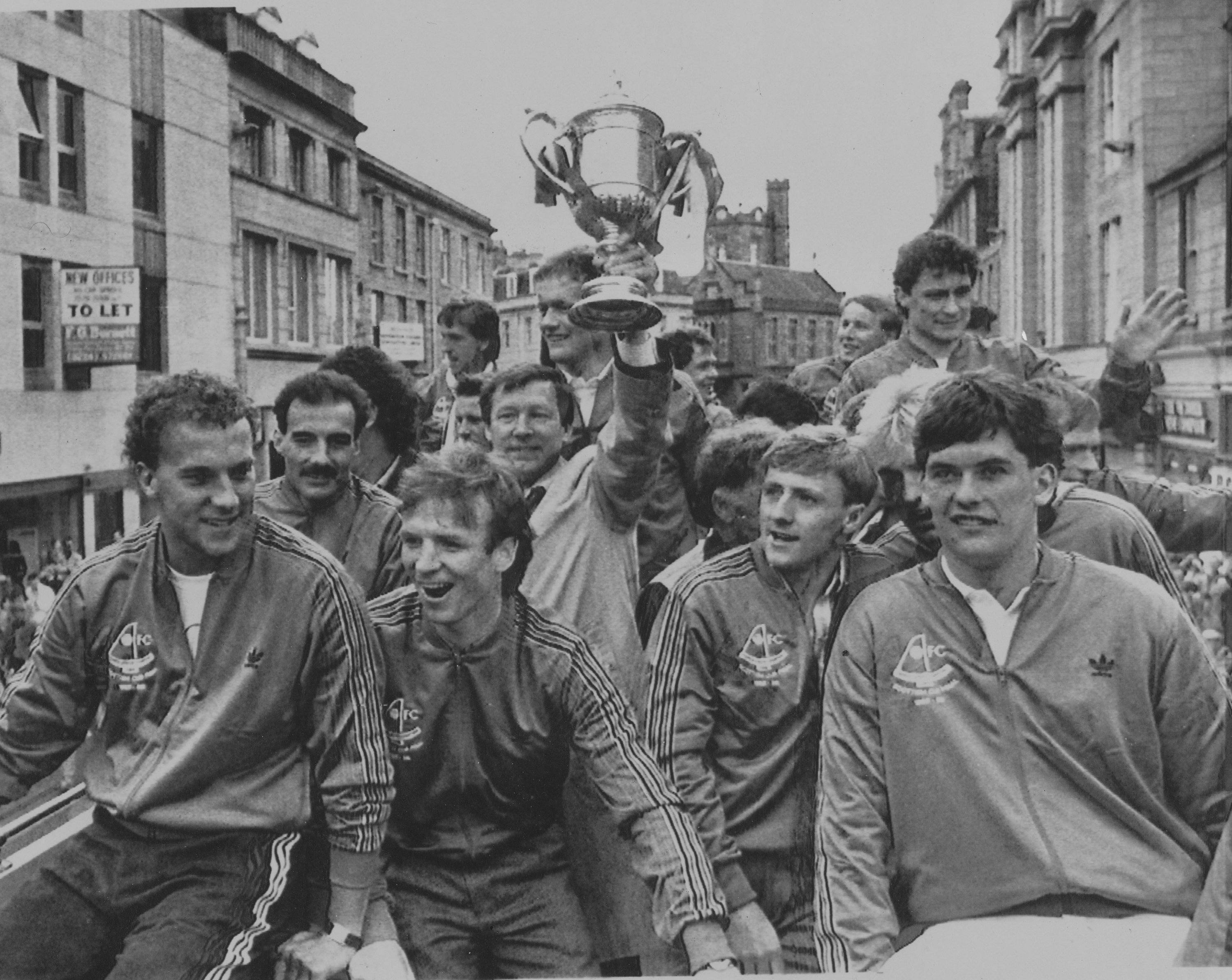 Sir Alex has been heralded as Aberdeen’s greatest ever manager after he won them their first league title for 25 yearsCredit: News Group Newspapers Ltd

Sir Alex’s distinguished spell as boss of Aberdeen was documented in the recent film ‘Sir Alex Ferguson: Never Give In’, which was directed by his son, Jason.

The film also looks at Ferguson’s hugely successful tenure as Manchester United manager, spanning almost three decades at the club, as well as his recovery from his 2018 brain haemorrhage.

The 79-year-old now appears to be in far better health and was pictured attending the England vs Scotland Euro stalemate at Wembley in June. 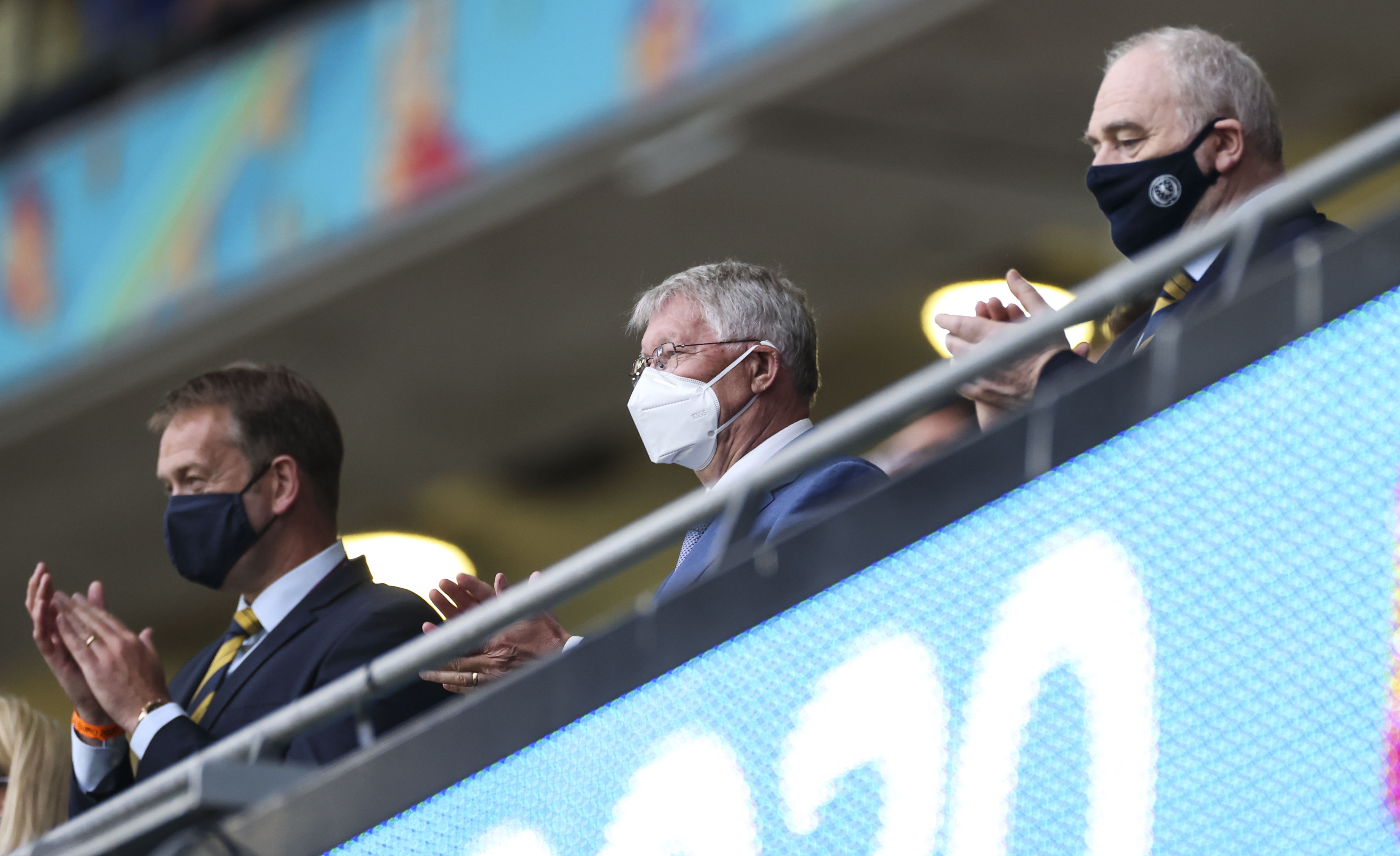 Sir Alex was in attendance to watch his beloved Scotland draw 0-0 with England at Wembley back in JuneCredit: Marc Aspland EURO 2020 Newspaper