Man Utd looked like a third-tier side next to City.. they’re PLANETS away and the styles of football prove it

IT IS 35 years to the day that Sir Alex Ferguson was appointed manager of Manchester United vowing to knock Liverpool off their perch.

A fortnight ago proved they are as far behind them now once again, as they were then. 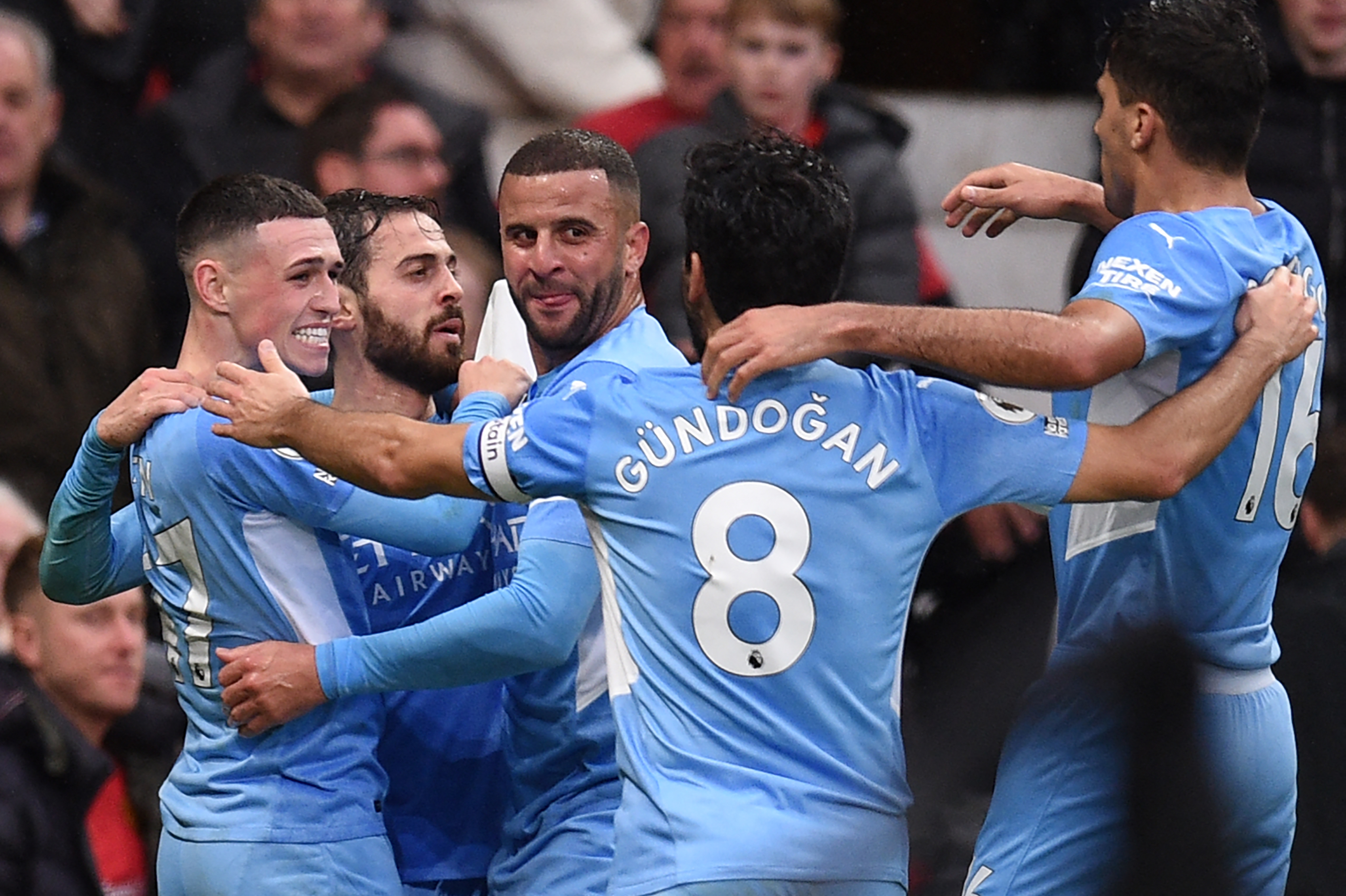 An own goal by Bailly and a back post strike by Silva fired City into secondCredit: GETTY IMAGES

As he puffed out his cheeks and shook his head as United were destroyed 5-0 by Jurgen Klopp’s footballing battering ram.

It was back in 2009 when he was asked if Manchester City could ever go into a derby as favourites, could ever be the top dogs in town.

‘Not in my lifetime’ he replied.

Well that is exactly what has happened since the day he has retired and this humiliation at their hands showed once more that they have well and truly eclipsed their illustrious neighbours.

It is not just the five titles in ten years to United’s one in that time that shows the gulf in class.

It is simply how they play football.

WELCOME to the downtime goldmine

We’ve got a free to enter competition with Pokerstars Casino that will see one lucky Sun reader win a cool £5,000.

It’s time to win while you wait. Are you in?

This was two teams on two different planets.

The way City play and the way United play is not going to change any time soon either.

Just as it took a long time for Liverpool to be knocked off their perch back then, when on November 6 1986 Sir Alex took the reins at Old Trafford.

While their two biggest rivals have taken giant strides particularly in the last five years, United are regressing once more.

They get nearly there as under Mourinho.

Their league positions under Ole Gunnar Solskjaer, third and second the last two seasons, suggests they are still in touch.

They even finished higher than Liverpool last season but even Solskjaer admitted that was down to the injuries suffered by Klopp’s side. 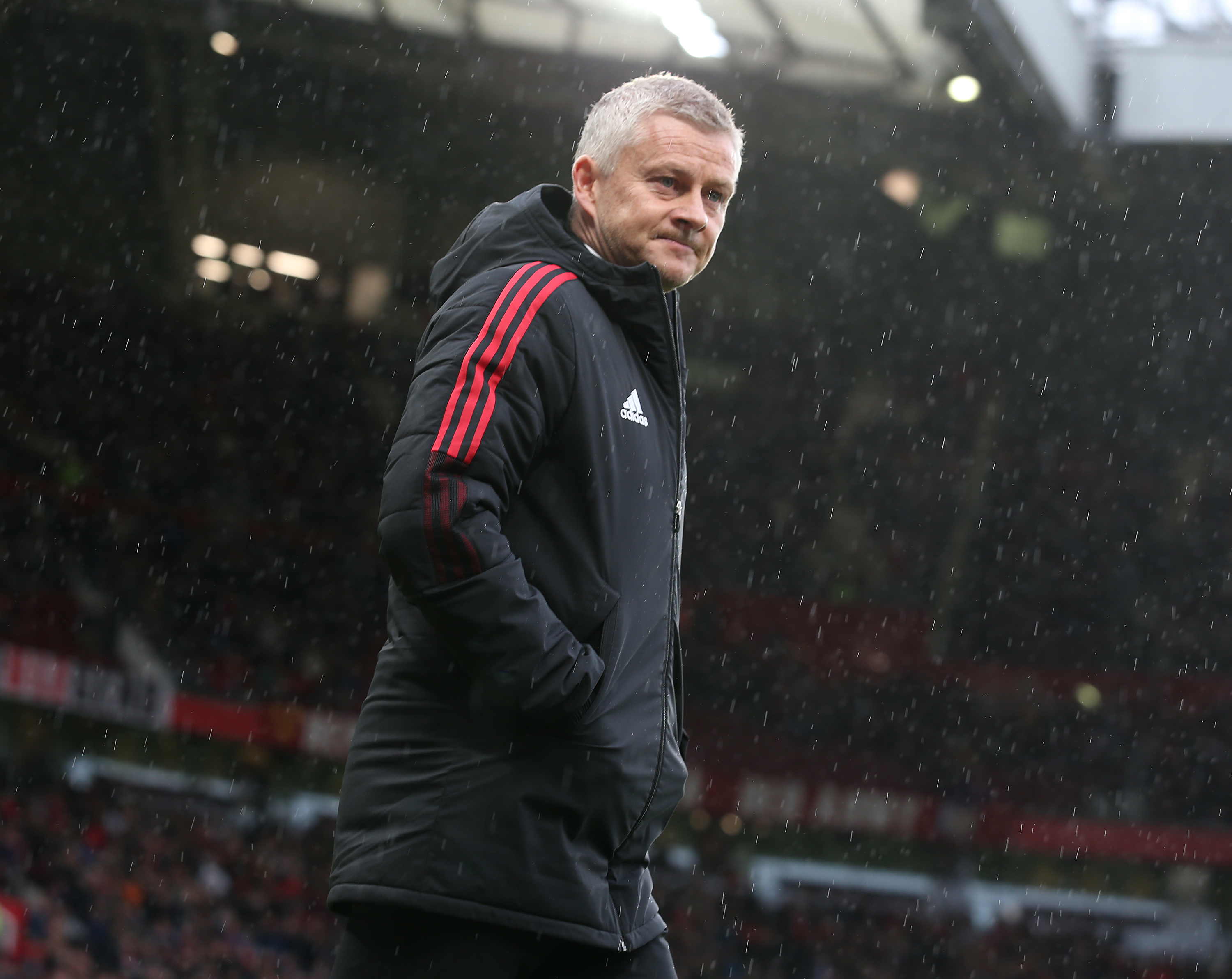 United barely put up a fight and the crowd grew restlessCredit: GETTY IMAGES 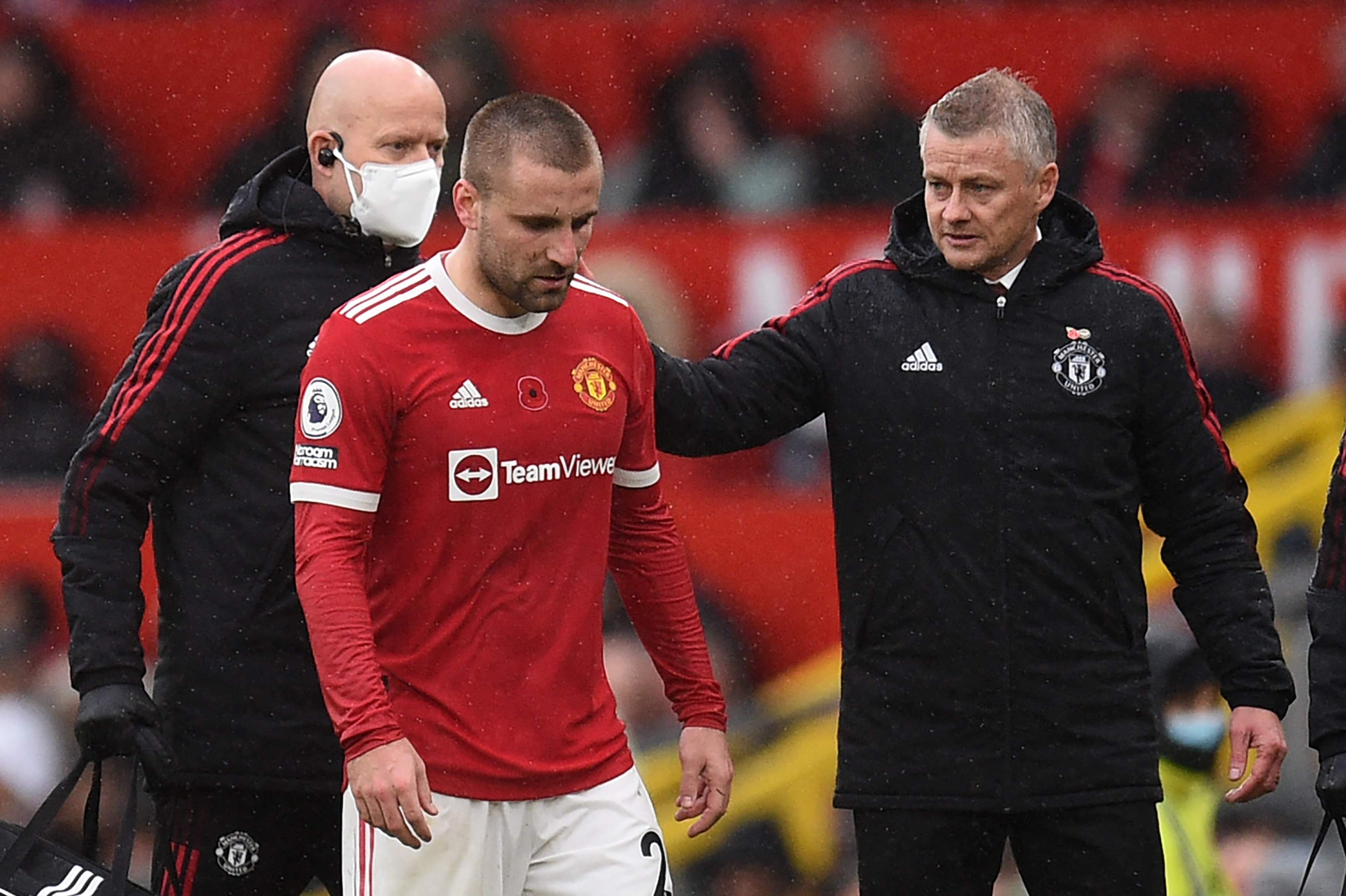 First-team star Shaw was forced off through injuryCredit: GETTY IMAGES

The points gap to being Champions has still been huge.

But it is not the league tables or points that emphasise the gap, it is what fans have seen over the last fortnight on the pitch.

Liverpool’s heavy metal football with a frontline every club in the world would want casting United aside.

Then City’s mesmeric pressing, passing and movement that had United’s players spinning in wonderment.

The long-term plan set out by Solskjaer has moved them down the path and there has been evidence of United going in the right direction again.

But they have hit a wall, and they can’t find a way round it.

They move from crisis to calm week by week and all the time City and Liverpool just tick over and Chelsea come again as they always do. European Champions and challenging for the title again.

So is it time for another managerial change? 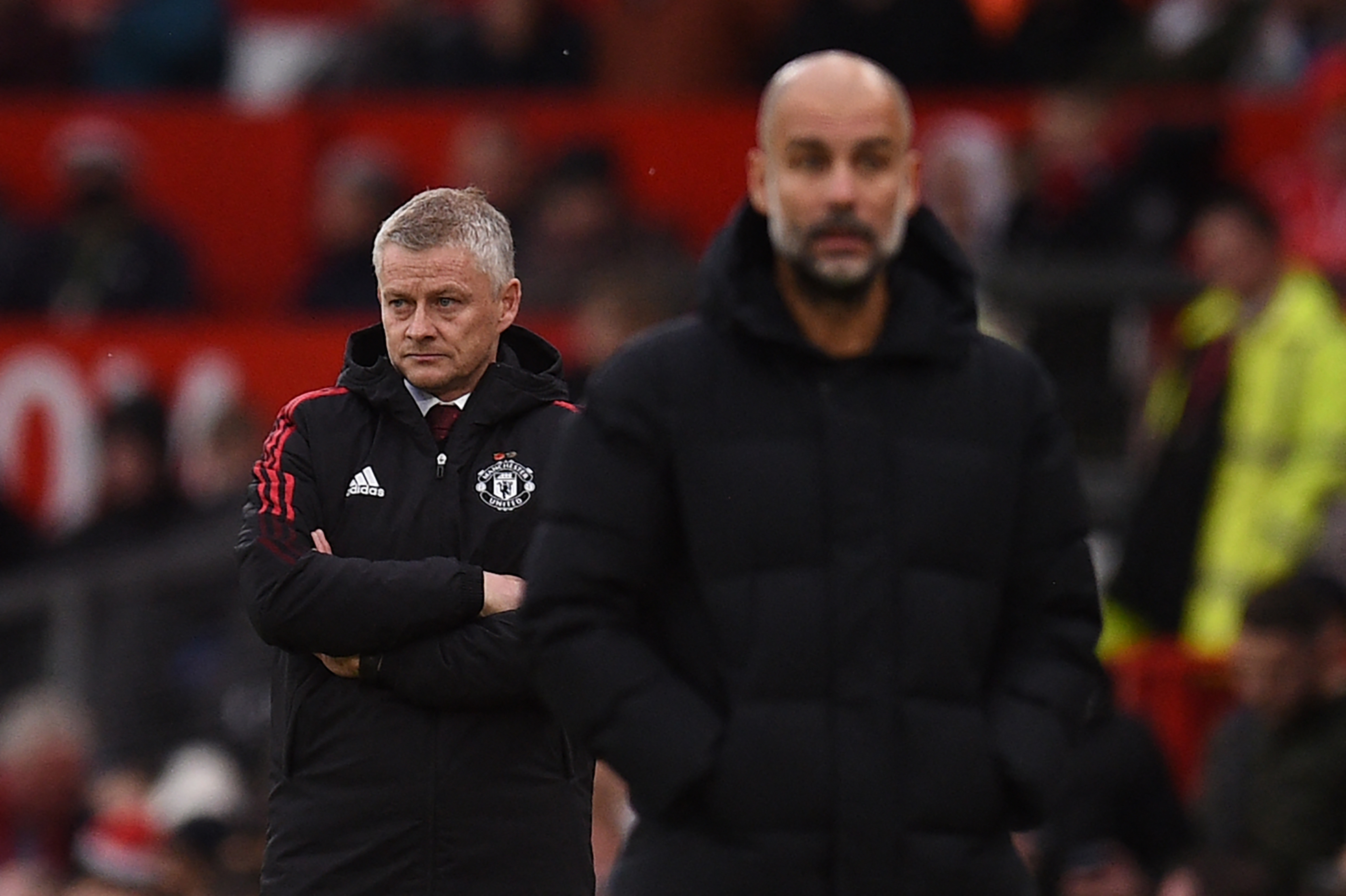 Pressure is building on Solskjaer after another loss at home to a rivalCredit: GETTY IMAGES 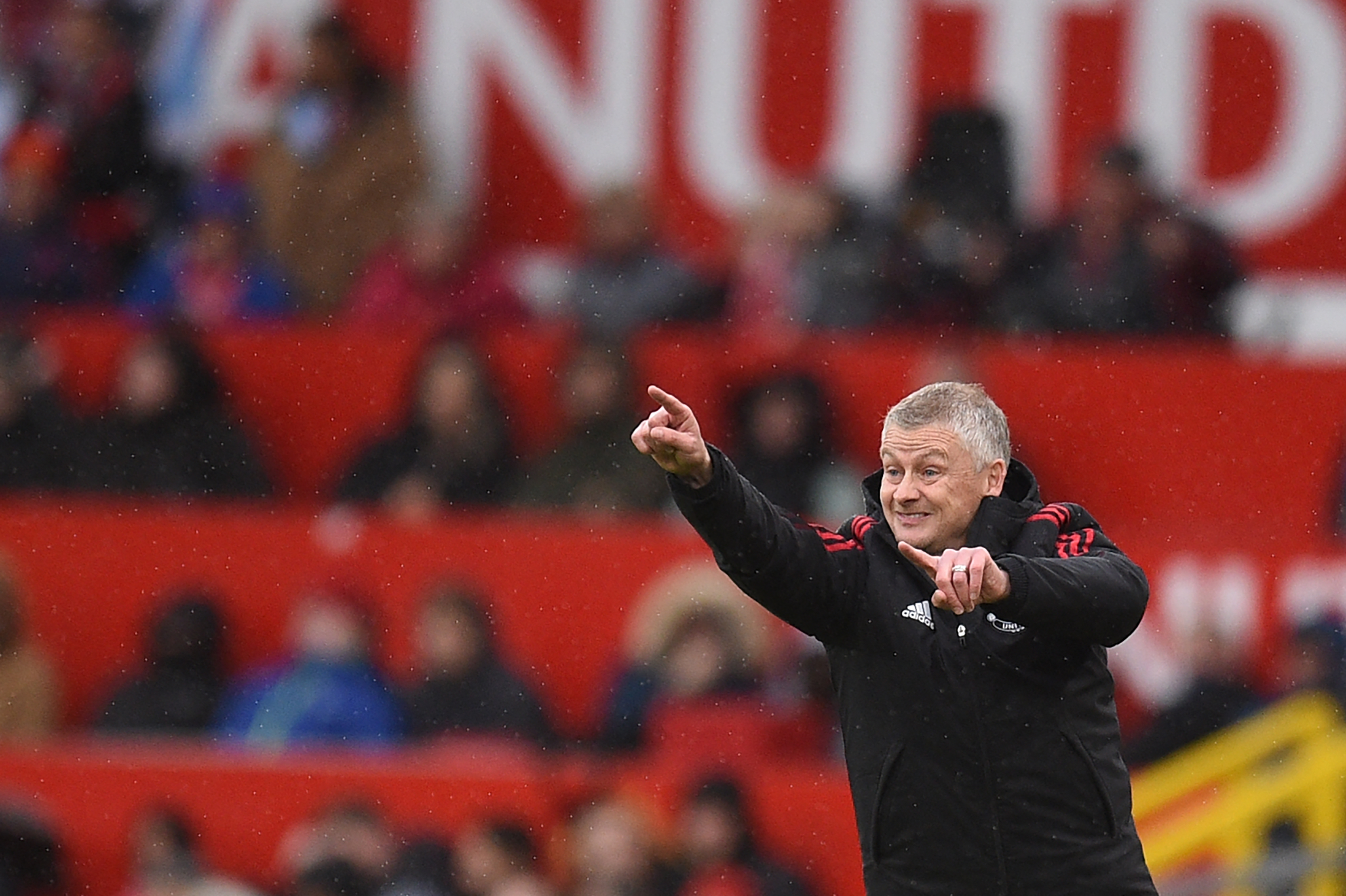 Solskjaer switch away from the back three at the start of the second half, but neither tactical set-ups laid a glove on CityCredit: GETTY IMAGES

Antonio Conte has now been scooped up by Tottenham.

The Mauricio Pochettino boat has long since sailed.

Bring one in, pick it all up, dust it down and start all over again.

The point is the sum of the parts in this team should simply be better than what we have seen in the last two home games, much better.

As a collective they are a mid-table team rescued by moments of class.

Then look at United static in their formation hoping something will happen. 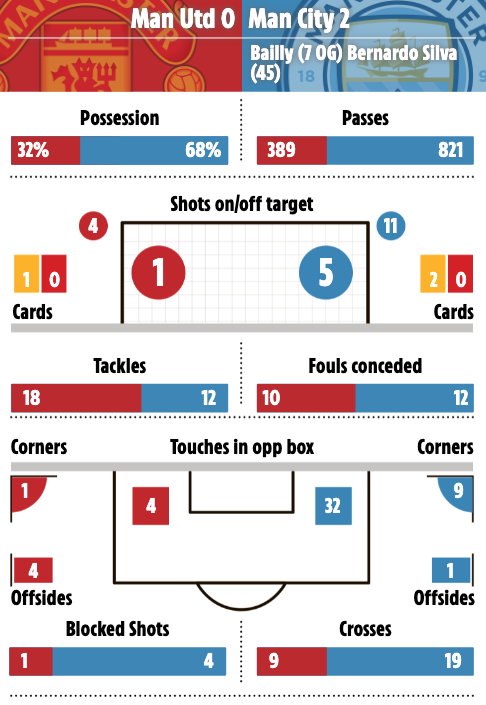 It was like a third tier side playing against a Premier League big gun in the FA Cup.

Defend, keep your shape and hope maybe something happens from a break or set piece at the other end.

Two weeks on, the scoreline may not have been the same, but the air of disillusionment was. Right now that perch is up in the clouds, out of sight.