BRUNO FERNANDES was presented with a top award in his home town of Maia after become a world-class footballer at Manchester United.

The Portugal playmaker, 26, received the Medal of Merit from his hometown last week.

Bruno Fernandes has received the Medal of Merit from his hometown in PortugalCredit: Noticias Maia 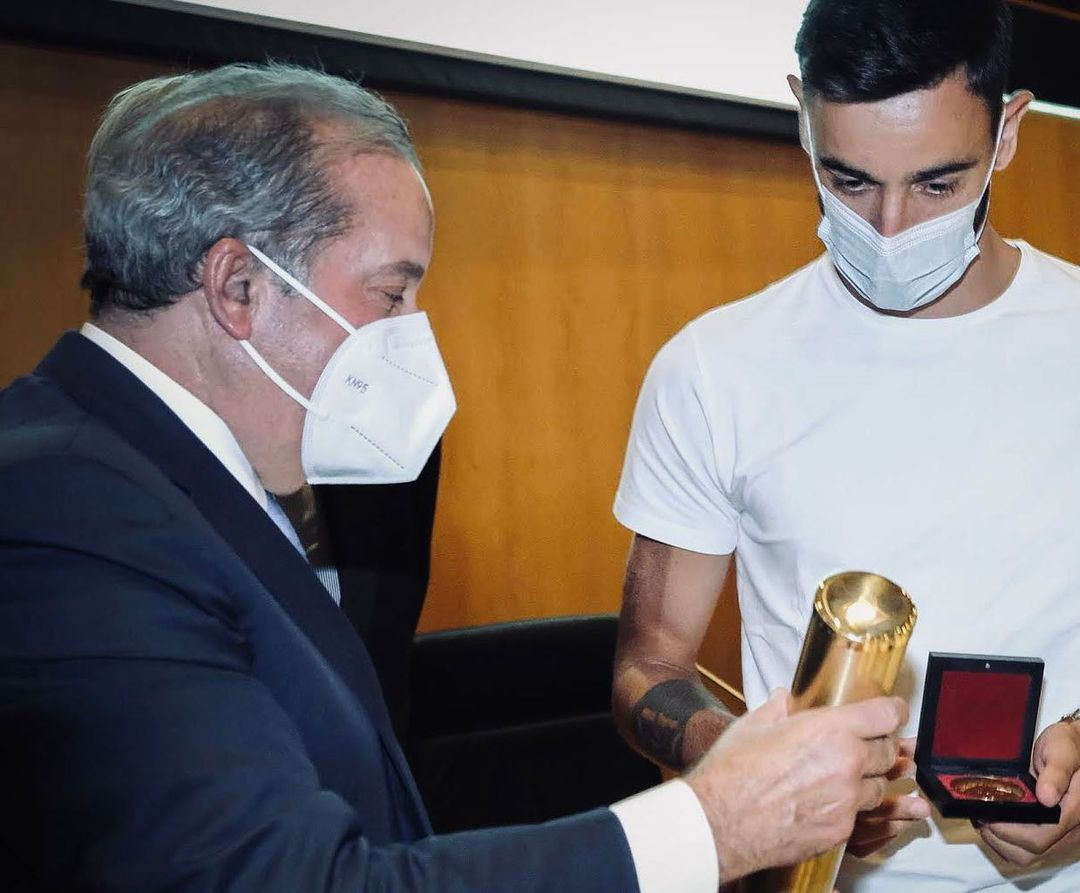 Fernandes has been recognised by the Portuguese municipality of Maia for his incredible rise in footballCredit: Noticias Maia

The prestigious award was given to Fernandes to recognise his amazing rise in the beautiful game.

And Fernandes expressed his delight at receiving the highest honour his Portuguese municipality has to offer.

Fernandes beamed: “Being a Mayan and being a proud person to have been born and raised here, being able to receive this medal means a lot to me.

“It means what I’ve been doing, in addition to the dreams I’ve conquered, also makes my land proud. I hope to continue to do so.”

Mayor Tiago added: “Whether in Portugal or Man United, he is a hero of Maia and we are very honoured.

“In my opinion, he is the one who will succeed Cristiano Ronaldo in our national team’s attack.

“[Bruno] you have a great future ahead of you. You are humble but you are competent and very capable.”

Fernandes has been nothing short of a revelation since joining United from Sporting Lisbon for £47million just 18 months ago.

He has scored an incredible 40 goals in 80 games from midfield.

And Fernandes has also been named United’s Player of the Year for two successive seasons after inspiring them to last season’s Europa League final and a second-place Premier League finish.

But despite playing for Portugal at the Euros and enjoying a brief holiday in his homeland, Fernandes has cut the good times short by returning to training.

He was put through his paces at old club Boavista and will join up with his United teammates this week.