JESSE LINGARD beamed with delight as he posed next to global superstar Kylie Mingoue before she attended The Fashion Awards on Monday night.

The Manchester United attacking midfielder, 28, took to his Instagram story to share a snap of the two together. 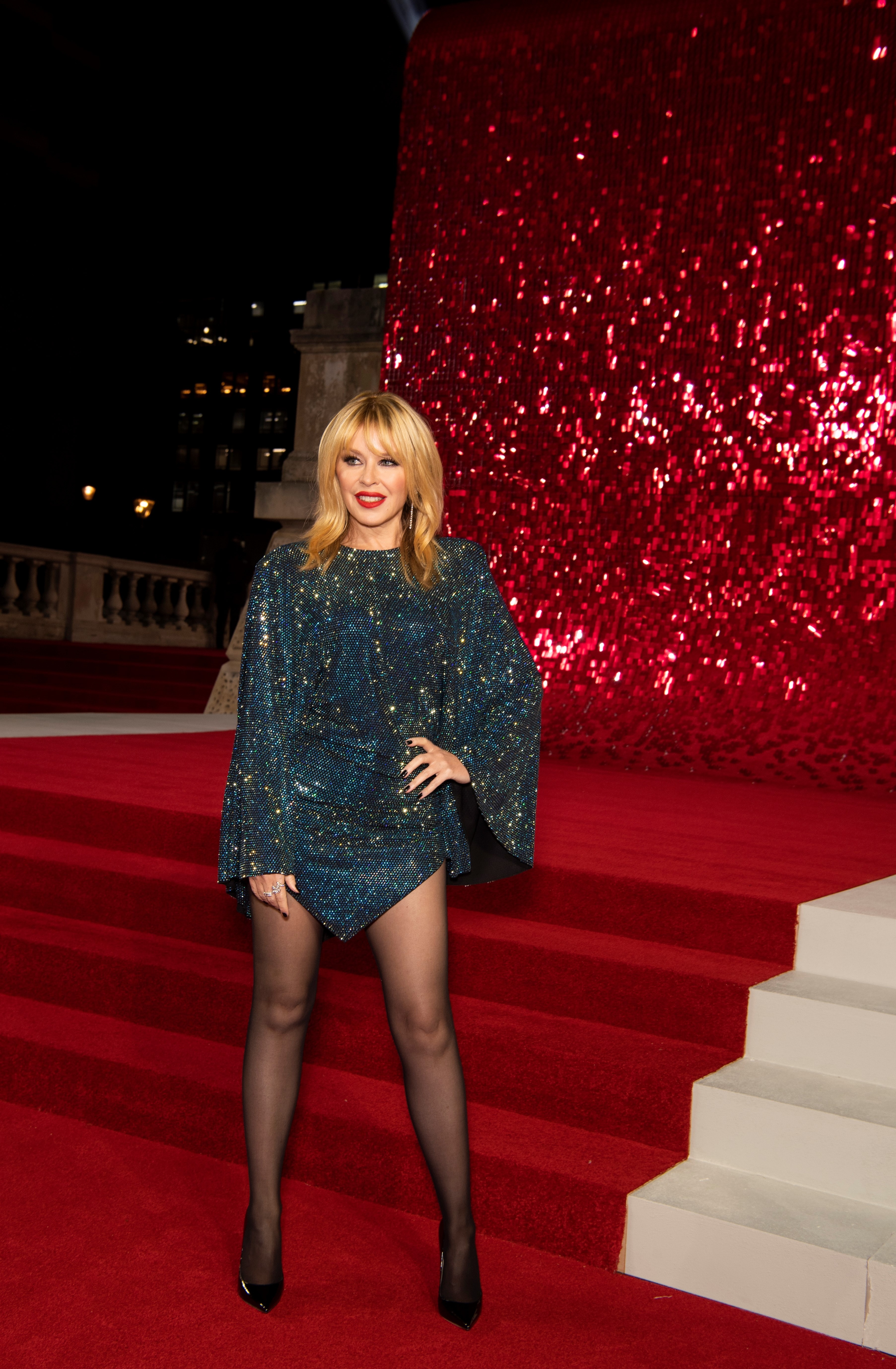 Minogue wowed at The Fashion Awards at the Royal Albert Hall on Monday nightCredit: Getty

In the photo that was uploaded to his nine million followers, the two can be seen with their arm around one another.

Lingard was pictured in his Red Devils tracksuit, while Minogue, 53, opted for a casual look wearing a black top, jumper and jeans.

Minogue didn’t put any images of the duo on her social media accounts, as she instead shared a picture of her in a black floral jumpsuit for The Fashion Awards.

Former West Ham loanee Lingard is facing an uncertain future at Old Trafford with the player in the final year of his contract.

SunSport have exclusively revealed how United are willing to offload him in January for just £10million to avoid losing him on a free transfer.

That is just months after pricing the Hammers out of a move after demanding £25m for the England international in the summer.

And David Moyes’ side are keen on bringing him back to the London Stadium in the New Year.

Prior to his dismissal at the Theatre of Dreams, Ole Gunnar Solskjaer revealed that Lingard is unhappy with his lack of action.

He hasn’t started in any of United’s 13 Premier League games having falling down the pecking order.

“But with regards to contract situations, I’ve not been in the talks very closely, so for me Jesse’s still a big, important part of this squad.

“He gives energy and quality to the group every day.”