EDINSON CAVANI wanted a move to Old Trafford six years ago. So, better late than never.

But Manchester United could have been a very different place today had the club signed the Uruguayan international in 2014. 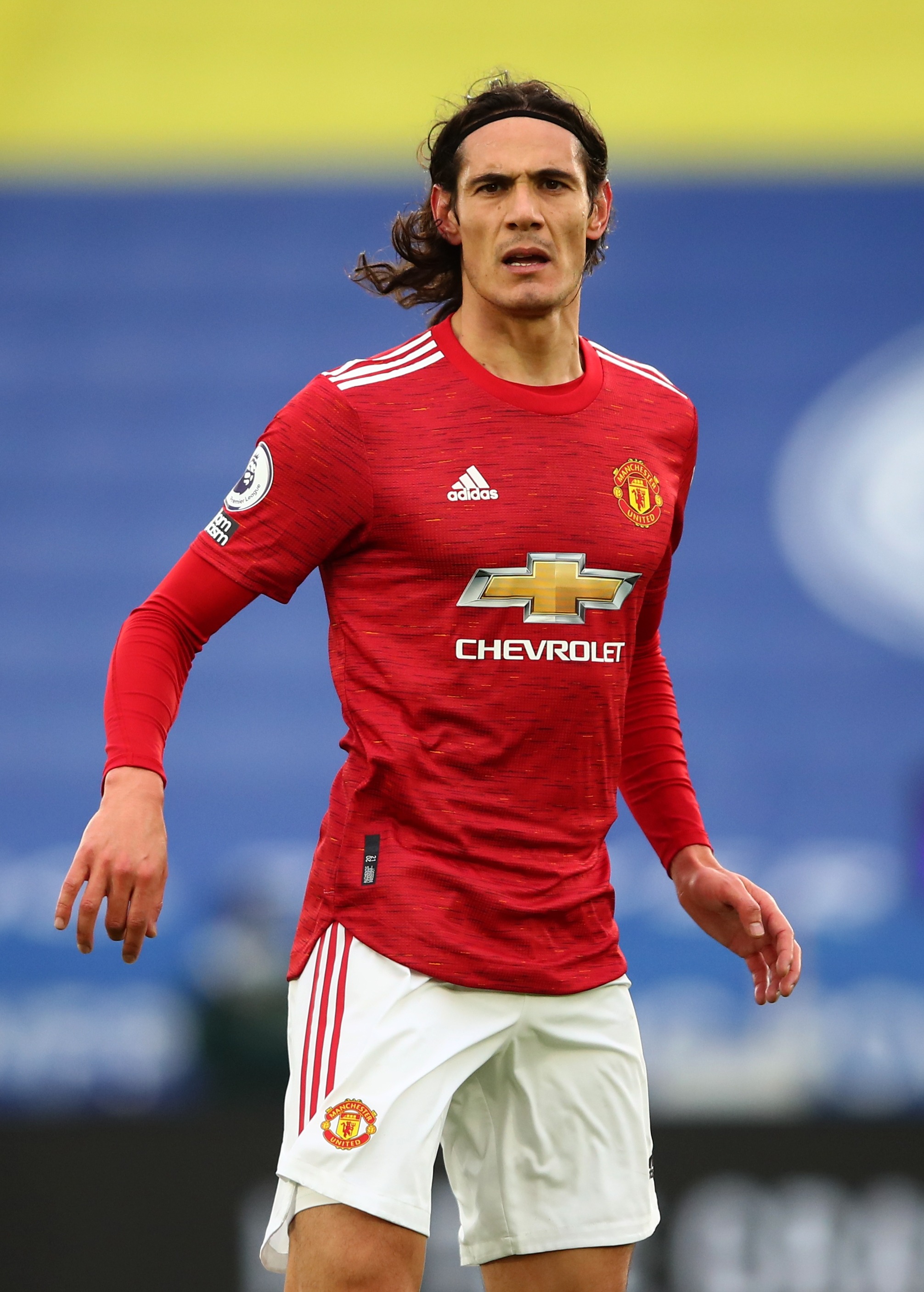 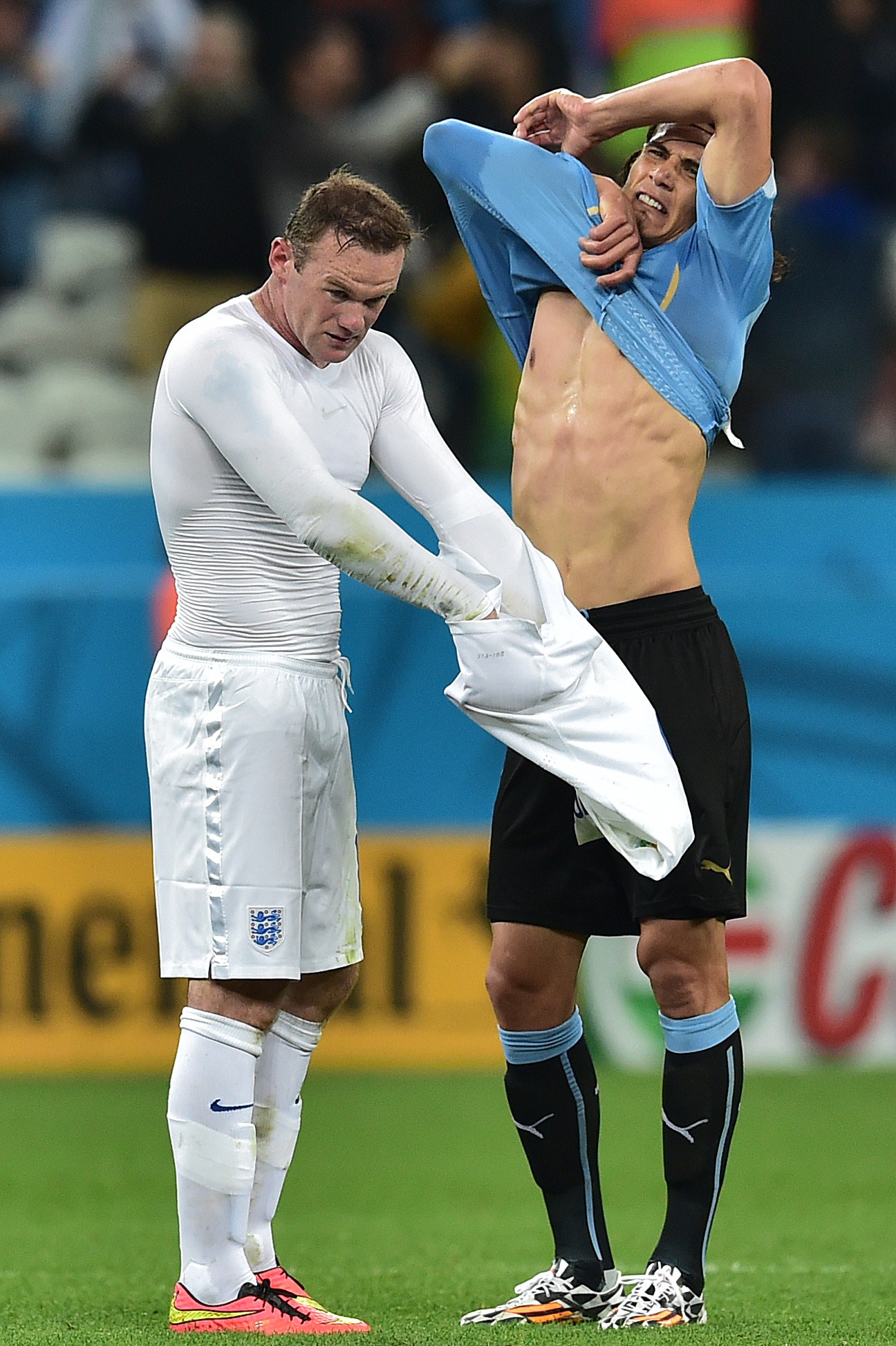 Cavani told Wayne Rooney in 2014 he was hoping to become a Red DevilCredit: AFP – Getty 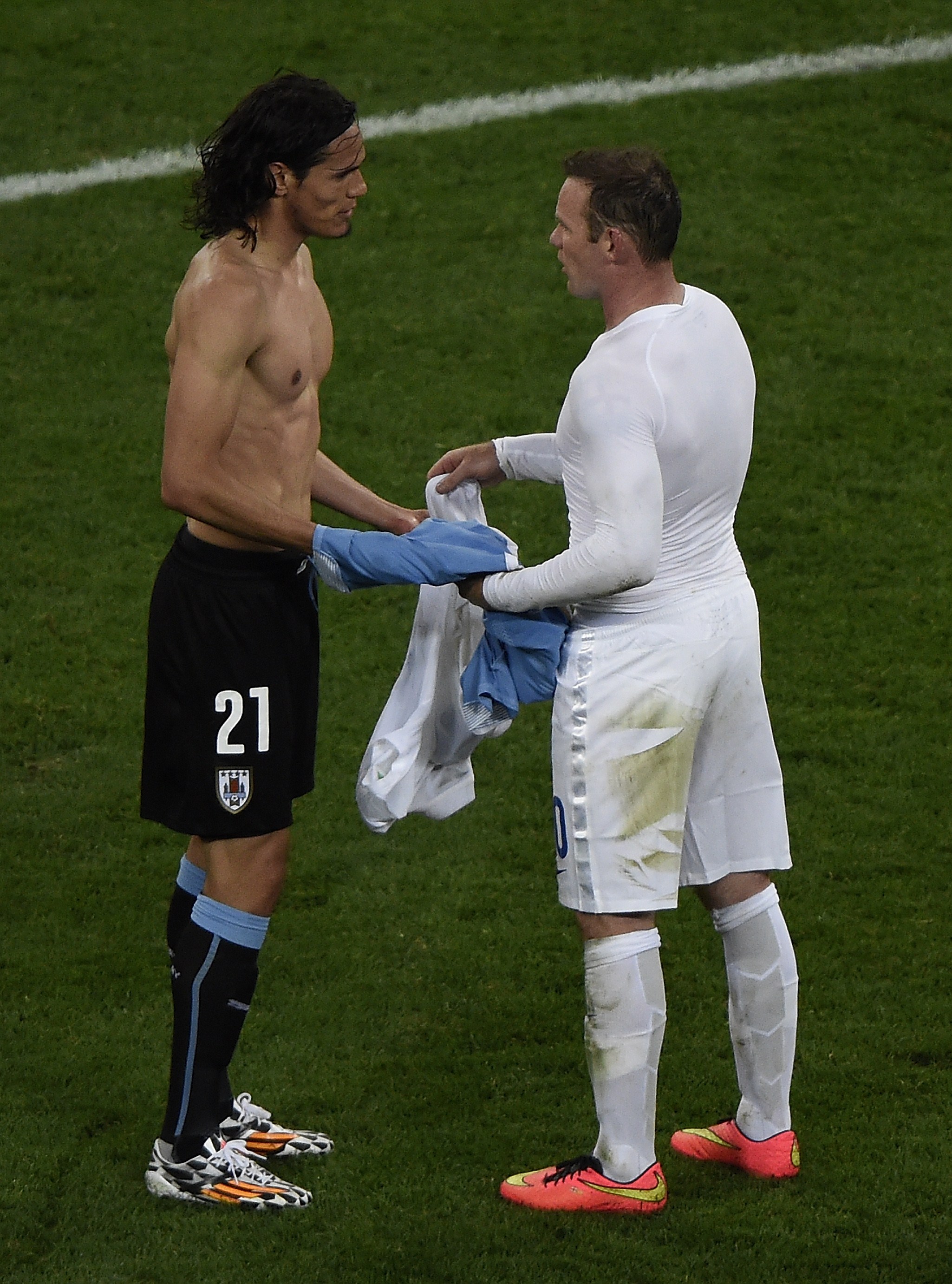 Cavani has now made 13 appearances for Ole Gunnar Solskjaer’s side since arriving on a free transfer.

This latest 15-minute cameo as a substitute on Saturday was not only impressive but proof that the 33-year-old is fiercely determined — and more than capable — of making a significant impact on the Premier League this year.

SunSport can reveal that as he swapped shirts with Wayne Rooney after England’s 2-1 loss to Uruguay at the 2014 World Cup in Brazil — with Luis Suarez scoring twice — Cavani confirmed to his opponent he was hoping to seal a transfer from Paris Saint-Germain to United.

Cavani was confident of becoming a club team-mate of Rooney but it seems United were not quite as keen to seal the deal as the player himself.

With United not taking up the offer from Cavani’s agents — and PSG would have expected some serious cash — the player remained in the French capital where he continued to collect many pieces of silverware.

Cavani, without doubt, would have made United a tougher, more fearsome prospect, particularly in later seasons under Jose Mourinho, who claimed his biggest success was finishing second.

Under Solskjaer, the player who urged the club to give him the famous No7 shirt is making up for lost time.

Out of respect to another of his former clubs, Napoli, Cavani did not even consider the approaches of both Juventus and Inter Milan last summer.

While some English fans expected an over-the-hill mercenary to arrive in Manchester, Cavani is full of energy but also experience and has added an extra dimension to United’s attack. He is exactly what they have needed.

Despite banking colossal wages of £200,000 a week, as he arrived without a fee, you could argue Cavani is a relative bargain.

Having returned from injury and played the full 90 minutes in the 2-0 Carabao Cup win at Everton, Cavani was given a breather back on the bench in the East Midlands.

With the scores level at 1-1, Cavani replaced Anthony Martial in the 75th minute. Within seconds he had chased down Leicester keeper Kasper Schmeichel, blocked his poor pass and then held off a challenge from the impressive Wesley Fofana before bringing Luke Shaw into play.

And no sooner had Cavani put himself about, he then made space for himself to create the perfect pass for Bruno Fernandes to score what should have been the winner.

Yet Leicester earned a deserved point after Jamie Vardy’s shot deflected into the net off Axel Tuanzebe.

In the first half, Foxes midfielder Harvey Barnes delivered a decent finish after Marcus Rashford had put United ahead with his 50th Premier League goal.

In contrast, Cavani has struck 345 club goals in 569 appearances and you would expect him to add to this tally for United — possibly against Wolves on Tuesday.

It would be a surprise if Solskjaer does not restore him to the team and the Red Devils are going to sorely miss him when his suspension kicks in early in the New Year.

Cavani is set for a three-match ban after being charged for his ‘negrito’ social media comment.

Cavani has also impressed United’s players and staff with his attitude and workrate. He has certainly adapted quicker to English football than many expected.

Equally, his presence can only be seen as a good example, particularly to the younger players such as Mason Greenwood, 19, who need a mentor.

Although he arrived on a one-year deal, there is a second option for Cavani.

And at this stage, it seems unthinkable that United would not trigger the clause.

Because Cavani, who spent seven years in France, appears to be the type of player who craves footballing success and over the last few seasons, the Old Trafford outfit could have done with a few more of these type of players.

Certainly going forward, with £55million Fernandes also proving to be one of their best buys in years.

For United though, who have definitely improved compared to 12 months ago, the problems remain at the back.

And if Cavani is to win some trophies in Manchester, he needs United’s bosses to ensure they get all the recruitment right. Something they failed to do in 2014.