Thomas Tuchel claimed that his side were dropping points because of ’90 per cent intensity’ in his pre-match programme notes.

Thomas Tuchel was left relieved at the final whistleCredit: AFP

And he was left furious as his under-par side nearly surrendered yet another lead, this time to an injury-ravaged Leeds United.

But the Blues were able to steal a stoppage-time winner, courtesy of Jorginho from the penalty spot.

Here’s how SunSport’s Etienne Fermie rated each performer on the day.

Excellent save to keep out Raphinha’s 20th minute free-kick.

Was powerless to keep out the Brazilian’s penalty but would deny him one-on-one in the 64th minute, before comfortably saving a Tyler Roberts effort moments later. 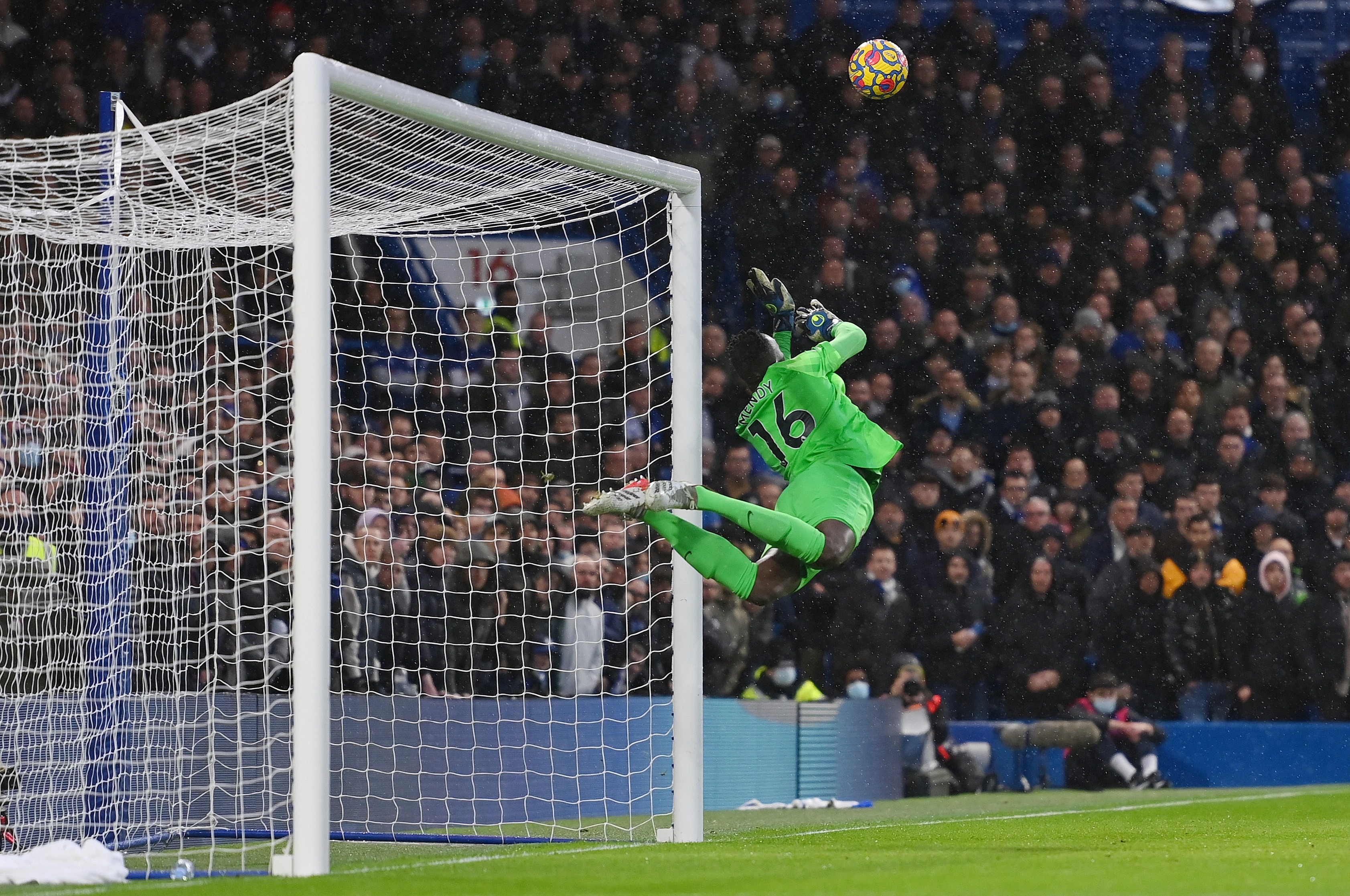 Edouard Mendy soars through the sky to save Raphinha’s free-kickCredit: Getty

Spaniard delivered a no-nonsense display at the back for the Blues.

The skipper tried to burst forward at times, but like the rest of his team struggled to create much before being replaced by Andreas Christensen.

Brazilian received instructions from Thomas Tuchel on the touchline mid-match, and is the German’s trusted lieutenant on the pitch to carry out his instructions.

Flashed a shot wide after a brilliant bursting run late on. 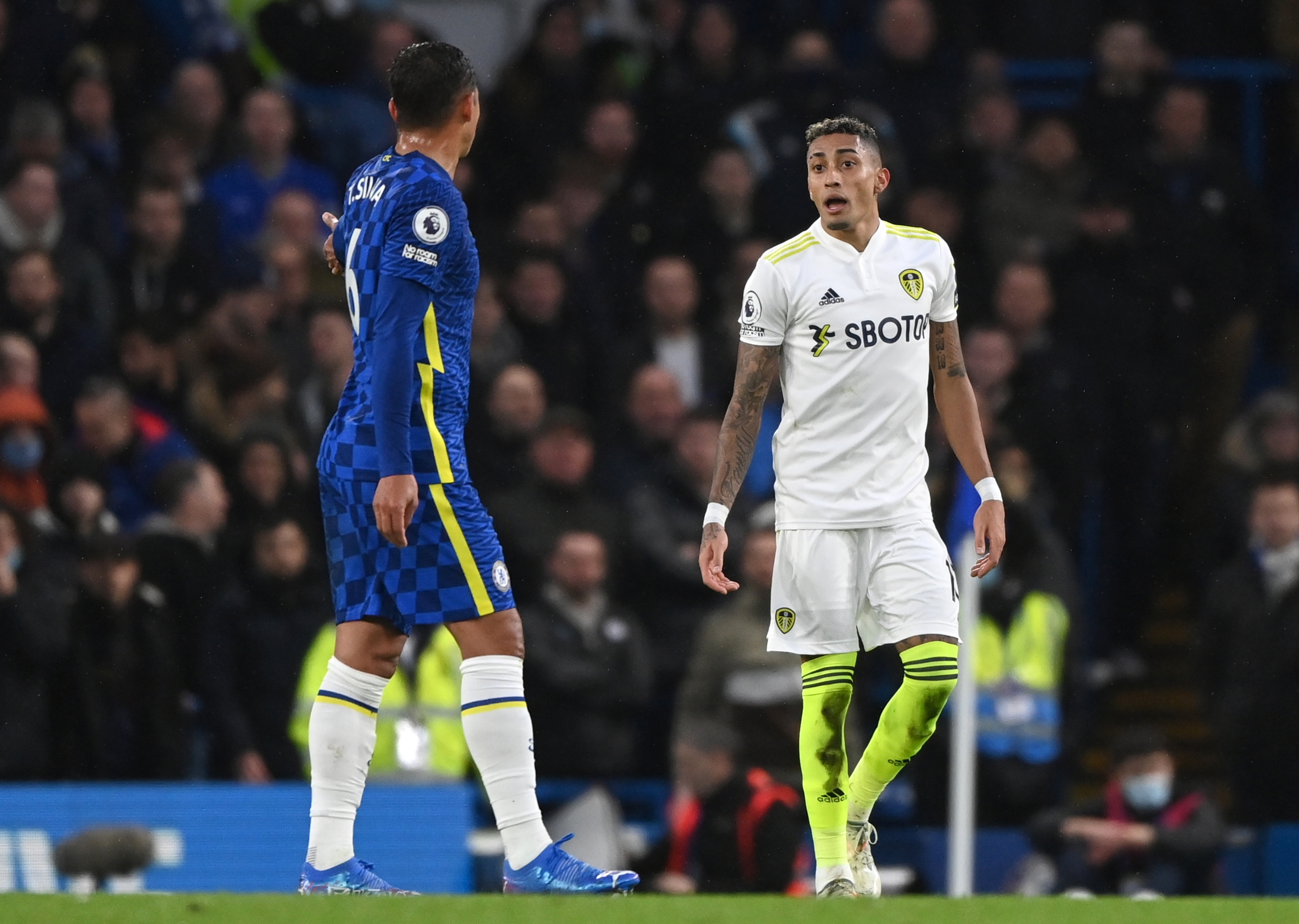 Brazilian veteran has a word with his international team-mateCredit: EPA

Wanted a penalty after being brought down by a firm Raphinha tackle in the second half, and was subsequently awarded one following a VAR check.

The German provided plenty of trademark bustling runs forward, when he got impatient with the ponderous midfielders in front of him.

Remarkably brought down again in stoppage time, being fouled from behind by Mateusz Klich. Was involved in a heated bust-up with Junior Firpo at the final whistle.

After an early cut-back forced a sharp intervention by Illan Meslier, James then tried to catch the Frenchman out with a direct free-kick from range.

Deservedly shown a yellow card for a horribly mistimed first-half challenge on Dan James, which could easily have been a red. Influence faded as the game wore on. 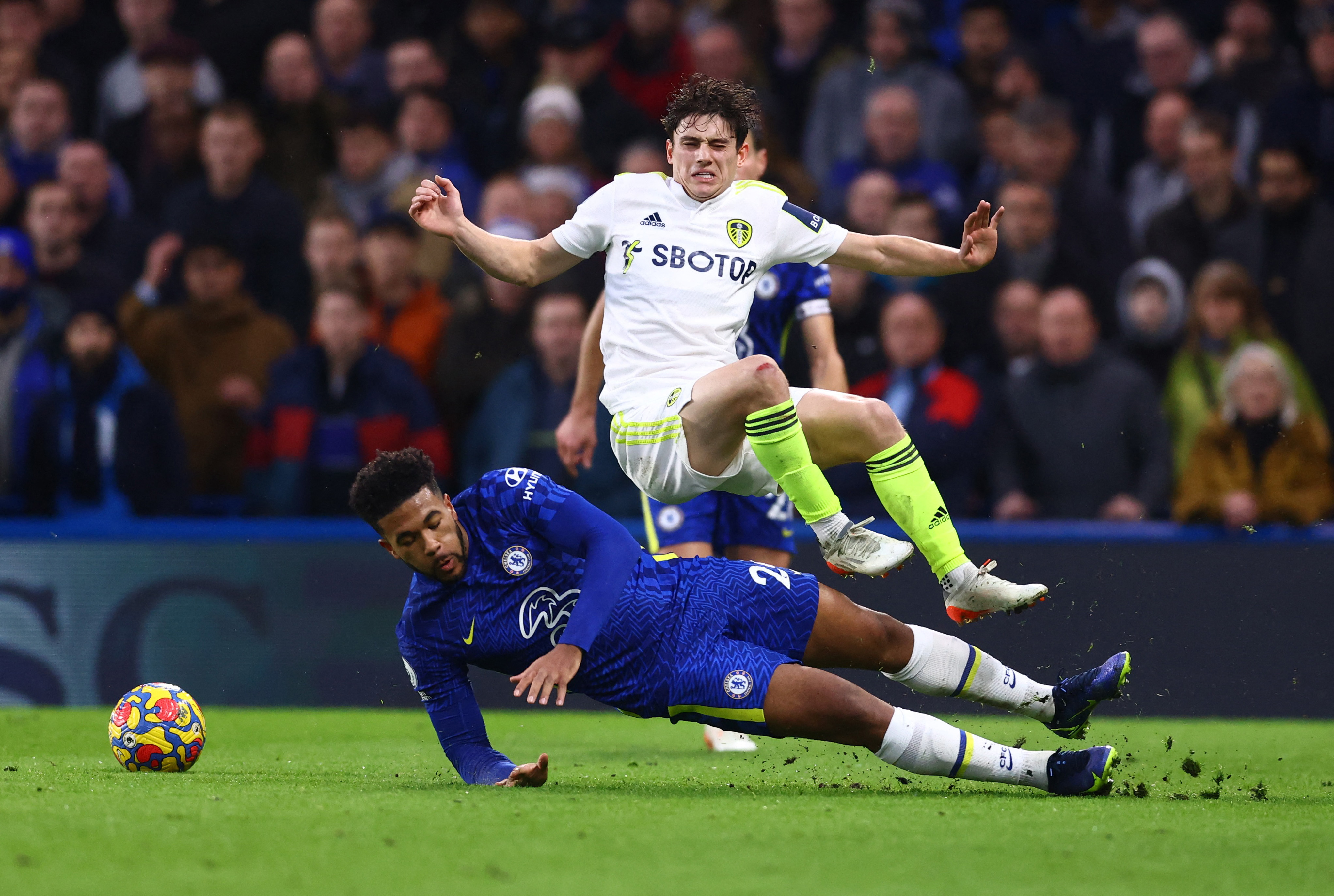 Caused uproar in the stands when he overhit a simple pass to the right flank immediately after Leeds’ opener, the former England star struggled to replicate N’Golo Kante or Mateo Kovacic’s influence.

The Blues would benefit from the returns of N’Golo Kante and Mayto Kovacic.

Provided a terrific pass to set up a one-on-one for Havertz on the stroke of half-time.

Sent Meslier the wrong way to convert from the penalty spot. Often pointed and spluttered at his team-mates but the Blues could do with the drive that crocked pair Kante or Kovacic provide ASAP.

Italian had the final say, however, sending Meslier the wrong way with a last minute penalty to win the match. 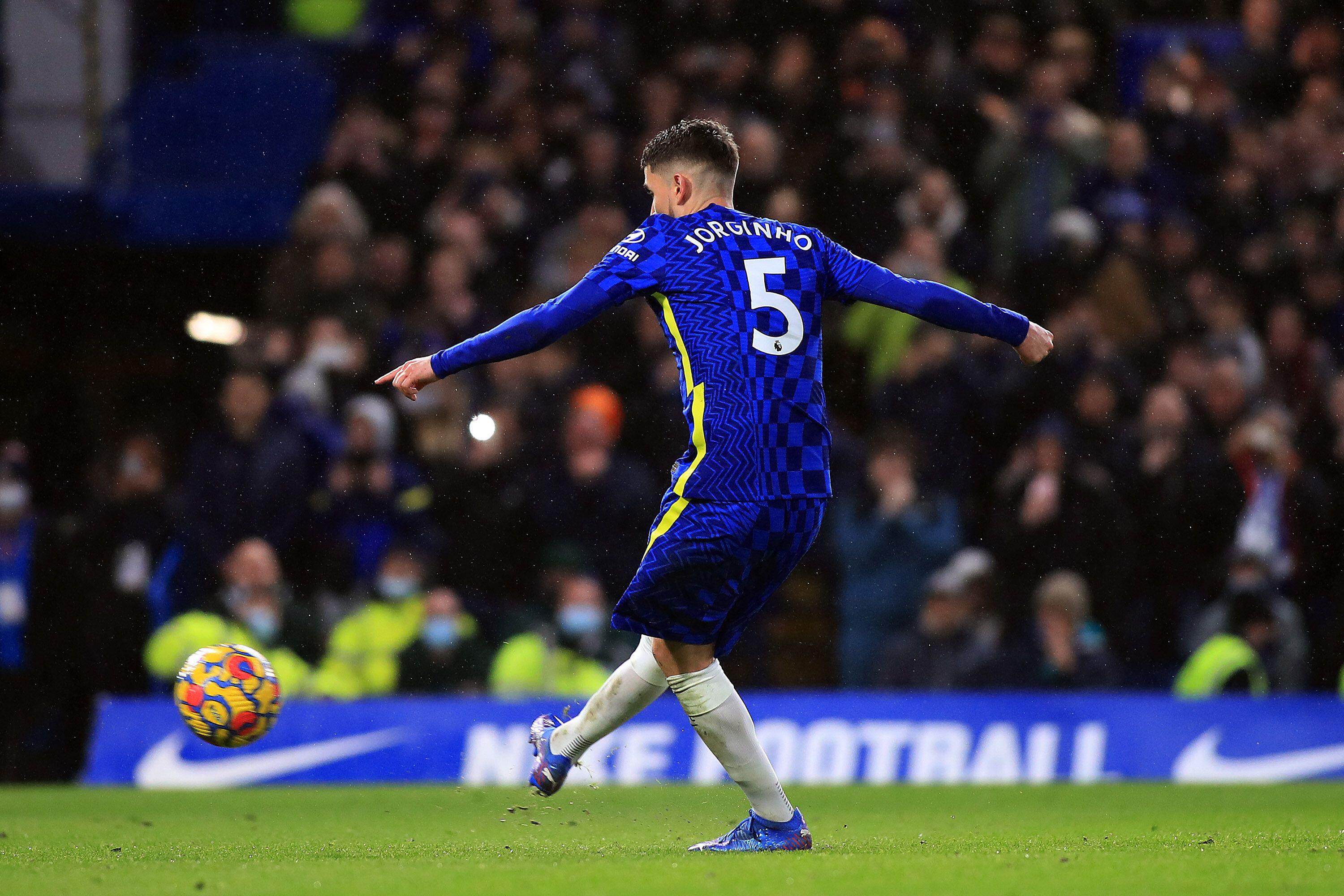 Clumsily brought down Dan James in the 26th minute to concede a spot kick after the Welshman nipped in ahead of him, with Raphinha converting past Mendy.

Provided an excellent delivery for Mason Mount’s equaliser, before goading Leeds fans that had been giving him stick. Spaniard then whipped a free-kick just over the crossbar moments later.

Alonso’s brilliant left-foot gets him out of jail but his lack of mobility down the left flank in comparison to Ben Chilwell hurts Chelsea’s general play. 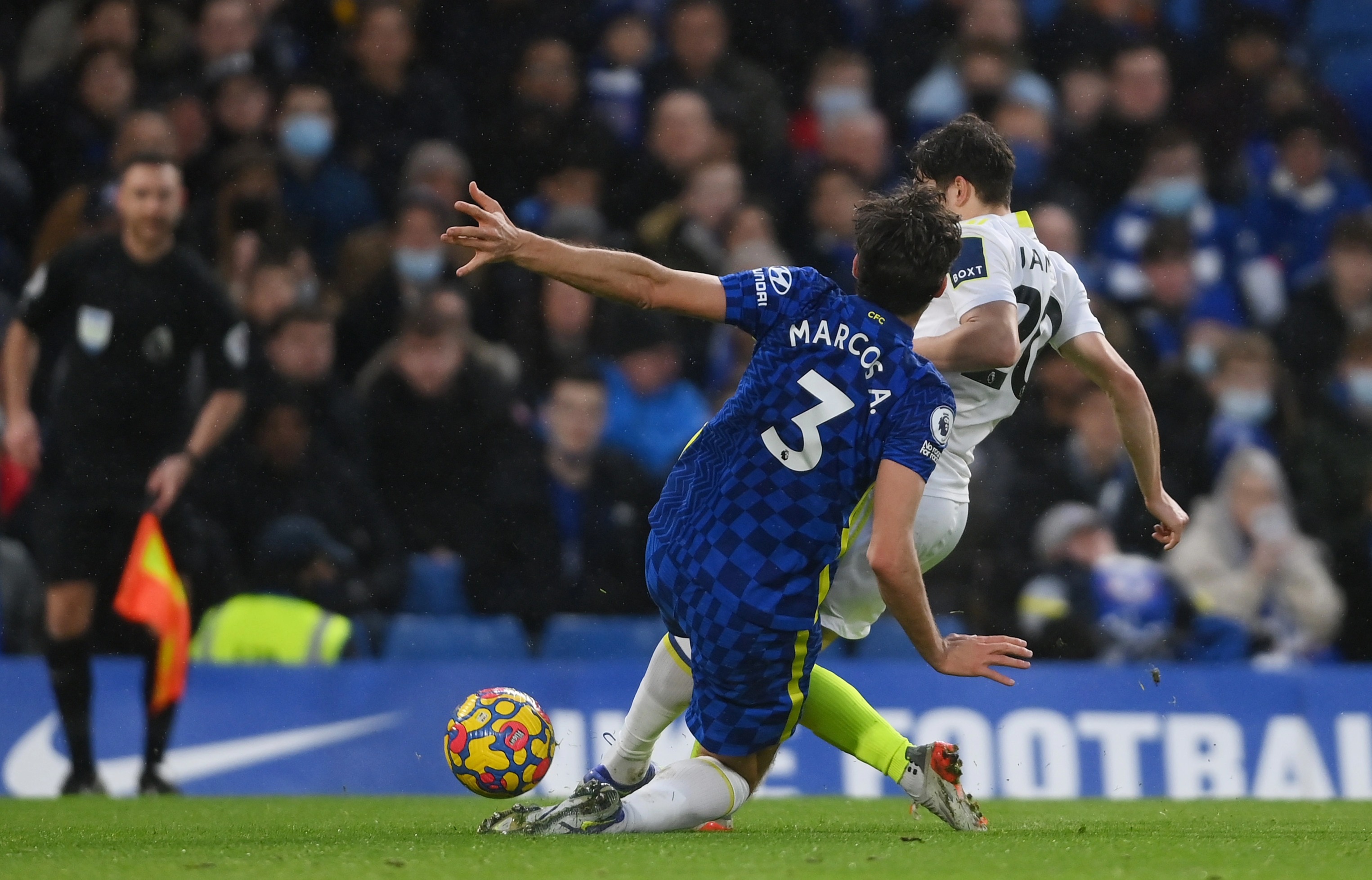 Curled a tame left-footed effort into Meslier’s arms early on.

Arrowed a low effort beyond the Leeds keeper to equalise on the stroke of half-time, after the stopper had gambled on a cross swinging in to the far post, rather than a cut-back to the near. 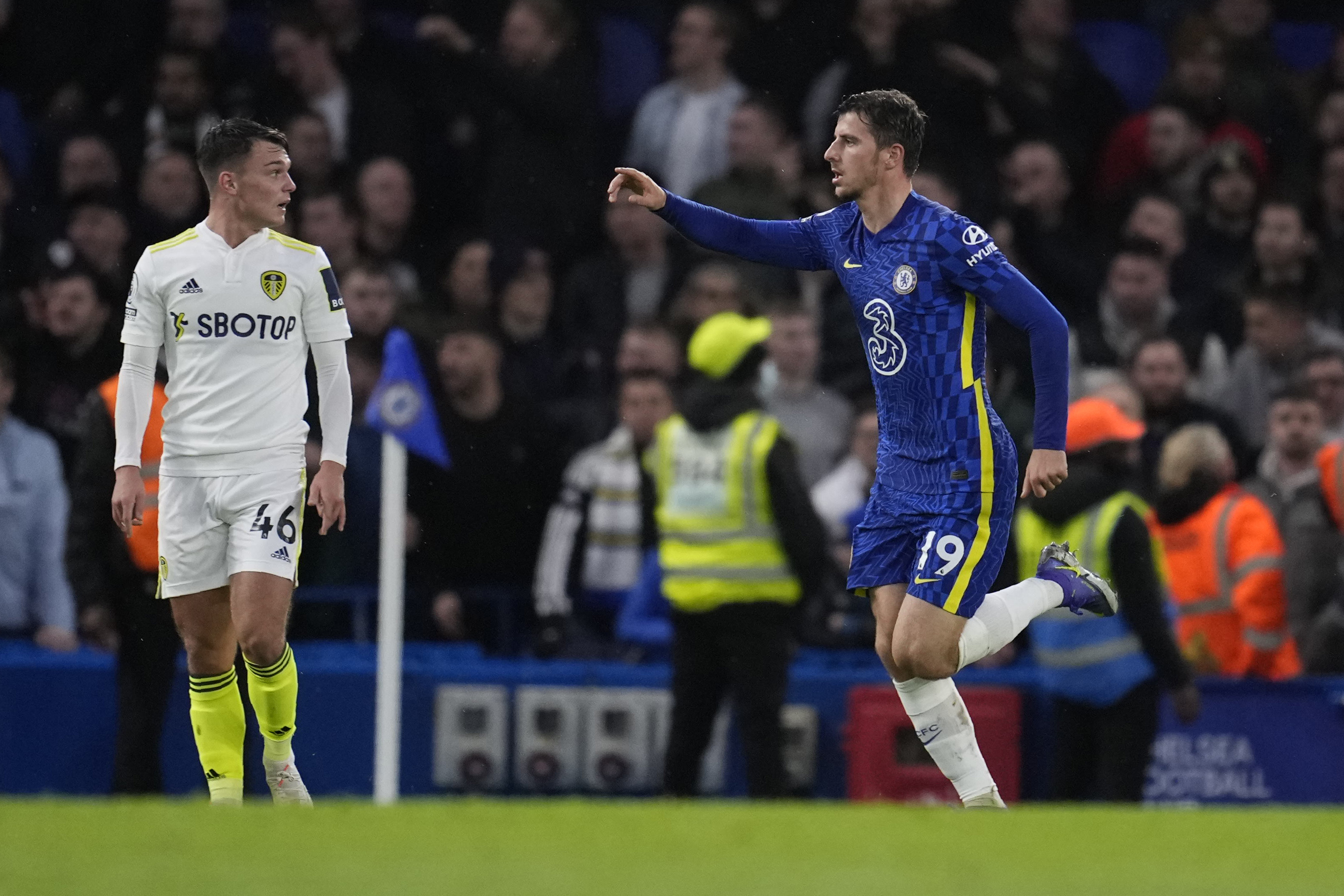 Spurned a great chance in first-half stoppage time, being denied when one-on-one with Meslier.

German struggled to get into the game, although showed glimpses of quality.

Fresh from his two-goal performance against Zenit in mid-week, Timo Werner was unable to conjure any magic on his return to domestic duty.

An early cut-back caught by Meslier was about as good as it got for the German.

Struggled to make an impact off the bench.

Caught out by a run in-behind in the build-up to Joe Gelhardt’s dramatic equaliser.

Not enough time to make much of an impact.