MATT CROOKS was the hero as he headed Middlesbrough to a late comeback victory against Reading.

It was the third straight game that Chris Wilder’s side had grabbed the win in additional time and stretched their unbeaten run to seven.

Andy Carroll thought he had earned three crucial points for the RoyalsCredit: Rex 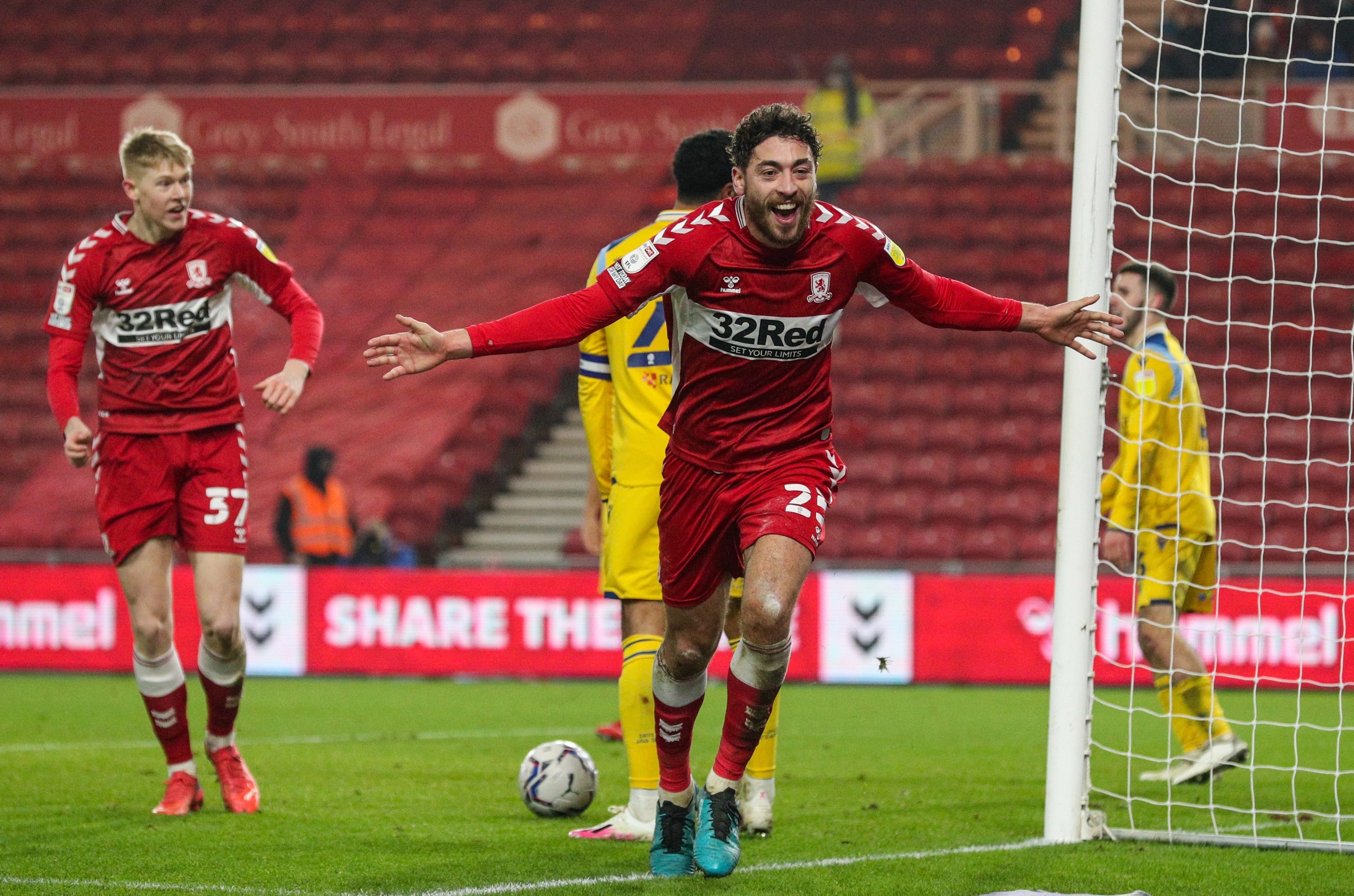 Andy Carroll thought he had won it for the Royals on potentially his last appearance for them with the opener on 68 minutes.

The towering frontman, 33, is now a free agent after his short-term deal with the Royals expired and Burnley are considering a move.

But Reading were denied as Crooks levelled late on before he grabbed the winner in the 95th-minute as Boro’s play-off push continued.

Wilder said: “I 100 per cent would like a comfortable afternoon but this is the Championship and it doesn’t work that way.

“The introduction of the subs and the quality of the bench now to what it was gave us the opportunity to get back into the game and find a winner.”

Fresh from being mauled 7-0 by Fulham, the visitors frustrated Boro and had the first opportunity as Junior Hoilett fired wide.

Boro skipper Jonny Howson’s long-ranger was almost deflected in then calamity nearly struck for the Royals.

Andraz Sporar’s effort cannoned off Luke Southwood and then hit Josh Laurent before striking the inside of the post.

The Brighton loanee missed out twice more before the break then Reading wanted a penalty after Laurent appeared to be impeded by Anfernee Dijksteel.

Chris Wilder introduced new signing Folarin Balogun from the bench but within seconds they were behind.

Tom Dele-Bashiru’s deep cross led to Carroll rising above Paddy McNair and Neil Taylor to head into the far corner.

Crooks then sliced wide but Southwood was powerless to stop him heading home from Marcus Tavernier’s cross with six minutes to go.

Then with just seconds remaining, he powered another header from Jones’ ball past Southwood to spark wild celebrations and leave Reading deep in trouble.

On Carroll, Royals boss Veljko Paunovic said: “It’s a technical issue in terms of his contract expiring today but that doesn’t mean that he’ll leave.

“His performances in his time with us will bring him opportunities but in my conversation with him I only felt that there’s a desire from his end to remain with us.

“It’s also a football opportunity for him but hopefully he stays.”