MAURO ICARDI ‘has made four demands of his wife Wanda Nara if he is to return to Paris Saint-Germain’, according to sensational reports in Argentina. 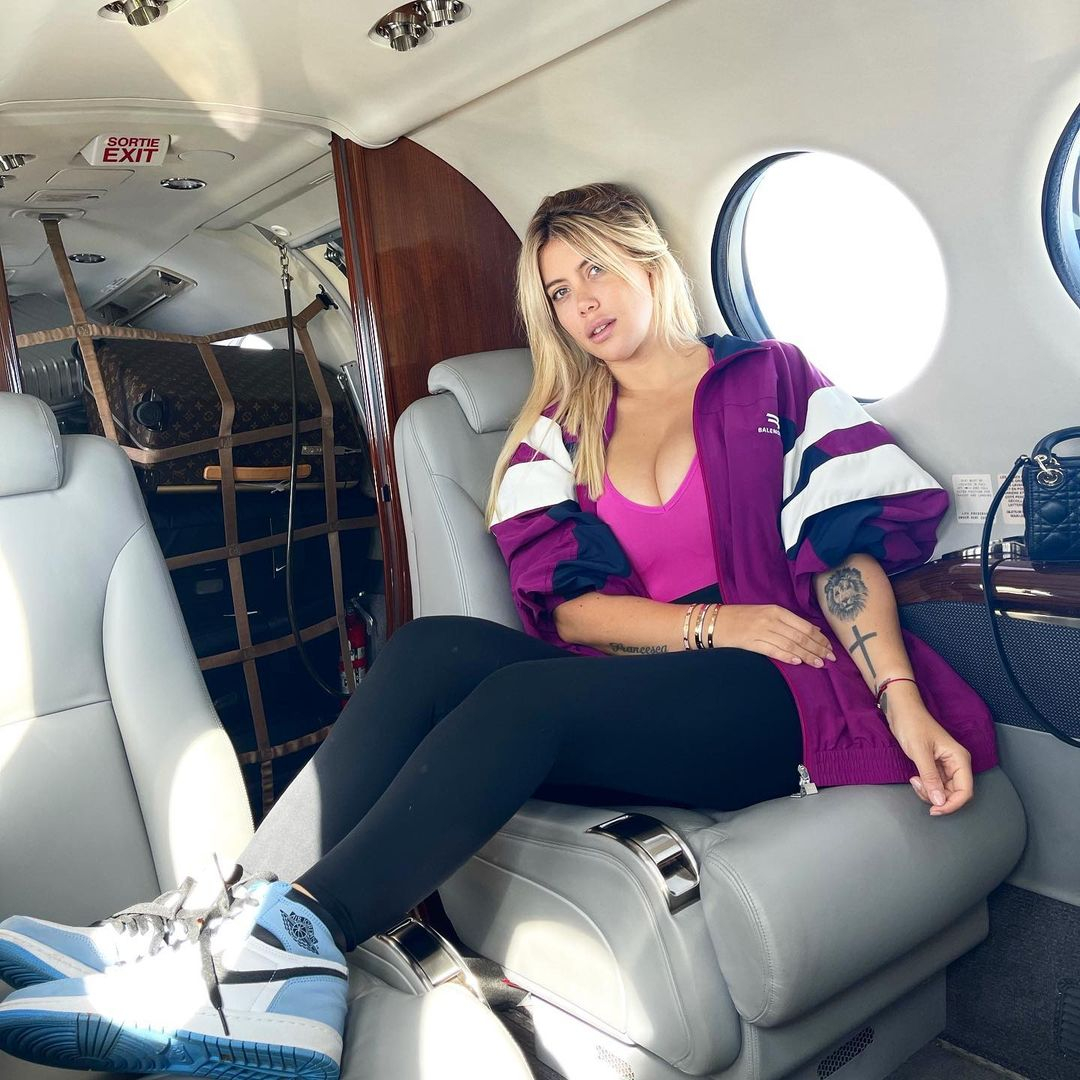 Icardi allegedly doesn’t want wife Wanda to fly out on her own anymoreCredit: Instagram @wanda_icardi

The couple have been rocked with allegations that the footballer had an affair with Argentinian model Maria Eugenia Suarez.

She has effectively confirmed she was the ‘third woman’ in the relationship by insisting: “What occurred is a situation I didn’t start, I didn’t encourage and I didn’t provoke.”

No one is alleging Icardi has slept with Suarez, but the couple are said to have talked in private on Telegram and swapped videos and audio messages.

Now, according to Argentine journalist Yanina Latorre, speaking on TV show Los Angeles de la Manana, Icardi is ready to return to Paris – but has conditions for Wanda to agree to.

As reported by AS, the 28-year-old wants her to close her social media accounts.

But not before she posts a photo of the entire family ‘to silence the rumours’. 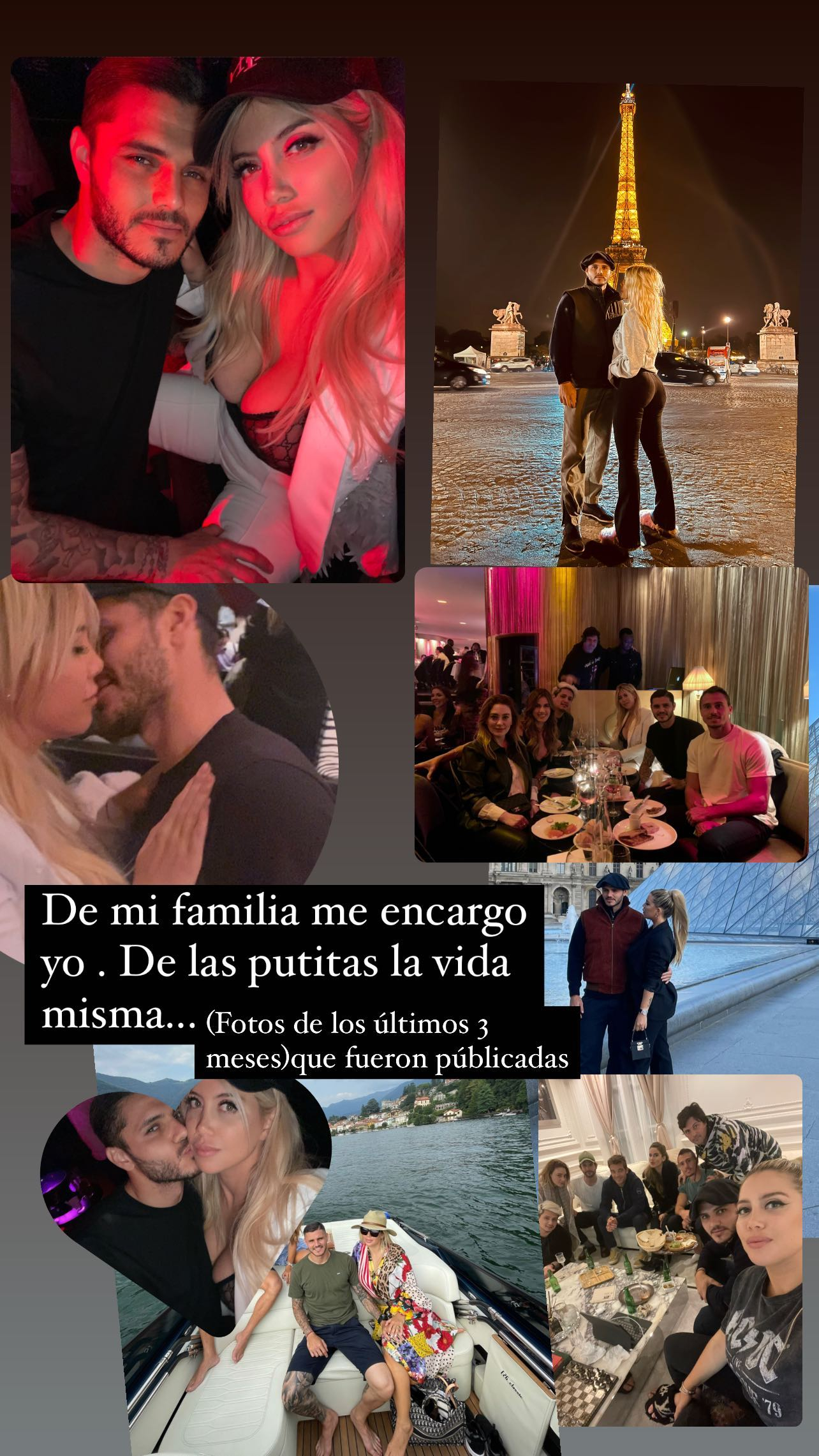 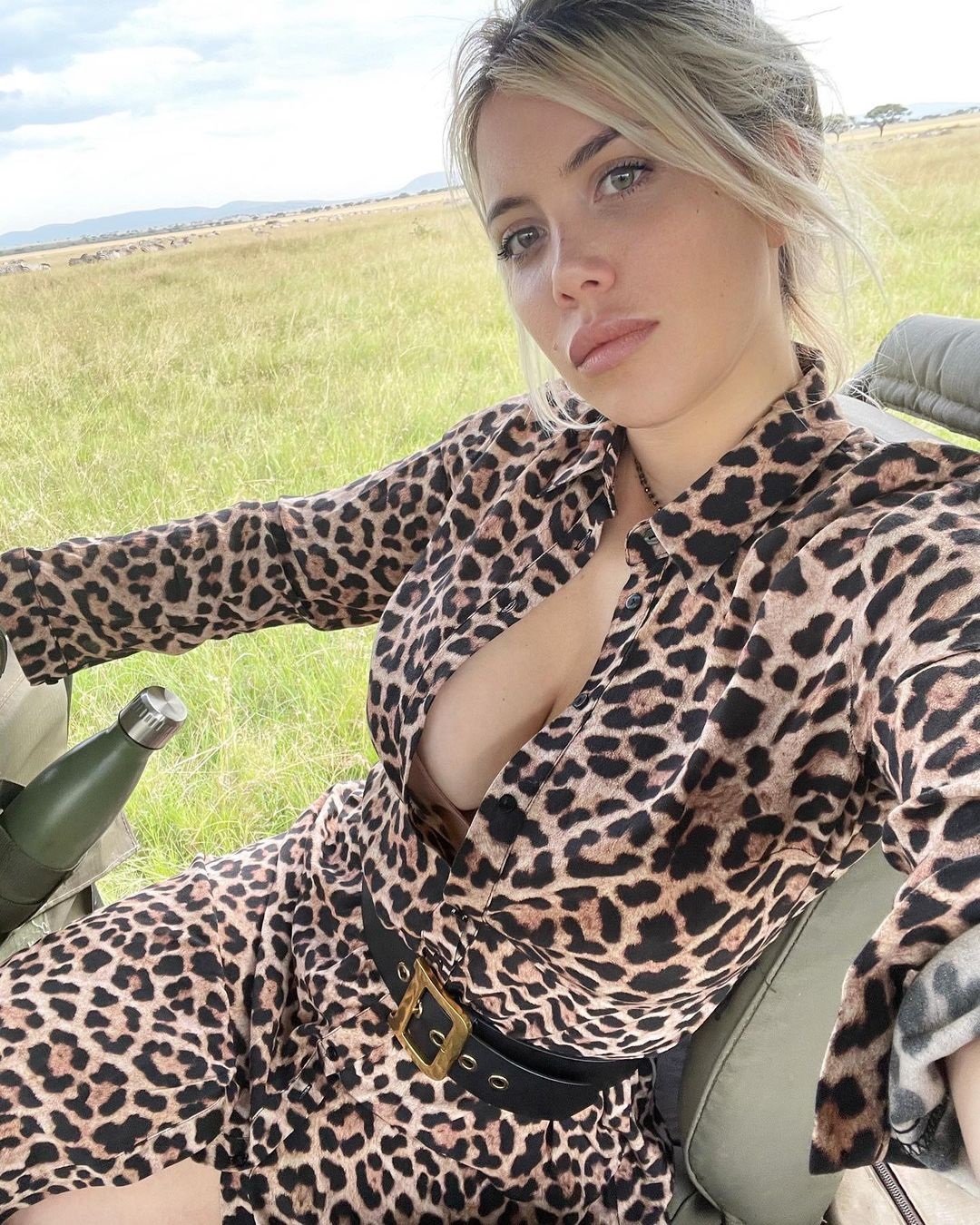 Nara has blasted the other woman at the centre of the cheating allegations as a ‘bitch’Credit: Instagram / @wanda_icardi

Wanda has more than nine million followers on Instagram.

Icardi reportedly also wants his wife to work exclusively as his agent and not take on any more jobs.

And the fourth demand is reportedly that she does not fly out on his private jet without him.

The stunning 34-year-old flew out to Milan when the allegations of her husband’s unfaithfulness were revealed.

But it appears the couple are attempting to reconcile after Wanda posted an Instagram Story with a photo collage of snaps showing her kissing and cuddling the footballer including one taken in front of the Eiffel Tower.

She wrote in an astonishing put-down which left her Instagram followers in no doubt she was referring to Suarez: “I’ll look after my family. Life itself will take care of the little “bitches.”

Wanda, previously married to Icardi’s former team-mate Maxi Lopez, went public with her marriage problems by writing on Instagram Stories at the weekend: “Another family that you have ruined for a s**g” before unfollowing Icardi on social media.

She sensationally confessed she had split from the father of two of her five children in an Instagram screen grab shared by a friend before flying to Milan from their home in Paris.

Unconfirmed reports in Argentina claim the frontman, who had been linked in recent days to Newcastle following the Saudi buyout, had told his wife he was willing to give up football if it meant saving his marriage. 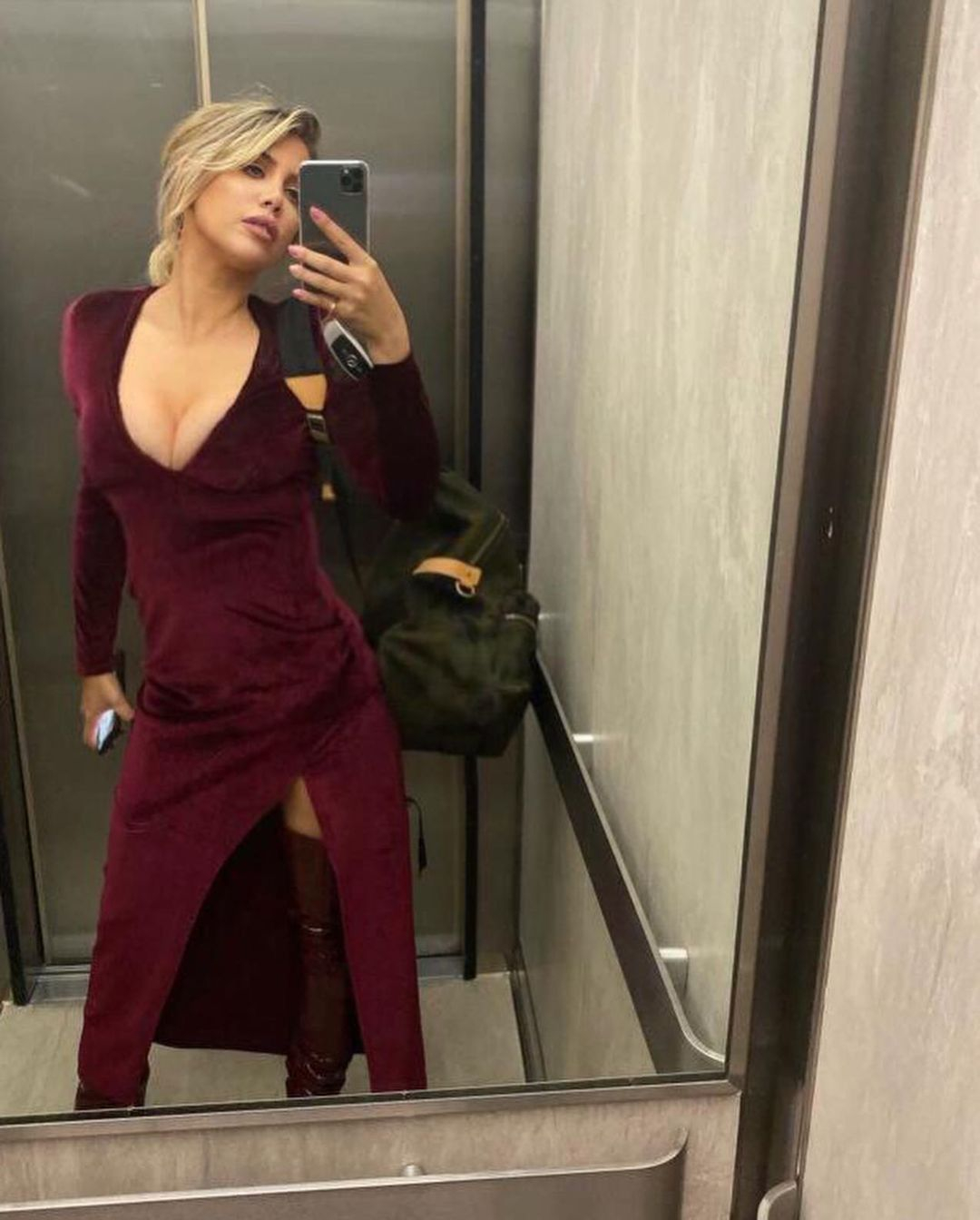 Nara acts as Icardi’s agent – and reportedly he wants her to ONLY do that for workCredit: Instagram / @wanda_icardi 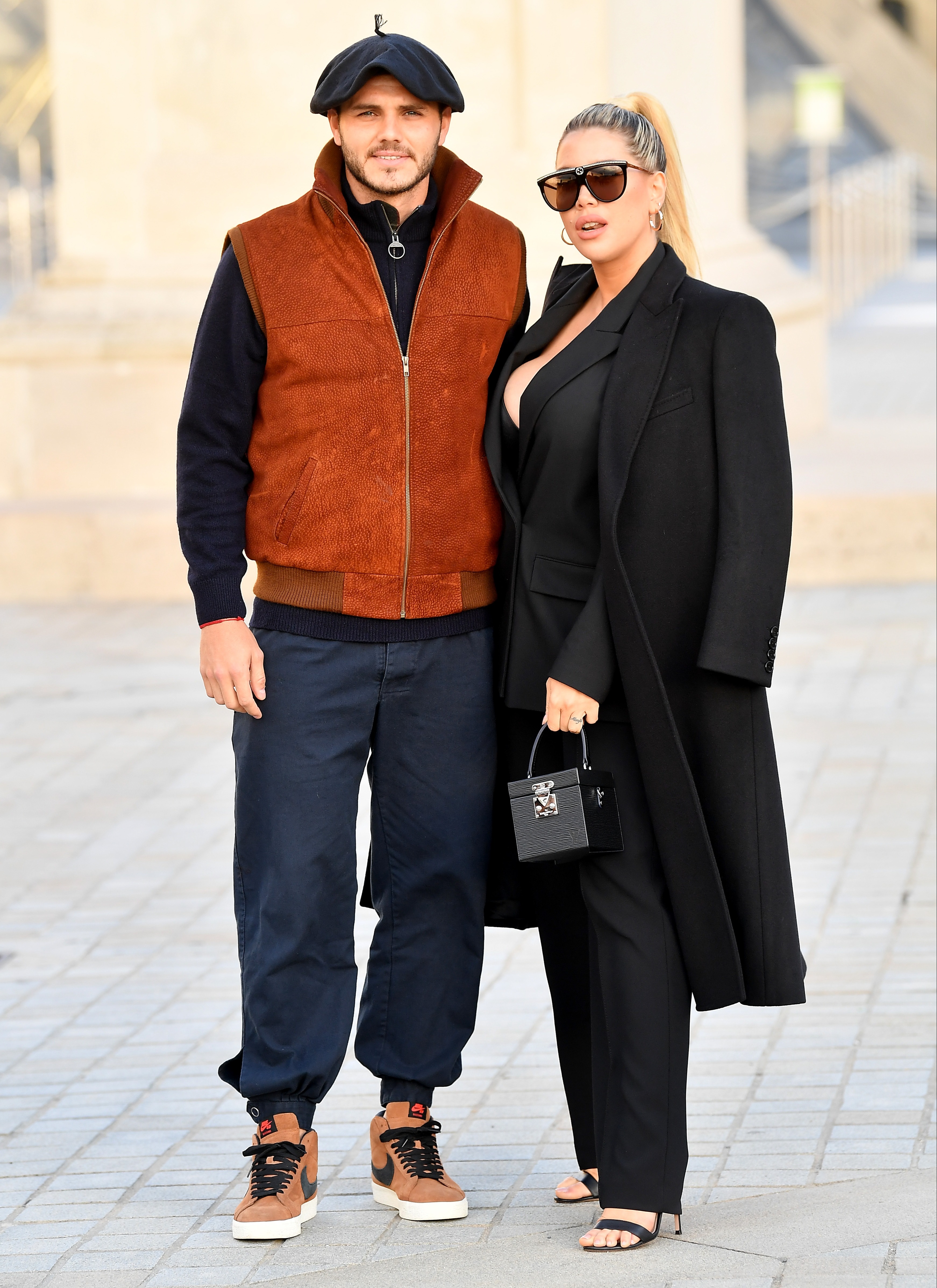 The couple appear to be back together after the shocking allegationsCredit: Getty