MESUT OZIL has touched down in Turkey to complete his switch to Fenerbahce.

The Arsenal outcast jetted to Istanbul on Sunday after he was given permission to sign for the Super Lig club on a free transfer. 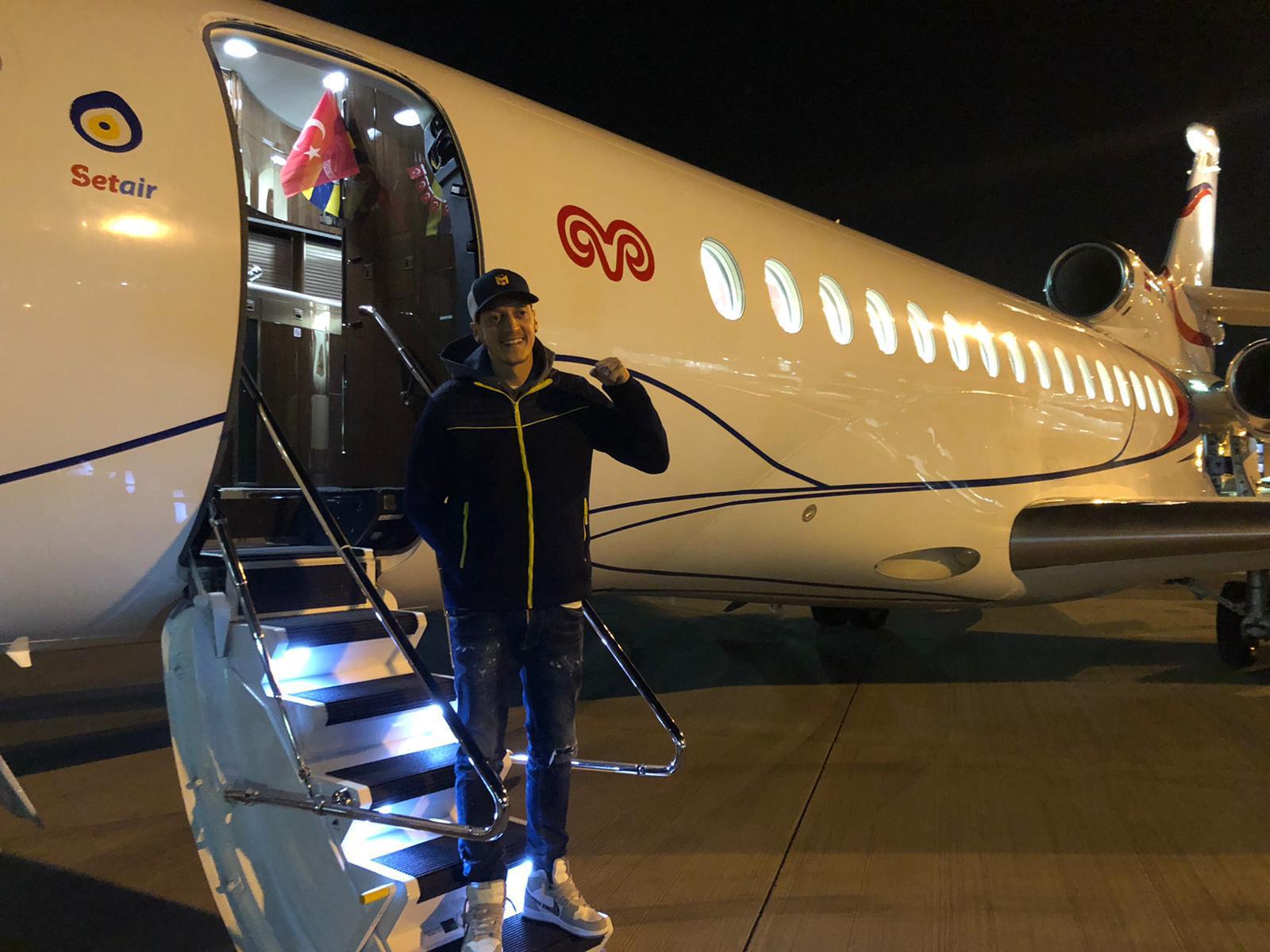 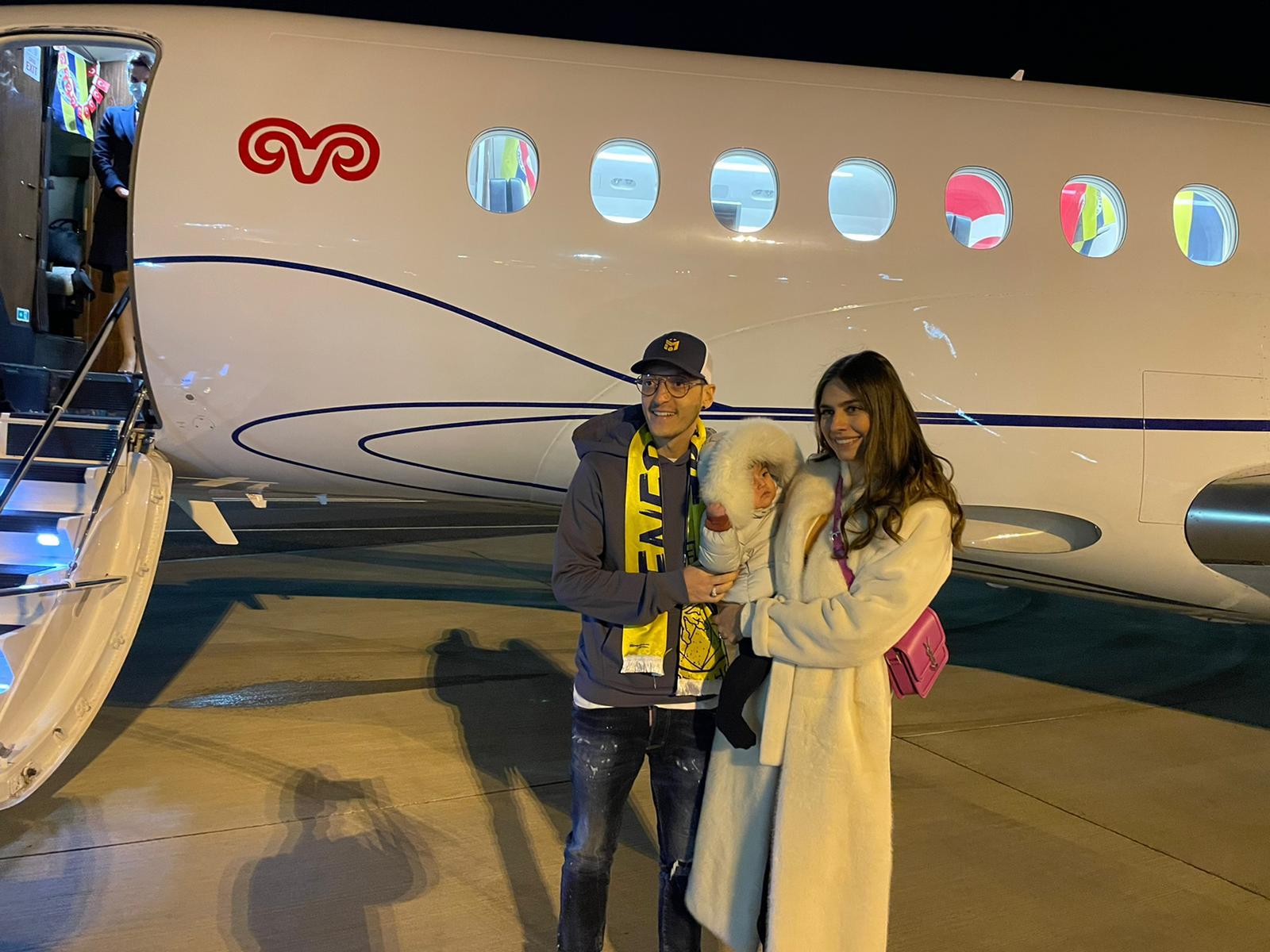 Fenerbahce uploaded pictures of the 32-year-old stepping off a private jet alongside the caption: “Our club is bringing Mesut Ozil to Istanbul to continue the transfer process.”

Ozil also showed off a picture inside the plane alongside wife Amine Gulse and their daughter, Eda.

Earlier in the weekend, Arsenal had agreed to terminate the £350k-a-week star’s contract.

Ozil waved goodbye to the Emirates in a post on Instagram before saying his farewells to his Gunners team-mates.

Earlier in the day Ozil told Turkish TV channel NTV: “I am very excited and happy.

“Tonight I will come to Istanbul with my family. The flight time is not clear. I’ll be there tonight.”

Ozil also tweeted a picture of his ‘MO’ logo in Fenerbahce’s club colours – yellow and blue. 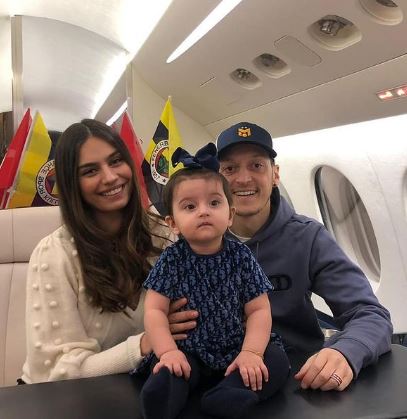 Ozil posted this picture alongside his wife and daughter 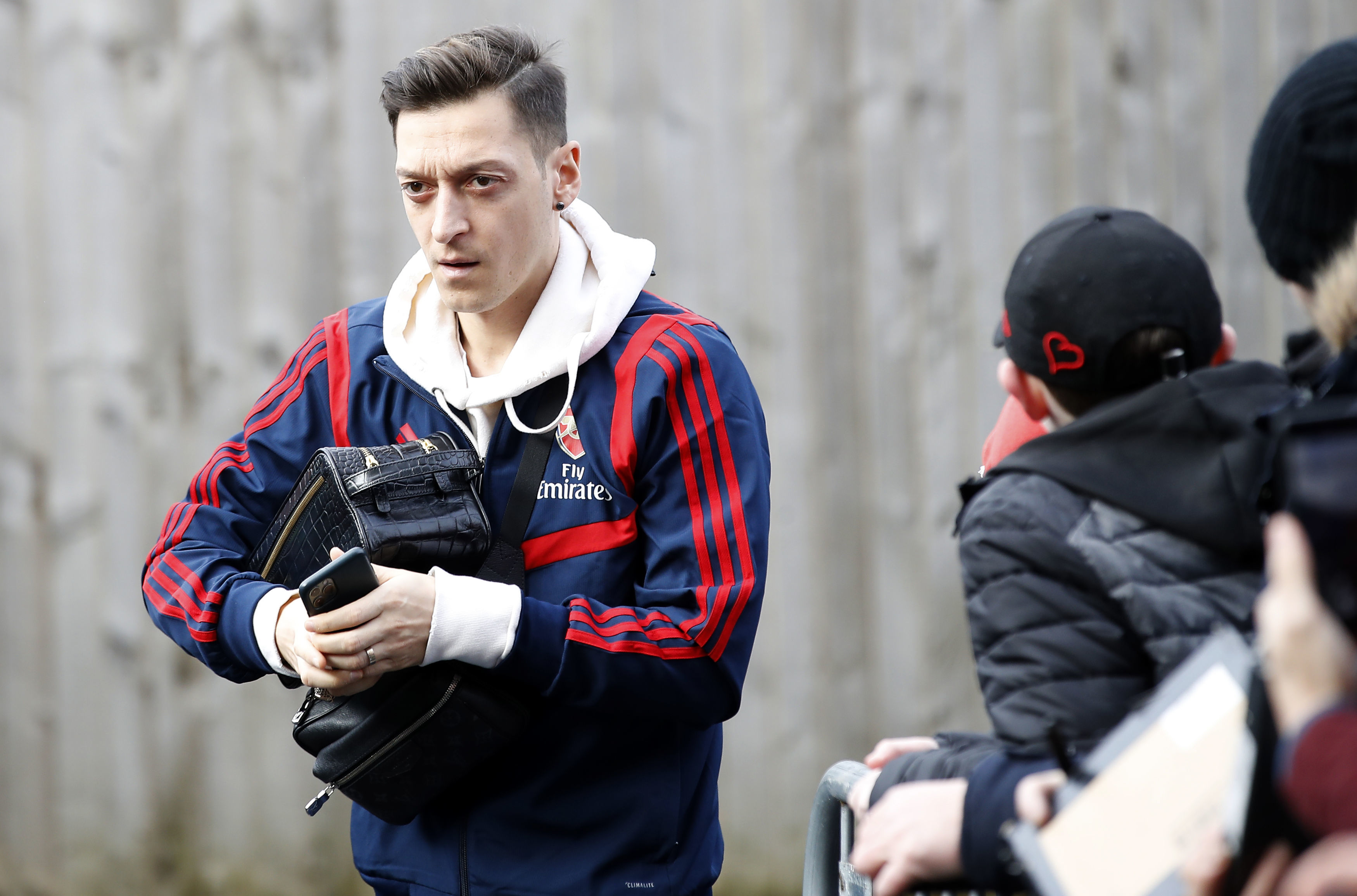 Mesut Ozil has confirmed he is flying to Istanbul to complete his free transfer to FenerbahceCredit: PA:Press Association

He even made it his Twitter avatar to further hammer home his commitment to his boyhood club.

Ozil had been frozen out by Mikel Arteta after being axed from the Premier League and Europa League squads in October.

But Ozil hasn’t played for the club since the 1-0 win over West Ham in March having been frozen out by Arteta.

In a Twitter Q&A earlier this week, Ozil admitted his love for Fenerbahce and even compared them to Real Madrid.

He said: “I grew up as a Fenerbahce fan as a kid in Germany – every German-Turkish person supports a Turkish team when they grow up in Germany.

“And mine was Fenerbahce. Fenerbahce is like Real Madrid in Spain. The biggest club in the country.”