MICHAIL ANTONIO has the goalscoring hopes of West Ham riding on his shoulders but he came up trumps to leave Burnley back in trouble.

The sale of Sebastien Haller has left Antonio as the only striker at the London Stadium so there was no better time to score his first goal since October to sink the Clarets. 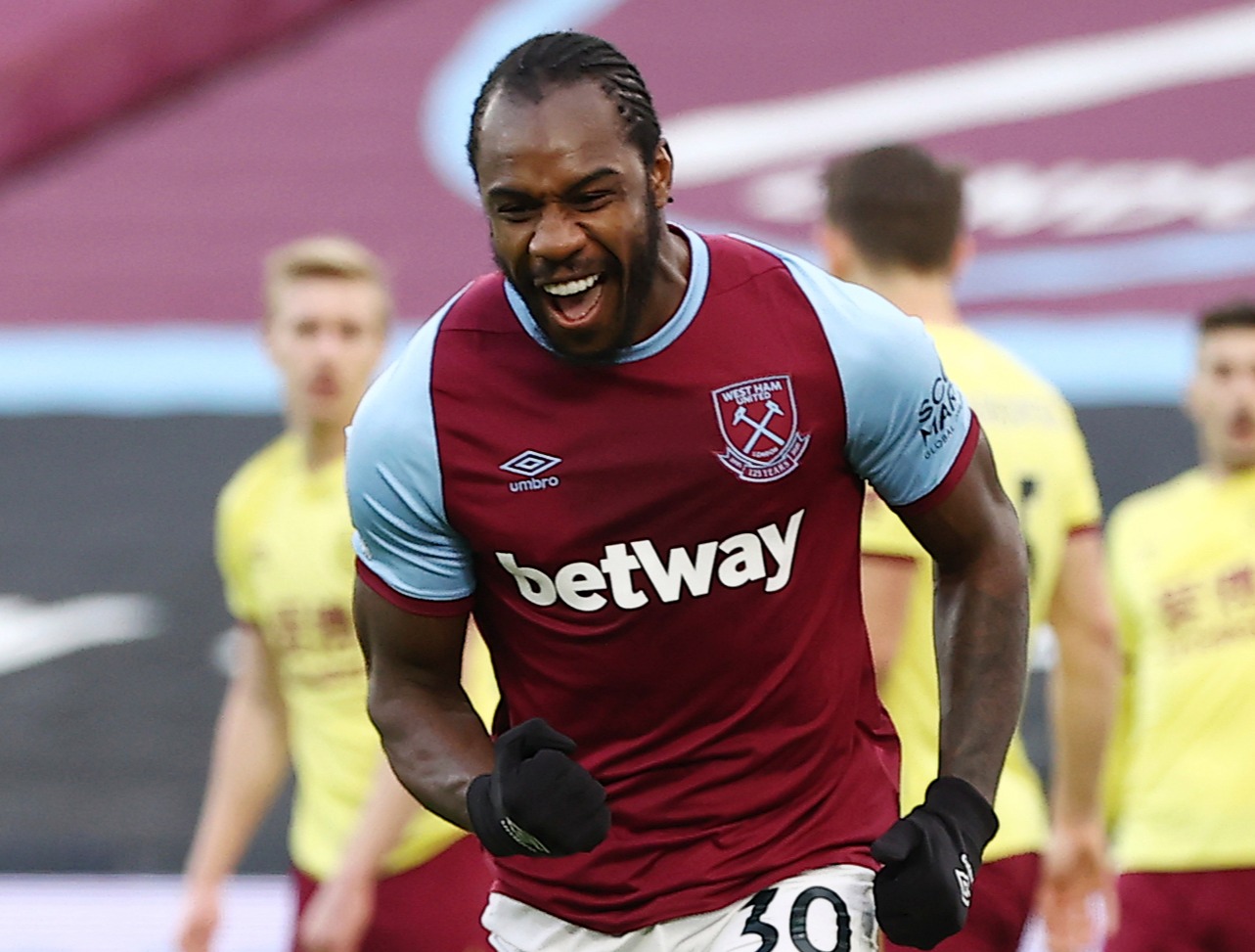 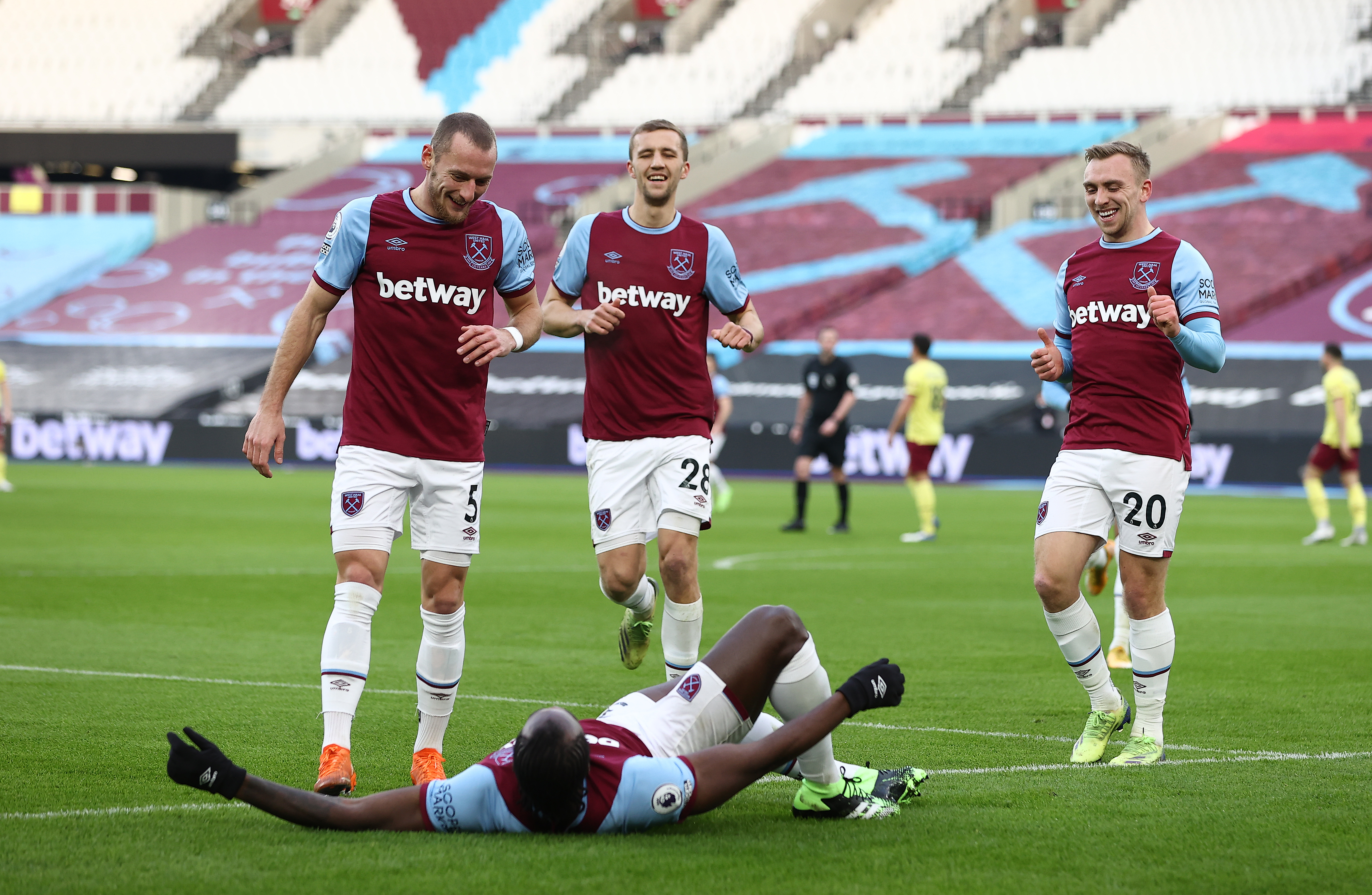 The striker needed just nine minutes to find the back of the netCredit: News Group Newspapers Ltd

There is always a lingering doubt over Antonio’s fitness but when he is playing at his barnstorming best he adds a different dimension to David Moyes’ ever improving side.

The Hammers find themselves in rarefied air on the fringes of the European places, having withstood everything Burnley had to secure a fourth successive clean sheet.

And half way through the season there are still lingering concerns for Sean Dyche about being pegged back into a relegation battle.

One of the most common things heard from managers earlier this season was Burnley would not be in relegation trouble, because at some stage Dyche’s side would click back into gear.

And sure enough, once Ben Mee and James Tarkowski were finally able to link up their partnership in the heart of the defence so results had improved.

Performances had also been better, and even in defeat at Manchester United last week there was plenty to be optimistic about for the team from the North-West.

The problem is, though, that with some of the teams also down near the bottom showing flashes of stringing some good form together, the Clarets are by no means out of trouble.

So Dyche would have wanted his team to go out and do the business against a West Ham team that had not been firing on all cylinders despite losing only one match in a month. 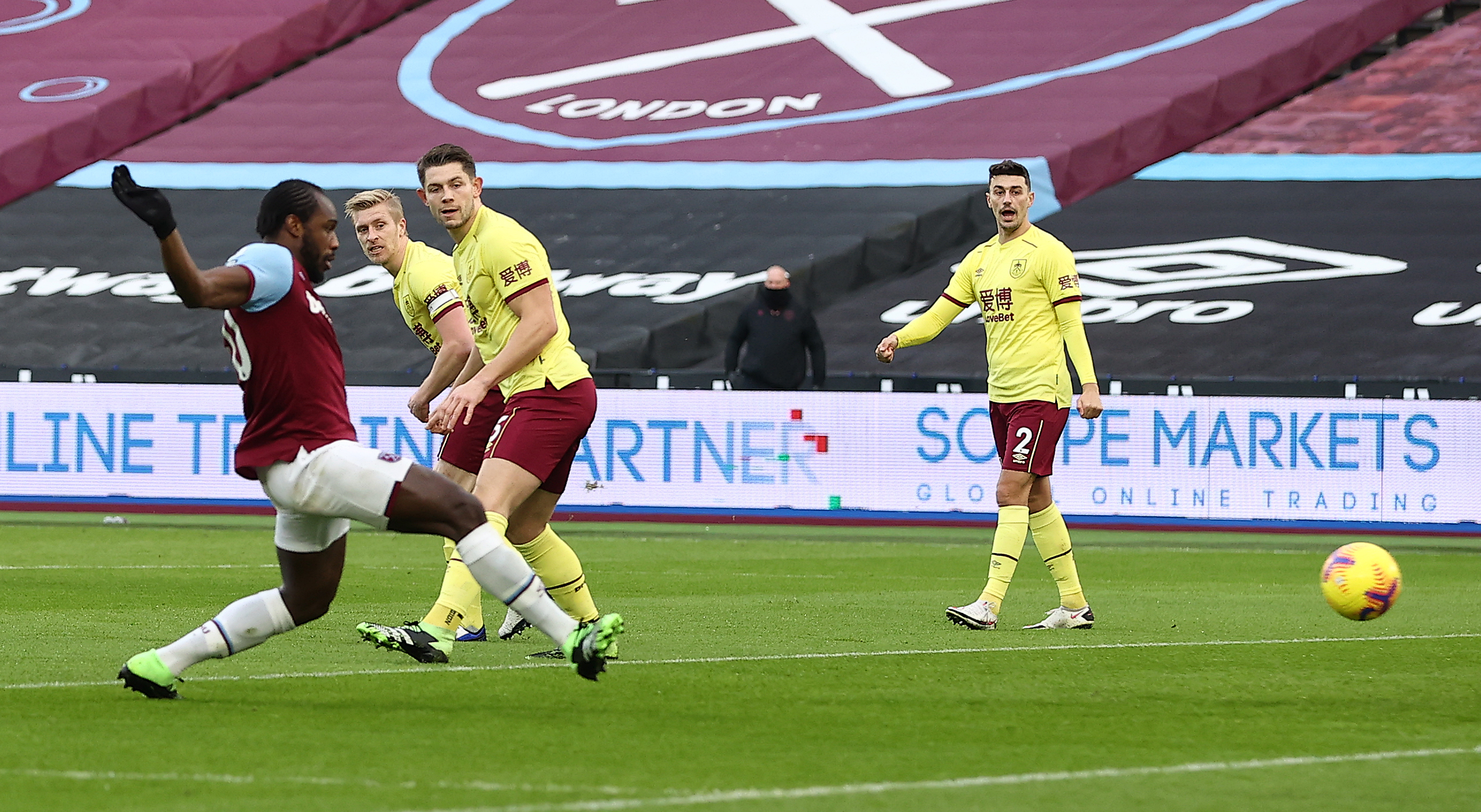 Antonio’s goal ended up being the only successful strike in the gameCredit: News Group Newspapers Ltd 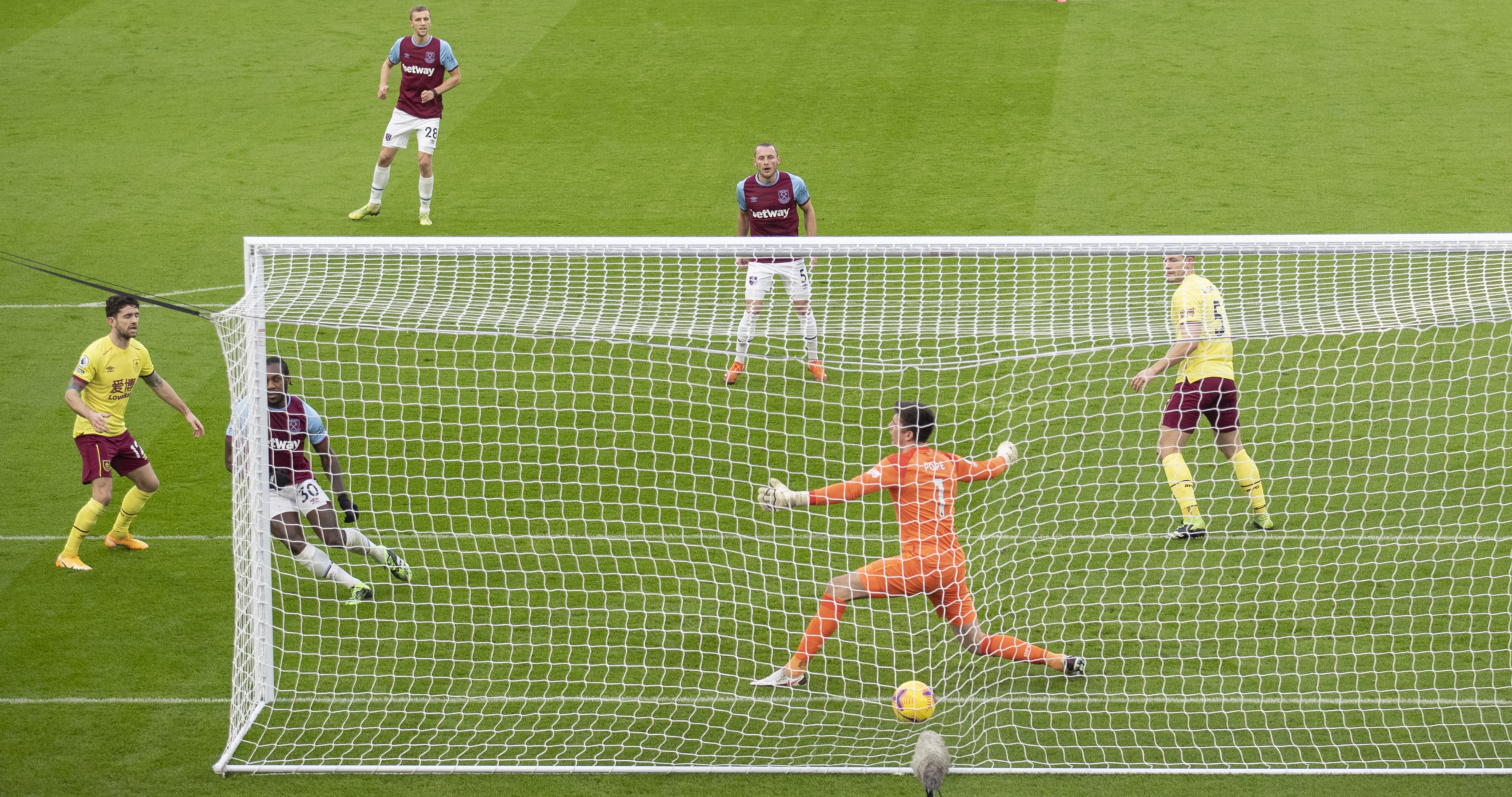 Having started brightly enough as Johann Gudmundsson tried his luck from distance, the signs were promising the Lancashire team might just do the business for their manager.

But within nine minutes the Hammers took the lead, and it was a rare mix-up from Mee and Tarkowski which led to the goal.

They only had Antonio to deal with in the box when Pablo Fornals swung in a cross from the left, but both went to clear the same ball.

In doing so the cross skimmed off the top of Mee’s head, taking out Tarkwoski’s attempt to clear and Antonio was left unmarked to turn home from six yards.

That goal sucked the life out of Burnley for a period as the Hammers dealt comfortably with everything thrown at them, not least in the shape of the excellent Angelo Ogbonna in the heart of their defence.

Declan Rice may have been getting most of the plaudits this season, but there are few defenders in the division playing with the kind of consistency of the Italian right now.

And Ogbonna came within a whisker of doubling the West Ham lead on 33 minutes when he crashed a header against the post from Jarrod Bowen’s corner whipped in from the right.

It was all too predictable from a Burnley side desperately lacking any creativity and Dyche responded by introducing winger Dwight McNeill as a sub at half-time.

But any idea of changing the pattern of play was short lived and if anything West Ham were the ones to move up a gear and they should have put the game out of side within the first 20 minutes after the break.

First Antonio was denied his second of the afternoon when his header was cleared off the line by Mee with Nick Pope stranded in the Burnley goal.

Rice then sent a free-kick fizzing just over before Bowen wasted a great chance by delaying his pass when Said Benrahma was waiting unmarked 12-yards out waiting to fire home.

And only a desperate block from the body of Matt Lowton denied Fornals as he lashed in a volley after Burnley had failed to clear their lines properly from another Hammers attack.

It was all one-way traffic but the chances kept passing West Ham by, and when Bowen fired into the side netting having raced through on goal the Hammers would have feared being made to pay for their wastefulness.

They almost came a cropper on 70 minutes when Mee climbed highest at the far post to send a header just wide with Lukasz Fabianski scrambling to cover his ground.

Burnley sensed an unlikely point might be there for them and for the first time in the game started to attack with real purpose as McNeil saw a lot of the ball out on the left.

And the winger flung in a cross from out wide which clipped the face of the crossbar with Fabianksi beaten as all of a sudden West Ham looked like a side hanging on.

But they saw out the late push from Burnley to get the win they deserved.