GHANA striker Benjamin Tetteh received a red card following a chaotic brawl after a 1-1 draw with Gabon in the Africa Cup of Nations.

The Ghanaians’ hopes of reaching the Last 16 of the Copa Africa were dealt a blow as Andre Ayew’s opener was cancelled out by Jim Allevinah’s late equaliser.

Ghana’s Africa Cup of Nations clash with Gabon ended with a massive brawl between the two teamsCredit: Sky Sports 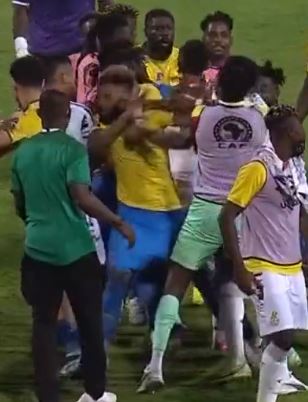 Allevinah’s goal led to a mass argument between the players after referee Lahlou Benbraham’s final whistle and it all soon descended into an intense scrap.

Tetteh, who had come on as a substitute, initially swung a punch at Gabon’s Aaron Boupendza.

The Yeni Malatyaspor ace then had a shoving contest with Andre Biyogo Poko before storming down the tunnel to avoid the ref’s wrath.

But the match official managed to identify the culprit with the help of VAR and demanded the centre-forward’s return to the pitch in order to show him the red card.

Benbraham refused to leave the pitch and ordered Arsenal star Thomas Partey as well as his team-mates to “send No25 out.”

However, the 24-year-old never returned and thus the referee gestured that the red card had been shown.

The official will also include it in his report and the Ghanaian ace will miss his national team’s must-win clash against Comoros on Tuesday.

Milovan Rajevac’s men are third in Group C, which also includes Morocco, with only one point. 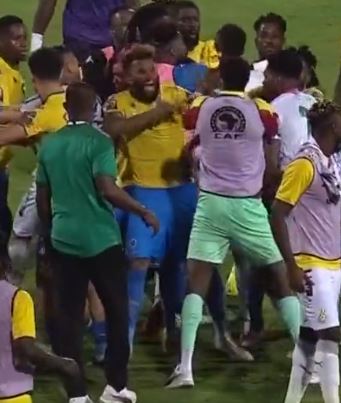 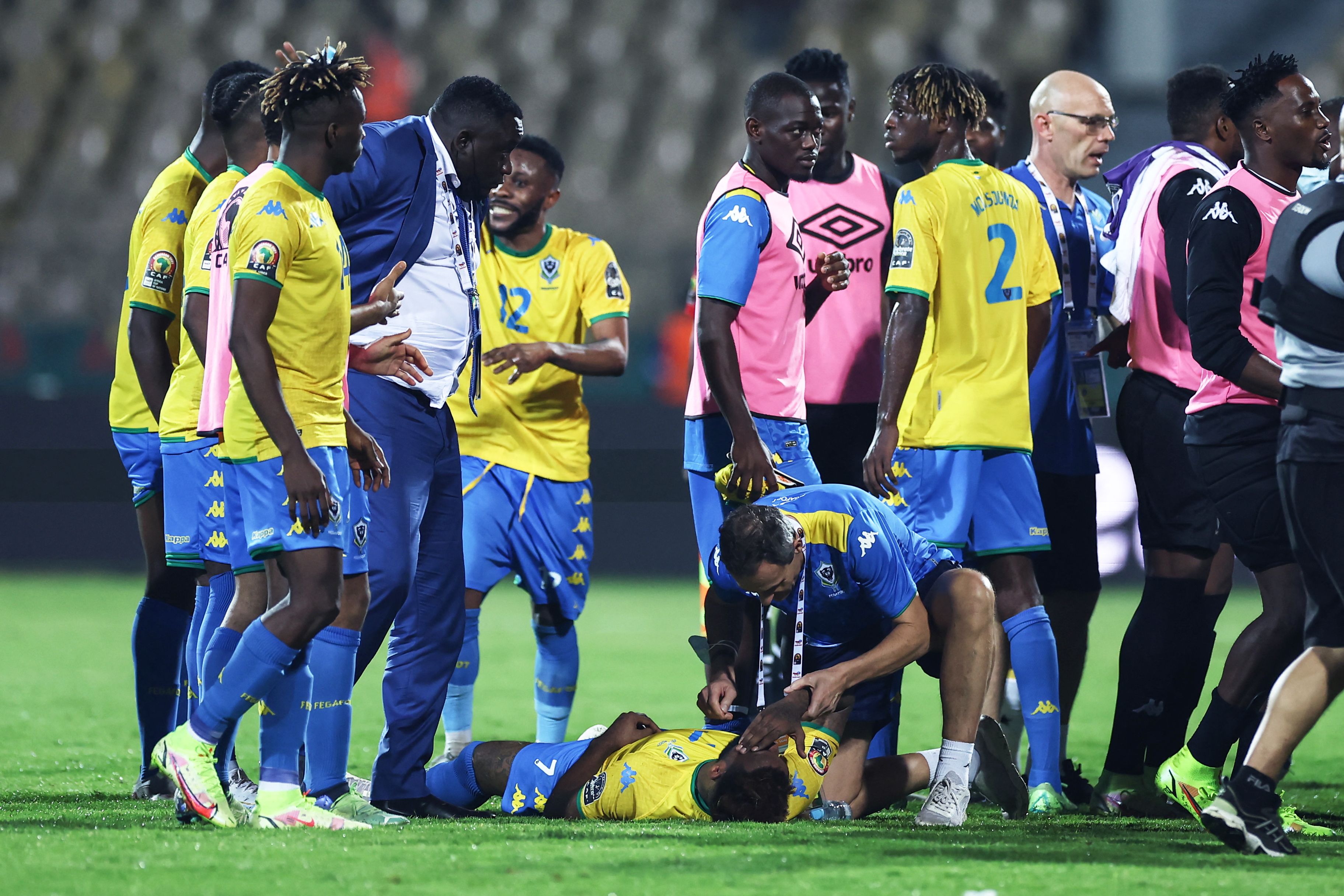 Gabon were missing some key players but still managed to get a result against GhanaCredit: AFP