Mourinho’s men seal Everton FA Cup date as they come from behind thanks to Bale, Winks & Ndombele

WILD THING – you made our hearts sing. 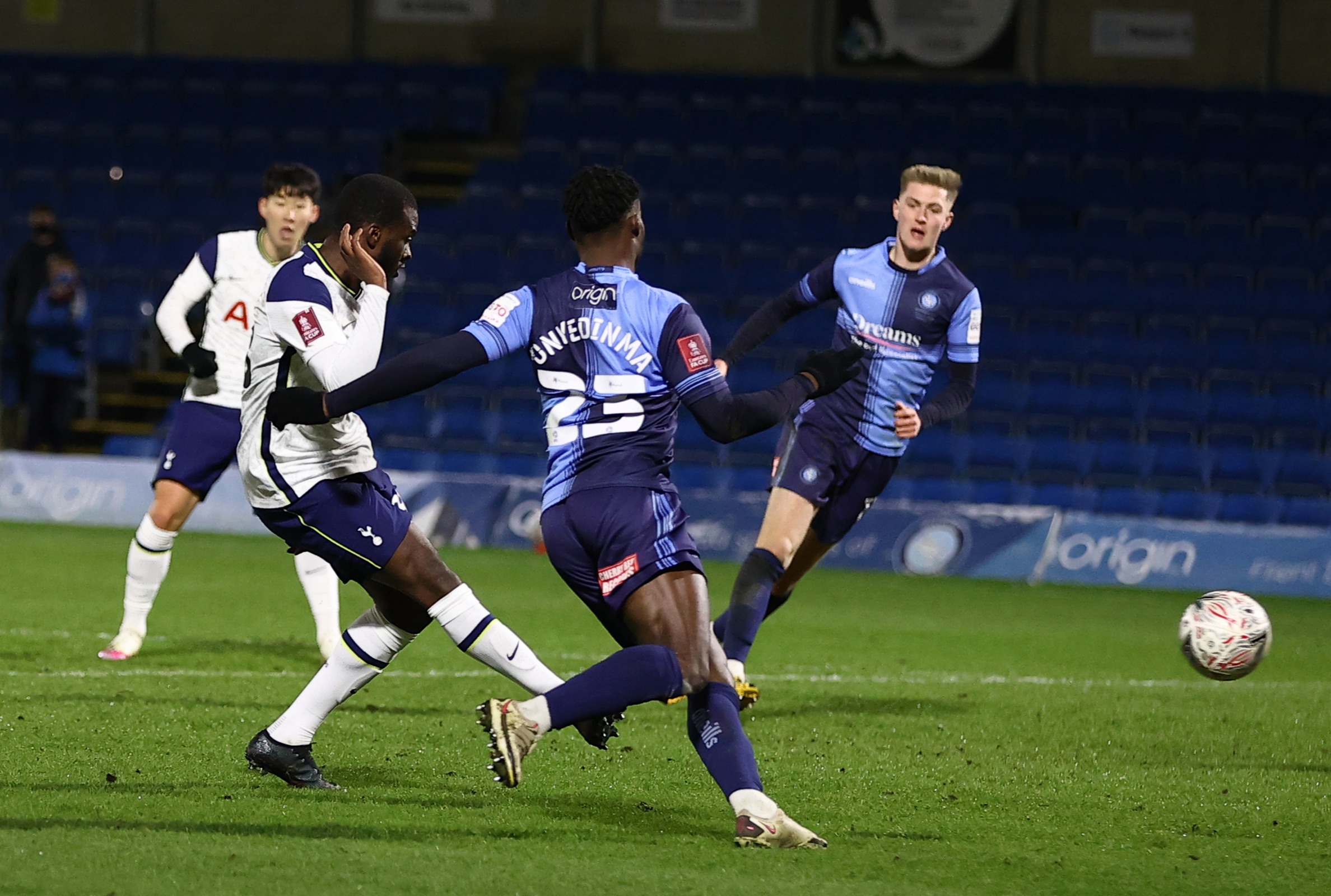 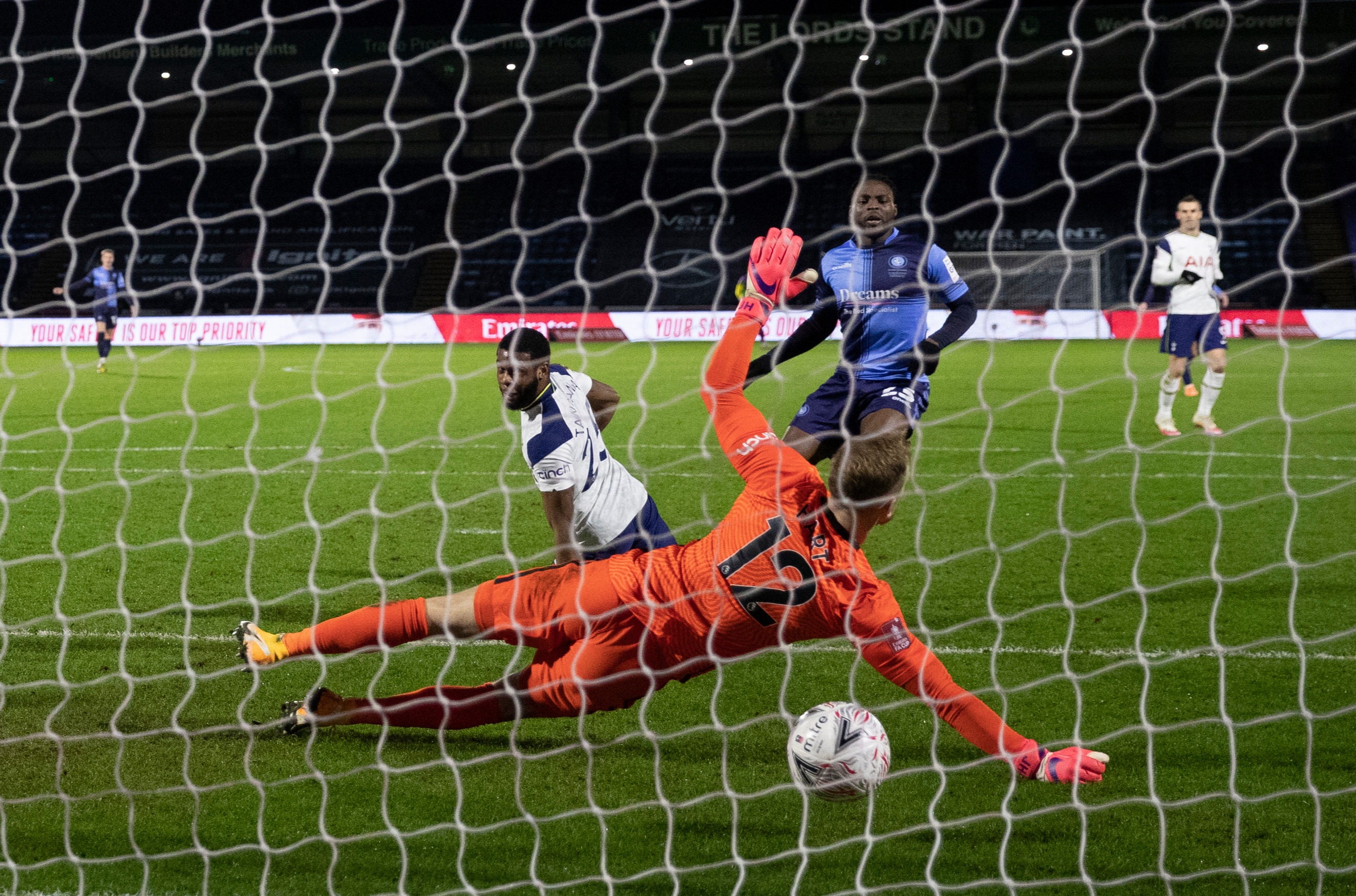 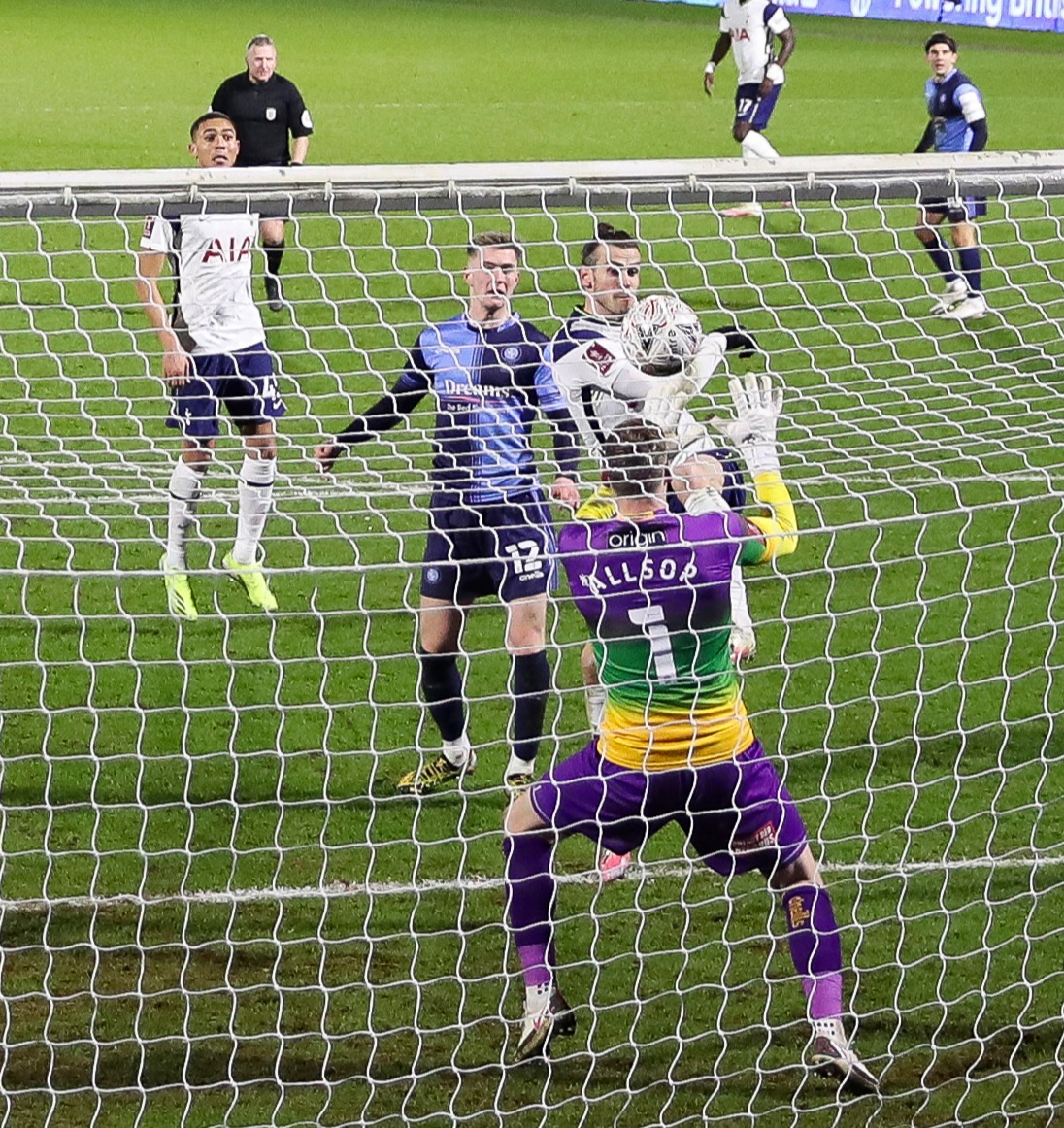 And everything was looking groovy for the Championship strugglers after Fred Onyedinma slotted them into a surprise 25th minute lead.

Even after Gareth Bale levelled for Tottenham on the stroke of half time, the Chairboys still refused to throw in the towel in the face of the Alamo.

And in the end it took a wonder strike from Harry Winks three minutes from time to break the resistance – before Tanguy Ndombele added two more at the death.

It left rocker Ainsworth – nicknamed Wild Thing – singing the blues but with a huge amount of pride.

As for Mourinho, he will be scratching his head after seeing his men hit a bum note again.

His Tottenham are struggling to make sweet music at the moment – tt is more like grunge.

But he is just about managing to get a tune out of his squad at the moment – even if it is not to their fans’ taste.

The Special One will be hoping Bale’s will be able to build on this display and his finishing.

Well, you have to say the years starting in ‘2’ have not been that successful for them so far, in terms of silverware.

The appointment of Mourinho 14 months ago was clearly designed to change that.

Having already guided them to a place in April’s Carabao Cup Final – where they will face Manchester City – he saw his side take a step closer to another Wembley appearance as booked a fifth round trip to Everton.

Mourinho made TEN changes to his starting line-up from the 3-1 victory at Sheffield United in the Prem last time out – and FIVE from the one that began the 5-0 win at Marine in the previous round.

Just like at Marine, the Spurs squad had to get changed in the bar – which under the current conditions has been turned into a makeshift away dressing room.

With snow on the hills surrounding Adams Park, the groundstaff clearly did a grand job in keeping the pitch clear. 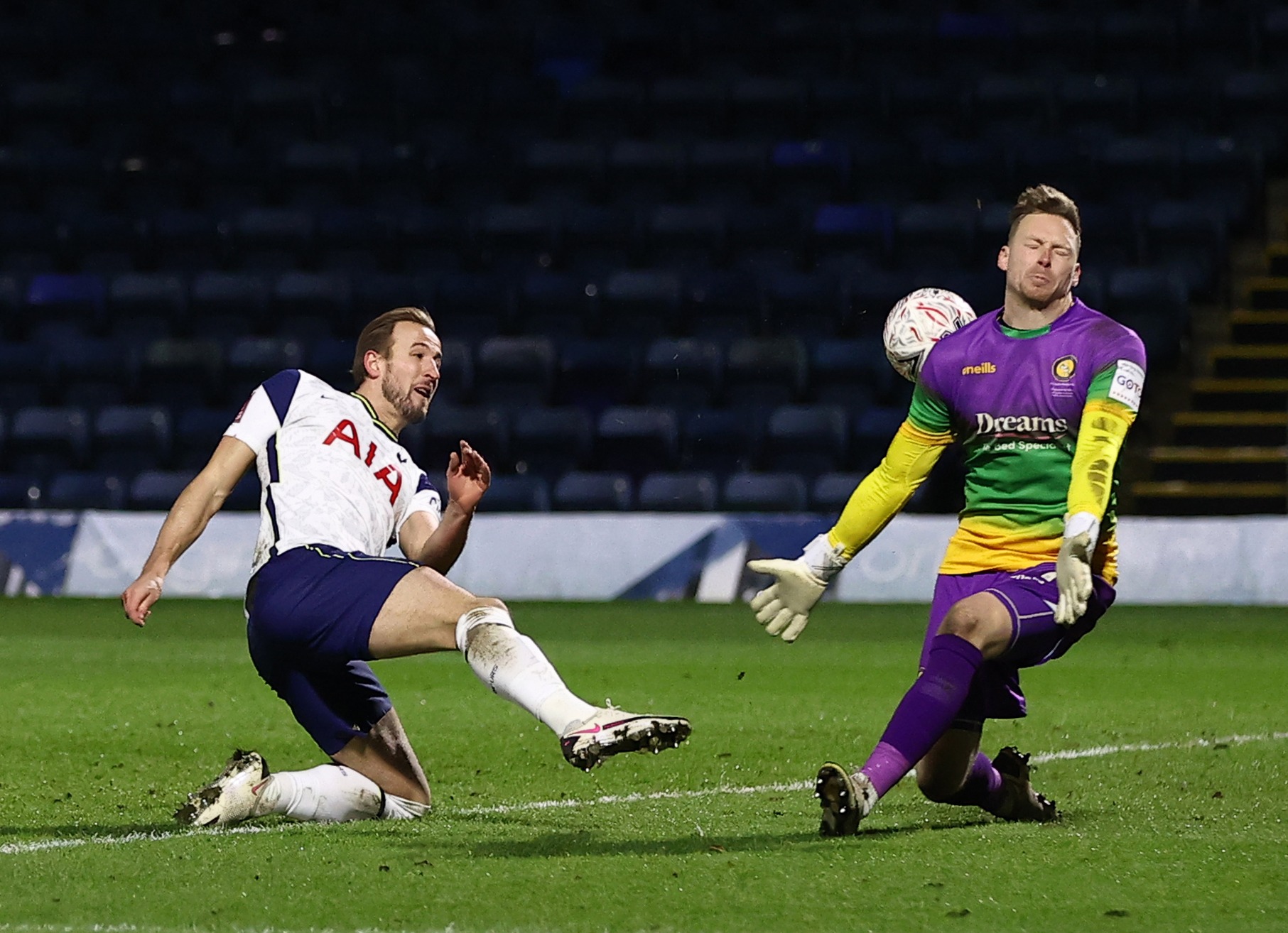 Harry Kane was called into action from the bench as Tottenham searched for a winnerCredit: News Group Newspapers Ltd

Though they must have wished they had not bothered when Bale headed Lucas Moura’s corner wide in only the fourth minute.

Chairboys chief Ainsworth famously fronts a rock band called The Cold Blooded Hearts – but let out a wail of despair as his striker Admiral Muskwe’s header was clawed away by Joe Hart.

Jacobson almost scored direct from the resulting corner with one of his trademark inswinging deliveries which have deceived several second tier defences this term.

Bale then fired wide again before Onyedinma put the hosts in front.

The last time the winger faced Spurs was as a sub for Millwall in their 6-0 quarter-final drubbing in N17 four years ago.

But he will have a better memory of facing the Lilywhites now after turning in a cross from Uche Ikpeazu for only his second goal of the season. 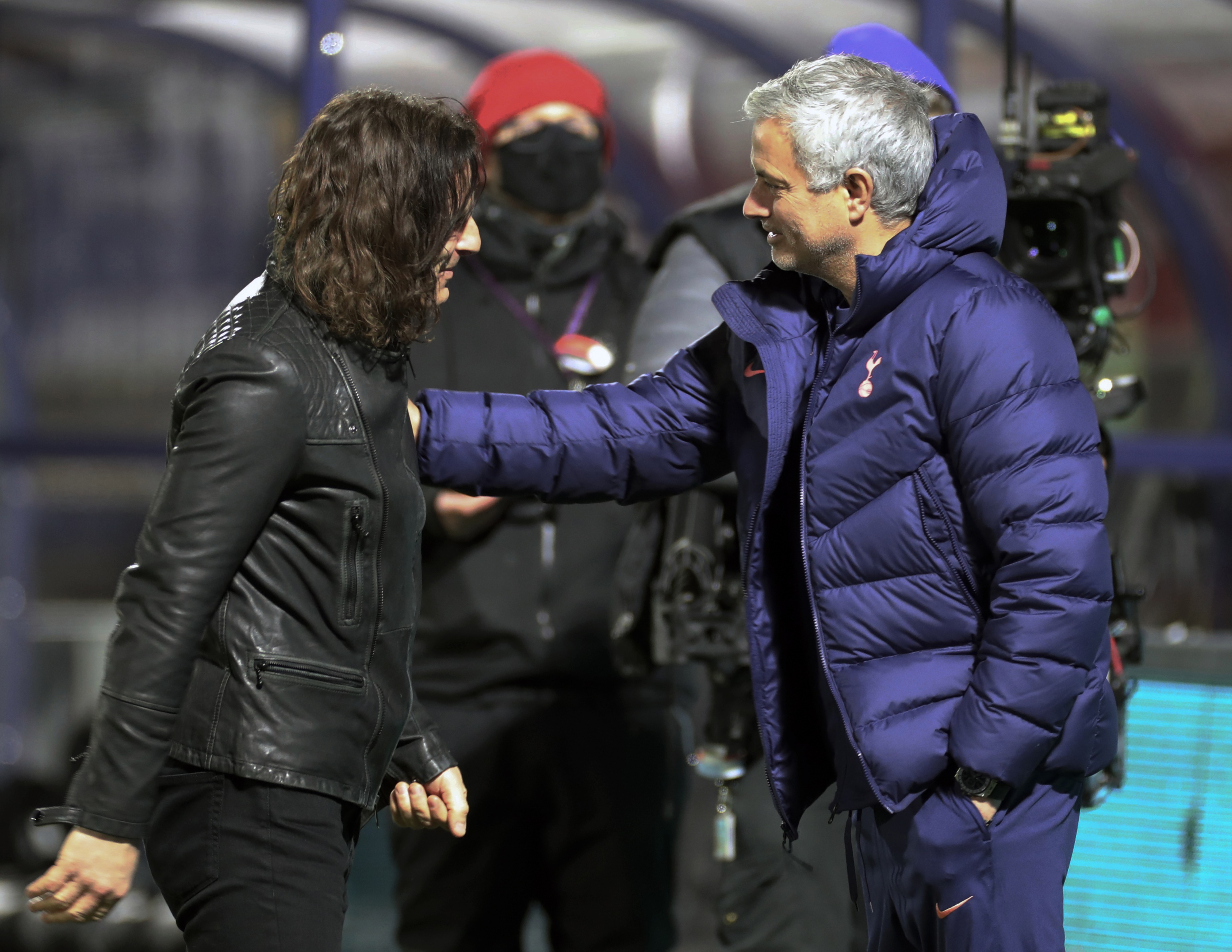 When Bale drilled another chance into the side-netting you wondered if it was going to be his or Tottenham’s night.

But after Moussa Sissoko and Japhet Tanganga had both seen efforts come back off the crossbar, Bale hooked in Moura’s cross for the equaliser in first-half stoppage time.

As expected it was all Spurs in the second half with Bale flashing another shot across goal and Erik Lamela and Moura also going close.

Mourinho sent on Harry Kane and then Son and Ndombele in a bid to break Wycombe’s resistance and Son missed a sitter when he blazed over in the 80th minute.

With extra time looming, Winks curled home a 25-yard shot to make it 2-1 to the visitors before Ndombele side footed a quickfire third 72 seconds later.

The Frenchman then grabbed his second of the night with a fine burst into the box and a powerful finish in stoppage time. 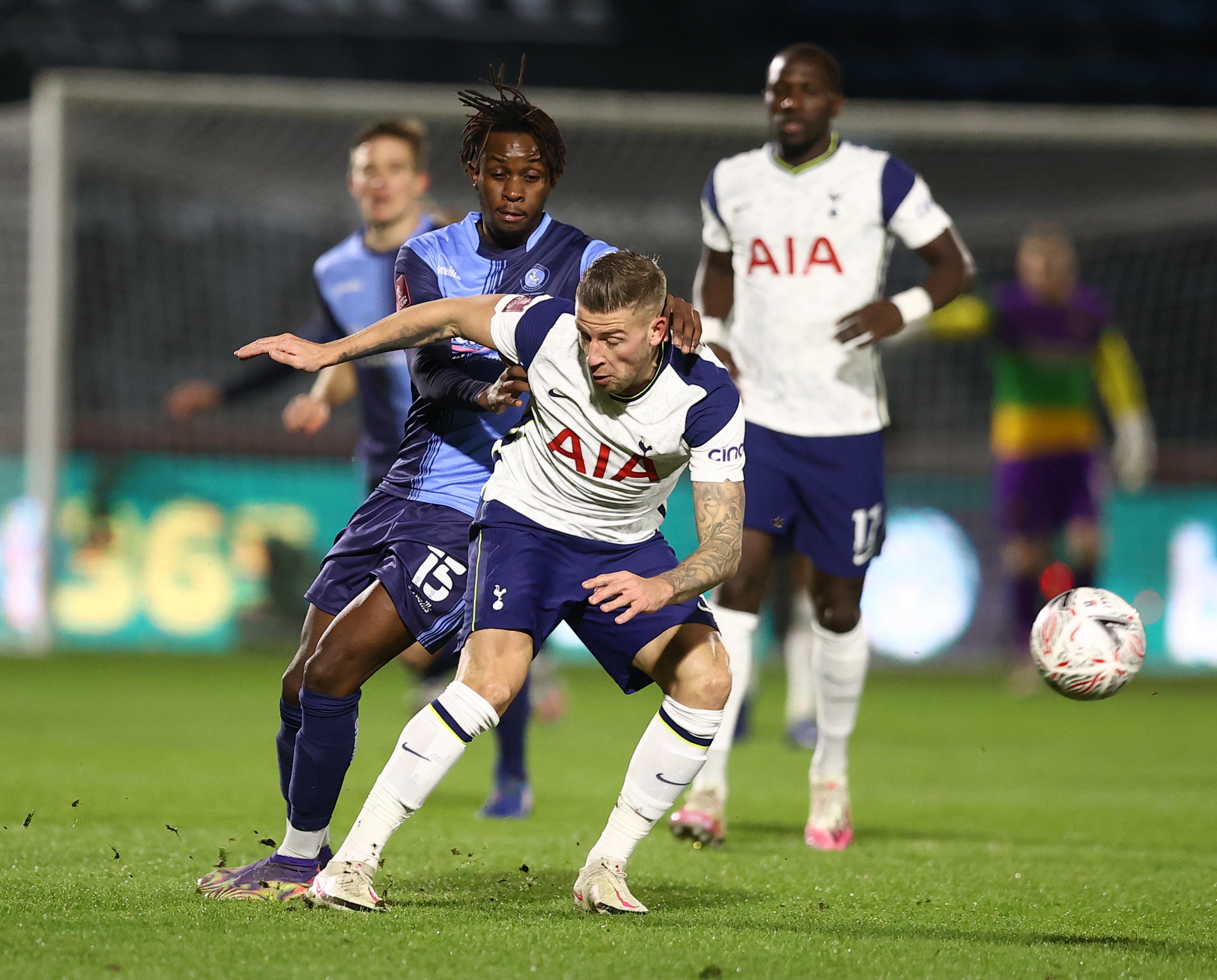 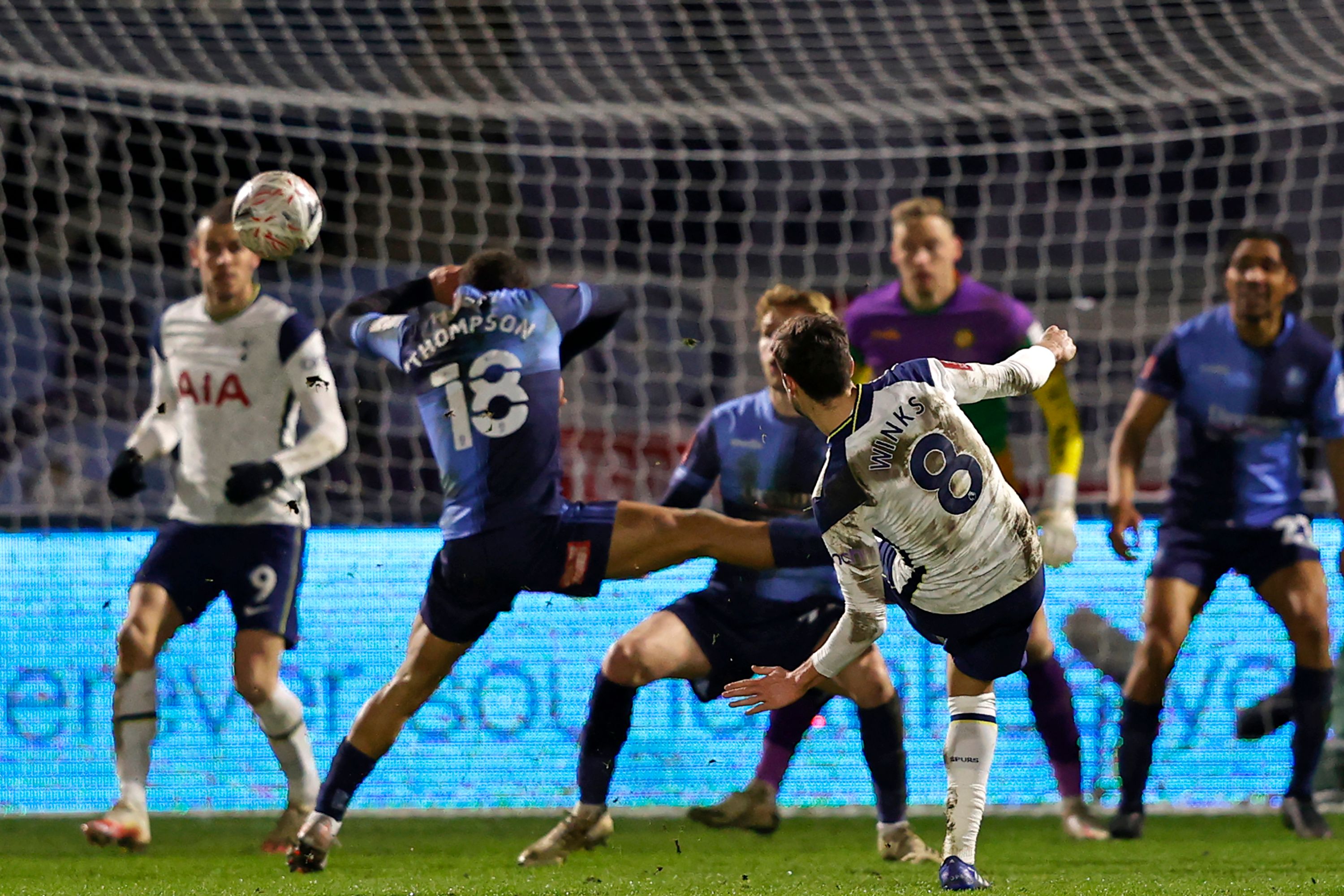