CARSON PICKETT made history this week when she featured in the starting 11 of the United States women’s side that beat Colombia 2-0.

On Tuesday the left-back, 28, – who was born without a left hand and forearm – became the first person with a limb difference to play for the team.

Carson Pickett made history with her appearance in the United State’s women’s national team’s defeat of ColombiaCredit: Getty Images – Getty 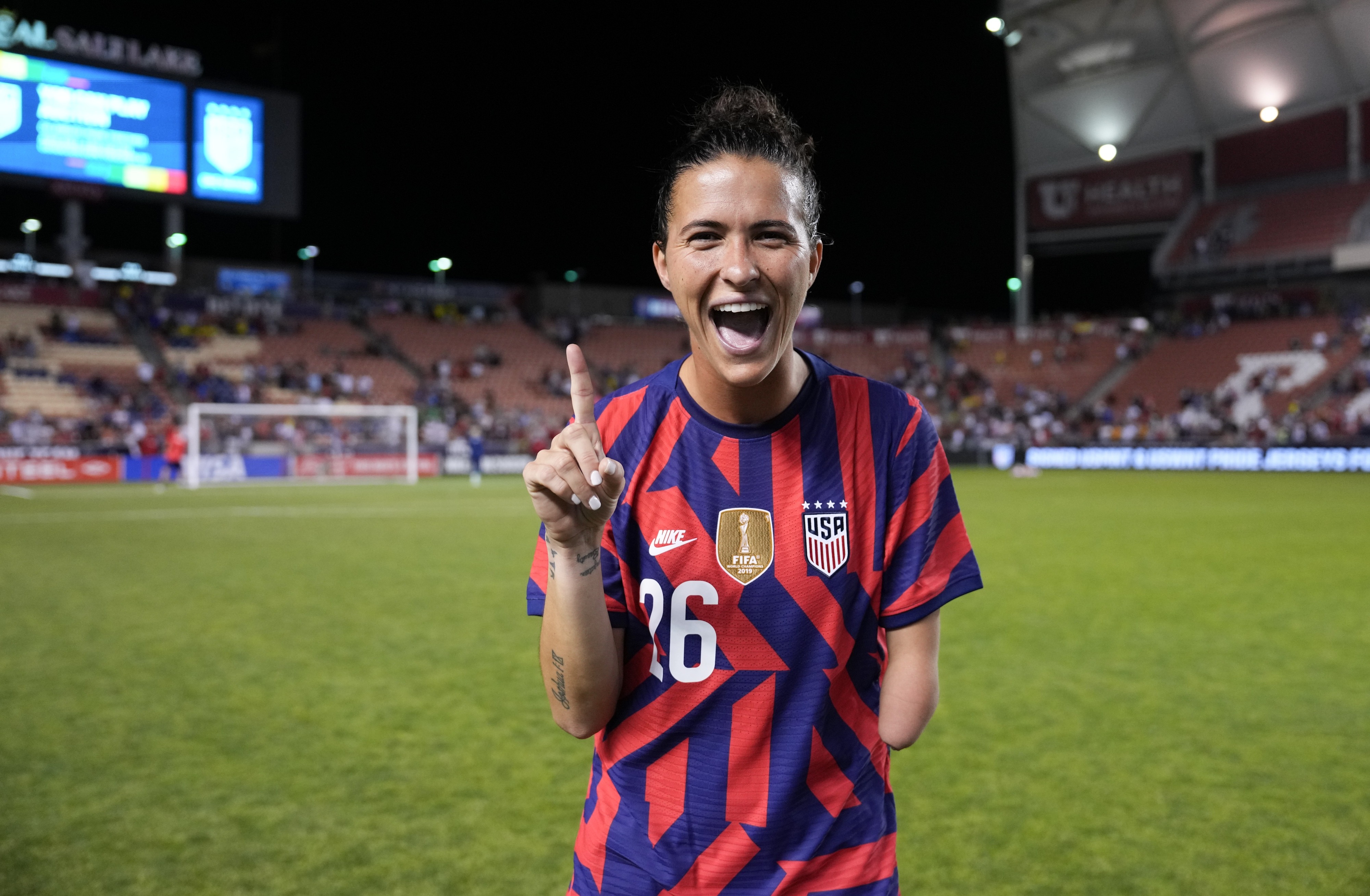 The NWSL star became the first footballer with a limb difference to play for the four-time World Cup winnersCredit: Getty Images – Getty

Pickett’s historic performance comes in a month in which defender made her 100th appearance in the National Women’s Soccer League.

And the North Carolina Courage ace helped the United States to extend their unbeaten run of games played in their country to 69.

Of the defender efforts, national United States head coach Vlatko Andonovski said: “Carson did very well in training for us in last week.

“With the management of minutes for Emily Fox that we had, we felt like Carson would be a good replacement.” 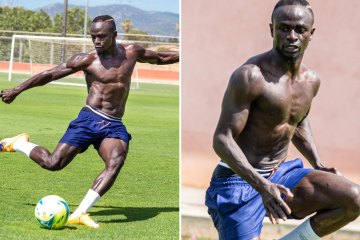 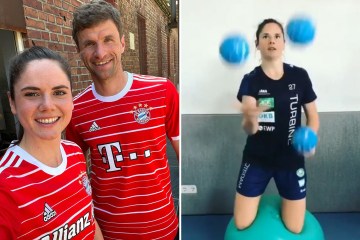 “I’m happy that she was able to perform well for 90 minutes.’

The friendly victory at the Rio Tinto Stadium in Salt Lake City was the USA’s second defeat of Colombia this year.

The result followed the USA’s 3-0 trouncing of their opponents on Sunday with the team set for a Concacaf Women’s Championship clash with Haiti on July 5.

The defender, who has made 25 appearances for North Carolina Courage, took to social media to share her thoughts on living with a limb difference.

And the USA ace, who moved to her club in 2021 after a two-year Orlando Pride spell, hopes to inspire others not to feel ashamed.

I hope to encourage anyone who struggles with their limb difference to not be ashamed of who they are.

In a post shared with her 63,000 followers on Instagram in April, Pickett wrote: “While I know that I am confident and comfortable with showing my arm, I know there are so many people in the world who aren’t.

“The feeling of being different and the anxiety of not fitting in is something that I have been through – wearing sweatshirts in the dead heat of summer to hide my arm.

“This month is really, really, special, important and should be celebrated.

“I hope to encourage anyone who struggles with their limb difference to not be ashamed of who they are. 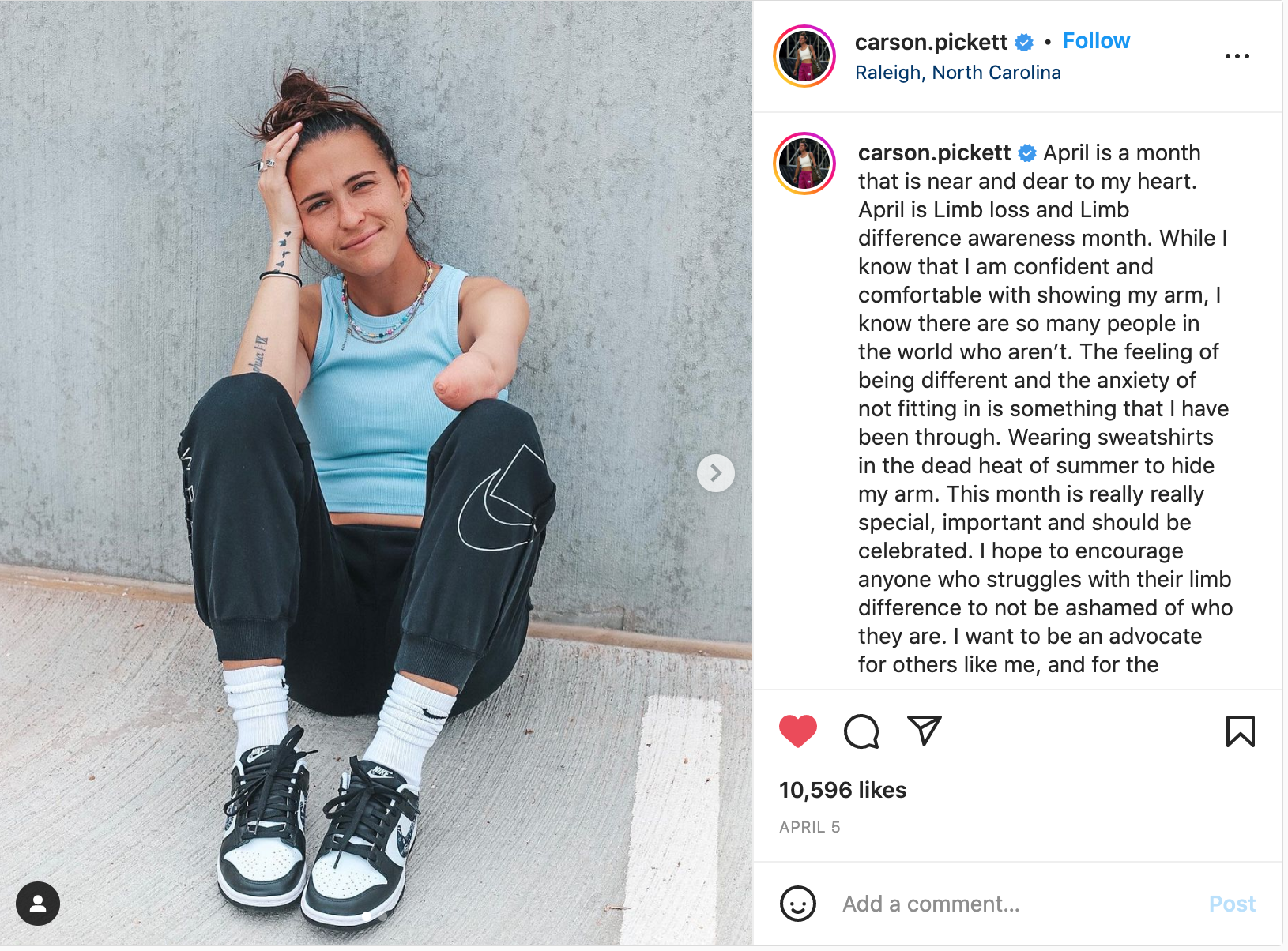 “I want to be an advocate for others like me, and for the longest time, I didn’t use my platform well enough.

“Let’s all try to love ourselves no matter what we look like and let’s all be kind to each other above all else.

“Different people are my kind of people. The world needs more of that.”

Good morning United fans Casemiro will become one of Manchester United’s all-time top earners in a £60million switch from Real...