AS the Euros loom larger and larger, Patrick Bamford is staying true to his word.

Match Tottenham’s Harry Kane, he said, and the dream of forcing his way into Gareth Southgate’s squad could become a reality. 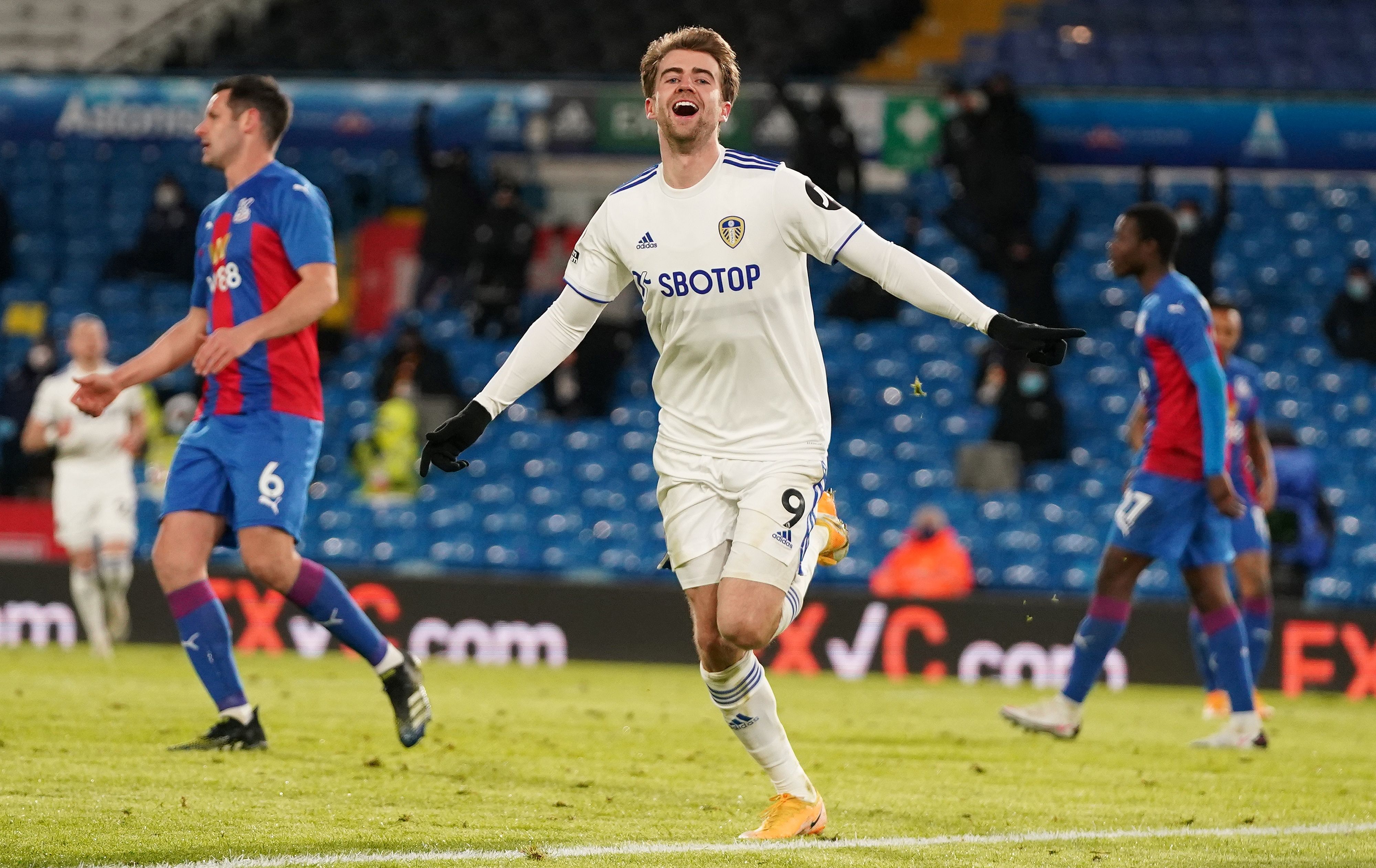 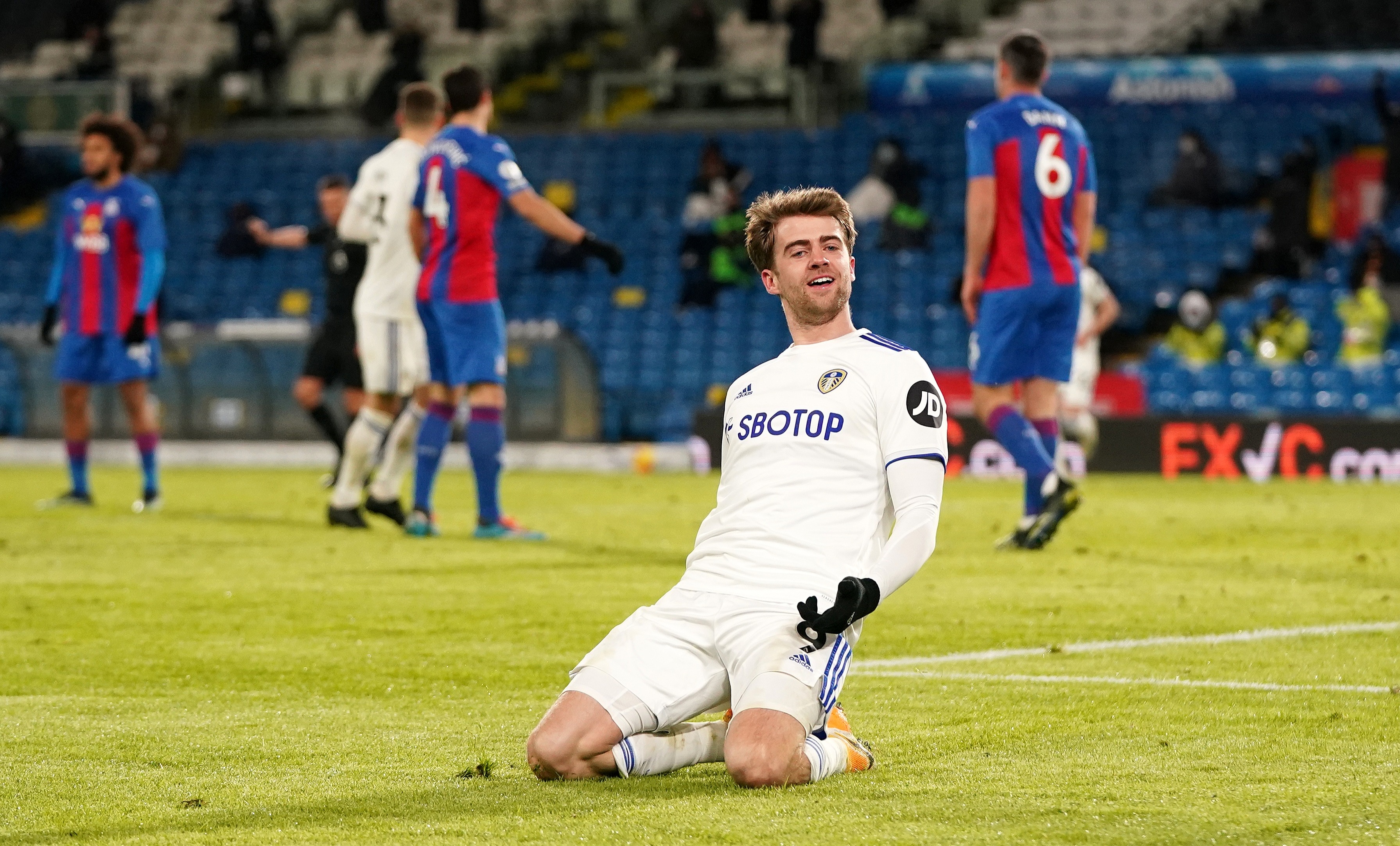 Leeds are now in the top half of the league after moving above ArsenalCredit: Getty – Pool

With Kane just ahead on 13, the former Crystal Palace loanee notched his 12th of the season – and 100th of his career – as Leeds leapfrogged Arsenal into the top 10.

Jack Harrison bagged the first, his sixth of the campaign, as Marcelo Bielsa’s boys barely had to break sweat to swat aside sorry Crystal Palace.

Seventeen points clear of the relegation zone in their first year back, the Whites have five more points than fellow new boys Fulham and West Brom combined.

Europe may be one step too far for the Whites. Then again, beat Arsenal on Sunday and it’s game-on again.

The Eagles last won when missing their talisman two years ago – and not for a second did they look like ending that curse here.

The toothless South Londoners were miles off it, pre-occupied by the state of the patchy new Elland Road pitch – on its second outing after Leeds paid Tottenham £300,000.

While Bielsa named an unchanged 11, Hodgson handed striker Jean-Philippe Mateta a debut in the absence of the injured Zaha. 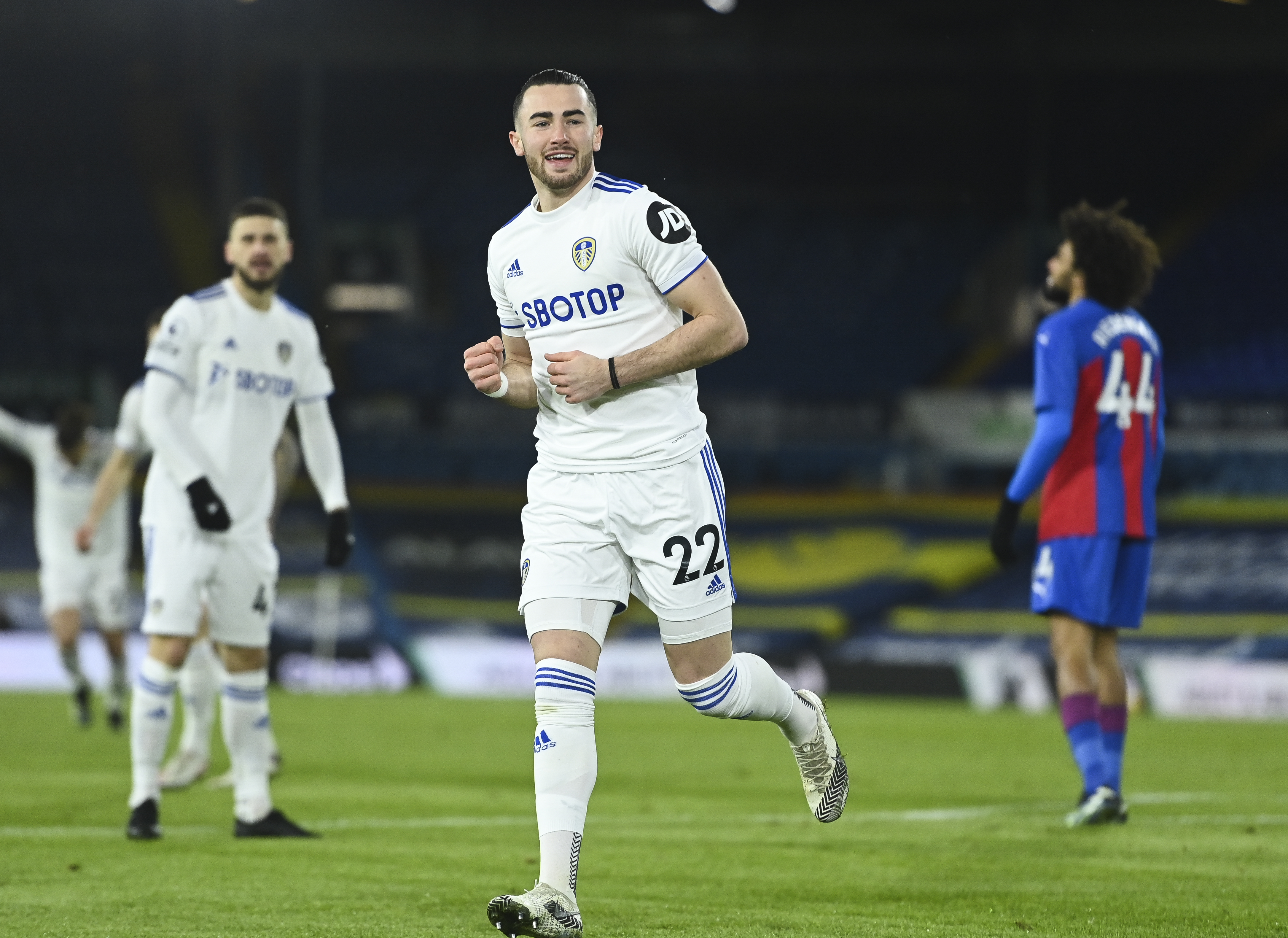 Jack Harrison was also on the score sheet as Leeds made light work of their hostsCredit: Kevin Quigley-The Daily Mail 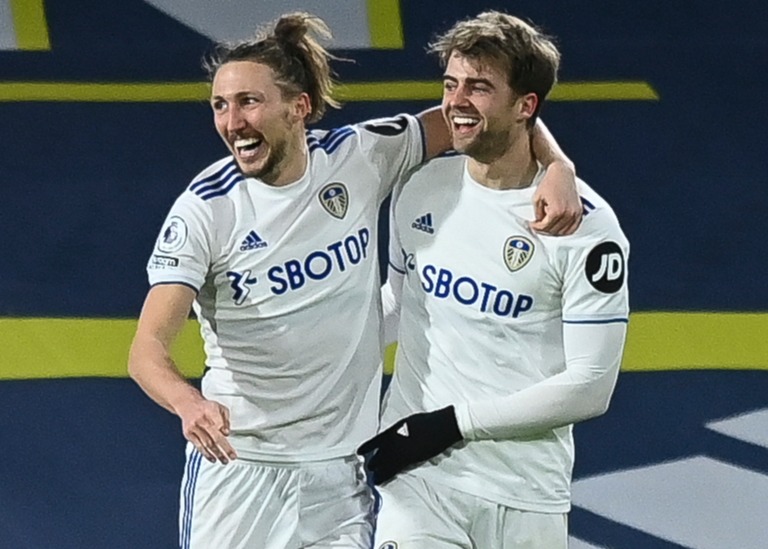 Leeds still have a game in hand over the GunnersCredit: Kevin Quigley-The Daily Mail

Signed on loan last month from Mainz in Germany, the Frenchman could not have imagined a worse start after gifting Leeds the opener three minutes in.

A horror first touch in his own half allowed Mateusz Klich to nip in and steal. The Pole then played on to Stuart Dallas, who found Harrison on the edge of the box.

And the Manchester City loanee took one touch before firing his third goal in four games off a sliding Gary Cahill and through Vicente Guaita.

Leeds continued to stream forward, with Bamford – who made just six sub appearances at Selhurst Park in 2015 – guilty of initially not extending the lead.

The first two – a near-post header well saved, another nodded wide – were tricky, but he should have buried the third. 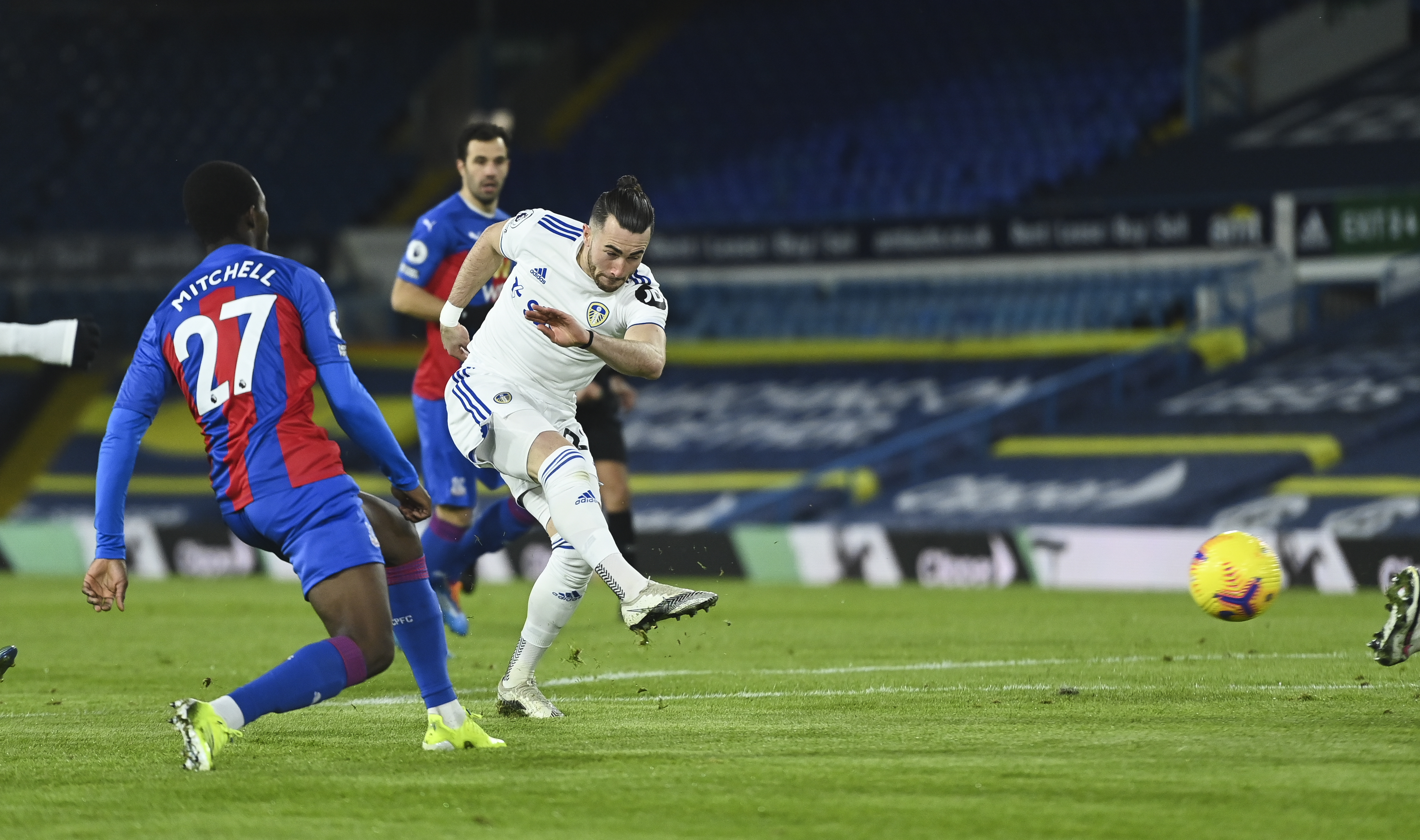 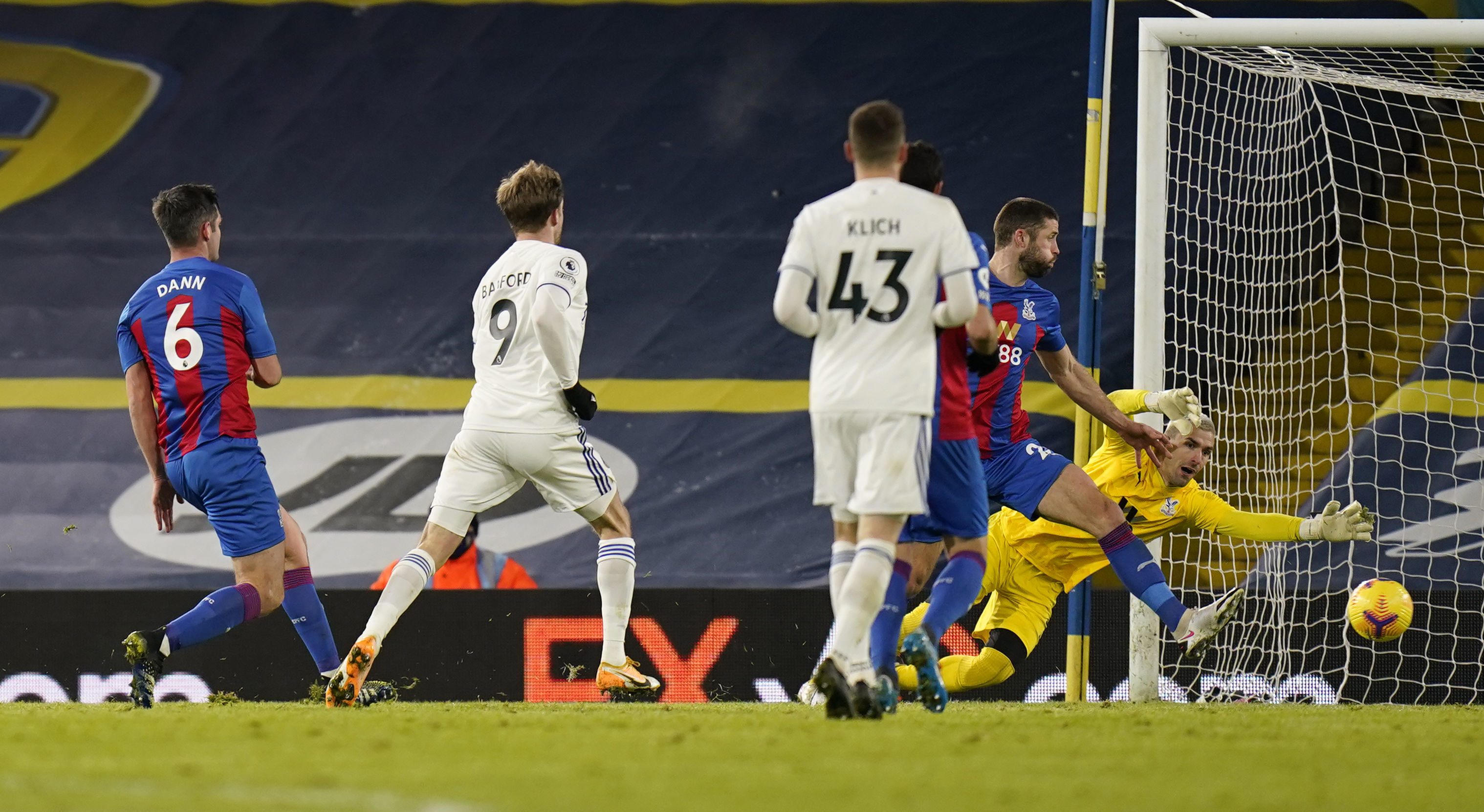 Bamford put the game to bed in the 52nd minuteCredit: PA:Press Association

Pouncing on Luka Milivojevic’s weak ball on halfway, the striker knocked it in behind Cahill and raced in on goal but leant back and skied horribly over.

But the miss was soon overshadowed by Pascal Struijk, who spooned a gilt-edged chance yards wide.

After a corner came back out to him, Kalvin Phillips put it on a plate for the defender but, unmarked and with the goal gaping, he somehow headed wide.

As leaky as they are at the back, Bielsa will have been furious for not putting the game to bed.

Palace barely mounted an attack, with a tame long-range effort straight at Illan Meslier as good as it got before the break. 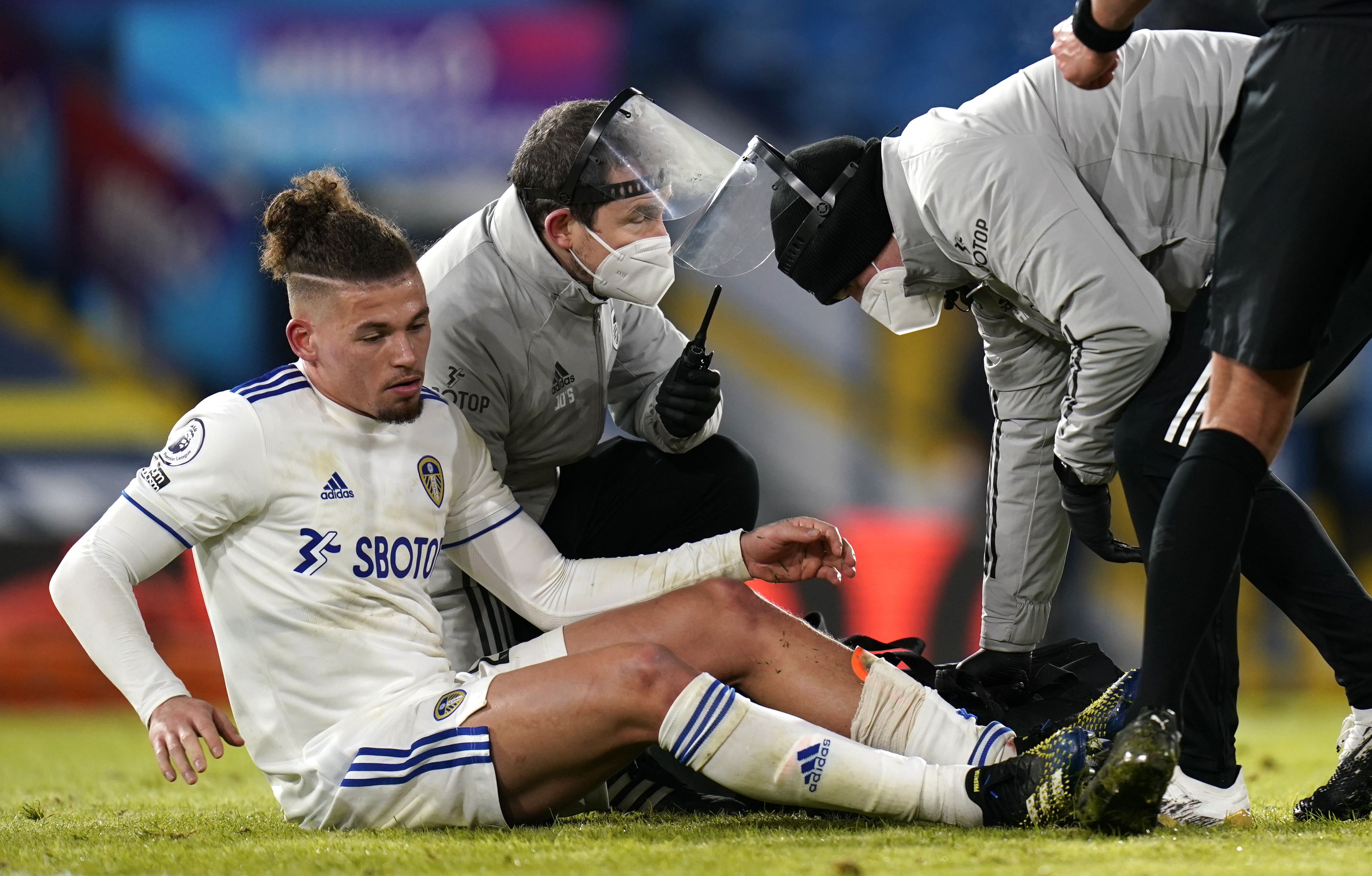 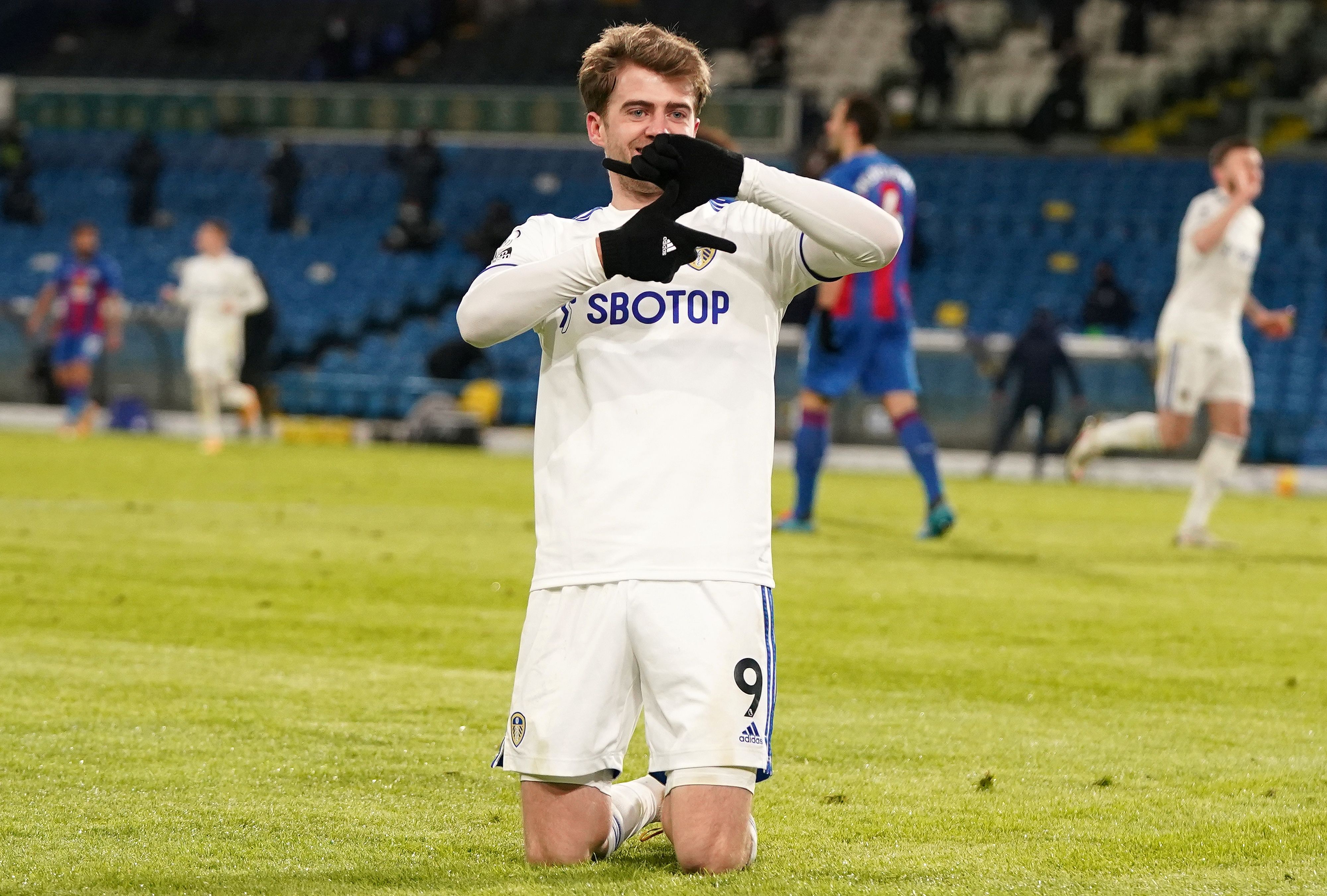 It was a night to remember for Bamford as he reached a career milestoneCredit: AFP

And their night was as good as done when Leeds pounced on Scott Dann’s feeble clearance within seven minutes of the restart.

Klich then played a majestic reverse ball to the ever-impressive Raphinha, whose first-time stinger was only denied by a superb one-handed Guaita save.

But it fell straight into the path of Bamford, 27, who bundled his 100th career goal into an empty net.

Eberechi Eze was a rare shining light for the visitors but wasted a golden chance to get them back in it, smashing over from 15 yards.

At the other end, Harrison leathered one off the bar and away with six minutes remaining.

But no harm done, with Leeds holding out for a rare clean sheet – with Bamford again the darling of Elland Road.